What Are You Reading? - March '08 Edition Finally and honestly, this time.
W

Gormenghast trilogy. I scored all 3 books for 2.50 total. Score.
O

I'm rereading The Time Traveler's Wife by Audrey Niffenegger. First time I've ever read a book more than once by choice, if that tells you anything of the quality of the writing. Probably my favorite book, absolutely recommended.

Books are cheap when you know where to get them . Used books yay
E

Orellio said:
I'm rereading The Time Traveler's Wife by Audrey Niffenegger. First time I've ever read a book more than once by choice, if that tells you anything of the quality of the writing. Probably my favorite book, absolutely recommended.
Click to expand...

It's been on my to read list for a year or so now. I really need to pick it up.
G

Slowly reading through Fahrenheit 451. Oh, it's better than sex.
W

Fuzzery said:
Books are cheap when you know where to get them . Used books yay
Click to expand...

Yeah, Half-Price Books ftw. All 3 of them are copies from the 70s, and they are pristine. Previously unread. Perfect spines and paper.
O

Eric WK said:
It's been on my to read list for a year or so now. I really need to pick it up.
Click to expand...

Dude. So good. There is quote by someone that goes like "Turning the last page of a good book feels like losing a close friend." The only two books I've read that have made me feel this way was this and Dry by Augusten Burroughs. But Dry was an autobiography. The Time Traveler's Wife has probably the most fully realized fictional characters I've ever read about (Though I'm not that well read so..). Can't recommend it enough.
F

White Man said:
Yeah, Half-Price Books ftw. All 3 of them are copies from the 70s, and they are pristine. Previously unread. Perfect spines and paper.
Click to expand...

Bigwords.com is so, so awesome too. (It searches through all online book sites and gives you best prices, very very handy)
F 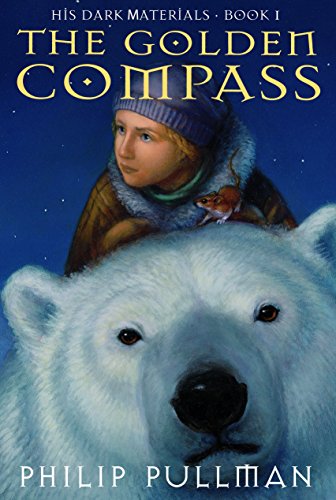 I saw the movie two nights ago for a dollar.

Needless to say, the movie itself is the worst movie I saw in 2007, but the story twists were so good I just had to read the book.

I mean, they did the same thing to my Eragon. God, that movie sucked, but I love the book. :lol
C

I recently reread this. Made me cry ={ Beautiful book.

The Great Philosophers - Stephen Law
B

This is my favorite book. Funny, sad, awesome. Whilst in grad school I saw DFW read and afterwards I thanked him for making it seem feasible to be a funny writer and still do great work. He said that was sweet of me to say.

A CLASS ACT ALL THE WAY.
S

I started reading The Prince of Nothing a while ago. I've only read about 200 pages of the first one, but I'm enjoying it thus far.
U

I just started reading Shogun and I've been on a big literary adventure kick. So I'm also reading Outlaws of the Marsh
S

Trying to get into and through I Am Legend, since the film was terrrrible.. Once I finish that, I plan on starting Dan Simmons' Olympos or Kenneth Oppel's Airborn.
D

I whinny my fervor lowly, for his length is not as great as those of the Hylian war stallions

I saw the movie two nights ago for a dollar.

Needless to say, the movie itself is the worst movie I saw in 2007, but the story twists were so good I just had to read the book.

I mean, they did the same thing to my Eragon. God, that movie sucked, but I love the book. :lol
Click to expand...

I'm currently reading (listening) to the second book (The Subtle Knife)
I did not watch the movie, and something tells me I should skip it

The His Dark Material series managed to be the best and worst books I've ever read...
K

Having recently discovered The Wire... 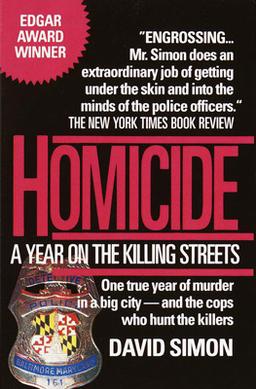 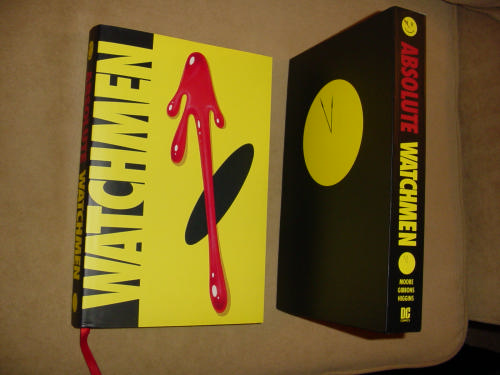 JUST GOT BACK HOME WITH IT!!!

I had had it in storage at my old digs for a long while and oh my lord I'd forgotten how amazing this book looks at this size.

And know I have something to pummel Zach Snyder with, should the need occur!

I read that recently as well (huge fan of The Wire here). I am currently reading "Clockers" by Richard Price, who is a writer on The Wire.
Click to expand...

Collected Stories by Gabriel Garcia Marquez. Very strange little stories, mostly about death. Many of the stories are related to each other, or to "One Hundred Years of Solitude" in some way.

Going to start this tomorrow: 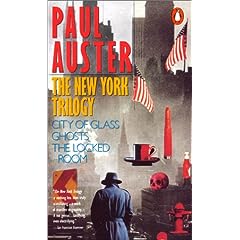 The New York Trilogy by Paul Auster. Someone recommended it on this board a good while ago. I'm not familiar with Auster's works, but this looks very interesting. I've got the Penguin Deluxe-edition with the cool cover and thick paper.

Also reading through History of Norway - 1860-1914 by Jostein Nerbøvik for my studies. So far it's mostly been about emigration to the US. Norway wasn't very exciting in the late 1800s.
M

I generally discover new books which haven't been publicized heavily through the recommendations of other authors I admire, and this one's no different, the third book in the series (this is the first) was in Jeff VanderMeer's books of 2007.

Basically, take Sherlock Holmes and put him in a universe where sci-fi and fantasy clash. I'm only 2/3 of the way through, so I can't say whether the mystery is satisfying or not (I don't even know if it's concluded in this book or goes onto the sequels), but I've enjoyed it so far anyway. Very inventive, and he's excellent at getting across the concepts behind things which don't exist in the real world without point blank explaining them.

He's going on about one point a bit too much, which I won't spoil, but given the situation the main characters in, it's not really a surprise that it comes up so much. It's just...read it already, don't need to go through it a 4th time.
S 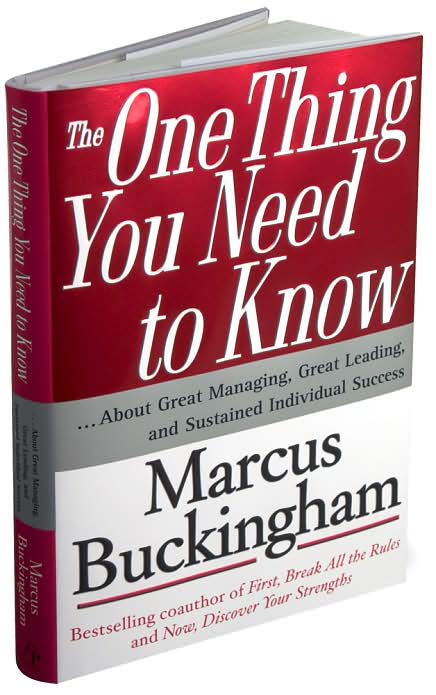 Finished Freakonomics last month and am starting to dig into my management and business books.
D 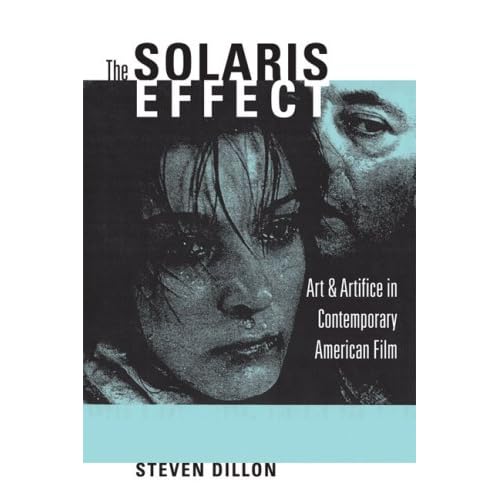 I'm reading through this when I have the energy.
C

I keep comparing myself to this man... it's depressing how awesome he is and how I'm not
D 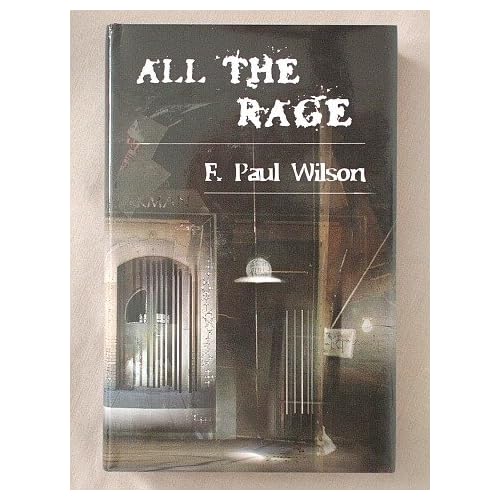 I continue to happily wallow in serial genre fiction with F. Paul Wilson's All The Rage, the fourth installment of the Repairman Jack series. This time around it looks like Jack has to figure out what's happening with a powerful new drug that boosts your strengh and speed with the minor side affect of uncontrollable rage, all of which looks to tie in to an earlier adversary (as it were). Eric P turned me onto the Repairman Jack books and I've been digging on 'em ever since. For those of you not familiar with the setup, Repairman Jack is a freelance fix-it man who lives outside the system and offers vigilante solutions to his clients' problems. Wilson combines urban adventure set in New York City with supernatural elements which makes for a entertaining combination. If you'd like to give the books a shot, start with The Tomb.

Meanwhile, I just finished up the fourth book in Eileen Wilks' World of the Lupi series, which takes the basic plot (She's a cop! He's a werewolf! They fight crime!) and explores some of the supporting cast. Thus: She's another cop! He's another werewolf! They fight evil! As mentioned in my previous comments about the series, this is a lot more entertaining than my snarky descriptions sound, as Wilks' supporting cast is pretty great and it's fun seeing the characters fight evil while also finding time for the occasional steamy sex scene. If you're a Harry Dresden fan looking for a new series, you could do far worse than to venture into the romance section and check out the first book in the Lupi series. About half way through 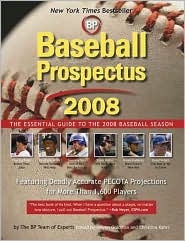 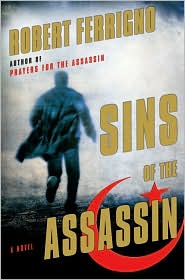 Rereading the Relic and The Cabinet of Curiosities by Douglas Preston and Lincoln Child.
L

I'm such a waste of brain matter.

None for me, thank you very much.
A 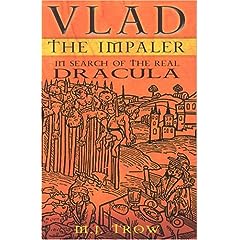 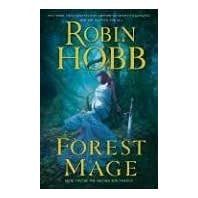 I thoroughly enjoyed Shaman's Crossing, and Forest Mage is off to promising start.

Dwellers in Darkness by August Derleth 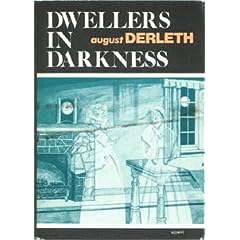 The often forgotten "weird pulp" writer of the 1930s. I've read his Wisconsin saga and stories (historical fiction, mostly), so I thought I would dabble into his horror writing.
F

Someone had to be reading the Song series...might as well of been me. Finished game of thrones in February. Really enjoying this one, and right in the middle of it thus far. Enjoying everyones individual chapters, although Daenyrs bores the shit out of me from time to time.
C

I've just been reading stuff for my sci-fi class. Yes, a sci-fi class. It fulfills a graduation requirement, so I had to take it. :lol Fairly interesting. Deals with a post-apocalyptic distant future. I've only read the first of the three books that comprise the novel, and that one is from the viewpoint of a monk. Sounds boring, but it sets up the rest of the story well - at least I hope it does.
J

CajoleJuice said:
I've just been reading stuff for my sci-fi class. Yes, a sci-fi class. It fulfills a graduation requirement, so I had to take it.
Click to expand...

I'm doing the same thing! Hooray for getting credit to read Dune and Neuromancer
C

jon bones said:
I'm doing the same thing! Hooray for getting credit to read Dune and Neuromancer
Click to expand...

I'll be back with a pic of all the books I'm supposed to read over the course of the semester.
1 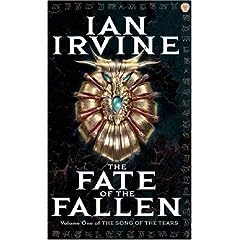 When I bought it, I didn't realize it was part of a larger series, although so far I've had no trouble following.
W

Got this PM, said he lost his posting privileges but felt he could get away with harassing me to post on his behalf.

I, bloop, am reading the following books:
Bukake for Beginners.
Digimon vol. 6 (For the third time Though I used to like it until I realised the harsh truth of reality, that I'm not 13 anymore)
Click to expand...

:lol
You must log in or register to reply here.