What do you hate the most about video games?

1. Grinding in a game only to have your save data corrupt because the developers were inept in programming to save any safety nets.
2. Preorder exclusive bonuses, store exclusive DLC that you cannot purchase on the marketplace.
3. Artificial fluff and filler in games. Usually, content that does not respect your time.
4. Uninteresting tedious fetch quests.
5. Collectibles in games done horribly.
6. Character creation done poorly and without any variety.
7. Obvious lazy efforts done by developers that comes in the form of obvious cash grabs eg) Marvel Avengers marketplace skins are simply recolours sold for $15.
8. Paying for a season pass with an expiry date and it locking you out of content because you didn't finish it, despite you paying for it. eg) Fortnite
9. Games that are broken and incomplete on launch. eg) CyberPunk 2077
10. Developers gutting content making it impossible to play old and paid for content eg ) Destiny 2
11. Timed and exclusive skins. For completionists it sucks and makes it impossible to obtain, no amount of effort, skill or money can get you those skins.
Reactions: Rhazer Fusion, junguler, TheRobot and 4 others

Everything Ubisoft does in their games, specifically AC: Valhalla

game is basically a blueprint for how to piss me off
Reactions: Solid Bra, apowhungo, Azaroth and 6 others

Filler. I feel like I'm wasting my time when playing certain games because they are so long and so much of them could be removed and nothing of value would be lost (in fact, it would make the game better).
Reactions: Solid Bra, p_xavier, Azaroth and 4 others

Escort missions with dumb AI and dumb AI in general.
Reactions: wolfboy203, Certinty, Replicant_1981 and 2 others

For me, in the age of the streamer, is how developers will ferociously, with full-blown tunnel vision, chase any trend that is popular on Twitch / YouTube / etc. It's easy enough to simply avoid the genres I don't care for, but it also means that big developers all start working on, say, a battlegrounds game instead of something new or different. PUBG > Fortnite > Apex Legends > Battleground modes in every first person shooter .....

Edit: Oh, and any time games include "chase" missions that can't be skipped after a number of auto-failures. I don't enjoy them, never played one that seemed well designed (or even competently designed), but I get that others do. But if you're going to put them in the game let me auto complete them after two or three consecutive failures. That way I can just immediately fail them right away and move on with the fun parts of the game.
Last edited: Jan 27, 2021

I hate that they need hours upon hours of my life to be worth the cost of buying them and their requisite hardware.

Missions where I have to protect someone or something and have to deal with waves of enemies.

when I have to follow someone after a cutscene just so we can talk. Just make it part of the mf cutscene!

Loot boxes.
I shouldn’t have to buy all the good/cool stuff in a game , games are more expensive than they have ever been , give a whole game and a way to get every item in said game without having to buy the shit.
Reactions: Elektro Demon and laynelane

Sony and MS fanboys. I’m cool with Nintendo fans, they are mostly harmless.
Controller drift is a new thing I am hating.
NMS that whole game.
Reactions: retsof624

Open world games for the most part have common problems. They usually have so many issues that many replies ITT already mentioned such as forced grinding, loot boxes, fetch quests, filler content, slow pacing, pointless missions that could be easily cut out, overall waste of time on the players part, etc, etc. I mean, I've played some cool open world games, and they're usually great to look at, visually, but I find them to be so tedious and overly long (like 150+ hours long). Many of these kinds of open world games have maps so large you'll never explore 75% of them, and what's even worse how sparse they can be, with few NPC's, animals, interesting things to see or do, etc. I don't think these games would necessarily be "better" if they were more linear in design, but they could be trimmed down a lot more in scope. I'd like to see more open world game developers focus on delivering a more straightforward experience.
Last edited: Jan 27, 2021
Reactions: Bert Big Balls

One thing and one thing only: The extreme monetization of gamer culture

Companies realize that people will buy anything with the word 'gamer' on it, and pump useless products out because they know people will buy them.
I really hate how RNG and micro transactions have forced you to pay for them or get your ass whopped in game. Why can't I just play my game and have fun?

I hate it when people call games art. Games are not art.
Reactions: ANIMAL1975, FoundryMusic, Alpha Male and 3 others

-The glorification of certain tropes or certain kinds of games, along with the fanboys that go along with it.
-FOMO exploitation


manfestival said:
I hate it when people call games art. Games are not art.
Click to expand...

Not all games are art, but some definitely are.

manfestival said:
I hate it when people call games art. Games are not art.
Click to expand... 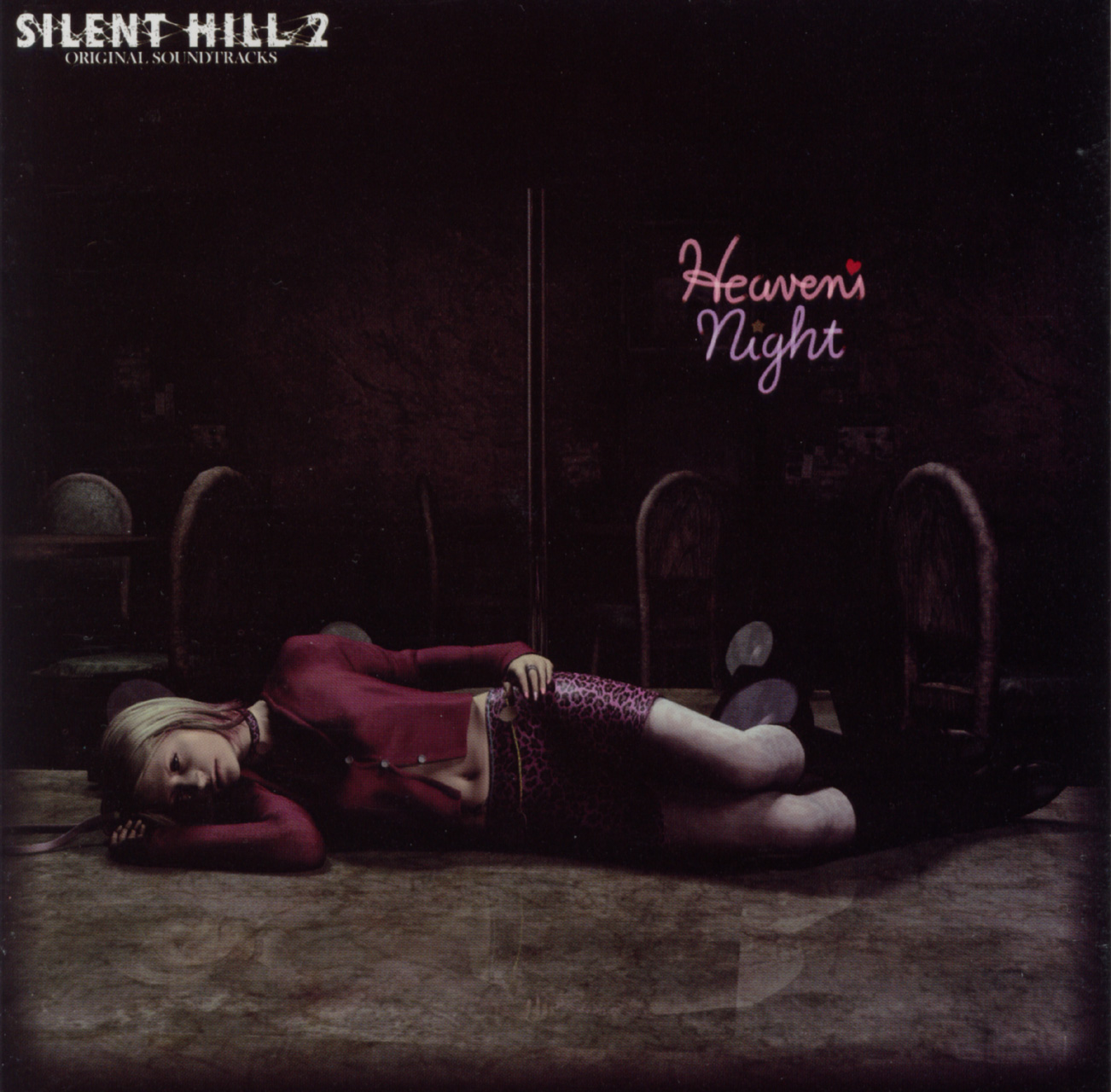 Reactions: tommib, ANIMAL1975, Fake and 2 others

Being stuck with a side character for the whole game making wisecracks or bossing me around. Naughty Dog I'm looking at you.

I do think too many games are large open worlds. I like open world but the fact is that I have finished like 2 open world games ever. Not gonna whine too much about it as I still enjoy myself but it would be nice to feel like I've wrapped up a game now and then.

The online fanbase for gaming is often horrible too.
Reactions: Bert Big Balls

When over 100 people work day and night to make a game then 1 guy with a famous name stands on the stage smiling taking the credit.

Be humble, know that you are nothing without the talent and hard work of the whole team.
Reactions: Nitty_Grimes

Over sensitivity for different preferences of platforms

Games as a service

Self proclaimed journalists basically peddling PR from companies who don’t ask questions for “fear of losing access”. Look at last week, outrage over Gold subscription increase yet how many of them in the past asked a exec in a interview about FTP requiring gold?
Reactions: Khalid M.

Not enough time or energy to play all the crap I want.
Reactions: FabiiOrange01 and Bonfires Down

No native mouse+kb support for a 3D shooter.

-Bad gameplay.
-Stereotyped heroes.
-Political Agenda in games.
-The fact that the producers know that we are fans of a game, and extort us with dlc's. They know we are addicted and we are going to buy. They act in bad faith.
Reactions: Allnamestakenlol and Tell’em Keb

1. Bringing shitty real word situations and issues into my previous escape from reality. Now everybody has to deal with miserable shit no matter where they go. Thanks devs.
Reactions: Replicant_1981, Alpha Male, Khalid M. and 1 other person

Hand holding. Figuring out puzzle solutions, how to clear a level, or beat a boss loses any sense of accomplishment when the game explicitly tells you how to do it. One of the things I enjoy about Souls games is how they just throw you into the action after a bare-bones tutorial. Sure, it can cause some mistakes but it also lets the player come up with their own solutions for the challenges they face. I'd like to see that in more games.
Reactions: sublimit, Kev Kev and Manji Uzuki

the fact that it's 2 whole decades past the last century and FPS and racing games are still mostly missing VR mode, with actual 3D depth in genres where it should be essential
Last edited: Jan 27, 2021
Reactions: Kev Kev

Easily the marketing and influencers that are used. Can't stand hype machines.

Guilty_AI said:
-The glorification of certain tropes or certain kinds of games, along with the fanboys that go along with it.
-FOMO exploitation


Not all games are art, but some definitely are.
Click to expand...

Not all jokes are sarcastic, but some definitely are.
S

I particularly like to play story driven single player games. I dislike when game script lose focus in just telling a fantastic story...seems to me that the story telling gets watered down by the need to check all the boxes of whatever the current social/political issues are happening. If it's relevant to your story then by all means! I just feel that writers try worry too much about shoehorning all of these things into the story and end up losing something.
Reactions: Allnamestakenlol

Too much (shitty) dialog and text in 99% of AAA games.

I'm always of the view that gaming is an imperfect albeit ever-evolving medium, that is still a long way from ever reaching its true potential. Even games I have a great time with I can reflect upon what works and what doesn't, and generally, it's where the former outweighs the latter that makes for a good time IMHO. I can appreciate the experience at the time, but always with a view as to the possibility space of what comes next. It's been a real eye-opener tbh in the last year to encounter certain types on this forum who will not countenance even the least degree of criticism of Their Favourite Game Evar!!! ™,as if it was brought down from the Mountain by Moses Himself, but also actively make it their life mission to rubbish other games to big it up. It's both tragic, hilarious and perplexing conduct all at the same time. ¯\_(ツ)_/¯
Last edited: Jan 27, 2021
Reactions: Handel and Alpha Male

The fact I could have been an amazing writer, musician, or artist, but I decided to spend that precious time on video games. The entertainment medium which you gain the least from in my humble opinion (so don't get your panties in a twist).

Great entertainment, but that's about it.


GodofWhimsy said:
The fact I could have been an amazing writer, musician, or artist, but I decided to spend that precious time on video games. The entertainment medium which you gain the least from in my humble opinion (so don't get your panties in a twist).

Great entertainment, but that's about it.
Click to expand...

Well you could be that, however you also have to have talent for this field.
Reactions: Elektro Demon and Replicant_1981


Well you could be that, however you also have to have talent for this field.
Click to expand...

We all have a talent for something. You'll never know till you nurture it.

So, yeah. I stick by what I said. I love video games as a form of entertainment, but I also believe they're a gigantic waste of time. So I guess that's what I hate most about video games.
Reactions: M1chl

manfestival said:
I hate it when people call games art. Games are not art.
Click to expand...

Anything born out of the creative process is potentially art.
Reactions: habibihijababy, Kadayi, manfestival and 1 other person

And the endlessly ballooning development costs causing the industry to consolidate and become more and more risk-adverse, meanwhile the enthusiasts pretend that it's worth it because now the reflections have reflections.

On the bright side, I can't think of much that I consistently hate in the games themselves.
Reactions: Kamina and Dusktildawn48
You must log in or register to reply here.

I honestly hate the "release the broken game and patch it later" mentality that developers and publishers have.