What game series has the craziest timelines?

The D / Enemy Zero franchise. Laura is the same character...except she isn’t? You go from a hospital with Vampires to a game set in space to a game in the Arctic with tentacle monsters.

Birdo said:
Zelda doesn't count, since most of the games aren't actually sequels.
Click to expand...

It can count, because every Zelda game is a prequel to Breath of the Wild.

Ezquimacore said:
a link to the past,link's awakening, oracle games have the same Link, A Link between world is the descendant of that Link. after that there's the first two game. pretty easy.
Click to expand...

Is that really true? Was that clear at the time? The Oracle games having the same Link doesn't make sense as they're different timelines.

SinDelta said:
It can count, because every Zelda game is a prequel to Breath of the Wild.
Click to expand...

I can't take the opinion of anyone who claims BotW is connected to any other game in the series seriously.
Reactions: kuncol02, Kev Kev and SinDelta

With Remake, Final Fantasy VII (yeah, it's a series in and of itself).
Reactions: SinDelta

Birdo said:
Zelda doesn't count, since most of the games aren't actually sequels.
Click to expand...

According to Nintendo's official Zelda timeline, yes they are.
Reactions: Kev Kev

The only shit as stupid as kingdom hearts i can think of is either Blazblue or Guilty Gear, i think they are on pretty even ground.
Last edited: Jun 6, 2021

Does a single game count?

My brain couldn’t even register what was happening in Third Birthday.
Reactions: NeoIkaruGAF

Multiple timelines and universes. And yet the games still follow the Saiyan through Buu arc lol
Last edited: Jun 6, 2021

Bakkus said:
Is that really true? Was that clear at the time? The Oracle games having the same Link doesn't make sense as they're different timelines.
Click to expand...

It’s true, I think. When I was playing Oracle of Ages and Seasons at the time, it personally never registered with me. I still haven’t played Link’s Awakening yet, but according to the official timeline it’s likely the same Link

ALTTP, OOA & OOS, LA all take place in the Era of Light and Dark according to the official timeline. I wonder how many years it was in between the games? Like starting at ALTTP to OOX to LA? Maybe there’s someone out there who knows the finer details and can say

Tschumi said:
If it's okay... Brief follow up: which timeline is Twilight Princess set in? And Skyward Sword? (No SS spoilers pretty please, just bought the remaster)
Click to expand...

Skyward Sword is the first game timeline wise. Then you go into Minish Cap, then Four Swords until we reach Ocarina of Time and then the split happens.
Reactions: Tschumi

Bakkus said:
I can't take the opinion of anyone who claims BotW is connected to any other game in the series seriously.
Click to expand...

According to Aonuma Breath of the Wild is not connected. This is a direct quote,

"In books like the recently released The Legend of Zelda Encyclopedia, we revealed where each Zelda game fell on a timeline and how their stories related, but we didn’t do that for Breath of the Wild. There is a reason for that. With this game, we saw just how many players were playing in their own way and had those reactions I just mentioned…If we defined a restricted timeline, then there would be a definitive story, and it would eliminate the room for imagination, which wouldn’t be as fun."

I personally like that some of the games are direct sequels or connected directly but I feel it's silly to try and force the connection between all of them. That being said I did enjoy the story of Skyward Sword and what it was trying to establish.

Treyach CoD Zombies is by far the wildest multiversal game story out there.

MvCSpiderman said:
Metal Gear and Zelda have fanfic made up timelines done to shut up the fans.
Click to expand...

Yeah I totally agree. MG and Zelda take the cake.
I

Is SMT really that complicated?

It's basically like the Final Fantasy series, except with a mainline of loosely connected games. I guess technically they all take place in the same multiverse, but the mainline games revolve around YHVH or the Great Will in some way, with those entities being multidimensional. It's all very loose outside of 4A.

Something like the Official Zelda Timeline^TM is way harder to understand or guess at because the games were not supposed to be linked (lol). Kingdom Hearts is just a mess because the story is a mess.
Last edited: Jun 6, 2021
I 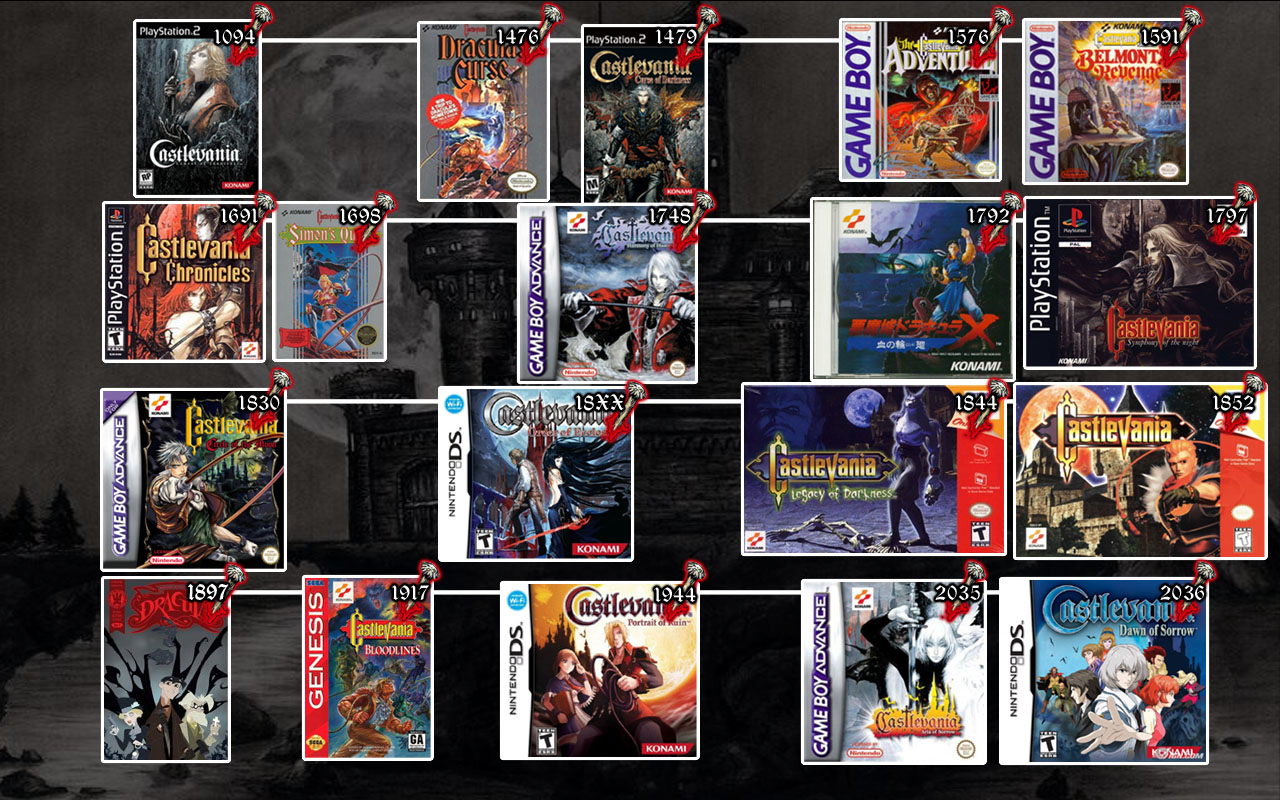 IDK, you have some weird games like CotM and OoE that are sidestories, but the rest are pretty straightforward. Castlevania 4 is a little weird I guess, because it is a reboot of 1. 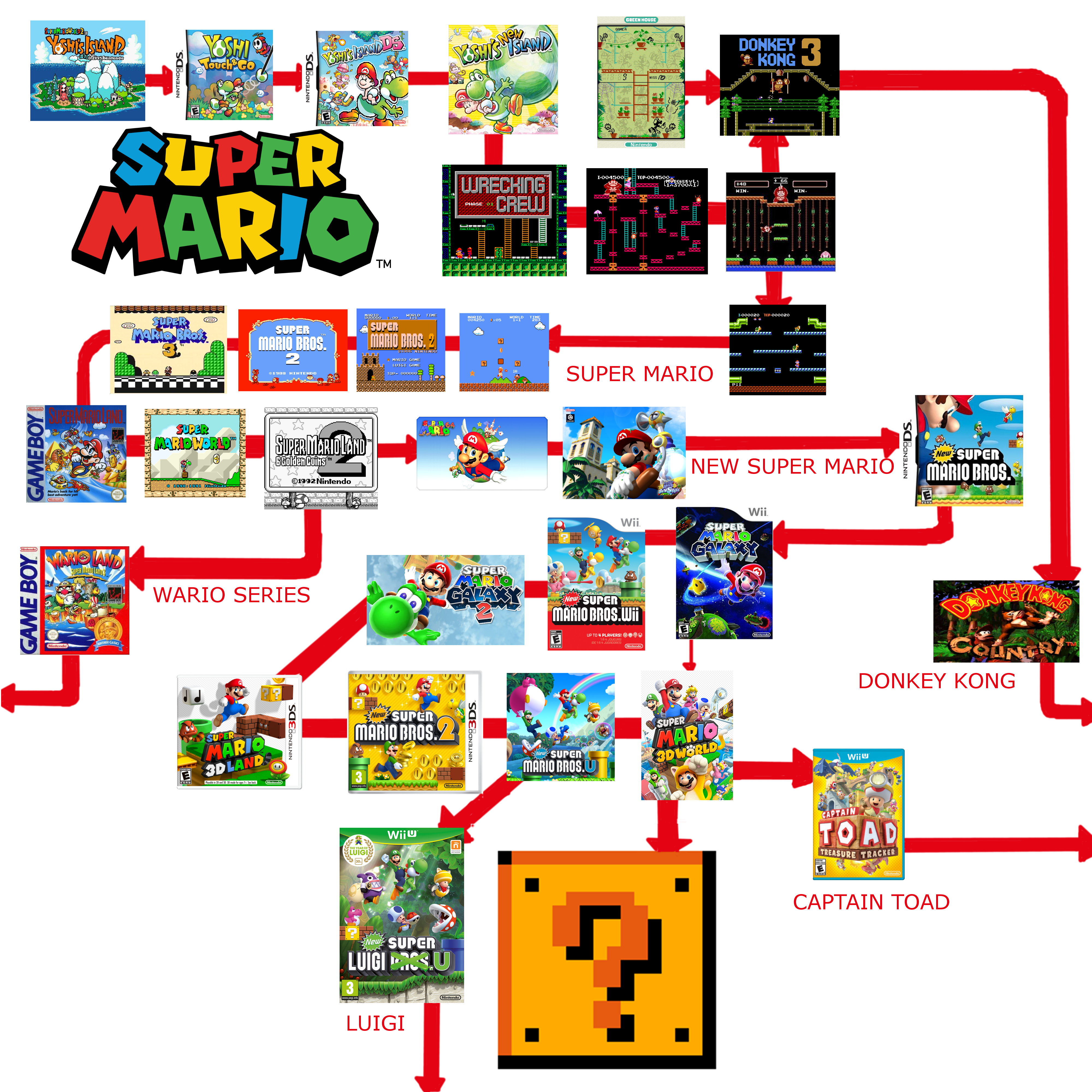 Twilight Princess is Ocarina of Time on steroids.

Opinion Games you can't still believe actually saw the light of day or are upcoming?