fepeinado said:
the point here is that she would be vulnerable while sleeping
Click to expand...
... which mustn't be, because ... ?

It's an absolutely outlandish, bizarre change.

It's an absolutely outlandish, bizarre change.
Click to expand...
Most TMS's censorship is bizarre, I would say this game has most weirdest censorship have seen in any game.
Reactions: Shaqazooloo and OutrageousFacts

PocoJoe said:
Well wiiu and switch are about the same on performance(wiiu vs docked mode), switch just have more modern architechture.

So its not so easy to make wiiu games run 1080p
Click to expand...
You are wrong about this, i mean, really wrong. Portable mode is closer to wii u in performance and even then, it is still stronger to the point it runs games like dark souls at native 1280x720 in handheld mode (and 1080p docked) when last gen consoles only ran the game at 1024x720 and with massive performance drops.

Danjin44 said:
Most TMS's censorship is bizarre, I would say this game has most weirdest censorship have seen in any game.
Click to expand...
Absolutely, and it's what made me write the article. This isn't just your regular 'let's get rid of everything sexy'-Sony-style censorship. This is someone going SuperSaiyanPuritan and look at a dungeon and say 'ruins the meaning of the dungeon? Whatever, changed!'. And then sees a sleeping girl on a bench and thinks 'omg, a sleeping girl on a bench, that's so sexual! Changed!'.

It's utterly insane and imo shows that, even if my proposed theory is wrong, someone in the Treehouse localization team had an extreme agenda for one reason or another. It definitely wasn't one of NoA's higher ups demanding the bench-girl to be changed. Can you imagine, Reggi: "Omgz, someone change the girl from lying to sitting upright asap or I'm gonna take your names!!1'

What gives me hope is that at least maybe sometime in the future there'll be an option to play the game on emulator with restored content and I don't give a damn about piracy thing cuz I'll buy the game this month for my Switch and play it no matter what cuz I don't have a choice. Plus, no matter what I do it won't change Nintendo which is the only company anyone should blame for all this censorship.
Last edited: Jan 10, 2020
Reactions: Shaqazooloo

Danjin44 said:
Most TMS's censorship is bizarre, I would say this game has most weirdest censorship have seen in any game.
Click to expand...
I was thinking about it as well. There is a very weird aspect to it.

It seems weird to me because there's stuff on the eshop that seems way more "extreme" and they seem totally fine with it.
Maybe they don't care because most of those games are shit?

Personally, TMS is not a game for me. Not a fan.
However, there is an audience for that content and I am cool with developers and publishers catering to that audience.
What do I care, right?

I wondering though, what happens if you set out to make a game for thirsty weebs with plenty of sexualized drawings and at some point you realize "oh shit we have an actual good game on our hands here"? Suddenly there is a possibility that the game could reach a more mainstream audience. Now the devs and publishers have a dilemma. Probably it comes down to the desire to have the game rated at a certain level?

I absolutely hate the character designs in Xenoblade Chronicles 2. They are just cringey as fuck and some of the "blades" designs are just absolutely atrocious. In my opinion. So bad that it very nearly caused me to pass on the game. Xenoblade Chronicles X also had a few... let's say... interesting... choices too but I loved the game. In the end I think XC2 is one of the best games on the Switch but I don't see myself recommending it to anyone I actually know in real life cos it's just a real cringefest until you can get past the weeb pandering exterior and find the awesome game underneath.

Anyway, I wonder if something is going on here where they've come up with quite a good game but find themselves in a spot when it comes to marketing. So now they are backtracking. Oh shit we've made one of the best games for the Wii U buuuuuuuuut we've accidentally aimed it at thirsty anime fans.

Or are they just fucking stupid? Or do they legit believe that Western audiences don't want to look at tits and asses? It's very fucking strange. Is it an SJW thing? I don't think so as XC2 got by just fine. However, Mythra IS censored in Smash Ultimate so who knows?

In the end they should have just let the game come out without censoring and let it find it's audience naturally.
This must be about the ESRB ratings though right?

It's an absolutely outlandish, bizarre change.
Click to expand...
oh, i'm not defending this. I'm against censorship and ALL of these changes are beyond ridiculous. I was just trying to find a pov for this particular change.

Does anyone has any insight on why N is using this censored version? I'd guess it would be an easier translation/adaptation for a quicker release, but then a simple patch wouldn't be possible to be applied on the WiiU version to remove the changes.
T

LordOfChaos said:
I have this on Wii U, is that how I'm playing with the latest patches, or do I have to do something?

It's backlogged, obviously lol
Click to expand...
It does require a bit of work. The patch itself is called Restoration and contains detailed instructions, Just google Tokyo Mirage Session Restoration and you'll find it.
C

No interest in TMS whatsoever but I enjoyed the article. Thanks OP.

Unless I'm wrong I SWORE that I read that this was based off the Japanese version. What happened? Also fully willing to admit I'm wrong as well btw.

EDIT: I'm wrong and right, sounds like it was supposed to be but now it isn't. 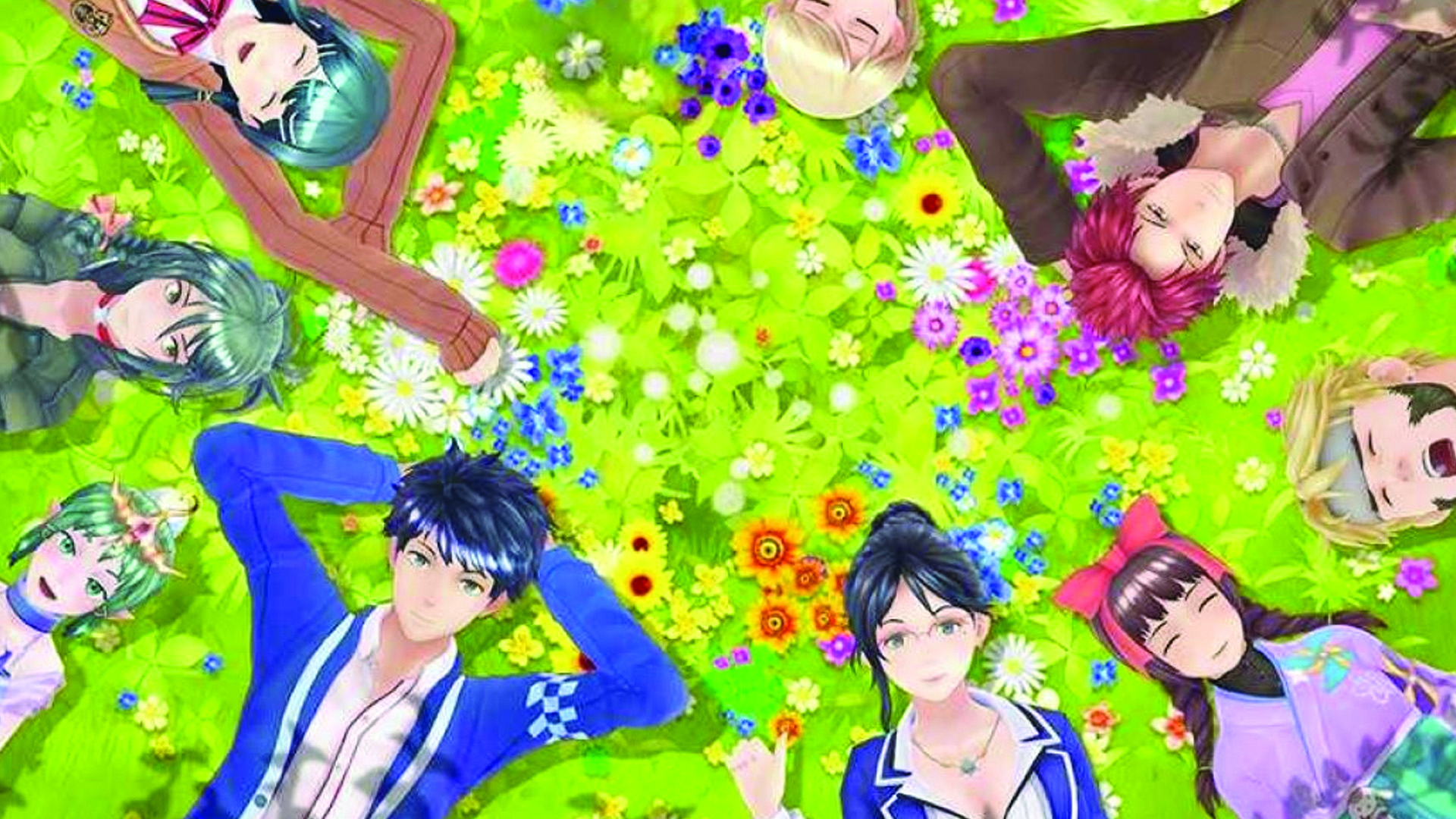 Nintendo has issued an apology for consumer confusion surrounding the content within the upcoming enhanced port of Tokyo Mirage Sessions #FE for Nintendo Switch and has promised full refunds for those who pre-ordered the game through the Nintendo Switch eShop and My Nintendo Store. Yesterday, it...

Click to expand...
I don't have that much issue with no english voices. I'm pretty sure it would have been hard to find english voice actor who can sing well and I personally never going bother with english voice in this type of game.

I do hope this costumes comes in west version as well .

It’s going to be so weird playing this game this weekend with all these changes I’m not used to. I’m really not looking forward to the changed bikini photo shoot segment. Everything I’ve see of it over the years is laughable.

watch Nintendo of japan does dlc for the game that brings back the original scenes. and they know the fans will buy it too.
Reactions: OutrageousFacts and Shaqazooloo

PocoJoe said:
Well wiiu and switch are about the same on performance(wiiu vs docked mode) [...]
Click to expand...
Are they? I´m pretty sure this can factually be refuted. Not only is the GPU much better than the Wii U´s but the what made the Wii U so terrible was the Espresso-CPU which the Switch easily trumps.
Also, as you said, the modern architecture makes a big difference already.

I can't wrap my head around this. It almost feels like the changes are too conspicuous to be censorship.

Personally I prefer an open minded perspective, and try to refrain from accusations based on appearance alone.
I'm more willing to consider unlikely explanations than most people.
Last edited: Jan 15, 2020

Tokyo Mirage Sessions is far too softcore for Nintendo to get revenge on "weebs"
Reactions: Shaqazooloo

Click to expand...
Well this is already been Nintendo "policy" after XB2 since all their first party console/handheld "mature" games being developed with global market in mind that means no more fan service (look at latest FE artstyle) and expect the next xenoblade too.
While they keep their fanservice element at their gacha game (FE heroes still using awakening & fates artstyle) so it's safe to say the same about all "mature" their switch game from now on.
It's already a public secret in Japanese gamers for Nintendo first party "mature" games to be Americanize to catch global market.
Sometimes I wish they still care to make different version for domestic market but by looking at the recent trend and sales, I doubt it.
Console market here already dying and Nintendo so focused to make a global product to appeal for everyone will accelerate it.
In Japan FE Heroes already more popular that the recent mainline release (three houses). I think Gacha and online multiplayer PC/Console is the future of gaming in japan.
You must log in or register to reply here.
Share:
Facebook Twitter Reddit Email Link
Top Bottom