Where Do You Stand On The Game Boy Color Debate?

It was an cheapo upgrade that got outdated 2 years later when the GBA came out.

Is the new Nintendo 3DS another system?

I go with the facts and Nintendo, it's an upgraded GameBoy.

The hardware is clearly just a small upgrade that allows for color,
and Nintendo, the people making the thing, also categorise it as part of the original GameBoy line.

So, I mean... everyone who voted differently you are objectively wrong

by that standard the New 3DS and the DSi would also have been separate systems as both of these also had exclusive games that didn't work on the 3DS and DS respectively.
Last edited: Sep 20, 2021
Reactions: Griffon

Didn't the DSi have it's own games that weren't compatible with the regular DS?

Does that mean the DSi is not an upgrade but a different system?

GBC should fall in the same category IMO.
Reactions: Woopah

It's more of a Gameboy 1.5 than a Gameboy 1 or 2. Gameboy Color and its descendents are enhanced models that sit somewhere in between the given options.

Nintendo's history of doing this makes them a category of their own, not something that falls into the same or "Just an upgrade". An upgrade would be the PS4 Pro.
Reactions: nkarafo

Depends on how Nintendo classes it, and they class it as an upgraded Gameboy.

p_xavier said:
Is the new Nintendo 3DS another system?
Click to expand...

01011001 said:
by that standard the New 3DS and the DSi would also have been separate systems as both of these also had exclusive games that didn't work on the 3DS and DS respectively.
Click to expand...

Why wouldn’t they be?

No idea there was a debate. As a kid I saw it is a seperate system from the standard Game Boy. I don't really care now, tbh. I had tons of fun with it.

This applies to the DSi and New 3DS too though

Imru’ al-Qays said:
This applies to the DSi and New 3DS too though
Click to expand...

I have no issue seeing them as another system. It’s not another ”generation”, though.

Growing up with the system when it was new and first came out it was entirely different system. I’m wondering if people arguing it’s the same as a regular game boy or pocket had one at new.

For some reason, it always felt like the GBC had fewer colors than the original, because you immediately see the game and say, "oh everything on screen right now is in just a handful of base colors" -- whereas you don't feel that way with monochrome, because it's like a b&w photo with a lot of contrast and depth.

It's like looking at very early PC color graphics adapters (CGA), where suddenly everything seems so basic. Unless you have enough colors to fully colorize the scenes, monochrome feels better than an extremely limited "primary" palette feel.
Last edited: Sep 20, 2021
Reactions: GymWolf

As a kid I was pissed that my GameBoy Pocket was devalued with the introduction of the GBC. Back then I saw the GBC as the next generation of GameBoy, and the fact that my system was getting fewer and fewer games proved that. Looking at it now though, the GBC was an obvious stop-gap. IMO its improvements are not significant enough to classify it as its own generation.

It's an upgraded Game Boy. Nobody thinks of the DSi as a separate console from the regular DS right? But it had some exclusive games. As did the New 3DS I think?
Reactions: jigglet

No, because if we say "well technically it was a new system because it had some Color only titles" then that argument would also make the DSi, which had like 4 exclusive games, a sequel to the DS; which is stupid, so let's not go there.

It's literally a PS4 Pro of sorts. However, Nintendo treated it more as a successor then they did something like the DSi, or New 3DS.
Last edited: Sep 20, 2021
L

The GBC is a "Gameboy Pro" or "New Gameboy Pocket" basically, it has practically the same hardware as the DMG and GBP. The cpu is the same, more power efficient, with some new registers and the posibility to overclock it by x2, it has twice vram and x8 more ram, but with trickery, because by the cpu, it has the same addressable memory map that older gameboys, you cannot use the whole vram or ram at the same time, you have to bank them like roms larger than 32kb. And for the new color screen, that alone does not justify it as new generation console, most of gbc games are playable on older gameboy.
C

Thinking about it now days. The thing was a side grade. All that coulor and no backlight. Like what was the point?
S

game boy color is it's own handheld system. had it's own games that you cant play on game boy and color was a huge different vs no color.

Not sure. I don't know if there's any meaningful difference in the hardware from the original. 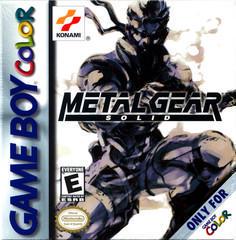 To be completely honest, it doesn't really matter to me either way.
Classifying things like this tend to be classified differently by different people and quite often people seem to classify these things into whatever benefits them. I loved both of these consoles and now have upgraded both of them although there still isn't a modern screen that doesn't have some negatives to go with the positives they bring. You still have trails on the screen with movement.
In terms of classifying these things and people using the classifications to their own end, you only have to think about the Switch and with games some can say that they look terrible for a home console while others will say that they amazing for a handheld system.
Both can be right and wrong. I think we can all be too concerned about classifying these things and all these classifications seem to really earn is what other "things" people feel they are justified in comparing them to.
With the two handhelds in question it's likely a bit of both, moving to colour games certainly felt very new, like something significant really had changed but in many ways the games themselves were largely the same as the games on the launch Game Boy. There's genuine reason to classify them as either of the two options but I loved them both and just don't think that either classification really means anything to me.

it might be the best GBC game, I can't think of a better one, so damn good, and by far the best 2D Metal Gear as well
Last edited: Sep 21, 2021
Reactions: SpiceRacz

by that standard the New 3DS and the DSi would also have been separate systems as both of these also had exclusive games that didn't work on the 3DS and DS respectively.
Click to expand...

I feel the DSi and New 3DS are strange edge cases, the amount of exclusives between those two are literally a handful of games(I guess the DSi has a bunch of DSi Ware games but still), whereas the GBC easily has a library worth of exclusives.
Last edited: Sep 21, 2021
Reactions: Ikutachi

xXRedxSlugXx said:
I feel the DSi and New 3DS are strange edge cases, the amount of exclusives between those two are literally a handful of games, whereas the GBC easily has a library worth of exclusives.
Click to expand...

but the GBC also has enhaced games that work on both, like all mid gen refreshes.
also the GBC was only released because the development of Project Atlantis was very troublesome. so they needed a GB refresh in order to buy some time until the GBA was actually ready to release.

Project Atlantis was supposed to release around the time the GBC released. They simply gave the GB hardware a slight refresh to have enough juice to handle colored tiles and sprites and thought this would be enough to keep people engaged with the brand
Last edited: Sep 21, 2021

It's the Game Boy 2 with retro compatibility.

Who’s debating this? A 25 year old kid who wasn’t on this planet yet when these handhelds were on the market? Who gives a shit!
but to answer the question I say…….both lol.
You must log in or register to reply here.

Where do you stand on the PS5 and Series debate?