Why are there no games with less known mythologies?

This sounds very stupid, but almost every game has some Norse/Japanese mythology. I somehow get tired of it. Why is there nothing from something less known? Africa/South America/Middle East or the rest of Asia?
Chinese games cover a lot of chinese mythology, so eventually somewhere along the line we might get them too, but i never see anyone try to attempt a good try on the other stuff.

oh and dont tell me, these "poorer parts" of the world dont have devs....
ubi soft canada did AC valhalla
insomniac did a game about japan
dozens of japanese devs did games about EU/US

so where is the problem?
i mean, i remember learning about greek gods in middle school and thought, how boring.
the same time god of war for ps2 was released and when i read about that, i thought, i would not playing boring shit until i saw the trailer.... holy and i was floored.
so yeah, you can make it appealing.

I WANT TO GET INTRODUCED TO NEW SHIT and not want to play the same theme over and over again.
is it the general interest of people disliking stuff from PoC?
Last edited: Jan 17, 2022

They want the game to be marketable so they use what is known.

Because they are less known?

Because most publishers are scared of anything new or different,why do you think we get so many cookie cutter games pumped out?

If you want those kinda games you'll have to look under the indies section of whatever store you use to get your games.

As others have stated already, you won't see AAA games taking risks nowadays.

ParaSeoul said:
Because most publishers are scared of anything new or different,why do you think we get so many cookie cutter games pumped out?
Click to expand...

People buy what they know

Additionally, very few mythos have the legs to serve as the primary narrative pillar. Many of the more obscure get quiet nods, like a powerful weapon being named after a famous legend and the like. TBH, I think JRPGs actually do it more than any other genre.
Last edited: Jan 17, 2022

llOswaldll said:
Because they suck and there is barely anything there to work with
Click to expand...

I'm kinda sure they have lots of cool shit in their folklore but we just don't know.

Yeah create a game featuring Muhammad as a main character and see how that goes down.

Sometimes it's better to just stick with the fun ones, with the more limited pool of nut jobs.

Also it would be cultural appropriation these days, its not the job of Asian developers to make games based on western mythology and vice versa otherwise you get anouther sort of nut job banging at your door.
Last edited: Jan 17, 2022
A

Neo_GAF said:
insomniac did a game about japan
Click to expand...

It was Sucker Punch.

Regarding the actual topic:

Norse and greek mythologies are "dead", you aren't going to "offend" anyone by using them.

There's definitely loads of cool shit and potential scenarios in different mythologies, but as others have stated most publishers don't like taking risks and would rather stick to the trends.

And when you consider people get offended by pretty much anything (like the guys hating on Sucker Punch despite lots of japanese themselves having liked GoT), it'll be hell let loose if some american/european developer tries to make a game based on african myths for example.
Last edited: Jan 17, 2022

Neo_GAF said:
Why is there nothing from something less known?
Click to expand...

Define "nothing". I know at least three off the top of my head, because I played them. Thea: The Awakening and Thea: The Shattering are both slavic mythology. And the Dominions games are a melting pot of all kinds of mythologies. You can find such games if you really care to look.

Some mythologies are just better for story-telling purposes. They have themes and stories that jive with modern audiences.
I've had this idea for a game dealing with the Battle of Jericho, think Bible Adventures meets GoW thematically. Play the story straight with the commandments from God and the walls crumbling as described in the old testament. Would that be controversial? You betcha, so it's better to go with the dead or exotic mythologies.

Triple A studios are usually from north america, europe and japan. People tend to create stuff based on what they know.

Besides, imagine the backlash if a studio with mostly white guys made a game about African mythology.

Because AAA games are really expensive and publishers will want to use themes with broad appeal and recognition.
I get where you are coming from but the average consumer wants to buy something they recognize, it's why they'd rather buy a shitty sequel from a known IP than give a new franchise a chance. I can talk to someone from the USA, Germany, Japan and Argentina and there's a good chance they'll have at least some notion of who Thor and Zeus are. Not so much if I start bringing up obscure gods from lesser known cultures.

Developers/Publishers are too afraid to branch out and take "risks". Creative bankruocy.

So many badass mytholgies from Africa alone
Last edited: Jan 17, 2022

Because nobody wanted to make one.

It never had to be an AAA game

Not worth the risk getting grilled by twitter users and gamers who will criticize the studio made something discriminatory. Look what happened to Capcom when they tried to mix up the locations making one of their RE games in Africa.

Doing the usual Nord or Greek mythology, or some Japanese samurai/ninja stuff is not only more well known, but you cant really knock it as people accept it in media for decades.

It's hard enough as it is to get game studios to make games with MC from those regions.

As per the title - they're LESS popular, hence would most likely target a much narrow audience. So aside indie games greek mythology is what you'll mostly see.

Final Fantasy has tons of lesser known mythologies represented if you search for enemy and boss names on Wikipedia.

Valonquar said:
Final Fantasy has tons of lesser known mythologies represented if you search for enemy and boss names on Wikipedia.
Click to expand...

Whoever is into that should also check the Shin Megami Tensei roster of demons, as almost all of them are taken from mythologies and folklore.

Explore Ancient India with Raji, a girl chosen by the gods to protect humanity
store.playstation.com 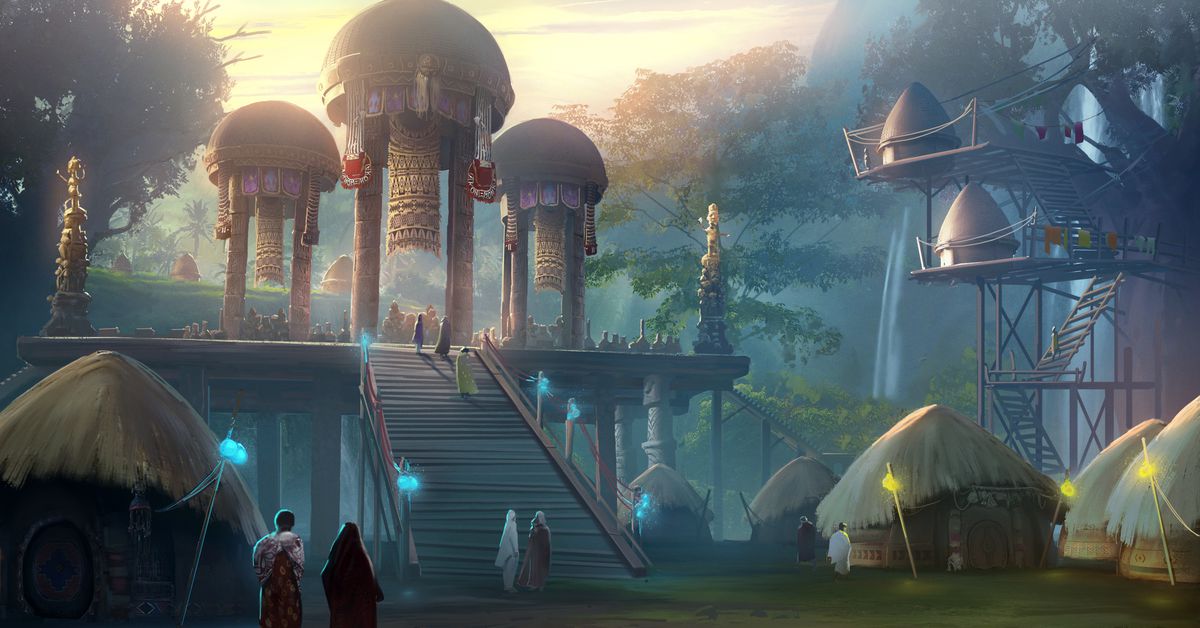 The Wagadu Chronicles: the African fantasy MMO bringing roleplaying back to RPGs

A different take on the genre.

probably more if you search more

Haven't started it yet. But dark picture anthology: house of ashes has middle eastern mythology. Not sure how deep they go. Only just started it

But I agree. I would like more games to explore mythologies
N

1. Coward Marketing: Investors are less and less willing to take risks doing something different, rather relying on the same vikings/vikings/vikings trends. "If others do it, then you we should probably do too".

2. We don't exactly live in a social era of great discovery, travel and exchange, but rather in a reactionary, conservative and nationalistic era where people want what they know (or think they know) rather than something they don't know or don't think they can relate to.

3. You say that parts of the world or cultures have devs, but it's actually unfortunately not so true: a base of gaming producers, concepters and devs doesn't just emerge out of nothing. It's an economy that takes time to develop, and reaching a stage where you have developed and integrated the structures and competency to develop AAA or even AA games doesn't come that easy. Then there's the access to the market: even if Nigeria, which is at the start of a demographic and economic boom, supports and develops a game base on Yoruba mythologies, will it have access to the production, PR, media, broadcast and then the subsequent markets?

4. This is not just true of "foreign" countries, but also of minorities in developed countries: This last year's GOTY was the first time ever in 40 years of industry that a french black game director, and a libanese-born game director were recognized for their work anywhere in the industry, which implies that they even had the opportunity to direct those games in the first place. So it's not like there were tons of opportunities to develop games with different cultures, settings or mythology if they wanted to.

3. There's the "reappropriation vs invisibility" conundrum: on one hand, it'd be good if big games based on African, Middle-Eastern, South-American, Indian mythologies were developed, the problem is that if it's systematically white people being able to direct games profiting off of other's culture, there's a problem of reappropriation, but then there being almost none of those games or representation, there's a problem of invisibilisation. Unless you have a systematically racist company like Ubisoft that fired 3 non-white employees with a snap of a finger for ludicrous reasons (a middle-eastern because he cheated and an asian guy because he changed toned with an employee and I don't remember the last one); while protecting for months grossly abusive white ones that groped against a wall employees, then having the audacity to install an outsourcing studio in India, where a remake of Prince of Persia based on the Hindu-Persian mythology, is being directed by...yet another french white guy...yeah companies are not going to take those risk.

Mate, you already know the answer to this question. There's no point in putting in so much effort and research into something that they believe won't sell. So they only focus on what they know and is easier to write their games around. The usual Caucasian and Japanese mythos has been proven to sell to a large audience time and time again. That's how it is.

You answered your own question

I'm surprised that Indian gaming industry hasn't taken off yet. For a large country, massive population with strong IT skills, with abundant cheap IT labors and yet their games production is almost negligible. Once Indian games start to take off I expect to see more of Hindu mythos, like epics Mahabharata and Ramayana
Last edited: Jan 17, 2022 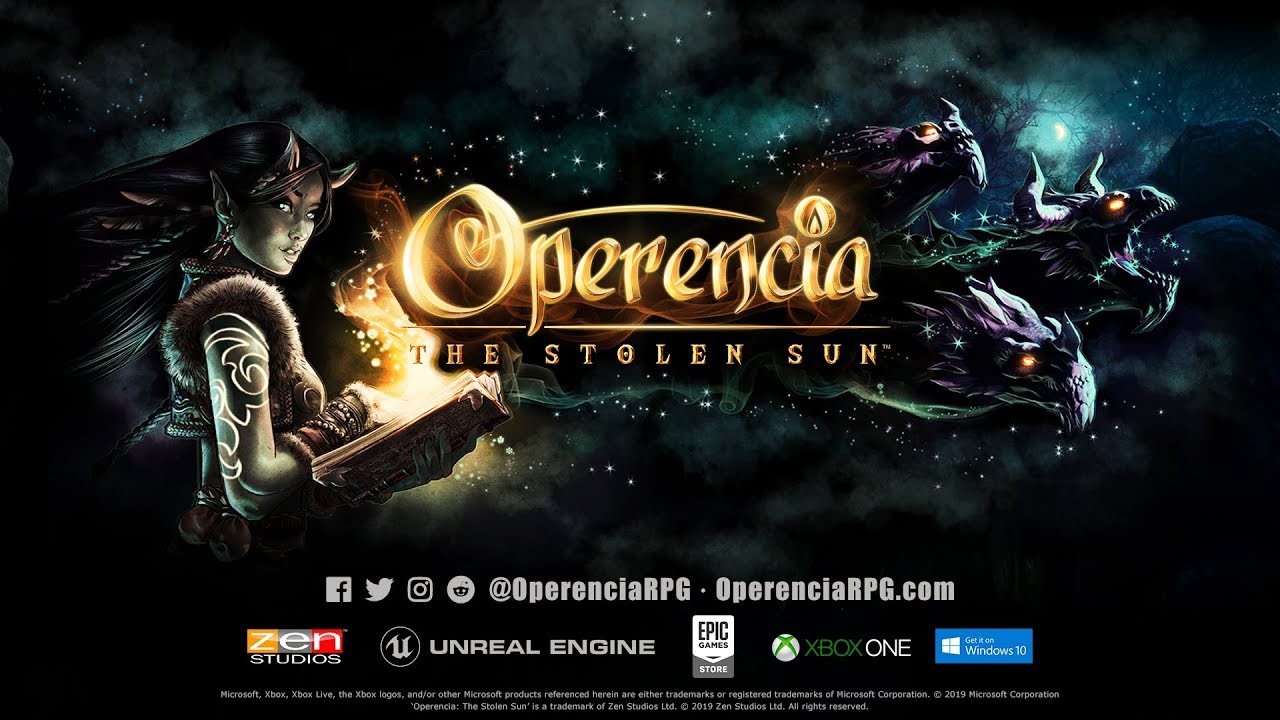 Can someone explain the 2011 movie Immortals to me?

DetectiveBananas replied
Mar 22, 2022
The 3 Big Games That I Could Care Less About But Do Too. And So Do you.
Opinion