Why the Hyper Neo Geo failed ; or why you don't send old hardware out to fight against Sega

So far I've talked about four of the seven Hyper games, and I've found a ton of people on here that remember playing them and enjoying them, which was a lot more than I expected when I brought up an obscure system from SNK. So that was awesome.

But If I am going to talk about the Hyper, I have to talk about the elephant in the room...the fact it was a complete and total failure for SNK. It came and went within 18 months and the SNK that made it went bankrupt and was bought out by Playmore. A pretty sad end to the first chapter of the story of the company that brought us hits like the KOF series, Metal Slug, Fatal Fury, etc etc etc.

But why did it fail? All seven games range from good to great. It has games from both the Samurai Shodown and Fatal Fury series on it. How do these types of games from a company known for fighters fail so hard?

Anyone remember the PC-FX? NEC and Hudson had a hit on it's hands with the PC-Engine. Did huge sales numbers in Japan. So to capitalize on the success of the PC Engine, they designed the PC-FX...a 2D powerhouse of a system. Then they sat on the design for nearly 2 years so as to not interfere with the sales of the PC Engine. THEN THEY RELEASED IT, UNCHANGED, TO COMPETE AGAINST SYSTEMS LIKE THE PS1. It was DOA...old tech not suited for when it came out.

The Hyper Neo Geo suffers from this problem ; great games, bad tech, worse timing. When you are competing with the likes of Sega and the Model 3, which came out BEFORE the Hyper Neo Geo 64, you've lost half the battle before you even showed up to fight. It just goes to show that at least in the 90's, hardware power was king and if you showed up with weak tech you'd get chewed apart.

Which is sad really. SNK had some great games on the Hyper, but their engineers just couldn't put up a system that could compete with what was already on arcade floors. Had the system hit in 95 I think it would have been a different story, but in 97-99, against things like Model 3 and NAOMI...it had no shot.
Reactions: Laconian Sword and I Love Rock 'n' Roll

For the visual of...well...the visuals of the Hyper against it's competitor systems lol. Lot of "visual" in that sentence
Reactions: I Love Rock 'n' Roll 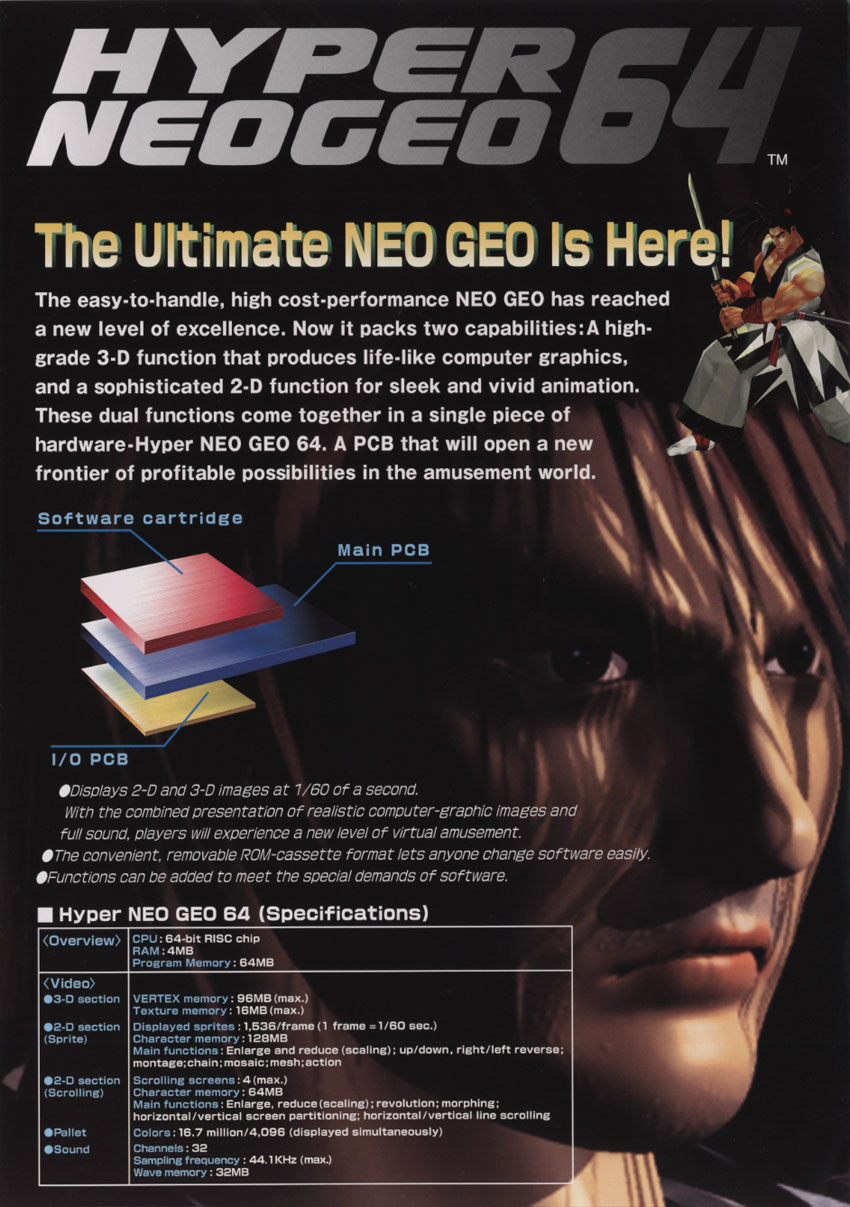 some “flavor text” on the hardware for fun
Reactions: I Love Rock 'n' Roll and Tarin02543 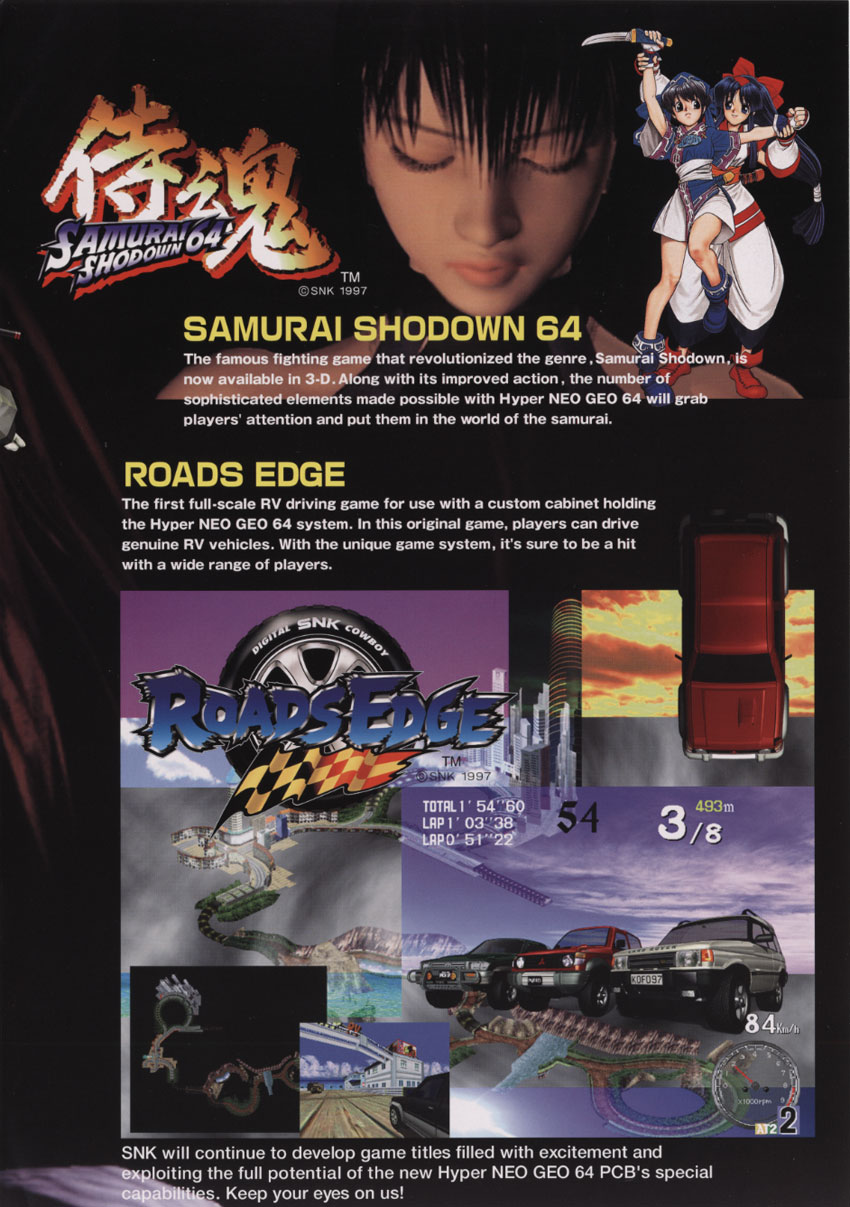 Reactions: I Love Rock 'n' Roll and Tarin02543
You must log in or register to reply here.

Apr 15, 2021 started The Gorby Congressmanz
Jun 19, 2021
Isleofsancroy
2 3 4
Sega's consoles failed mostly because they only had one blockbuster FP franchise, Sonic (2 if you include Japan)