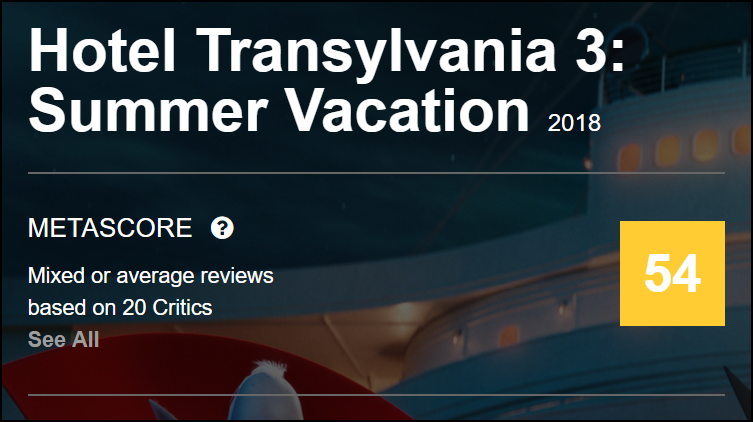 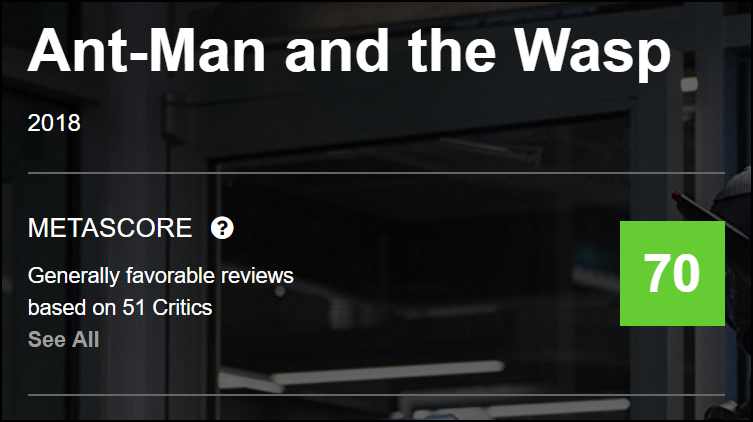 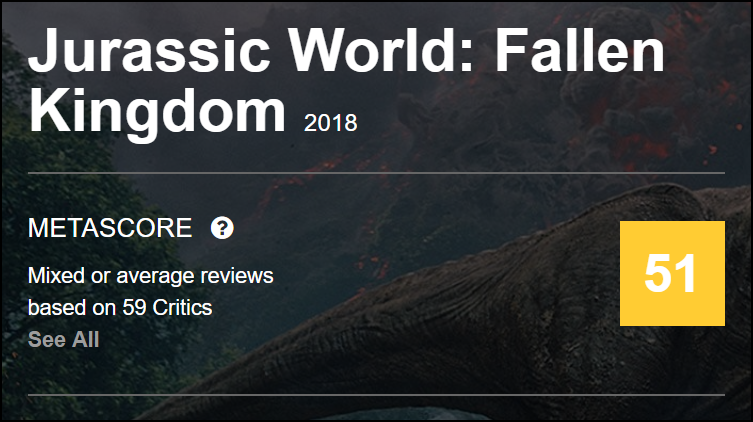 Box Office: ‘Skyscraper’ Gets Rocky Start as ‘Hotel Transylvania 3’ Checks In at No. 1

It turns out Dwayne Johnson was no match for Dracula and company.

“Hotel Transylvania 3: Summer Vacation” topped the domestic box office charts with $44 million from 4,267 locations, while Dwayne Johnson’s “Skyscraper” washed up with a paltry $25.5 from 3,782 theaters.

“We’re thrilled,” Sony’s president of worldwide distribution Josh Greenstein said. “We took the No. 1 slot this weekend with a tremendous amount of competition.”

As the first film in the series debuting during summer (its predecessors opened in September), Greenstein said the studio hopes “Hotel Transylvania 3” will benefit in coming weeks from kids being out of school.

“Skyscraper’s” debut wasn’t enough to secure the No. 2 slot, which went to the second weekend of Marvel’s “Ant-Man and the Wasp” with $29.5 million from 4,206 locations. The superhero sequel picked up another $35.3 million internationally, taking its global total to $284 million. Domestically, the Paul Rudd and Evangeline Lilly-led tentpole earned $133 million, while overseas it has made $151 million.

Universal and Legendary’s “Skyscraper” checked in third place, coming in way under projections. With $25 million in North America, “Skyscraper” represents the lowest opening for a Johnson-starrer in recent years. The studio is banking on his massive international following to justify the film’s pricey $125 million budget. It bows in China, where the action film is set, next weekend.

“The domestic results are part of a broader global play,” Orr said. “I think we’re going to have a great run. It’s not all about opening weekend.”

“Incredibles 2” landed in fourth place with $16 million in its fifth weekend, while “Jurassic World: Fallen Kingdom” rounded out the top five with $15.5 million in its fourth frame. However, that order could fluctuate when final numbers are tallied on Monday.

Disney-Pixar’s “Incredibles 2” is now the ninth-highest domestic release of all time with $535.8 million. The animated family film has amassed $856.9 million worldwide, including $321 million from overseas markets.

At the specialty box office, A24’s “Eighth Grade” generated the best per-screen-average of the year with $63,071. Bo Burnham wrote and directed the critically lauded feature, which made $255,000 when it opened on four screens. The coming-of-age film stars Elsie Fisher navigating her last week of middle school.

Meanwhile, Annapurna’s “Sorry to Bother You” nabbed seventh place at the domestic box office. Boots Riley’s satirical comedy pocketed $4.3 million when it expanded to 805 theaters. In total, it has earned $5.3 million.

Gus Van Sant’s “Don’t Worry, He Won’t Get Far on Foot” premiered in four theaters with $83,120. Joaquin Phoenix stars in the Amazon Studios comedy, which earned $20,780 per theater.

The summer of theatrical documentaries is still in full swing, as “Won’t You Be My Neighbor” earned $1.8 million in its sixth weekend. Morgan Neville’s film centering on Mister Rogers has grossed $15.8 million, making it the highest grossing documentary of the year, as well as the 16th-highest earning of all time.

Another documentary, Neon’s “Three Identical Strangers” made $1.2 million from 167 screens in its third outing, taking its domestic tally to $2.5 million.

Roadside Attractions and Miramax’s “Whitney” pulled in another $535,385 from 208 screens. The Whitney Houston documentary has made $2.6 million to date.

The 2018 box office continues at an uptick, ahead 8.3% from 2017, according to comScore. Weekend numbers were down .2% compared to the same weekend last year, when “War For The Planet of The Apes” opened. 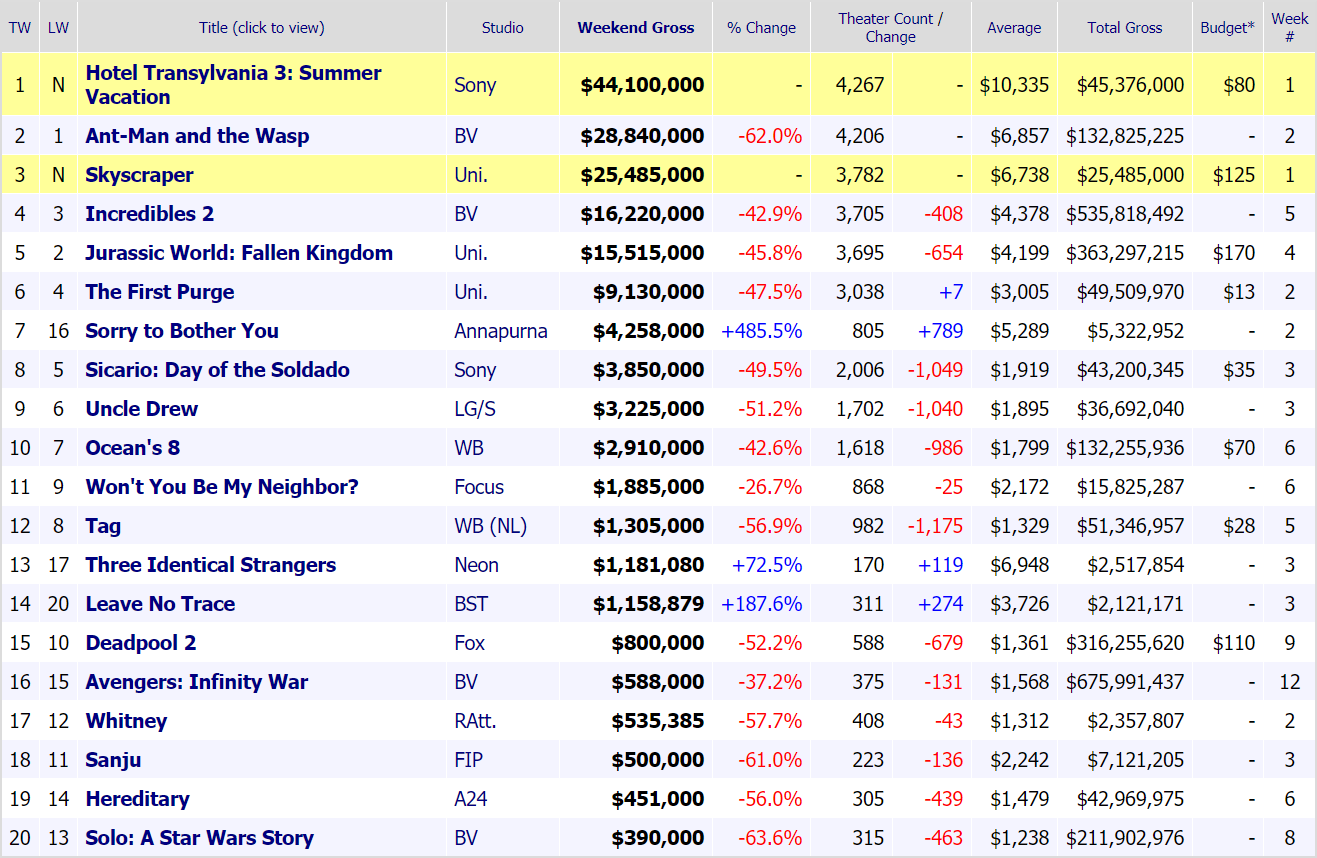 Is Jurassic world: FK already out? Did someone see it? Some impressions? The last Jurassic world was such a bullshit flick. I cannot believe I watched it
M

SecretOfEvermore said:
Is Jurassic world: FK already out? Did someone see it? Some impressions? The last Jurassic world was such a bullshit flick. I cannot believe I watched it
Click to expand...

More of the same to be honest it was fun, but story was a joke.

SecretOfEvermore said:
Is Jurassic world: FK already out? Did someone see it? Some impressions? The last Jurassic world was such a bullshit flick. I cannot believe I watched it
Click to expand...

You will think this one is even bigger bullshit than and I would suggest to stay away.

Yeah I for sure will stay away from it. The trailer already screamed more of the same shit. But nice to have confirmation.

And any opinions on skyscraper?

Ant-Man lost a little bit more than I was expecting. Was expecting a mid 50s drop instead.

Ant-man better keep its legs from there on out (or get a boost) because that's the kind of drop you don't want. what is it looking like WW?
M

Why is Ant-Man failing so badly when it seems to very positive reviews ?

michaelius said:
Why is Ant-Man failing so badly when it seems to very positive reviews ?
Click to expand...

The reviews were kinda positive but I think the WOM is more meh. Its not a bad movie don't get me wrong, but its more of a watch on Netflix or catch it 2 months down the line at the dollar theater movie. Especially coming off an epic like IW. And I know Ant Man is meant to have smaller stakes thats one of the reasons I liked it but I think general audiences for a super hero movie aren't looking for something low key in the theaters. I suspect it will do pretty well in streaming/Blu-ray sales
N

I really thought skyscraper was going to dominate even though I was more interested in hotel transylvania.
X

michaelius said:
Why is Ant-Man failing so badly when it seems to very positive reviews ?
Click to expand...

"Ant-man" has the lowest box office in MCU post Avengers. By far.

While "Ant-man and the Wasp" will be successful it was never going to be over $700 worldwide. They should have post poned it to a less competitive time like late August or early September.

Lets just hope that it can atleast get up to $550 million.
You must log in or register to reply here.