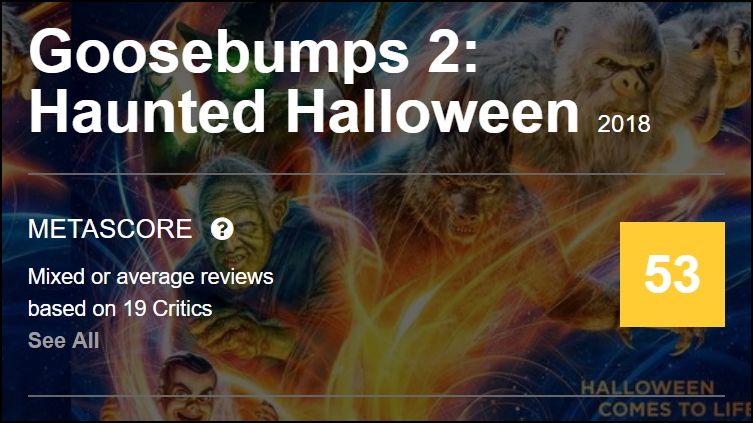 “Halloween” made a killing in North America, earning $77.5 million when the slasher film launched in 3,928 locations.

Overseas, “Halloween” generated $14.3 million from 23 markets for a global start of $91.8 million. “Halloween” cost just $10 million, marking another win for Jason Blum and Blumhouse Productions, who co-financed the film with Miramax. “Halloween” surpassed “Paranormal Activity 3” ($52.5 million) for the best debut to date for Blumhouse.

“I am enormously proud of this film,” Blum said in a statement. “‘Halloween’ brings the franchise back to life in a fresh, relevant and fun way that is winning over fans and critics alike.”

Universal’s “Halloween” is the 11th installment in the series, five of which have starred Jamie Lee Curtis as iconic avenging babysitter Laurie Strode, who is now a grandmother in the newest take. “Halloween” is now Curtis’ biggest opening to date, as well as the best horror opening with a female lead. It’s also the biggest launch ever with a female lead over 55 years old.

Carpenter returned to executive produce and compose the score for the R-rated thriller. The follow-up has garnered some of the best reviews for a series entry yet. While the last few iterations have been panned, “Halloween” holds a 80% average on Rotten Tomatoes and a B+ CinemaScore.

Jim Orr, Universal’s president of domestic distribution, attributed the high anticipation of “Halloween” to the 40 year gap between the original.

“There had been quite some time between the original film,” Orr said. “You combine that with the return of a tremendous star in Jamie Lee Curtis, great writing, great filmmaking. All of that comes together as a perfect storm.”

October’s box office receipts continue to impress as “Venom” and “A Star Is Born” deliver healthy numbers in their third outings. After “Venom’s” two-week reign atop domestic box office charts, Sunday estimates show Sony’s superhero movie led by Tom Hardy was narrowly defeated by Lady Gaga and Bradley Cooper’s “A Star Is Born” for second place. “A Star Is Born” pocketed another $19.3 million, while “Venom” follows close behind with $18.1 million for solid domestic totals of $126 million and $171 million, respectively.

“Goosebumps 2: Haunted Halloween” also cashed in on the spooky spirit, picking up $9.7 million to land in fourth place. That brings its North American tally to $28 million. Rounding out the top five is Universal’s “First Man,” which notched $8.5 million this weekend for a total of $30 million. Damien Chazelle’s space epic, which holds a $60 million price tag, dropped roughly 46% in its second frame.

Elsewehere, Fox Searchlight’s “Can You Ever Forgive Me?,” starring Melissa McCarthy, generated $150,000 when it opened in five locations, averaging a huge $30,000 per screen.

Another surprisingly strong showing puts October 54.5% ahead of the same frame last year, as well as 12% ahead of 2014’s record month, according to comScore. The 2018 box office remains up 10.6% compared to the previous year.
Click to expand... 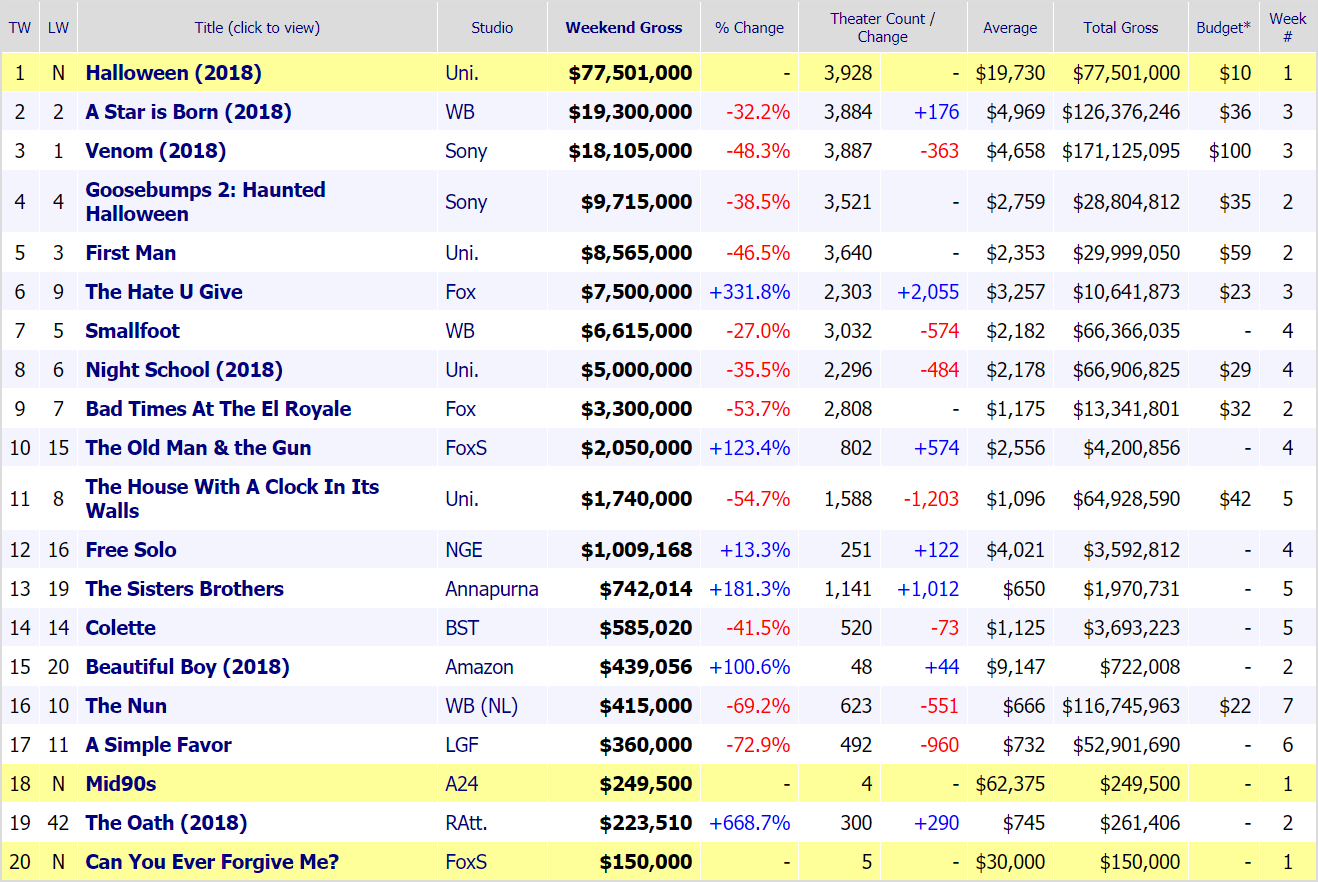 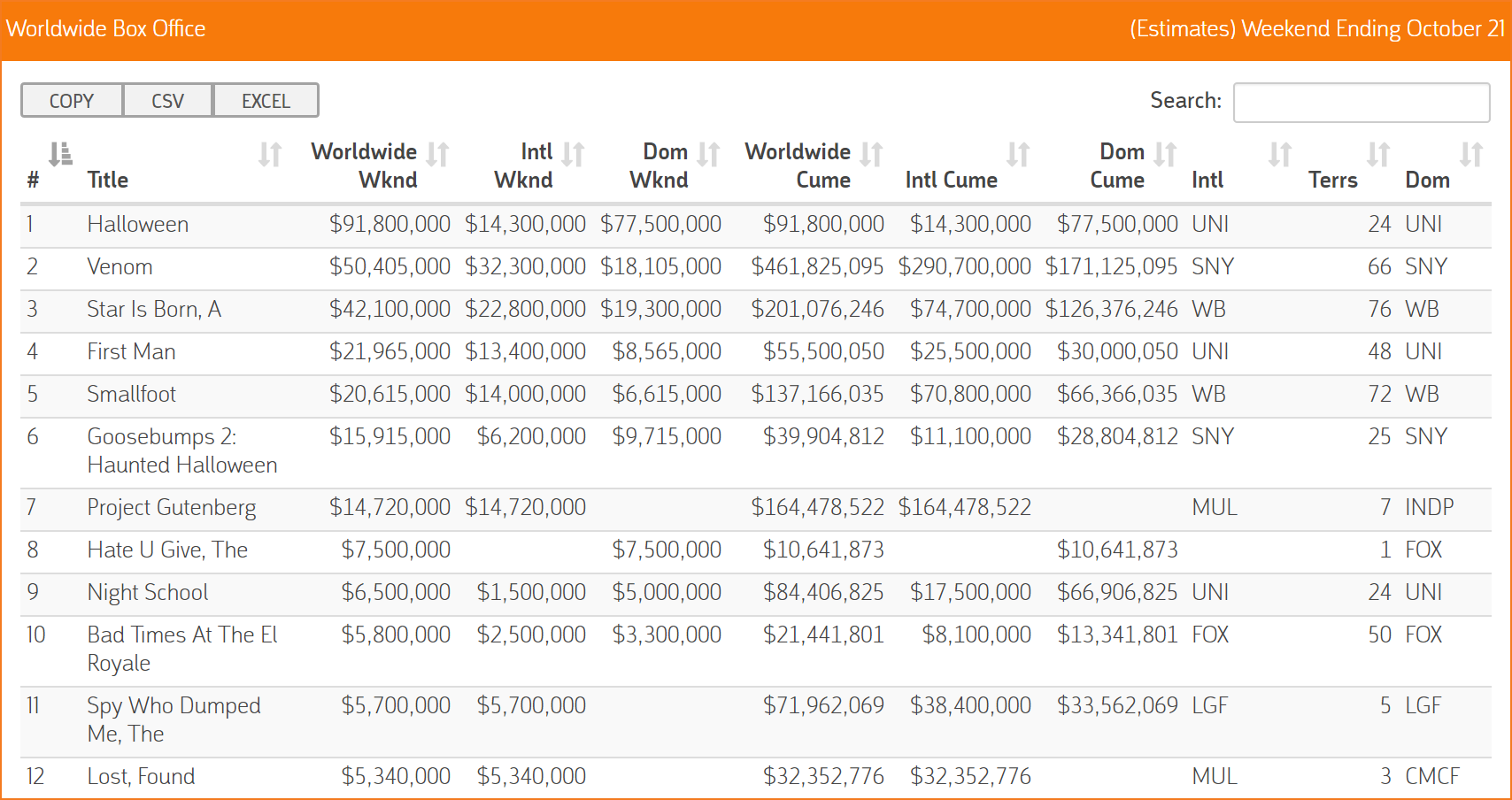 Wow, venom fell hard on it's third week. I guess Lady Gaga's monsters were able to do it

Good. I want a sequel. This will do nicely to contribute to that.
You must log in or register to reply here.