MiyazakiHatesKojima said:
How much did this cost?

Asking for a friend
Click to expand...
No matter how much does it cost, it's the only sensible somewhat future-proof build today. Even though I would like to shill for nVidia, but truth the matter it is, that AMD have good cards. Just no RT, at this point.
Reactions: MeatSafeMurderer and MiyazakiHatesKojima

I remember Asus did something like this awhile ago. It's neat, but a little too pricy when i can use that money on other parts. Mine has a cool gif on it though lol
nzxt x72
Last edited: Feb 23, 2020
Reactions: Elektro Demon

I use simple custom water cooling with distilled water and biocide.

'custom' sounds more impressive than it really is.

Meh, give me a huge honking chunk of metal wanged to my CPU. Less moving parts and points of failure.

Rentahamster said:
Meh, give me a huge honking chunk of metal wanged to my CPU. Less moving parts and points of failure.

The Bloody-Nine said:
Not really. I have the Corsair Hydro 115i RGB Platinum.

Click to expand...
Have you ever felt a boob?
Reactions: LostDonkey, Elektro Demon and longdi

I still have a H440i case new in box from some years ago, was gonna use the X61 with it but this might be an option depending how the X63 fairs against the oldie.
Reactions: Elektro Demon

MilkyJoe said:
Have you ever felt a boob?
Click to expand...
Your mother's was mighty fine.
Reactions: longdi, Elektro Demon and PhoenixTank
M

MiyazakiHatesKojima said:
How much did this cost?

Asking for a friend
Click to expand...
The computer was 1500 and the TV was 400.
Reactions: MiyazakiHatesKojima

M1chl said:
Still to much glass, for the current trend of christmas tree on motherboards. Hey, I don't want to deal with I/O shield, so it's better to be directly implented on the board, but then you run into problem when you have a lot of surface area to add LEDs to...
Click to expand...
I'm a fan of the recent popularity of tempered glass (within reason...whoever thought putting glass in front of the intake fans was a good idea shoufld be shot) but yeah, what's behind it should be clean and minimal, it just looks better that way. It doesn't need to be lit up like a christmas tree for you to see in. I get a feeling workstation boards might be in my future; they tend to waste less money on bling and put more into quality components and good VRMs.
Reactions: Elektro Demon, M1chl and PhoenixTank

These are entirely unnecessary, but I do have one.

www.gigabyte.com
Whack it on function mode and it does something like this:

Impractical means of checking anything really but I didn't pay all that much more for this 360mm with a screen & decent ARGB fans than a normal 360mm, all things considered. Also opted for this because I'm on a gigabyte board so I can control RGB with one app, so the software plays nice. The cooler has another bit of software, but it works well enough and again plays nice.

I like the PSUs that have a power use screen on them.
Reactions: Elektro Demon

What's the point even more shit that can brick.

U can pull up 100 times more info by pressing f12 in any game with msi afterburner.
Last edited: Feb 23, 2020
Reactions: PhoenixTank and Elektro Demon

Kenpachii said:
What's the point even more shit that can brick.

U can pull up 100 times more info by pressing f12 in any game with msi afterburner.
Click to expand...
Looks. That's the whole point of it. Some people dig it, others don't.

This is all cosmetics. Some like it, some don't..
Myself I don't mind some lights since I run a mostly open case but I don't want to run any extra software for it.
Reactions: Elektro Demon

LostDonkey said:
Erm. The Asus Rog Ryuo already did this 2 years ago OP. That had an OLED screen iirc.

VlaudTheImpaler said:
I think it's pretty cool depending on how accurate it is. But I'd rather have a built in reservoir like my swiftech for cooling purposes. Obviously having both would be nice though. 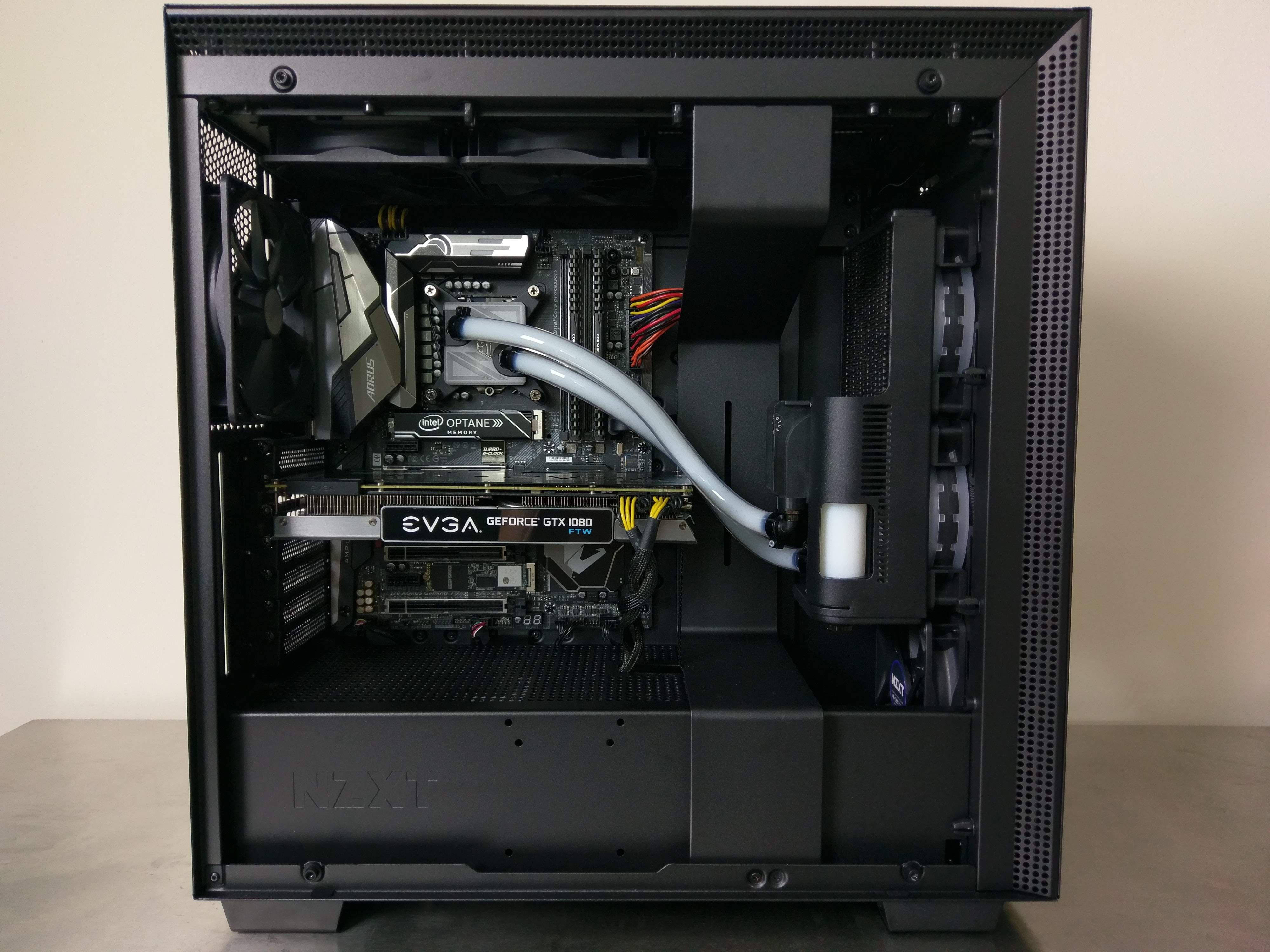 Click to expand...
I'm curious on what you use for the block, pump, and radiators. That looks like a nifty DIY liquid cooling setup.

BesuBaru said:
I'm curious on what you use for the block, pump, and radiators. That looks like a nifty DIY liquid cooling setup.
Click to expand...
The cooler I have is this, http://www.swiftech.com/drive-x3-aio.aspx#tab1

It's actually kind of a hybrid AIO. The only one I know of (It's been years since I've checked the market though) with a built in reservoir with a strong pump. It comes as an AIO but they say you could actually use any tubing you wanted if you decide to expand it and go for more later since the pump can handle it. They sell fittings and stuff on the site but you don't even have to use theirs.

I figured it was an excellent starting point for me in case I decided to dabble in water cooling at some point. It's little brother was one of the best, if not flat out the best AIO on the market but since it wasn't from a major manufacturer, it was sort of a hidden gem. I didn't even know about them until I was in the middle of seeking deals for my PC build and I think I read about them in somebodies post somewhere on a tech blog while I was doing research. I think it was overclockers. Learned that there was a new model on the way and I decided to wait a little longer, save up a little and not skimp on the cooling.

Oh, and thanks for asking, after looking up the site, I saw the replacement coolant and it reminded me I haven't even touched mine. Don't know if I need to top up or something... Should probably look into that . But I've had mine for years now and it looks just as full as it always did...
Last edited: Feb 23, 2020
Reactions: TheKingKRoach, Elektro Demon and The Bloody-Nine
M

M1chl said:
Hope the BIOS is good. You are going to need it.
Click to expand...
Got the system yesterday. Did fresh install of Win Pro, updated everything, then installed newest Adrenaline released day before. It's Rock solid so far. No blacks screens. Almost silent. Have installed a bunch of games. Guess I won the video card/driver lottery. Seems like everyone else is reporting great stability now too:
Check this thread
Last edited: Feb 29, 2020
Reactions: Elektro Demon
You must log in or register to reply here.
Share:
Facebook Twitter Reddit Email Link
Top Bottom