WSJ: Borderlands 2 not COD enough, should be priced the same as Nascar Unleashed

Ask me what I think about Borderlands 2 from Gearbox Software, and I&#8217;d tell you about its dubious, convoluted plot. I&#8217;d talk about a mind-boggling array of guns and loot. At no point, though, would I ever say I was ready to &#8220;joy puke&#8221; my face off, as the game box predicts players will do.

The sequel to the highly acclaimed 2009 Borderlands game goes on shelves Tuesday in Xbox 360, PS3 and PC versions for around $60. At that price point, the first-person shooter, published by 2K Games, inevitably invites comparisons with the Halos and Calls of Duty games already out and due to come in the next few weeks and months. Borderlands 2 falls short because it&#8217;s missing several key elements you need to have in a 2012 first-person shooter game &#8211; most notably, a rich multiplayer online mode. There&#8217;s an extremely limited four-player cooperative mode, and if you have an Xbox Live Gold account, you can team up that way, but this isn&#8217;t the type of deeply engrossing FPS game the headset-wearing COD crowds gather to play months and months after release. In comparison, I read on several sites that COD: Black Ops 2 will feature up to six teams, for a total of 18 simultaneous players, in multiplayer mode.
Click to expand...

The game&#8217;s opening sequence reminds you that Borderlands&#8217; developers chose to go the animation route, and I don&#8217;t like it very much. The game isn&#8217;t manga-like enough to be super-hip, so instead, it just feels cartoonish.
Click to expand...

As a $30 impulse buy, priced about the same as games like &#8220;NASCAR Unleashed,&#8221; I wouldn&#8217;t have a problem recommending Borderlands 2 as a fun diversion. At twice that price, though, I think it&#8217;s fair for players to demand the whole magilla &#8211; cutting-edge development, engrossing campaign gameplay, scads of downloadable content, a rich social media/community experience, sharing of loot and gear and online multiplayer modes that keep you and your friends coming back until the next version of the game comes out.
Click to expand...

Hot hell, I have no words.
E

You forgot this nugget

Borderlands 2s single-player campaign mode isnt as good as what youll find in games like COD: Black Ops or the Medal of Honor series. Theres too much feast-or-famine hunting for tasks, supplies and a good battle for this to be a fun game all the way through.
Click to expand...

I'd rather read "games journalism" than that tripe.
U

Well... that's proof enough that should never do anything video game related ever again. Ever.
G

Mainstream Media, and we trust them with regular news...
D

They have to be. Not Manga like enough for the super hip? What?
D

So this is what a dudebro doing game reviews looks like.
D

This is a troll, right?
BL has NEVER needed any CoD trappings...
S

"At that price point, the first-person shooter, published by 2K Games, inevitably invites comparisons with the Halos and Calls of Duty..."

Uncle Ruppie hires only the best. Suck it haters.
E

i wanna be manga-like and super-hip
D


the only word I can use to describe this
M

Finally getting some REAL JOURNALISM in Game Reviews, this is the Wall Street Journal afterall people. I hate having too much a good battle.
C

I had a good laugh.
R

Sorry, you lack the manga-like qualities we require...

There are also just factual errors like this one:

It may be the game for you, but if youre in the market for a new FPS, Id at least counsel waiting to compare it to Black Ops 2, due out in mid-November, or Halo 4, which is slated for a December release.
Click to expand...

Dat feel when real journalism turns out to be as bad as game journalism.
K

The games opening sequence reminds you that Borderlands developers chose to go the animation route, and I dont like it very much. The game isnt manga-like enough to be super-hip, so instead, it just feels cartoonish.
Click to expand... 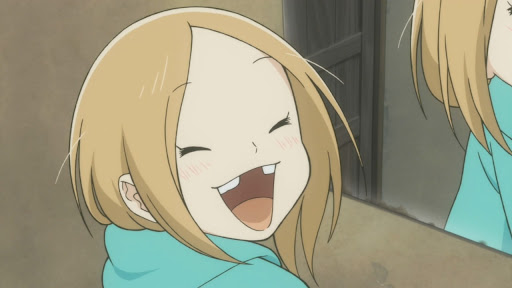 This is how people analyze industries they don't understand (which accounts for most business analysis, actually). Also, I don't think Manga's been hip since like 2003.

Now if the question was, is $60 a good price for all new games regardless of content, then we'd have a debate.
V

Wonder what other gems this fine journalist has written.
S

Nascar Unleashed portion made this Review of the Year

I don't like Borderlands in the least bit but the writers opinion is a pretty shitty one, no doubt.
N

ZeroRay said:
This how people analyze industries they don't understand (which accounts for most business analysis, actually).

Now if the question was, is $60 a good price for all new games regardless of content, then we'd have a debate.
Click to expand...

Yes but this probably isn't even the game you'd base that discussion around.

So Manga is hip now? I read Manga, does that make me hip? I am hip, dudes.
P

That seriously reads like one of the April Fools articles from Game Informer. What a joke.
D

I played Borderlands and all the DLC and it was repetitive as hell. It was one of those games that was a pain in the ass to finish.
D

breaking down barriers in gratuitous nudity

I feel dumber after reading that review.
F

Why is so much attention/credence being given to a one off review by someone who admittedly doesn't know much about games?

It reminds of me the histrionics that went on around here over Uncharted 3.
M

Wonder what other gems this fine journalist has written.
Click to expand...

"Torchlight II doesn't even have an Auction House in which you can buy in games items with real life money, that's such an egregious error that I cannot recommend this game."
R

I have no idea if that article is serious at all.

I remember when alot of critics and analysts said Borderlands 1 would be a huge bomb, Pachter saying it was a huge mistake for 2K to publisher, and it wouldn't make back it's money, then it goes on to sell like 5 million copies.

What is it that certain people dislike about Borderlands and want to see it fail?
T

It still amazes me that CoD games require massive budgets when they've been reusing the same engine since 2007 (with some enhancements, except BLOPS went backwards). I mean how much money do those explosions cost?
D

I just had to reply on the article.
D

And I always think BL stands for something else as well. Should have went with that in order to be more super-hip.
J

DragonSworne said:
Mainstream Media, and we trust them with regular news...
Click to expand...

I sure as shit don't.
You must log in or register to reply here.

May 30, 2019 started IbizaPocholo
May 30, 2019
Lanrutcon
News Final Fantasy VII Remake director says fans will have to wait for Part 2 for full use of PS5, Naoki Hamaguchi will also take over as director