thanks
and...yeah, that's what I wanted to post first, actually =D
T

Thanks to LiK for the info

Bastion coming to XBLA this Summer

Were very happy to announce weve joined forces with Warner Bros. Interactive Entertainment to bring you Bastion this summer. Check out the official announcement right here, and read on for our take on the news.

The big question is, what changes now that we have a major game publisher like Warner Bros. in our corner? You may be surprised to learn not much! Were still six people making Bastion out of a living room in San Jose with the invaluable aid of a few of our close friends. Were still an independently owned game studio creating our first game and, with it, our own original IP. What Warner Bros. provides is the opportunity to release the game on Xbox LIVE Arcade  all XBLA titles are either published by Microsoft directly or by a licensed third-party  as well as heavy-duty promotional support for events like PAX East and E3. In other words, Warner Bros. is helping us see to it that Bastion reaches the biggest possible audience. They saw the potential in Bastion straightaway and its great to be working with the folks over there.

As stated in the announcement, Bastion will be debuting on Xbox LIVE Arcade and coming to the PC later this year. These are the only platforms we expect to support in 2011. Beyond that, anything goes  its going to come down to how much demand there is and what makes the most sense for us to do next.

Were now in the process of putting the finishing touches on Bastion for the Xbox 360 and youll be able to try and it and play it before long. That will be the deciding moment for Bastion and Supergiant Games, but until then, this is a pretty big one for us. So thanks again to all of you whove been following us to this point, and to those of you just joining us, its great to have you along for the ride  the best is yet to come!
Click to expand...

randomlyrossy said:
Do let us know if you see anything we're missing.
Click to expand...

Duels of the Planeswalkers 2012.
T

Wait what?! Fire Pro Wrestling XBLA at Pax East? DO WANT. I hope this means the game is almost done.
S

Sweet Jesus, just in the last, I dunno, couple weeks or months since we last saw video footage of the game, it's gotten even BETTER looking - incredible.

Thanks, both have been added.
H

If Fire Pro is successful, does anybody think that Spike will release a proper HD Fire Pro Wrestling Returns sequel?
K

Pretty sure this trailer is old. It's the same old a while ago that only shows 10 seconds of DX
K

Wario64 said:
Pretty sure this trailer is old. It's the same old a while ago that only shows 10 seconds of DX
Click to expand...

Yeah I see the same trailer has been uploaded 4 months ago, silly GamesPress.
K

Host Samurai said:
If Fire Pro is successful, does anybody think that Spike will release a proper HD Fire Pro Wrestling Returns sequel?
Click to expand...

I sure hope so. Not enough sports/fighting games on the XBLA.
A

In between matches, a message at the bottom of the screen says, "Reading this will make the game load faster."
Click to expand...

Come by the Ubi booth, hang out with me, play Clash of Heroes, get high-fives (and maybe some figurines )
X

I totally forgot about Outland, there are just too many XBLA games to keep track of all the ones I'm interested in...
S

Card tapping aficionados can take on other summoners this summer through the magic of the internet with Duels of the Planeswalkers 2012 on XBLA, PSN and PC/Steam.

The new standalone game will add "new game modes, Planeswalker opponents, decks, puzzle challenges" and more. The title will feature a tutorial to ease new players into the potentially overwhelming card game, along with a "new-to-digital" multiplayer mode called Archenemy, where two allies take on an AI.

PAX East attendees can check out the new Archenemy game mode for Duels of the Planeswalkers 2012 at the Magic booth (#648) on the show floor.
Click to expand...

Just finished playing some Torchlight and went to the marketplace and noticed that Battle: Los Angeles is up now.
R

BigMack said:
Just finished playing some Torchlight and went to the marketplace and noticed that Battle: Los Angeles is up now.
Click to expand...

Huh, weird that they keep putting out random games on Fridays.

Thanks for the heads up, I'm going to put up a quick story about this and I shall give you the credit for it sir.
S

Nice, I thought they missed launching with the movie when it didn't come out Wednesday.

Hopefully it plays as well as it looks.
V

randomlyrossy said:
Huh, weird that they keep putting out random games on Fridays.

Thanks for the heads up, I'm going to put up a quick story about this and I shall give you the credit for it sir.
Click to expand...

I know. Usually we at least get a notice from Major Nelson in his "Coming Soon" posts, even if its just a week or two.

Oh and thanks for the credit. Not necessary, but its certainly appreciated
R

BigMack said:
I know. Usually we at least get a notice from Major Nelson in his "Coming Soon" posts, even if its just a week or two.

Oh and thanks for the credit. Not necessary, but its certainly appreciated
Click to expand...

And in case you were curious, here's the story with your credit. Heh.

If you think modern FPSes are glorified shooting galleries, maybe try this, you'll gain a new appreciation for them. Call of Duty feels like Doom II next to this game.
K

If you think modern FPSes are glorified shooting galleries, maybe try this, you'll gain a new appreciation for them. Call of Duty feels like Doom II next to this game.
Click to expand...

It is so bad I think it swings back around and becomes unintentionally hilarious. Absolutely boring to play, but everything else about it is genuinely comical. I mean, it uses COMIC SANS for its subtitles font.
P

At one point I was shooting an alien who was about 10 feet from the balcony but when it died it immediately zipped to the balcony and fell over.
K

Duels of the Planeswalkers 2012

Tribes : Ascend announced for the XBLA !

Fantastigood news. I f'ing LOVE Tribes, played it pretty extensively online on the PS2, and NOW (huge bonus here) I'll get to talk a little smack to people instead of using canned messages.

Tribes Aerial Assault was about as pure a multiplayer experience as I can remember. So fun.

Other bonus: I won't be playing it on the PS2.

Just leave your Xbox on in the XBL Lab when you go to sleep. You'll wake up with the Einstein wig and mad scientist glasses. Totally worth it (?)
X

BigMack said:
Just finished playing some Torchlight and went to the marketplace and noticed that Battle: Los Angeles is up now.
Click to expand...

Wow that was totally awful in every way... I'd say it's even worse than the FPS we got a couple weeks ago, Breach. Apparently after Battlefield 1943, XBLA is the new place to send really bad shooters in the hopes that a few people will buy it before they realize it's shit.
S

Fez playable at PAX East, visible in this trailer

If you're at PAX East this weekend, you'll finally get the opportunity to play Polytron's perspective-shifting XBLA platformer, Fez, in booth 1118. We're guessing there's going to be a line. But even if you don't get to play it, you can enjoy a new trailer released for the occasion.
Click to expand...

A "dev diary" for Ghostbusters was put out today. The quotations marks are because I don't think it quite qualifies as one and is also less than a minute long. It does explain the story a little though for those interested.

I'm in love. Everything shown in that vid was amazing! This game is going to rock so fucking hard.
E

Anyone heard any news on Might & Magic Clash of Heroes?
X

Both of those look so good... takemymoney.gif
G

Yup time for more points for me.
S

also how in the world does xbla manage to top the previous years lineup year after year?!
K

ITSP gets all the love, but I really like the look of Outland. Coming out April/May according to the video, not long to wait
E

Thank God. Thought it'd suddenly disappeared when it didn't make the summer release. Any hints on a date floating around?
K

Gatling Gears looked like shit in screens. Its PAX trailer is way better :

Looks good, the XBLA game it reminds me of is Assault Heroes (I think that's the name, it's been years).
K

Fire Pro Wrestling will be released this Summer. 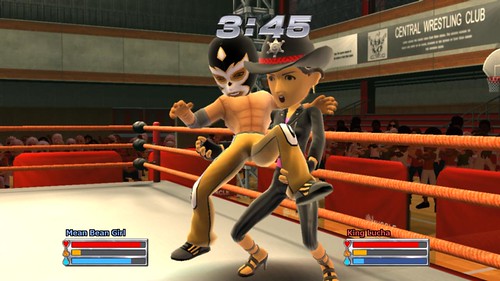 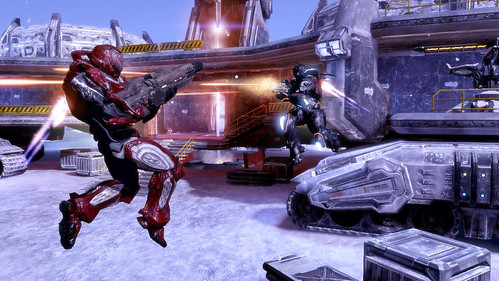 Kafel said:
Fire Pro Wrestling will be released this Summer.

Where are the bear suits and Tigermask outfits, damn it?!
You must log in or register to reply here.

May 22, 2021 started geary
May 24, 2021
dmman
Xbox Will Reportedly Hold An Event Related To Bethesda Next Month