Torrance, Calif., (January 31, 2013)  XSEED Games, an independent-minded publisher, is celebrating the new year by announcing a robust lineup of action and RPG titles scheduled for North American release in 2013. Among the titles XSEED Games has revealed it will be publishing is the upcoming action thriller, KILLER IS DEAD. Developed jointly by KADOKAWA GAMES and esteemed game creator, Goichi Suda (aka SUDA51), and his GRASSHOPPER MANUFACTURE studio, KILLER IS DEAD will be available for the PlayStation®3 computer entertainment system and Xbox 360® video game and entertainment system from Microsoft. Other titles confirmed for release in 2013 include a host of handheld titles, such as the RPG adventure title Rune Factory 4 for the Nintendo 3DS hand-held system, as well as Ys: Memories of Celceta and Valhalla Knights 3 for the PlayStation®Vita handheld entertainment system. The company will also be releasing Ys I&II Chronicles+ on Windows® PC via Steam.

XSEED is ringing in the New Year by sharing a glimpse of our upcoming lineup of great titles for 2013, including the exciting partnership for KILLER IS DEAD, the newest creation from KADOKAWA GAMES and SUDA51, which I personally selected to bring to the US market, said Shinichi Suzuki, President and CEO of XSEED Games. In the coming year, we will release an array of solid action and role-playing games that are sure to delight fans through a combination of high quality gameplay and well-crafted localization.

PS3/Xbox 360®, Summer 2013  Created by game legend SUDA51, this highly anticipated original game is set in a not-so-distant future similar to (but not the same as) the world we know now. The player takes control of an executioner named Mondo Zappa who wields a Japanese sword in his right hand and brandishes interchangeable weapons in his left artificial arm. His ultimate goal is to execute various heinous criminals scattered around the world and beyond.

Completely unique visuals and outstanding stylish action come together to deliver an unprecedented gaming experience in KILLER IS DEAD. This brand-new action title is being jointly developed by KADOKAWA GAMES and GRASSHOPPER MANUFACTURE, with SUDA51 lending his trademark sense of style at the helm. Deep Silver, the games label of Koch Media, will bring the title to the countries of Europe and Oceania.

Nintendo 3DS, Summer 2013  The first game in the Rune Factory simulation/role-playing series to be released on the Nintendo 3DS, Rune Factory 4 adds new romance options, the ability to select a male or female character at the games start, and has endless crafting, farming and cooking opportunities. The player becomes Selphias prince or princess and can manage the village, explore the countryside with townsfolk, or tame monsters in the wild to aid them in battle or help out in the fields.

PS Vita, Fall 2013  The fourth title published by XSEED Games in the popular Valhalla Knights action RPG series, Valhalla Knights 3 features a robust character creation system and brings intense seven-on-seven party-based combat to the PS Vita. Players can select from one of seven races and one of twenty job classes such as Fighter, Mage, Thief, Priest, Akatoki or Archer, while also equipping two sub-jobs. Players can adventure with a party of their own making or brave the wilds alone and seamlessly engage in real-time combat to earn skill points for upgrading and unlocking abilities unique to each job class.

PS Vita, Fall 2013  An extensive reimagining of (and pseudo-sequel to) Ys IV, one of the only Ys games never before released in the west, this title puts more enemies on screen than ever before and features the largest, most non-linear overworld in Ys history, boasting superlative graphics and a triumphant evolution of the fast-paced gameplay that has made this series a timeless action RPG mainstay. As the game opens, long-time protagonist Adol Christin finds himself alone, dazed and confused in a strange land, and must piece together his memories of how he got here and why, all the while struggling to determine whom he can trust.

Windows PC (Steam), February  XSEED Games has delighted RPG fans for years by publishing multiple Ys titles from legendary RPG developer Nihon Falcom for handheld platforms and Windows PC, and now Ys fans can celebrate once more as an enhanced remake of the classic first two games in the Ys franchise comes to Steam for the first time. Including both Ancient Ys Vanished: Omen and Ancient Ys Vanished: The Final Chapter, this action RPG tells of red-haired swordsman Adol Christins inaugural adventure to defeat the evil forces blighting the isle of Esteria and uncover the mysteries of the eponymous lost land of Ys.

This will be an amazing year for us, said Ken Berry, Executive Vice President of XSEED Games. Our portfolio continues to expand and its evident by this stellar lineup of titles, so were excited to share more details and hear what our fans are most looking forward to playing in the coming year.

Additionally, XSEED Games recently announced that the company will be publishing the highly anticipated action RPG title, Pandoras Tower, on Wii this spring. More information on each of the upcoming products will be announced in the coming weeks and months. For more information on XSEED Games products, visit www.xseedgames.com. Fans can also follow XSEED Games on Facebook at www.facebook.com/XSEEDGames and Twitter at www.twitter.com/XSEEDGames.
Click to expand...
Just received this. This plus Pandora's Tower means XSEED is giving RPGs a lot of love this year.
V

Something for everyone just about.
Z

A THOUSAND TIMES THIS.

edit: and Celceta too! Finally something to look forward to on Vita this year!

XSEED are gods
B

Also what's with the Ys 1 and 2 games? Differences from PSP version? Better or worse?
S

Great,so is Ys a retail release in EU?
T

Was hoping for Hero 30 Second on Steam.
Z

Oh so they really did announce 5 titles at once
I

Mmmm, that is some nice Vita titles.
D

I'm going to kill Ultros for getting my hopes up that Umineko, Steins;Gate, or Fatal Frame II Wii would probably come from this.
V

Looks like I wont be selling my Vita, only the Ys games for me, I just wish the Atelier Vita games get localized too. Might check out Killer is Dead though.
S

Two of the five are for Vita?!

Will buy everygame on that list except Ys Chronicles!
A

So glad I have a Vita~
L

Celceta, VK 3 and maybe Killer is Dead will be mine. Couldn't give a fuck about Ys I & II after disliking them on PSP.
S

Yay for Y's
Boo for the lack of Legend of Heroes 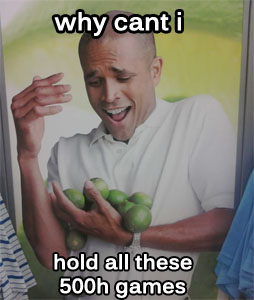 Got to love Xseed. They published half my PSP library.
M

XSEED, putting the big publishers to shame since 1886 (or whenever they were founded)
S

I'm really hoping we get some cool swag for Killer is Dead.
Z

Looks like I'll pick up Ys 1 and 2 Chronicles+ on Steam.

I wanted to hear news on Legend of Heroes: 2nd Chapter though.
S

Deep Silver has also confirmed that KiD will have English and Japanese audio.
S

Aaand Vita purchase validated (it already was, but still).
M

In the beautiful country where they have the best

Rune factory yeeeesss!!!!I am now Frying higher and higher by this news


I hope rising star is going to localise it soon.
V

Almost thought that Killer is Dead was coming to PC for a second there while reading that release.

Either way, GODDAMN THAT'S A SEXY LIST OF GAMES. Need me some 3D Rune Factory.

Will get YS !! More RPGs for Vita the better.
H

Oh yeah ! Ys:Celceta is coming to the west *happy dance*

This announcement would have been enough, but no they are also bringing RF4 and Ys book 1 and 2 to PC !

In for Killer is Dead and the Ys games.
J

In regards to Killer is Dead

"Deep Silver, the games label of Koch Media, will bring the title to the countries of Europe and Oceania"
Click to expand...
A 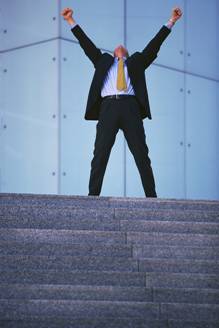 finally. pretty long wait though.
B

I'm interested in Ys Vita. I hope I don't need to play the other ones first to know the story.
R

This is a very solid lineup for XSEED this year.

Not a whole lot of surprises, but it's great to have it all confirmed.
T

I always imagined this is what Vic Ireland's Gaijinworks would be doing (successor to Working Designs)... Good for XSEED - maybe VI should try to get bought out... It'd be great for XSEED to own all the various US publishing rights that VI/Gaijin are sitting on, especially owing to their legacy relationships through Working Designs
M

A while back I asked what the definitive versions - in English - of the Ys series were, and for 1 and 2 the votes were roughly split between Chronicles and the TG-16CD version on the Virtual Console.

Does Chronicles+ on the PC change that in any way? In particular, does it have the TG-16CD soundtrack available?
H

Mr.Fresh said:
Will get YS !! More RPGs for Vita the better.
Click to expand...
I'll be all about the YS on Steam. Get XSEED looking at it even more seriously.
V