So I'm pretty tired of the constant console wars that has engulfed GAF in the recent months, i even made a thread about it and many suggested that i (and others who share my POV) should be the change i wish, so in the spirit of that i was inspired by a recent video/gif of one my favorite games main menu.


This scared the shit out of me as a 10 YO kid, i remember my brother got the game thinking it was like Resident Evil but was disappointed it wasn't and returned it and i didn't find how great it was until 2002.

The Legend of Heroes Trails of Cold Steel I&II:


I love how the main menu changes as your party grows and especially in 2 where it shows different locals and party composition as the plot goes on add to that the great music and I'm pumped to start the game.

Reactions: Fuz, DonF, GeekyDad and 13 others

Oh yeah that was awesome! I got the game by the end of the PS3 era but never really played it past the prologue but i do remember that main menu!
Reactions: Kuranghi

I loved the little character animations in ff13's menus.

I don't remember that one, do you have a video/gif of it? All i remember is a static screen with the logo and that killer OST.

Ha a hard time finding videos of it, but those old ESPN 2k sports with authentic look and music were awesome.
A

There is an absurdly large list of things I don't like about MGS4. The title screen is not one of them.
Reactions: A.Romero, Thabass, legacy24 and 11 others


- Borderlands 2 is also up there for me, but I can't find a decent video to showcase it.
Last edited: Apr 4, 2021
Reactions: Diddy X, tioslash, Godzilla Emu and 2 others

I can sit at Cyberpunks main menu forever. That theme song is INSANE.


I'd also post Dark Souls 3 if someone hadn't beaten me to it.
Last edited: Apr 5, 2021
Reactions: tioslash, FromDuskTillGameOver, Flabagast and 4 others


Can't find footage of the actual menu except with a long intro so after you watch that mute it and play this music over it to get the almost full main menu experience:

Reactions: DonF, Handel, Rean no Kiseki and 1 other person


Can't find footage of the actual menu except with a long intro so after you watch that mute it and play this music over it to get the almost full main menu experience:

There hasn't been a game since Black that made shooting a gun feel so satisfying in both visuals and sound.
Reactions: Handel and Kuranghi

It should be noted that you control the transitions by changing menus, so you can make it play out at whatever speed you want but the best part is that as you beat the bosses in the game it adds them into the list of enemies that appear on the final screen before it goes back to Batman on the gargoyle. So it was Tyger guard in this video but it could've been many other baddies.

Fucking excellent, probably the best ever imo.
B

Dragon dogma (because of the music)

Awesome pixel art and one of the best Mega Drive music ever.

I don't care what Obsidian drones say FO4 is a fantastic game with great exploration and fun gunplay.

B-but w-what about multiple routs and factions? What about the PC being voiced and limiting the choices? W-what about it being just Skyrim with a different skin? w-w-w-w-w-...

I love FONV but the hate for anything that's not just a carbon copy of it is annoying.
Reactions: Godzilla Emu and ArtemisClydeFrog

The Half-Life 2 and Left 4 Dead title screens/main menus were always good.
Straight to the point yet atmospheric.

I kinda like Dark souls 1 just because of its simplicity.
V

Reactions: gradient, 22:22, Touch fuzZy. get BizZay and 3 others

I liked the Chronicles of Riddick og Xbox main menu, that was pretty swell. Currently really digging the main menu from MH Rise, the music is great, when I'm not playing the game my girl will still just let the game idle or leave it at the mm lol. 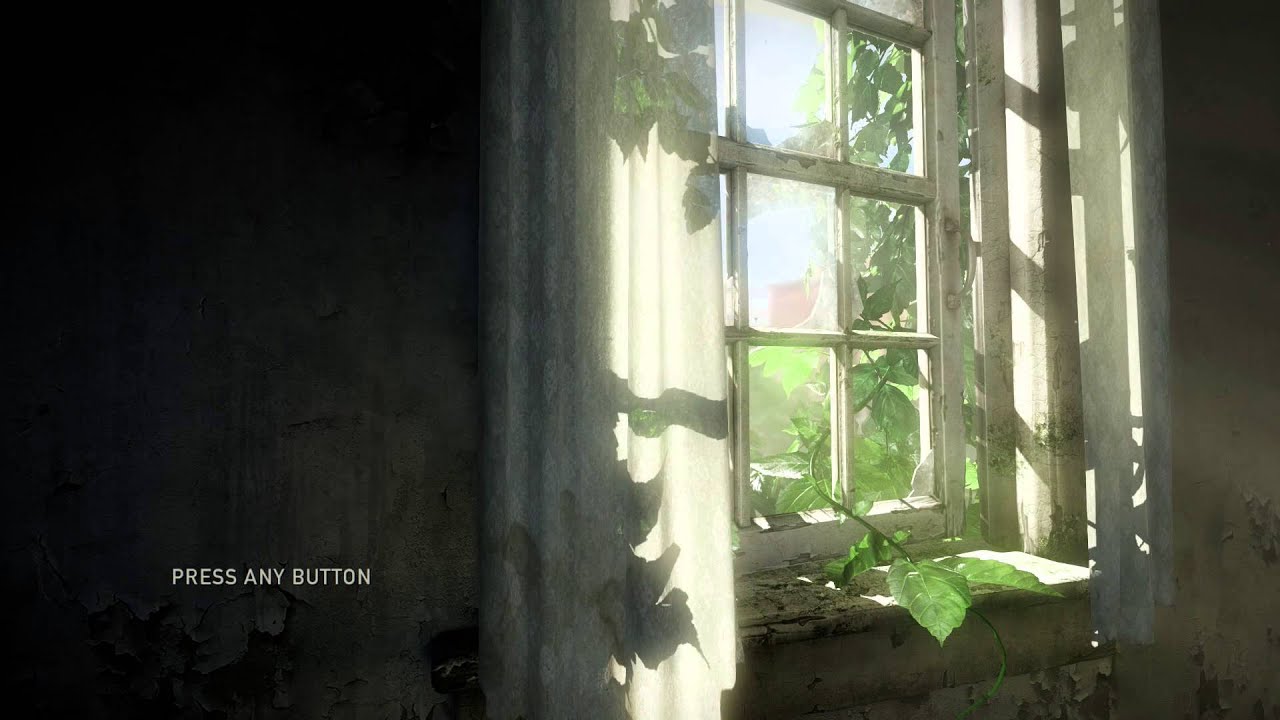 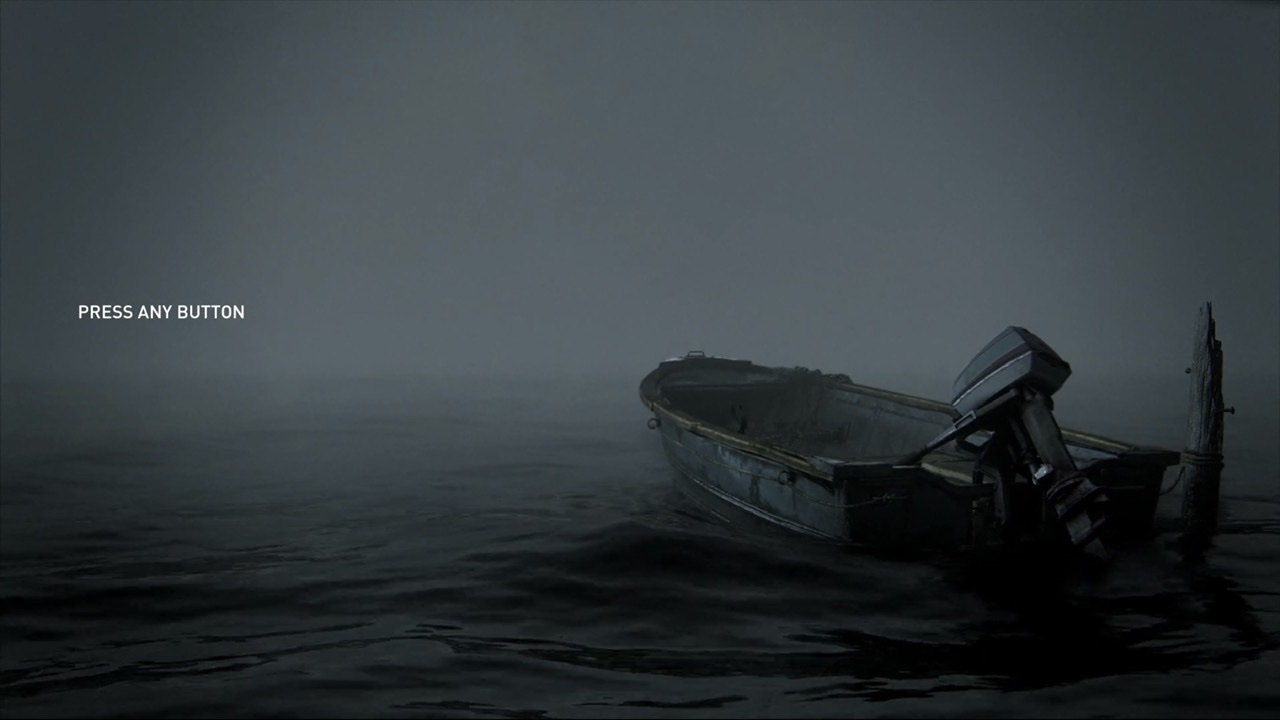 this really primed your brain to enter the wasteland
Reactions: Vier and Godzilla Emu

Reactions: sublimit, gradient, Vier and 2 others

this really primed your brain to enter the wasteland
Click to expand...

Fallout games have awesome music. Main theme or even those 1950s oldies they choose are ace.
Reactions: Godzilla Emu and triplestation

I really love the menu of Tokyo Mirage Session #FE 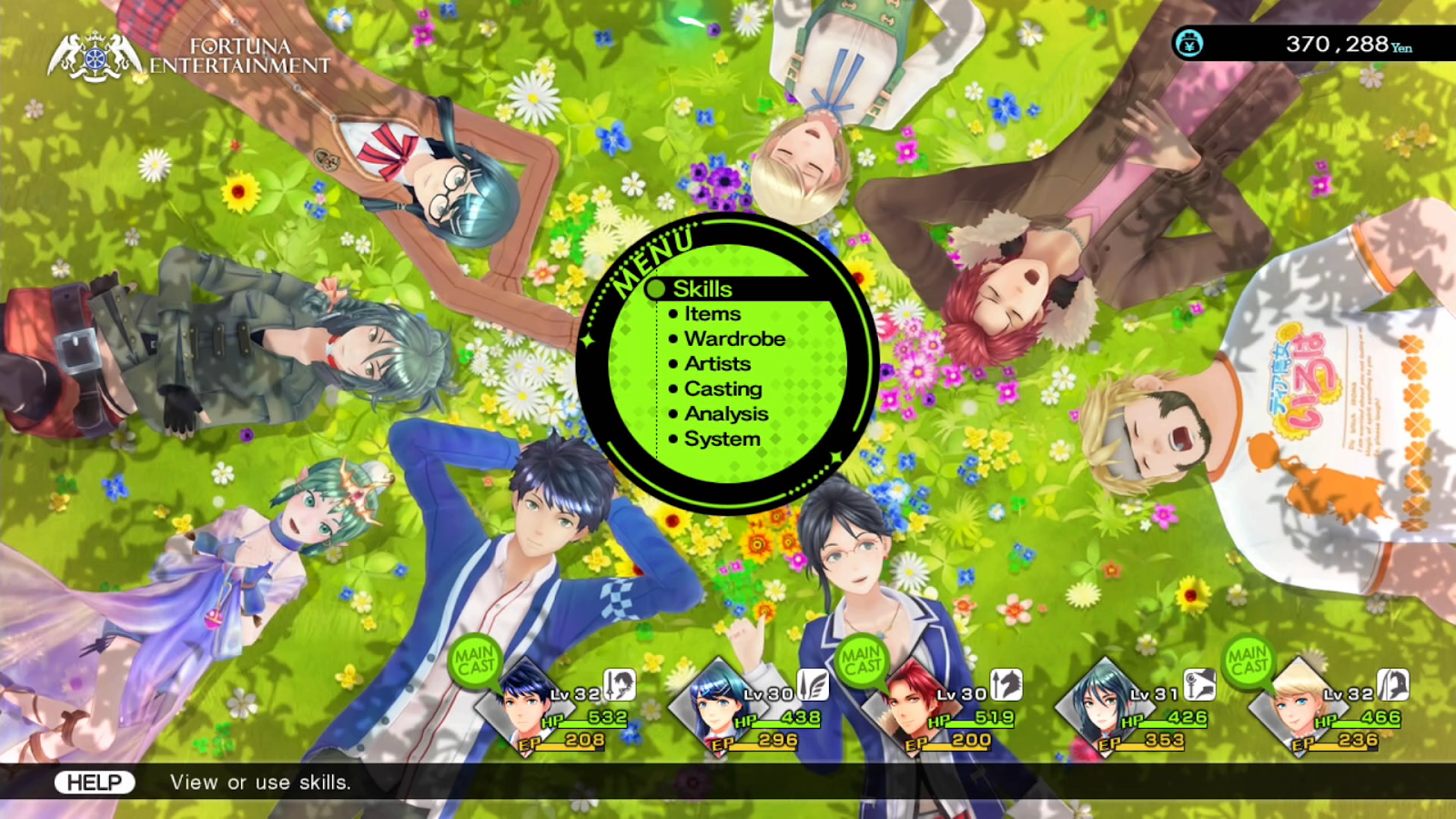 I would just start up Kingdom Hearts 1 sometimes to look at it's title screen and listen to that version of Dearly Beloved(with waves!), and if you let it sit it would play an amazing intro vid with an orchestral version of Hikari/Simple and Clean. It's not complex like the ones that change over time, but there is beauty in It's simplicity, and a ton of nostalgia :

Unreal Tournament 1 just because of the efficient and logical UI. I couldn't care less about the visual aspect of main menus.

Skies of Arcadia
Pretty simple and some may say boring, but it has good contrast to the opening demo, which is more cheery and adventure like Dragon Quest, then it goes to this symphonic one like FF.


Persona 5.
I like Persona 5 title menu much better than Persona 5 Royal TBH. Much more dynamic and conveys the theme of subway/mementos - than just Shibuya etc.

Generally Persona 5's menu/UX design oozes with such style - my favorite being Iwai & Takemi's animated themes in the background. Pretty cool stuff. Often times, the UX seem overly flashy - but it's actually laid out pretty straightforward and not visually distracting in most cases. Some of the added functions in P5R though, felt like it was more of an add-on to the existing design, and I remember some feeling a bit out of place. (Trait location, could have been more centralized along with the abilities/stats - but I guess they really didn't have much room left for those)
Last edited: Apr 5, 2021
Reactions: A.Romero, GymWolf, dcmk7 and 3 others

Rean no Kiseki said:
I don't remember that one, do you have a video/gif of it? All i remember is a static screen with the logo and that killer OST.
Click to expand...

If you search for a video on YouTube called "Final Fantasy XIll gameplay (tutorial, menu, setting) PS3 HD" you'll see it. Like lightning slightly turning her head. It was just this nice little touch.

If you can't find it, they were the exact opposite of the overwrought, self-indulgent and pretentious menus from Gran Turismo 5.

First Mafia. Nothing comes close to me.

One of the few things that were worse in Definitive Editon remake was the menu
Last edited: Apr 8, 2021
Reactions: Videospel

I wish the developers of Enclave had spent less time on over-complicating the menu graphics and more on making a better game. At least it does have an awesome menu.

As soon as the main menu & that music hit, I was already totally blown away.
Reactions: A.Romero and Dr. Suchong
You must log in or register to reply here.

Aug 6, 2021 started Finsksvenskan
Aug 7, 2021
WitchHunter
2
What is your favorite game that you've ever played?