I'm just hoping for something that clicks with me. I've kind of enjoyed their prior launches but not too many games stick out as super memorable for me. I would like something with more depth and staying power waiting out those early months until the big stuff hits. I'd really enjoy a sequel to A Crack In Time, maybe a Souls-type game ala Demon's Souls or fleshed out Bloodborne, and a solid Jrpg. Another Horizon title surely wouldn't go amiss. Still there day 1 though.
Reactions: mekes

Somewhat realistically? And outside of Godfall, which has already been announced?

Most will probably be PS5 "enhanced" versions of first-party games already out for PS4, so The Last of Us Part II, Ghost of Tsushima, and Dreams; probably God of War and Spider-Man, as well. Worst case, they may not even be retail releases, either. The enhancements may just be updates or PSN downloads. Doubt it though, as it might count against the launch lineup and make it look thinner.

Actual new games may be Gran Turismo 7 (or perhaps just Sport: Complete Edition, with all free update content on-disc), and perhaps Killzone to be the obligatory first-party next-gen-only launch game made to show what the console can do, like Shadow Fall was. A game from Japan Studio may be likely, as they've been silent since 2018; it's probably a game by Cerny. And maybe Housemarque's battle royale, Stormdivers, which was announced in 2018 and supposed to be out in 2019, but they seem to have pushed it back. Hopefully to change direction away from a BR game.

Outside of that, I don't see anything else coming on day one. Stuff like Ratchet and Clank and what Bluepoint's doing may come within launch window, but not the first day, in my opinion.
Last edited: Jan 13, 2020

New COD and Vikings Assistant Creed a sure bet..I'll cop those day one.
G

sonomamashine said:
Does it run 4k 60fps ?
Also would we get a blue master chief edition ?
Would it be ray traced at 4k ?
I know im asking alot.
Click to expand...
I can't confirm framerate but 4k may or may not be on the table. However, my sources told me you will see more than 4000 pixels on the screen at all times.

You will actually get a blue masterchief edition, except it won't be blue it'll be green and might be named something else.

I can confirm that there is a possibility of ray tracing potentially being in the game or not, no word on resolution.

I hope I was helpful .
Reactions: ShadowWolf712

Some small budget indie style games will surely be PS5 only.

Maybe Godfall too. Not sure if that game was promoted as early PS5 or TBD.

The big PS5 games will be remasters/upgrades..... Ghosts, LoU2.
D

Give me Resistance 4.
F

I think Sony will give Polyphony Digital and Naughty Dog more time to craft stellar games. Sony won't want to blow their whole 1st party load on PS5 launch.
Saving heavy hitting studios like ND, Polyphony and Santa Monica studios for year 2 or 3 of PS5's life cycle to go head to head with big studios from MS will do them the world of good.


Be still my beating heart. Be still...

I seriously hope that SOCOM (if it is indeed being remade for PS5) is treated as a 3rd person Call of Duty Modern Warfare but retaining its tactical gameplay elements.
Click to expand...
Sounds very plausible in my opinion. Leveled expectations.
Last edited: Jan 13, 2020

My map of Tassie

I'm on board for ray traced Gran Turismo

Gran Turismo 7 for sure, since the series usually has a game with a new Sony system launch, and it has been years since we got a proper Gran Turismo game. It's time to show off the power of the PS5 with ray tracing.
Last edited: Jan 13, 2020
D

Investor9872 said:
Gran Turismo 7 for sure, since the series usually has a game with a new Sony system launch, and it has been years since we got a proper Gran Turismo game. It's time to show off the power of the PS5 with ray tracing.
Click to expand...
Pretty sure this is false. Don’t remember ps3 and ps4 having Gran Turismo for launch. You giving polyphony too much credit. They spit out a game like every 7 years, its baffling how they are still around.
Reactions: Orgullo_De_Escanor and Investor9872

Danjin44 said:
If history repeat itself we usually get very shallow games that more about showing off new graphics rather than proper game.
Click to expand...
Usually, but damn if I didn't have a great time with inFamous: Second Son (of course, that was "launch window" instead of launch day, but still).

Zannegan said:
Usually, but damn if I didn't have a great time with inFamous: Second Son (of course, that was "launch window" instead of launch day, but still).
Click to expand...
That game was fun but in my opinion it was severely lacking compare to first two games especially when it comes to enemy diversity. Also Delsin had more powers but none of it felt fully developed, this becomes more obvious when play the stand alone DLC First Light and see Fetch’s Neon power is better than all Delsin’s power put together because it was fully developed. Actually in DLC in challenge stages you unlock Delsin and compare to Fetch he controls like a tank.
Reactions: Zannegan

I want to say Horizon Zero Dawn 2 but it seems to be far from finished. I think we may get GT7 with a lot of content taken from GTS, proper rain/weather effects and new singleplayer bits added to please the fans. Games like SOCOM and Demons Souls Remake are likely, but personally I'm not interested in them.
G

Unless Sony commits a PS3 or MS Xbox One style act of self harm there is absolutely no reason to front load with exclusives because they will sell every unit that is manufactured for at least a year, my guess for launch day would be only two or three along the lines of,

And I can see Gran Turismo 7 if not on launch day itself either coming a few weeks after in early December(assuming typical early November launch) or in early spring 21 March/April time, and around the same time in spring I could possibly see any new SOCOM game launching.

Are people serieus with the GT predictions? We just had one (talking in GT time here) and it's only 10 months or something untill release.

I think GG has been working on a multiplayer game in the Fortnite or PUBG mould, but 5× more technically impressive. This could be a launch title.

I think Sony identified an online mp focused franchise as a hole in their line-up of IPs and I'm 90% sure this will be rectified early on in PS5's life-cycle.
Last edited: Jan 13, 2020

The cleverness of skipping an E3 means that whatever you had planned for PS4 can very easily transition to the 5 as an exclusive for launch.

But as of right now I have no solid guesses, but am willing to be surprised even if launch titles traditionally don't go on to be memorable or significant experiences.

I would love HZD2 but that's just not going to happen.

Trust me, I'm an insider.
Click to expand...
Seems as legit as most of the other "insiders" these days.
M

I mean no one knows and everyone is bsing...[/spoiler]

Coulomb_Barrier said:
I wouldnt class these as exclusives.
Click to expand...
The Last of US 2 is!

Coulomb_Barrier said:
I wouldnt class these as exclusives.
Click to expand...
I was just bullshitting around.

Investor9872 said:
The Last of US 2 is!
Click to expand...
Actually no, because there is the PS4 version. But if they call it The Last of us II superduper enhanced raytracing 12 teraflop deluxe edition, it would be exclusive.
Last edited: Jan 13, 2020
Reactions: VFXVeteran

I predict they'll include at least one sequel to a franchise from the pack of PS3 IPs, something like Warhawk or Resistance or Motorstorm. If you played PS3 era as a teenager you are now in your mid/late 20s, the prime market for purchasing electronics on Day One.
Reactions: Perrott and Yakuzakazuya

DunDunDunpachi said:
I predict they'll include at least one sequel to a franchise from the pack of PS3 IPs, something like Warhawk or Resistance or Motorstorm. If you played PS3 era as a teenager you are now in your mid/late 20s, the prime market for purchasing electronics on Day One.
Click to expand...
Makes sense, Killzone then! I miss the franchise.

My expectations are very low. It would be a miracle if there will be even 1 game that interests me.

Kupfer said:
Makes sense, Killzone then! I miss the franchise.
Click to expand...
They launched PS4 with KZ Shadow Fall, so my hunch is they'll give another franchise a turn with PS5. It could be Killzone, though, I forgot about that one.

Racing and shooting seem like a safe bet for a Sony console launch.
Reactions: Solid_Snake_

Horizon 2 I think is going to be their big game. Its been long enough.

Pretty much the same games as for PS3 and PS4. Going to blow everyone's minds !
And a bunch of ports throughout the year.
Last edited: Jan 13, 2020

I just hope those launch games are fun, but I expect AA exclusives coming for launch.
T

psygn0sis said:
Ratchet & Clank, Demon's Souls Remake, Godfall, TLOU2 Multiplayer, Ape Escape
Click to expand...
This would be amazing. I so want another ratchet and Clank. Honestly, I'm surprised we didn't get another this generation given the success of the remake.

I'm almost certain Gran Turismo 7 will be a launch title.
Development time between GT5 Prologue and GT5 was 3 years. By the end of the year GT Sport will be 3 years old...

Anything other than Killzone and Kinect.
Bloodborne 2 would be awesome.

T8SC said:
TLOU2
Click to expand...
will come to PS4 first. For development Base PS4 was the target platform. Its not going to be a ps5 launch exclusive. 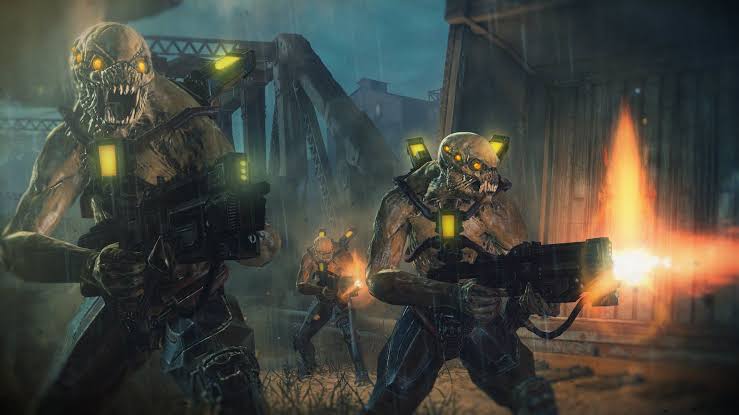