Your top 10 TURN BASED games

For those of you who love turn based games, what do you consider to be the cream of the crop of the ones you have had the pleasure of playing?


Over the past few years I've been buying Turn based games that look interesting to me (usually when on sale) with intentions of playing them some day... when I eventually have enough free time. Below are the ones in backlog that could perhaps make my top 10 depending on how much I enjoy them.


Yeah... I have more money than free time.
Reactions: EDMIX, kanjobazooie, Pejo and 5 others

I haven’t played that many so Civ and XCom for me. Sorry.
Reactions: Labadal, anab0lic36 and keraj37

First two fallouts combat was turn based and was perfect.
So for me it is:
1. Fallout 2
2. Fallout
3. Civ 1

Maybe later I will add more to fill the seven lasting places.
Reactions: German Hops, Hellmaker, intbal and 2 others

Probably many more that I don't remember, but don't want to put a lot of JRPGs there cause that would fill the entire list.

anab0lic36 out of those in your backlog you should really try the SMT games, kinda like a mix of Pokemon and Final Fantasy, but with more darker and adult themes, and a combat system that's engaging as all fuck. Battle Brothers is really cool too, kinda like Mount & Blade but turn based and on a smaller scale, but full of cool shit and fantasy stuff.
Reactions: Raphael, Labadal, Danjin44 and 1 other person

Darkest Dungeon is pretty good, but relies heavily on random elements. That can be seen both a positive and negative.

Jagged Alliance 2 was quite nice back in the day.

Persona 4 Golden had some nice elements.

Octopath Traveler was pretty good, but lacked complexity in the end.
Reactions: Investor9872, Lysandros, Aldynes and 3 others

Goat for me
Reactions: Investor9872, SirDaracon, Lysandros and 3 others
S

I will post my favorite turn-based combat systems, because not all of these would be on my general top 10 turn-based list.

anab0lic36 said:
Yeah... I have more money than free time.
Click to expand...

A blessing and a curse... I feel you.

I'm a FF Tactics guy -- A1 for me. The combination of the addicting combat, job system, overall art style, and the narrative story means nothing else comes close to it. This all combines to make it one of the most replayable games I've ever owned, even across decades. It really has aged remarkably well.

That said, I could stand to branch out and play some of these other highly-ranked games in this thread... again, if I had the time.
Last edited: Oct 18, 2021
Reactions: anab0lic36 and Labadal

I haven't played many, but here are my favorites (no order):

I don't think Xenoblade's combat system can be considered as turn based.
Reactions: Labadal

I've fallen off this genre a bit but it's still one of my favorites.
Reactions: Raphael, El Sueño, Labadal and 1 other person

In no particular order...

... and probably a few others ...
Reactions: keraj37, Bonfires Down, intbal and 2 others

Edit: Furious with myself for not recalling one of my absolute favorites, The Temple of Elemental Evil, but no clue where I'd put it. Probably #7 and bump Combat Mission II down.
Last edited: Oct 18, 2021
Reactions: SlimeGooGoo, keraj37 and Labadal

Project Triangle Strategy is worth checking out if the demo is still up in the eshop.
Reactions: Shifty1897, German Hops and Labadal

Nitty_Grimes said:
I haven’t played that many so Civ and XCom for me. Sorry.
Click to expand...

John Bilbo said:
Project Triangle Strategy is worth checking out if the demo is still up in the eshop.
Click to expand...

I’m sold on the game because of that demo.
Last edited: Oct 18, 2021
Reactions: John Bilbo and Labadal
E

TintoConCasera said:
SMT games, kinda like a mix of Pokemon and Final Fantasy, but with more darker and adult themes, and a combat system that's engaging as all fuck.
Click to expand...

Press turn in SMT is my favourite combat system in any JRPG, they are addicting as fuck and they are super fast, even compare to some action RPGs
Reactions: TintoConCasera

All these games should be dirt cheap on Steam or GOG deals. Like $5 or less.

- Heroes of M&M series (#3 Complete Edition is the best)
- Warlords series (I played #1 to death, but it's an archaic 1990 game. #3 is best I'd say, but still really sprite based archaic)
- Wizardry #6 and #7 were solid. I couldnt finish 6 as I got stuck, finished 7
- Puzzle Quest 1. Simple game. PQ2 had better production values but they DRAGGED it out like a borefest with super long battles. Stick to #1
- Isle of Skye. The PC version is a lazy mobile port so there's lots of nit picky issues, but the core game is still sound (but there's occasional scoring bugs)
- Stockpile. A cheesy lighthearted stock market game. More luck than anything, but there's some basic risk/reward decisions to make
- Talisman Origins. This is the offline version you play against the CPU in mini quests (not the main online MP game). Gets repetitive as hell, but I got my fill. I think it $8. Got through maybe 2/3 of it and gave up on this heavily skewed fire or dragon map against the player

I see this game dirt cheap every couple months. Might get it one day.
Last edited: Oct 18, 2021
Reactions: ymoc 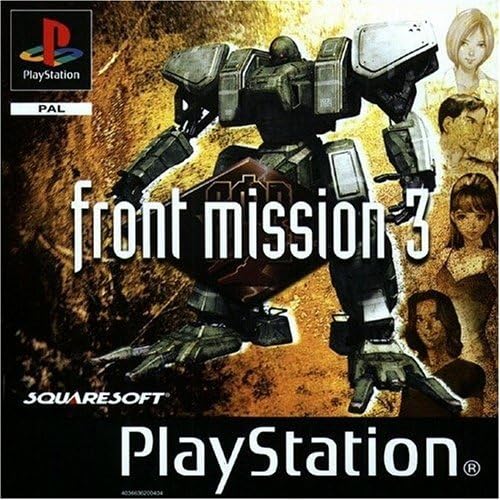 Danjin44 said:
I’m sold on the game because of that demo.
Click to expand...

Me too.
Reactions: Danjin44

I usually don’t play turn based games, but I’ve been addicted to Slay the Spire recently. Holy hell is it good! Might help that I’m an avid Dominion player, but I’ve got some friends hooked aswell and they don’t normally play turn based stuff either. So maybe it’s a good gateway, cause I sure as hell am looking for more.
Reactions: anab0lic36, Hnjohngalt and Markio128

In no specific order:

Slay the spire is tremendous. The only recent disappointment for me was Civ 5 - I found it far too complicated for its own good. It just didn’t have the same addictive quality as previous games.

Afraid I can't contribute to the thread other than I had great first impressions with Front Mission 3 and Jeanne D'arc back in the days. But I'm grateful for all the suggestions. Maybe I'll find something here!

This is hard for me to say which game is the best but I will just do a top 10 list of my favorite tactics/strategy rpgs.

1. Makai Kingdom - this isn't even the best game or even one that I can recommend to most people but I absolutely love this game
2. XCOM 2 - This is self explanatory for a bunch of reasons.... well if you know the genre that is.
3. Front Mission 1 - Played this many many moons ago and it blew me away. Played 3 and 4 as well. Which I really enjoyed.
4. Disgaea - I have played all except the latest one. The original is my favorite but I would probably rate it in order of best to worst of 1, 5, 4, 2 , 3
5. Advance Wars - Was and still is fantastic.
6. Into the Breach - Easily in the top of its class and criminally underrated.
7. Divinity Original Sin 2 - Grand game that is an exemplary example of what western rpgs can really be.
8. Final Fantasy Tactics - Always had a hard time picking this up but it is undeniable the influence and the quality that this title has.
9. Gears Tactics - The only downfall was the lack of variety in mission really. maybe the game was too short. It was so satisfying in every way.
10. Wasteland 3 - Did not expect this game to be so fun and addicting. It felt like there was the perfect amount of content for the experience.


Honorary Titles: Ring of Red, Banner Saga, Stella Deus, Shadowrun, and Mutant Year Zero
Oh and don't hate me but I never played a tactics ogre game or fire emblem. I know I know, shame on me.
Thanks for reading my long post whomever you are.
Reactions: Hnjohngalt

Danjin44 said:
I don't think Xenoblade's combat system can be considered as turn based.
Click to expand...

Yeah, you're right. Now that I look back at my list, even KOTOR is quasi-turn-based.

Danjin44 said:
Press turn in SMT is my favourite combat system in any JRPG, they are addicting as fuck and they are super fast, even compare to some action RPGs
Click to expand...

Yeah me too, it's the main reason I got into the series and even JRPGs in general. As naive as I was I thought all turn-based JRPGs just were "use your most powerfull magic until boss dies" and SMT games prove me wrong.
Reactions: Danjin44
D

I'm slightly dyslexic so.....here they are

Reactions: Jaybe, SenjutsuSage, EDMIX and 5 others

Top 10 Games with Turn Based gameplay system OR top 10 turn based combat system?

If its the top 10 turn based combat/gameplay system then;

From what i played those are the ones that i would call top turn based combat system, pretty much all the others range from bad to decent.
Reactions: SleepySlippy

intbal said:
1. Pool of Radiance
2. Curse of the Azure Bonds
Click to expand...

just a reminder The Darkest dungeon 2 early access comes out next Tuesday.
Reactions: Bonfires Down 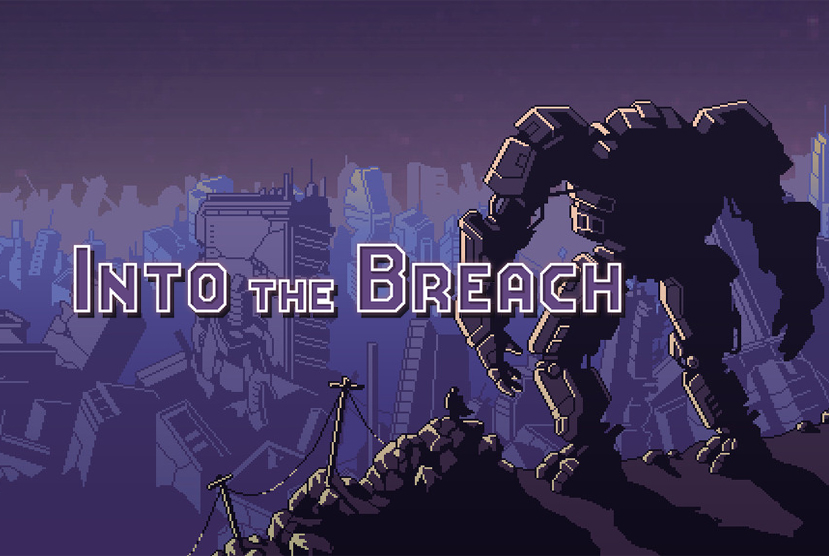 I would add Brigandine on switch and ps4 xbox
And Disgaea 1 and or 5. Also love Dominions 5 on steam. So many great games and no time..

anab0lic36
I really enjoyed Into the Breach as well, but it didn't quite reach FTL level imo. Would love to see a sequel at some point, but will definitely be interested in whatever subset games makes next.

I'm optimistic for that marvel game from the XCOM devs.
You must log in or register to reply here.