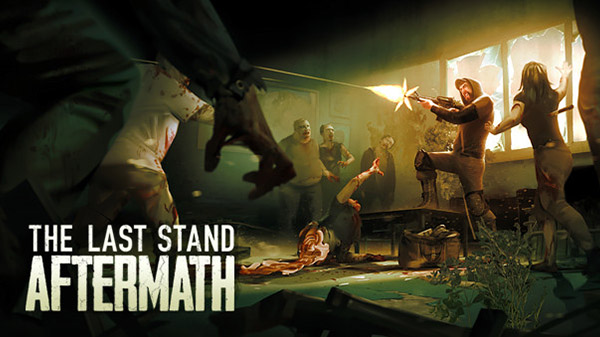 Here is an overview of the game, via Armor Games Studios:

The Last Stand: Aftermath is a brand-new title from the developer of the wildly popular The Last Stand series of web video games, set during a cataclysmic zombie apocalypse.
In The Last Stand: Aftermath, players take control of one of a number of survivors, locked down following a deadly catastrophe. However, each survivor has been infected and must leave their compound to make the most of their final days. They must gather supplies for those who they will be leaving behind and hunt for the truth behind the zombie virus before they ultimately succumb to the infection.
With the fall of each survivor, players will take control of another, who will benefit from the progress made by their predecessors. The Last Stand: Aftermath looks to pose the question: how much can you give before you are gone forever?
Click to expand...

“Our team is super excited to finally bring The Last Stand: Aftermath to long-time fans of the series (and hopefully some new ones) later this year,” said Con Artist Games director Chris Condon in a press release. “We’re also thrilled to have the game coming to consoles, something we’ve been dreaming of since we started making games.”
In related news, The Last Stand Legacy Collection, a remastered bundle of the first three games in the series featuring artificial intelligence-upscaled graphics, is available now for PC via Steam.
E

hmm interesting. Is this more like an arcadey roguelite State of Decay 2 vibe I'm getting? Seems similar where you pick a survivor with stats/traits and scavenge for materials and things that are then used by other survivors once you get perma death'd
Reactions: IbizaPocholo
You must log in or register to reply here.