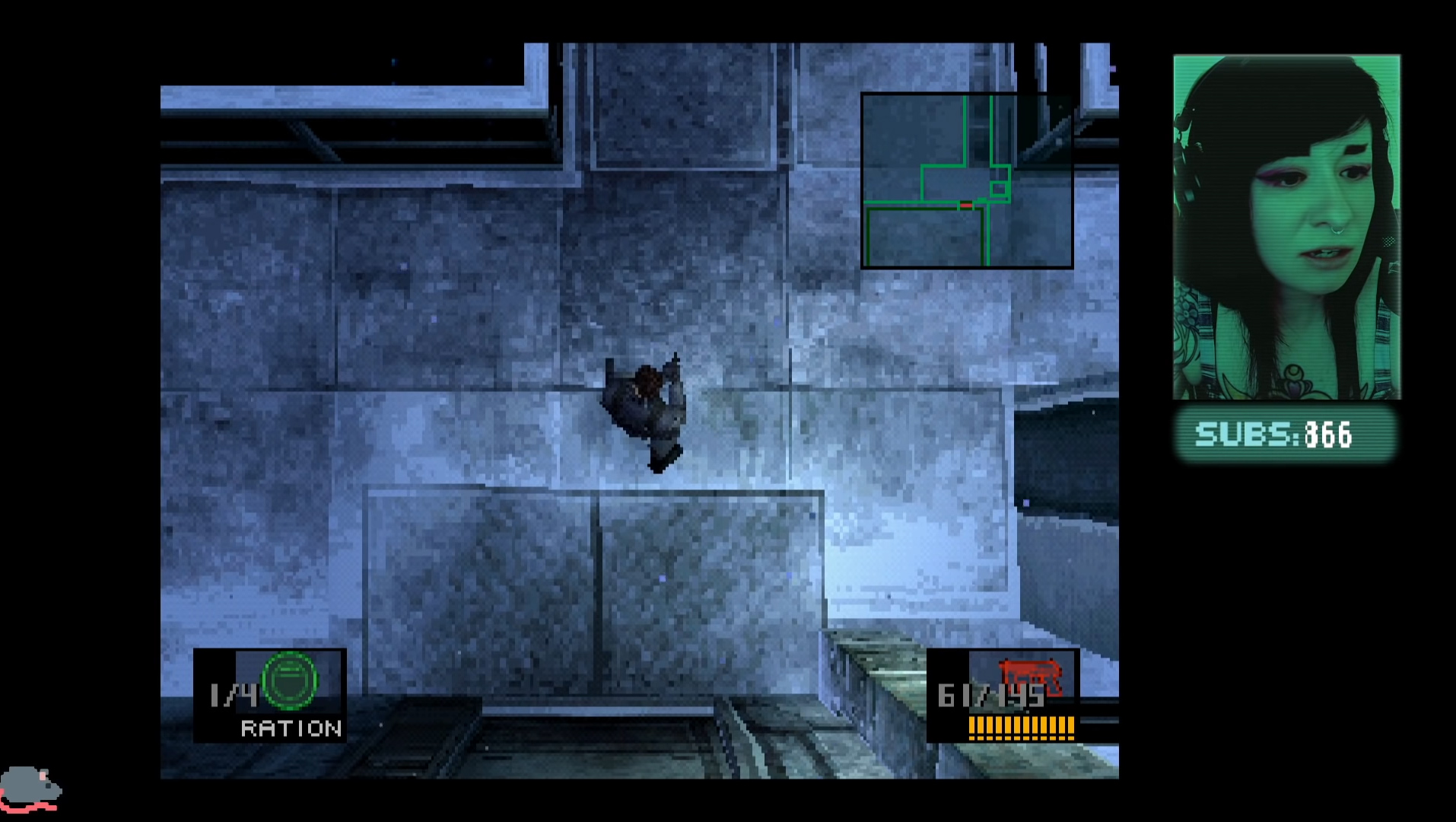 Twitch streamer and Yogscast member Boba was playing through the original PlayStation Metal Gear Solid for the first time when she was shot by a guard and somehow ended up passing through a door that’s normally locked.

Unsure of what had happened, Boba was informed by her viewers that she had just skipped a chunk of the game.

News of Boba’s discovery quickly spread throughout the game’s speedrunning community, who confirmed that it was a new glitch that had never been discovered.

According to the game’s speedrunners, this new glitch can cut speedrun times by around two and a half minutes, because it cuts out a sizeable portion of gameplay that’s needed to make Snake reach the next section.

While Boba wasn’t sure how the glitch triggered, speedrunners took to Discord and Reddit to try to figure it out and eventually realised that it’s performed by making Snake stand against the door at a certain angle and aim his gun at a guard.

When Snake is shot by the guard he moves back a little, and by standing in this position Snake’s hitbox can reach the trigger on the other side of the door that loads the next area.

Speaking to fellow Yogscast member Pedguin after the incident, Boba explained that speedrunners have now figured out how to replicate the glitch consistently, making it a reliable way to drastically improve previous speedrun times and making it inevitable that the existing MGS speedrun leaderboard times will be demolished soon.

“There’s a Discord that I got invited to by this person on Twitter and there’s currently 20 people invoice chat right now, and all of them are trying it,” she said.

“And someone has been able to replicate it without fail now every time, including on Extreme [difficulty], which is ridiculous. They’re all losing their minds, they’re so excited about this.

“I bet it’s going to be usable in another situation, they’re going to try it in a few different places.”

Boba was asked to name the glitch and decided to name it Kevin. “I named it Kevin, because I didn’t want to name it after myself, because I thought that was too egotistical,” she said.

Deciding she should indeed be honoured for her discovery, the speedrun community quickly decided to name it the Boba Skip instead.
Click to expand...

Cool, but will probably get patched in the remake;-)
You must log in or register to reply here.

The long ladder in Metal Gear Solid 3: Snake Eater is great and all, but here’s how to skip it
Retro Trailer

donfonzie replied
Apr 18, 2022
Zelda 64 has been fully decompiled, potentially opening the door for mods and ports
2

Krappadizzle replied
Apr 1, 2022
15 Best Video Game NPCs Ever (What are yours?)
Opinion

MonkeyClaw36 replied
May 12, 2022
Hideo Kojima or a cult game designer and his story
Game Dev