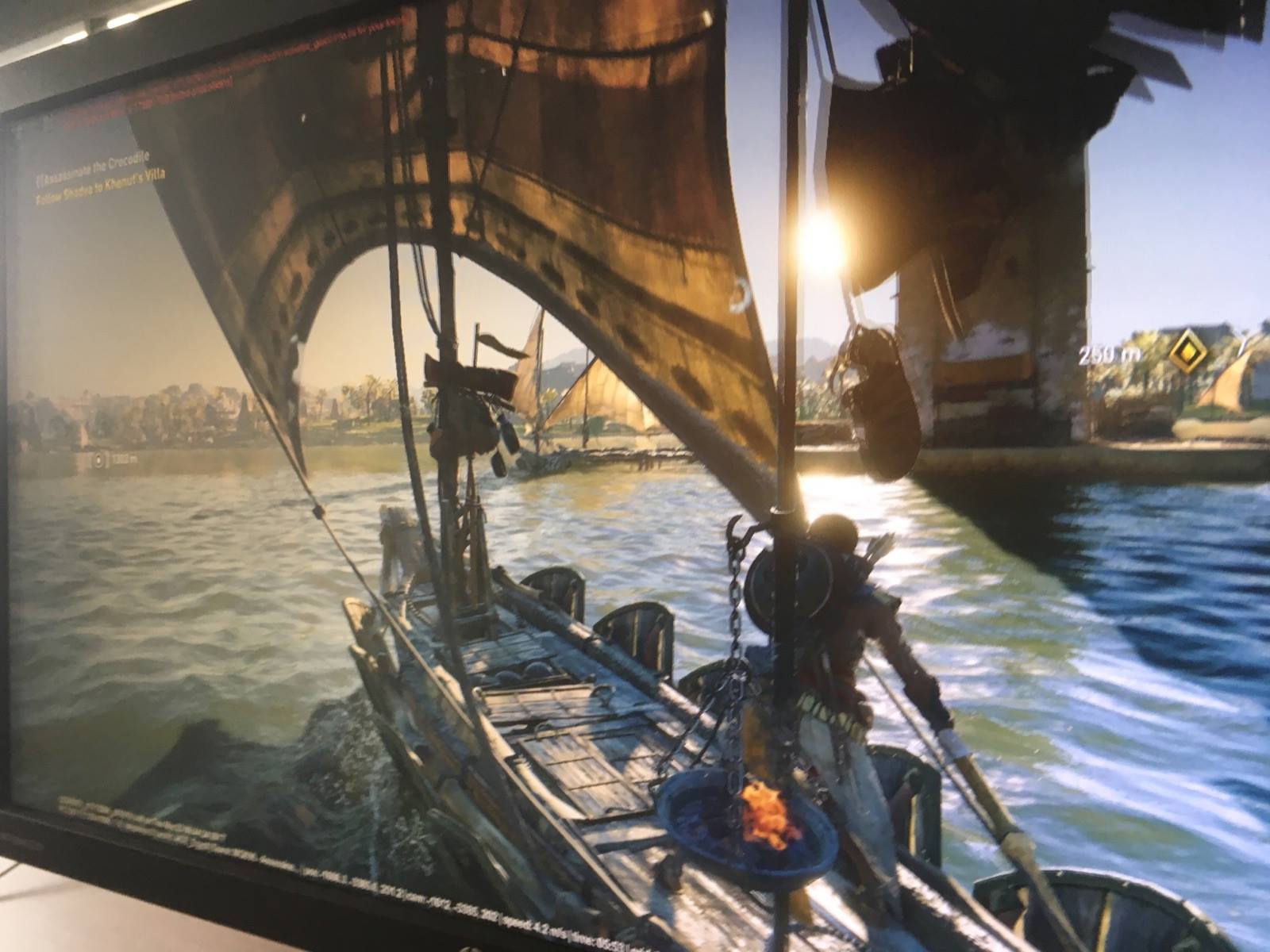 
Get_craycray said:
There are some details too in the comments:

- from most of the AC4 team
- will have modern day
- no Desmond Miles
- revamped version of Anvil engine
- Ubi will start talking about it before the end of the month, full reveal at E3
Click to expand...


Our sources suggest that Origins is a vast open world experience taking place in ancient Egypt. The story is rumoured to revolve around the original assassin's guild and will feature two main characters - a man and a woman.

Its structure is said to be less linear, featuring a character progression system less tied to the story. A development source we spoke to compared it numerous times to Bethesda's Skyrim. They say that impressions of the project internally are so far positive.

The game will apparently grant the player considerably more freedom, featuring a greater emphasis on exploration over previous entries in the series. One source tells us that this is the biggest Assassin's Creed the company has ever created and is ”huge" in scope. They say that it has been in development for ”at least" several years now. Hopefully, it will benefit from this extended development cycle.

Not only is Origins rumoured to boast an explorable ancient Egypt, players will also apparently be able to go beyond it - possibly even as far as Greece. We were told that boats will return in the game, allowing the player to sail the Mediterranean. Naval combat, naturally, is also said to be included.
Click to expand...

Origins has to be right up there on the list of "most used game subtitles".
K

Any notable naval battles in that time period we know of? I do know there were plenty of cool ship types.
N

iMax said:
Origins has to be right up there on the list of "most used game subtitles".
Click to expand...

Only next to Chronicles and Revelations, oh wait...
T

I've never heard of this site before, any reason to believe what they're saying?
S

iMax said:
Origins has to be right up there on the list of "most used game subtitles".
Click to expand...

This. The info sounds good, but it really is one of the laziest subtitles you can think of, not just in gaming.
L

I like the focus on exploration and two playable characters. Evie was awesome.
N

This does sound like it fits with the structure Ubisoft was implying when talking about their future open world games, but I have no idea who WWG is, especially in terms of their rumor record.
J

KeyBladerXIII said:
Any notable naval battles in that time period we know of? I do know there were plenty of cool ship types.
Click to expand...

No idea how they'd play out in this game, just circle round having your men shoot arrows?
K

Empire was a better name.

Origins is so corporate at this point.

Not buying it. It's talking about Greece, yet a previous leaker (one that was confirmed by Kotaku (?) ) said that Greece was cut long ago..

This sounds way too vague, too.. like really - a man and a woman? lol ok
G

Nirolak said:
This does sound like it fits with the structure Ubisoft was implying when talking about their future open world games, but I have no idea who WWG is, especially in terms of their rumor record.
Click to expand...

Because when I think of an ancient order of stealthy assassins, I think naval combat.

Will it have more trailing missions tho
S

Origins is a bad name.

Egypt and boats are cool though.
R

Ugh please don't be true, hated that shit in 4.
S

I'm the only sonavabitch that hates the naval combat ugh. I went from excited to meh real quick.

Origins is indeed a bleh name but I guess it sells.

I did like the two character system from Syndicate so I'm glad thats back. Kind of got my fill of the naval stuff in AC4 so I hope its more of a side thing like 3. That is, if this info is even true of course.
J

Remember when the series was meant to be about assassinating people?
T

As long as its not online only and has no micro transactions Im in...Hopefully the story will be good
S

Thank god its not based on a western setting.
V

Guess they're going with the popular "Origin" story trend, here for the Brotherhood.
G

Isn't it the same rumour as that one from Reddit?

Edit: not quite the same actually.
R

It will be interesting to see how boats will work on the new engine as naval gameplay has been restricted to the last gen games so far.
P

what an original and eye catching title

and I don't care how big, detailed the game is

if the combat is not vastly improved
V

Ubisoft please. Just make a Assassins Creed game set in Persia. The Templers are after the Sands of Time. And you play the Prince who was removed from power once Templers took over. Call it Assassins Creed: The Prince of Persia.
M

This could be quite a looker on say Scorpio at Microsoft's e3 show....
D

An even bigger world and naval combat? No thanks.

Bummer too, because I really enjoyed Syndicate.
A

Im one of the few that seemed to hate black flag and prefered the others even more syndicate. Guess im out if this rumor is true
1

Only thing I know about ancient navy is from Civ games; ships tend to sink when they sail to open waters.
J

To be honest, I'm not overly fussed about what the game has to offer vis-a-vis moment-to-moment gameplay. The draw of the series for me has always been the combination of historical tourism and a great many collectables, so I'll be just be happy with the series not skipping another year.

I really hope they make the modern day story relevant again. Games seem pretty empty when they have the most slim thread tying it all together these days.
W

I wonder if this will take place in the Ptolemaic period of Egypt's golden age, when Greeks mingled with Egyptians to make the Hellenistic period.

That's the only real way I could see naval combat working. Not sure how far back Egypt's ship presence goes--as in warships and the like, not travel/light cargo etc.
D

I don't know why they didn't fork the boat stuff off into its own separate series. That way I could ignore it.
F

Looks like AC is already off to a horrible start, eh?
J

dead souls said:
I don't know why they didn't fork the boat stuff off into its own separate series. That way I could ignore it.
Click to expand...

That's probably happening as Ubi sought feedback on that very idea with the player survey it sent out following the release of Black Flag and even at the time, "I wish this were a new IP and not laced with Assassin's Creed" was far from a controversial sentiment.
You must log in or register to reply here.