CD PROJEKT RED, the developer behind the critically acclaimed Witcher series of games, is excited to unveil a new image of both the studio and its leading title&#8212;The Witcher 3: Wild Hunt, and provides new details about the titular Wild Hunt.

Established in 2002, located in Warsaw (HQ) and Kraków, Poland, CD PROJEKT RED was born out of raw passion to video games. The studio&#8217;s founders&#8212;Micha&#322; Kici&#324;ski and Marcin Iwi&#324;ski, both pioneers in video game distribution in Poland in the 90s, decided to employ their gaming industry experience in video game development. A lot of time has passed since 2002, and the studio&#8217;s logo remained mostly untouched. Until today.

The new REDbird logo is a combination of energy and passion for game-making the studio is known for. This is how Adam Badowski, CD PROJEKT RED&#8217;s Head of Studio, sees the change:

We are rebels and rebels are free. Just like birds. The Northern Cardinal, or REDbird, is what we see ourselves in the industry: intrepid, bold and confident; flying high and aiming even higher. The color, cardinal RED, is something that connects it with another bird, a mythological creature close to our cultural roots and heritage&#8212;the Rarog, a small firebird believed to bring luck to people. RED stands for energy, the inner fire that drives us; it represents something very close to everyone here in the studio&#8212;the creativity and passion we harness from within ourselves to make the best RPGs in the world.

Starting May 14th, the REDbird logo will become the new, official logo of CD PROJEKT RED&#8212;it will accompany all official assets and will form the core of the studio&#8217;s visual identification.

Along with the new studio logo, CD PROJEKT RED is thrilled to unveil the new logo of it&#8217;s most ambitious game&#8212;The Witcher 3: Wild Hunt. Putting the titular Wild Hunt in its center, the new logo casts the spotlight on the mask of one of its ominous leaders&#8212;general Eredin.

The Wild Hunt has always been thought to presage war, great plagues and death. Their origin unknown, these ghastly riders instilled fear in the hearts of men and are believed to be able to steal people&#8217;s spirits that would later join the cavalcade. They come at night, in the winter and their appearance is always preceded by the aurora borealis.

In The Witcher 3, the Wild Hunt are not mere bosses at the end of a corridor. They&#8217;re part of the lore, part of the system of folk beliefs, they&#8217;re both something that children say stories about to scare each other and an entity that can wipe out entire villages in one night. The Wild Hunt is essential to the whole Witcher universe and in The Witcher 3 it will finally take center stage.

The ones who command the Hunt remain a mystery even bigger than the Hunt itself. Their number and purpose are shrouded with mystery, their cold steel however is not&#8212;many have witnessed the Hunt&#8217;s atrocities, almost none survived to tell the tale.

The Witcher 3: Wild Hunt is a story-driven, next-generation open world role-playing game, set in a graphically stunning fantasy universe, full of meaningful choices and impactful consequences. In The Witcher 3, you play as Geralt of Rivia, one of a dying caste of monster hunters, and embark on an epic journey in a war-ravaged world that will inevitably lead you to confront a foe darker than anything humanity has faced so far&#8212;the Wild Hunt.

More information about the game and the Wild Hunt is planned to be released soon. The Witcher 3: Wild Hunt is scheduled for release on Xbox One, PlayStation 4 and PC in February, 2015.
Click to expand...

Not sure about the bird, but the Witcher 3 logo looks great.
Also, anyone interested in history of CDP and their fights with publishers, watch this supremely interesting presentation
https://www.youtube.com/watch?v=kTCSGOWdFms
T

Not really feeling the bird (the design is cool, but the placement is... sloppy), but otherwise both logos look great.
D

Great logo for W3. Didn't care for the previous one.
D

For once, a logo change that isn't an objective downgrade. Personally, I actually like the new logos a lot.

I like the logo for The Witcher, not the other one tho.
K

I liked the old one much better.

Not a fan of the company logo on its own, but it looks good integrated on their website http://en.cdprojektred.com/
H

I much prefer the new Witcher 3 logo.
F

I like cardinals, so I'm fine with the bird logo.

Witcher 3 feels more balanced now, so if that's what they were going for it worked.
D

Using a stylized roman numeral 3 as part of a game logo has a proud history.
D

hardcastlemccormick said:
I much prefer the new Witcher 3 logo.
Click to expand...

both are really cool

"What? Those are awful!"

(I use dark theme)

tringworldso said:
I liked the old one much better.

I like the red splinters inside the text.
S

Sweet. I wonder, what's the prununciation of Projekt? Does that j sound like a latin or an english j?

Not bad. Not sure about the bird, though. Makes them seem like an offshoot of Gamecock.
T

It reminds me of the style they use for those comic cutscene, and I really hate those cutscenes.
S

Their company logo is weird.
E

The III is stylised to look like a mask, yes?
G

Huh, you're right. Didn't even notice that.

CD Projekt is a Pokémon?
T

Am I the only one who thinks CD Projekt RED is, er, a really terrible name?
O

First thing to occur to me was a claw/talons.
I

Puts near every logo update of the past decade to shame

Even the mods don't read the OP

The new company logo at least has something recognizable and a proper icon. The new game logo is pretty good.

Read the OP, they even mention who is the wearer of the helm.

Love it, both of them.

I like them both. Very memorable which the the whole point of a logo.
S

Looks like the crowns of the Wild Hunt.
S 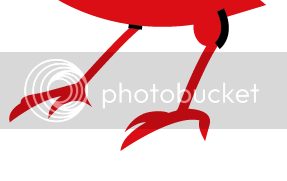 Love the Witcher 3 Logo though.
S

God dammit, for your new company logo you're supposed to go all minimalist, like just having an abbreviation in all lower case Helvetica or something.
V

The tracking on the company logo is grotesque, and I'm on the fence about the font as well. :x

The Witcher logo is pretty cute though.
X

Never played a CD Projekt RED game before but I'm looking to jump in with The Witcher 3 on PS4. Everything these guys do just seems to be good news all around, even their logo's are awesome.

As a big fan of the books, I can't wait to have a proper fight with the Wild Hunt. But not the spectral "version" . Funny thing, Geralt actually fights them in The Witcher, and even at the ending they foresee things for the future..
C

The company logo looks better in white. Saw it in black and was like eww.


The Llama said:
Am I the only one who thinks CD Projekt RED is, er, a really terrible name?
Click to expand...

Nah, it is suspect. I wonder what made them come up with that.
S

I love this.
S

veloxStrix said:
The tracking on the company logo is grotesque, and I'm on the fence about the font as well. :x

The Witcher logo is pretty cute though.
Click to expand...

The font is an edited Futura Futuris Medium by the way.
D

Nice and clean though. Seams the dropshadow corporate logo phase is almost over (still see a fair few day to day though).

Awesome. Way way better.
You must log in or register to reply here.