A thread for posts about recent celebrity deaths.

The big name stars like Stan Lee and ex-presidents get their own death threads but a lot of stars from the past and local celebrities don't get much attention on NeoGAF, so here's a thread for them.

Unfortunately someone has to kick this thread off, and that honour goes to a punk from the 70s.

All life actually ended when Prince died. We are living in hell right now and don’t even know it.
Reactions: DeeDogg_, hariseldon, Kadayi and 2 others

Jroderton said:
What is '16 or 2017 that we had like an endless stream of celeb deaths? It was wild.
Click to expand...
It was 2016. Bowie, Prince & George Michael all in the same year. Plus lots of others.

So, this thread is for Aaron Ramsey's goals, huh?
Reactions: Urprobablyright

so it's not nice

brap said:
You shut your mouth
Click to expand...
Don't worry about Bobby. He has enough sex to keep him 5 years younger.

BANGS said:
Bring back Chris Farley!
Click to expand...
I bought one of these the other day: 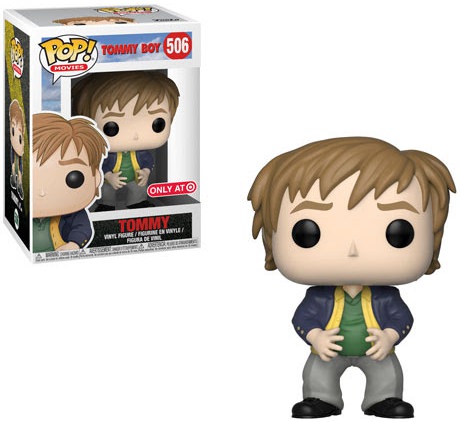 Fat guy in a little coat!

She's been out of the spotlight for awhile but directed 2 of my favorite movies Big and A league of their own.
Reactions: DetectiveBananas

Bullet Club said:
I bought one of these the other day:

Fat guy in a little coat!
Click to expand...
That thing is not nearly fat enough.
Reactions: Rran, HaveButOneLife, Tehvenom and 5 others

Prince and David Bowie was an insane one-two punch. felt like the fucking day E.T. went to his home planet.
Reactions: Kadayi and hariseldon

Bullet Club said:
Click to expand...
This one hurt quite a bit. RIP.

https://www.star2.com/entertainment/2018/12/29/ringo-lam-city-on-fire-director-dead/
Click to expand...
He had a hard life. Making a Jean-Claude Van Damme movie literally drove him crazy.

Musky_Cheese said:
All life actually ended when Prince died. We are living in hell right now and don’t even know it.
Click to expand...
It kills me that a man who fought SO hard for the right to own his own image and his body of work finally achieved it, only to die young and have no one to leave it to. The record companies won in the end.

The first Norm McDonald episode where he just goes off on the show is still the best one.

Goodbye Super Dave... I was not expecting that one. I also had no idea he was 76. I would have guessed closer to 60. May Larry David not mess up your relationships in the afterlife.

And here's another celeb that has passed away at 76.

RIP to these legends

Tons of dead Aussie and Kiwi rock royalty, and each year it gets worse!

Graham Brazier of Hello Sailor.
James Freud of Models.
Ian Morris aka Tex Pistol of Th' Dudes.
Marc Hunter of Dragon.
Doc Neeson of The Angels.
Bon Scott of AC/DC
George Young of The Easybeats and Flash and the Pan.
Charlie Tumahai of Be-Bop Deluxe and Herbs.
Stevie Wright of The Easybeats.
Pauly Fuemana of OMC.
Gerry Humphries of The Loved Ones.
Shirley Strachan of Skyhooks.
Steve Gilpin of Mi-Sex.
Michael Hutchence of INXS.
Ted Mulry of Ted Mulry Gang.
Chrissie Amphlett of Divinyls.
Jim Keays of The Masters Apprentices.
Darryl Cotton of Zoot.
Matt Moffitt of Matt Finish.
George Rrurrambu of the Warumpi Band.
Paul Gray of Wa Wa Nee.
David McComb of The Triffids.
Grant McLennan of The Go-Betweens.

And so much more. Shocking!

Oh, I have left out the late, great Malcolm Young, because he's a guitarist and not a singer. But a lot of band members are gone too.

thesaunderschild said:
How many of these musicians have you heard of?
Click to expand...
I've heard of most of them.

You guys realize that people thst were popular in the 60’s and and 70’s are getting really old now right? Everybody that talks about this stuff seems to forget that.

That generation is where the true celebrity was born...
Reactions: Kadayi and hariseldon
T

Yeah, but it's still sad when they pass away. These guys knew their way around a good tune and writing lyrics for fabulous songs that people fondly enjoy years after they are out. Unlike much of today's plastic, and pretty much ten-a-penny pop music.

Instagram star Boo the Pomeranian has died after losing friend Buddy last year. Picture: FacebookSource:Supplied
“With deepest sadness I wanted to share that Boo passed away in his sleep early this morning and has left us to join his best friend, Buddy,” his owner posted on Facebook.
“Boo showed signs of heart issues. We think his heart literally broke when Buddy left us. He hung on and gave us over a year.

This actually makes me sad.

its always great to make fun of the people who pay tribute to a celebrity they barely know anything about but will make an instagram post about them complete with a pic of their most popular movie or them smiling in the park or something. chances are that celebrity wasnt a great person but hey i liked em in a movie once

Liljagare said:
Instagram star Boo the Pomeranian has died after losing friend Buddy last year. Picture: FacebookSource:Supplied
“With deepest sadness I wanted to share that Boo passed away in his sleep early this morning and has left us to join his best friend, Buddy,” his owner posted on Facebook.
“Boo showed signs of heart issues. We think his heart literally broke when Buddy left us. He hung on and gave us over a year.

This actually makes me sad.

Click to expand...
The exact same thing is happening to my dog. He is 16 years old and his 17 years old companion died last year. Nothing makes him happy anymore and I fear the end is coming soon for him. They lived their whole lives together and when my eldest dog was gone, he literally didn't eat anything for a week.

brap said:
RIP Dick Miller
https://variety.com/2019/film/news/dick-miller-dead-dies-gremlins-terminator-1203124265/
Click to expand...
Yeah, I was sad to hear that, especially considering I saw him in this tweet from the start of this month and while he looked old of course, he still looked pretty energetic.

Bullet Club said:
Click to expand...
That's not confirmed yet though. Is it?

HarryKS said:
That's not confirmed yet though. Is it?
Click to expand...
All the major news sites are reporting on it, so it seems to be true.