Dead franchises almost nobody but you seems to want back

In the world of video games, there's a lot of dead franchises out there that a lot us on NeoGAF want back. You hear plenty of Nintendo fans wanting Metroid back after the Other M and Federation Force fiascoes, plenty of people would like for Rare franchises such as Banjo-Kazooie to return to their former glory (lets hope Yooka-Laylee ends up good!), Mega Man has been in a casket besides a mediocre looking cartoon coming up, and don't even get me started on the state of affairs at Konami!

We're a big forum though, so I'm curious: are there any franchises in particular you desperately want to return, but for some reason or another, not many people seem to agree or care?

I'd like to examine what some of us think here. It could expose some interesting, niche series that most of us have never heard of, or we could hear some interesting viewpoints about long dead franchises. Either way, I'd like to hear what you think about these two things in particular: Why do you think this franchise should come back, and why do you think most people (anecdotally) seem rather cold to that idea?

Anyways, I'll kick this off with one franchise I'd like to return in particular: 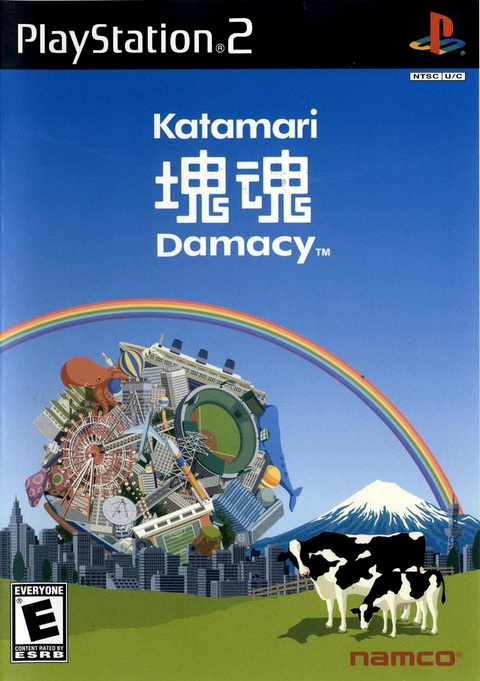 Few franchises entertained me more than this epic ball-rolling saga. I picked up the first game on whim because it was so cheap, so I wasn't prepared for the crazy acid trip that awaited me on my PS2! Beyond the weirdness though, lied an addictive arcade-styled game that rewarded exploration, route planning, and was just damn satisfying. Few things for me beat the fun of starting at the size of an orange to rolling up entire cities!

I could be wrong, but I think most people think the franchise peaked with its 2nd game, We Love Katamari, which was basically a bigger, more creative expansion of the original. After that, we got a pretty cool PSP game that suffered from some limitations, which was fine.

However, as a fan I feel things started to go south with Beautiful Katamari. I don't hate the game, since I think the core gameplay is fine. However, a lot of the most interesting stages were locked behind DLC paywalls, which sorta made me feel like I wasn't buying a complete game! I thought Katamari Forever was a good return to form in some ways (plus I actually like the jump button), but it was very much a "best of" package rather than feeling like a totally new game.

Then came along the last main game: Touch My Katamari. As silly as this sounds, this was actually the Vita launch game I was the most excited for! However, I foolishly bought it with no prior research, and was blindsided by the serious lack of new content, removal of the very amusing collection mode, and stupid DLC scheme. It's a shame, because I was probably one of the few people who liked the streching mechanic (its pretty much the only use of the back touchpad that I've liked on the Vita), and finally having a handheld with dual sticks felt like a perfect platform for Katamari to return on.

I can see why many people don't particularly care about this franchise coming back anytime soon: this isn't a franchise that's known for serious evolution. After the creator of the series left after We Love Katamari, there's a sense that Namco was basically remixing as much content as they could to save on cash. This is a franchise that peaked pretty early, so I think the sequels after We Love Katamari are viewed as pointless by most people.

Despite that, though I doubt it will ever happen now, I would love for a new Katamari game to be made with the same care We Love Katamari was. There's not much that plays like Katamari out there, so I don't think the series needs to drastically change too much about it to be awesome again. I think what we just need are creative, well-thought level designs, and less remixing and stupid DLC nickel and diming getting in the way!

Now that I've said my piece for one series, I'm curious to see what other series people bring up!
Y

Lost Kingdoms. Thats about it.
C

Anyone remember that one game kinda like transformers but like maybe set in tokyo or something? It was on PS2 and I played it 24/7 on like a demo disc with a bunch of other games.

The first 2 on Gamecube were amazing and the original Xbox got a compilation that combined them both into one fantastic game. And then the series' quality dropped dramatically and everything was shovelware. What happened? Bring the good games back.
B

I would love to see a new Zone of the Enders game- franchise has been dormant for almost 15 years now though.

I pray everyday that the series comes back.
N

What do you mean dead? Klonoa 3 will be announced any day now.
I

Custom Robo or Zone of the Enders

Give ZOE to someone like Platinum to make it a high class action game, then give Custom Robo to Sakurai and let him do something amazing with it.

I'd do some nasty things to get another Hot Shots Golf on the Vita. Perfect format for that game.

The Last Blade
A

Vazra said:
Lost Kingdoms. Thats about it.
Click to expand...
Yes. Goddamn I love those games. The best From Software games I've ever played. 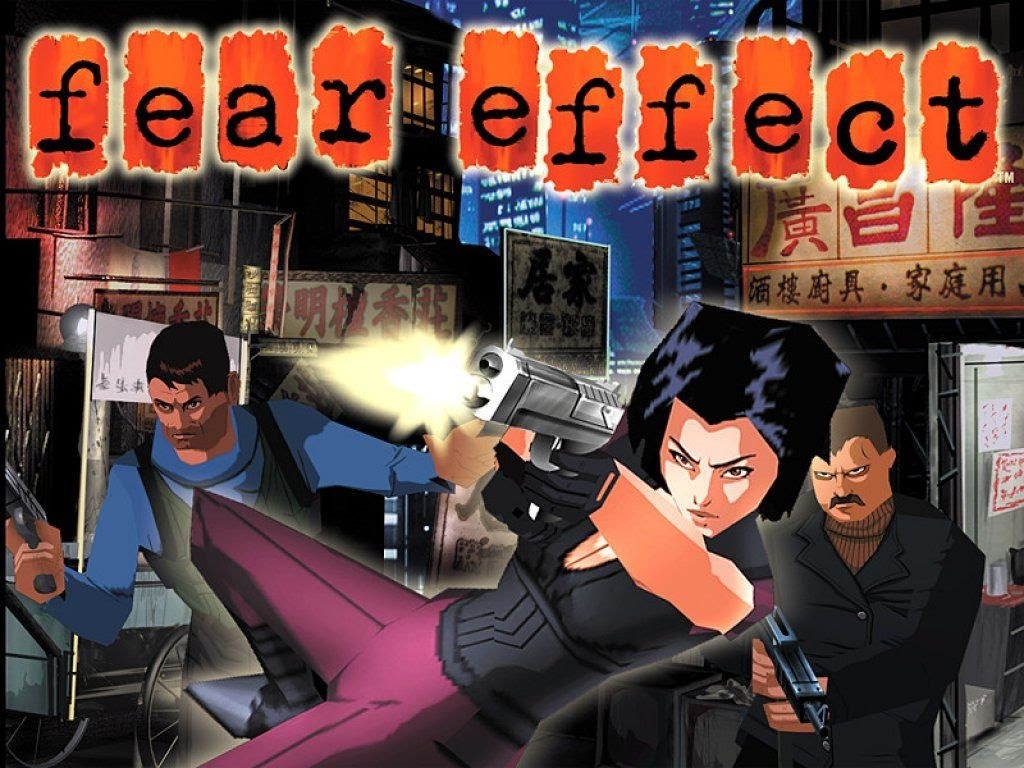 Those first 2 games are wonderful. Gameplaywise they weren't anything special, but the art style, characters, plot and subject matter were top notch.


Also Shadow Hearts if that counts. Covenant is one of the greatest jrpgs ever made. I have no idea how popular the series was though.
V

I'd enjoy Altered Beast rising from its grave
P

Just give me an HD remaster even


Yes I know there are dozens of us
Z

It was an Xbox exclusive action game developed by FROMSoftware, in which you basically killed and destroyed everything and everyone on screen as fast as possible with ridiculous looking combos that often ended up leaving you in mid air, blade dancing and twirling like a ballerina of death.

It was amazing.
T

Too Human cause I can't fucking stand cliffhangers.
K

Bring back Legacy of Kain!!

A Bayonetta x DMC crossover sounds like a no brainer for an eventual Capcom x Platinum collaboration, but... I want Viewtiful Joe 3!
S

I think Bayonetta and Samus are more iconic than Lara Croft.

Vanquish. It's dead. But I think everyone wants V2.
T

Not to be rude, but I hope this thread moves beyond just being a list thread. I don't really know some of these names that are being brought up here, so I'd love to know more (besides retreating to google lol). I mean, I don't think an essay is needed, but maybe a little description will make more people interested in your series of choice.
M

Dead franchises that aren't too popular? Maybe something like Super Monkey Ball. I'd love one on the Switch or PS4. Hopefully with the classic visuals but revamped for some shinny current gen quality!
I

Also want back Marvel Nemesis Rise of the Imperfects.

It doesn't matter who we are, what matters is our plan.

Everyone seems to think that Forza Horizon is an adequate replacement.

Advance Wars. A whole handheld generation and nothing? Really Nintendo? Everyone seems satisfied with Fire Emblem, but to me, IS needs to bring back the best Nintendo franchise.
G

I want Battlezone 98 style game to make a comeback.

x-Lundz-x said:
Wing Commander
Click to expand...
What about the 100m+ crowdfunding into Star Citizen
A

SimEarth. Loved that game as a little kid even though I had absolutely no idea what I was doing. Don't really want to research and see if people hated it to keep my childhood innocence pure.
F 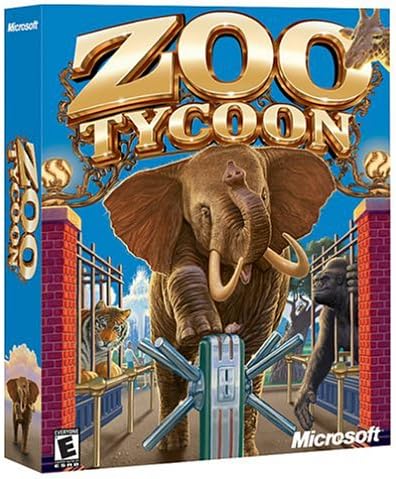 Both this game and its sequel were my jam back in the day.

Ever since Blue Fang jumped ship from Zoo Tycoon (and ended up shutting down completely afterwards oops), Microsoft's published some lousy Kinect and Mobile spinoffs but I really wish there was a proper sucessor to Zoo Tycoon 2 for PC, with the same kind of crazy modding support. With the success of Planet Coaster, I'd like to see Frontier try their hands at a similar kind of spiritual successor to ZT (funnily enough, they were the guys who worked on Zoo Tycoon Kinect).

Seriously though I want an Infinite Space sequel. I'd sell the soul of the next person to post's first born.
A

I think Twisted Metal has the potential to still be awesome.