Dissidia Final Fantasy NT for PS4 (version of the arcade game) has just went up on Amazon (early?). Noctis is announced for the first time here for the PS4 version. Launching worldwide in early 2018. 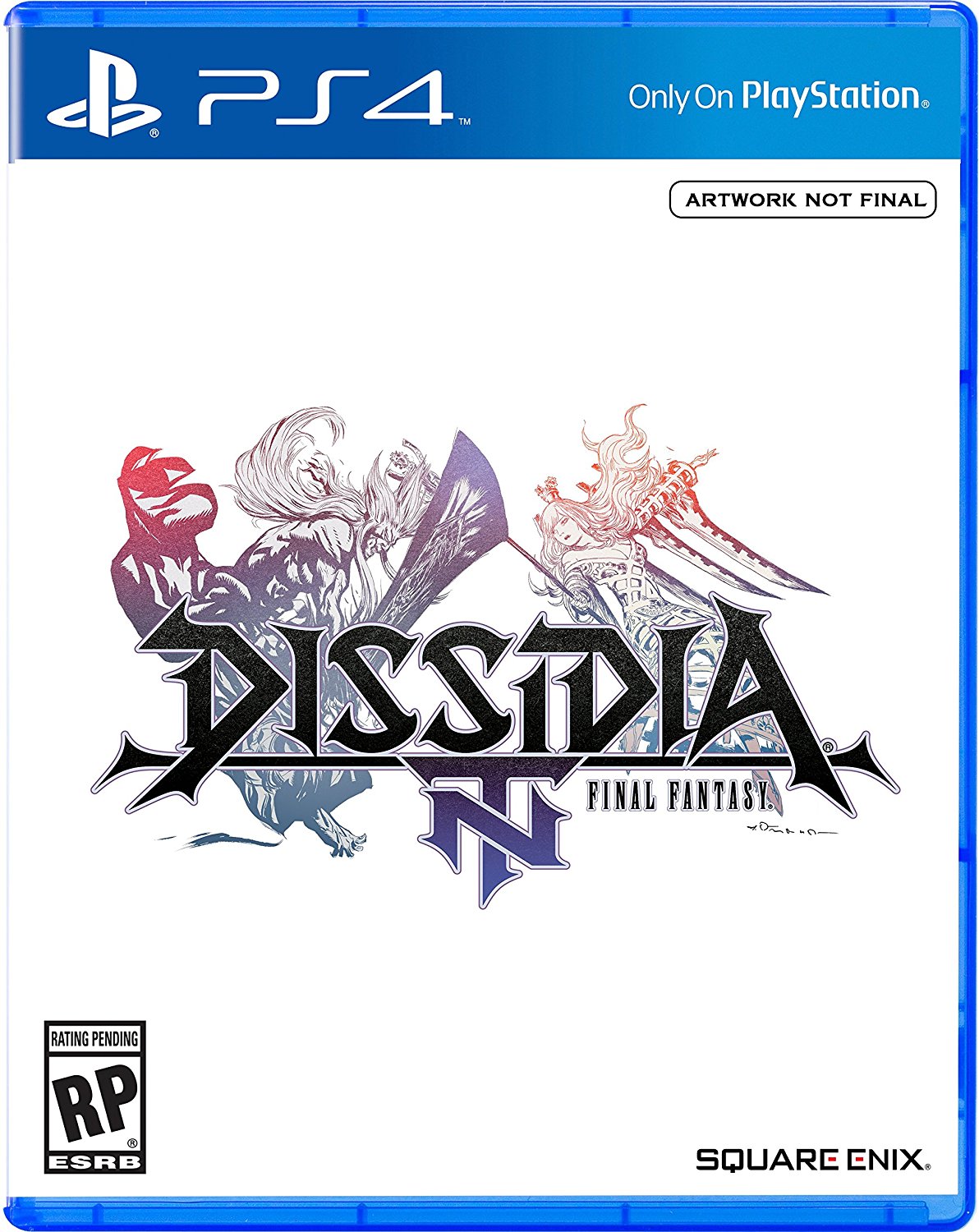 About the product
Final Fantasy, everything you could ever want - Over 20 playable Final Fantasy heroes and villains to play, over ten iconic battle arenas, legendary summons, tons of equippable weapons and moogles
The return from Eos - Noctis makes his triumphant return to the PS4 as a combatant, fighting to save the world of Dissidia
Legendary narrative - Dive into an all-new Final Fantasy story, written by writer Kazushige Nojima (Fantasy VII Remake, Final Fantasy XV, Final Fantasy X, Kingdom Hearts, and Kingdom Hearts II)
Your fantasy. Your fight - Each battle you wage, you will gain XP and gil to deepen the customization of your Final Fantasy champion - from EX skills to weapons to skins, level up
Only the brave survive - The bravery combat system allows a much deeper and more methodical approach to the fighting game genre, separating luck from skill
Click to expand...
Product description
Dissidia Final Fantasy NT introduces squad-based battle gameplay by allowing you to wage war with over 20 of your favorite Final Fantasy characters. Combining unparalleled visuals, seamless gameplay, and your favorite characters from the past 30 years of the franchise, Dissidia Final Fantasy NT welcomes all gamers with 3 vs. 3 battles and the series renowned ”bravery combat system". While aiming for supremacy, call forth familiar summons like Ifrit, Shiva, and Odin to aid you and your party! Square Enix is collaborating with Team Ninja, one of the world's leading developers in the fighting game genre, to bring Dissidia Final Fantasy NT to life.
Click to expand...
Japanese stream announcing it officially here: https://www.youtube.com/watch?v=MVszYPR2V20

Info from the stream: 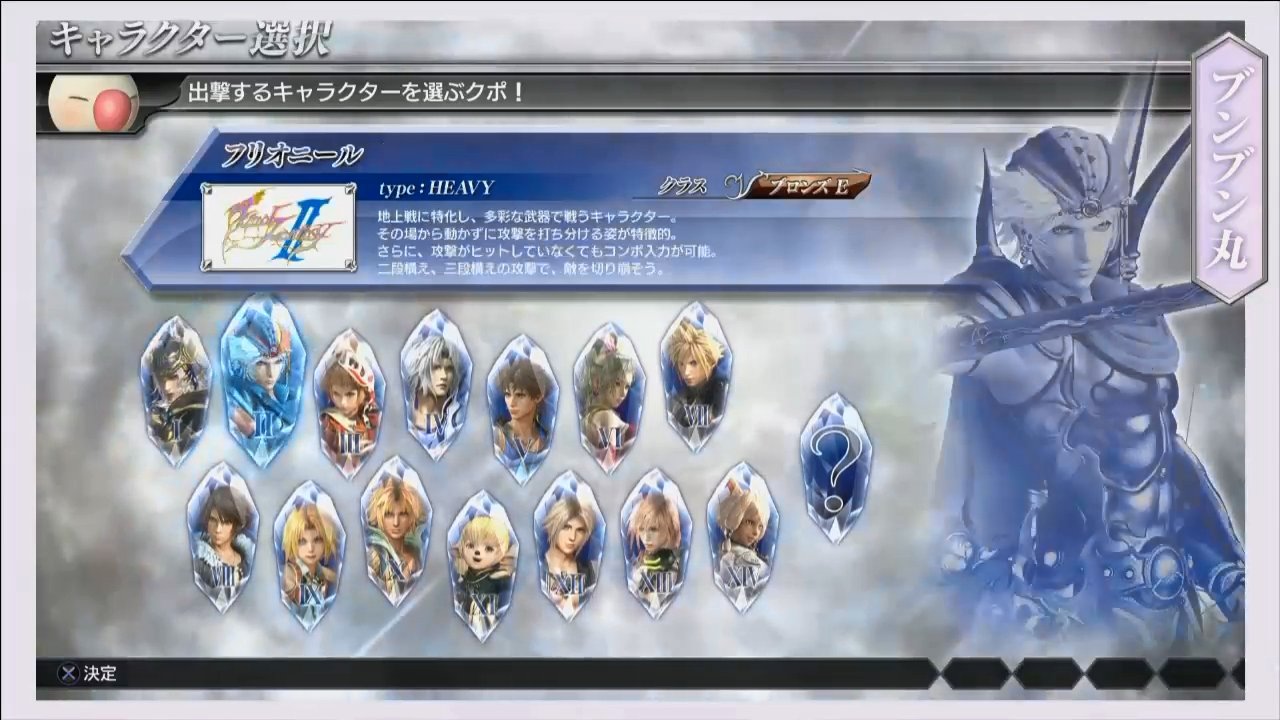 The E3 demo will have main characters from 1-14.
Click to expand...
US press release, confirms an E3 Coliseum panel for the game:

Offering strategic online and offline play, players can select from over 20 legendary characters and familiar summons, including Ifrit, Shiva and Odin, to bring into 3 vs. 3 battle. The game also brings back the DISSIDIA series' unique ”bravery combat system," alongside unparalleled visuals and seamless gameplay.

Tune in to a deep dive panel with Producer Ichiro Hazama, Director Takeo Kujiraoka, Justin Wong of Echo Fox and K-Brad at the E3 Coliseum on Tuesday June 13th @ 3:15 p.m. (Pacific). The E3 Coliseum will be streamed on Twitch and YouTube. More information can be found here - https://www.e3expo.com/show-info/3203/e3-coliseum/ .

This title is not yet rated. Please visit the Entertainment Software Rating Board (ESRB) website at www.esrb.org for more information about ratings.
Click to expand...
P

What's this? Is this based on an arcade game or something?
T

playXray said:
What's this? Is this based on an arcade game or something?
Click to expand...
Yes.
F

Dissidia on a controller! Finally!

There's no rules! No controller! It's just your body!
T

This is the arcade game ohhh shit this is gonna be great.

And was Notics already announced?
K

And there it is
K

TheSpoiler said:
This is the arcade game ohhh shit this is gonna be great.

And was Notics already announced?
Click to expand...
No. There's a livestream for the game today though.
F

official announcement must be today then
L

Click to expand...
I've been waiting for this~
D

FelipeMGM said:
official announcement must be today then
Click to expand...
How many hours till the livestream?
I

The Last One said:
No. There's a livestream for the game today though.
Click to expand...
God damn

Hope this isn't an E3 leak, and was intended on being announced soon.
V

into my veins
L

FUCK ME I've been waiting for this
S

This is probably getting announced in 30 minutes here: https://www.youtube.com/watch?v=MVszYPR2V20
R

Finally. Hoping for a meaty SP story mode.
A

Very excited for this!
J

I'm so in for this, I enjoyed the hell out of the PSP games
S

Had a blast with the PSP versions even though I suck something fierce at the game.
G

Can't wait to play this.
R

Is it so surprising? It was clear they were going to port it to Ps4. Noctis is a nice surprise though.
M

Played the Arcade version for about 10 rounds. Was fun, but very confusing at first too.

I'm surprised that it's exclusive.
N

Finally.
They said it was arcade exclusive 1yr or something
T

Thirteen flew over the cuckoo's nest

Finally it's coming! I waited so long for this. Now I just hope the sp is as meaty as in the original psp games.
R

Though this will be an instant purchase.
L

The Last One said:
I'm surprised that it's exclusive.
Click to expand... 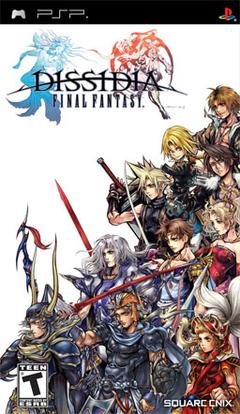 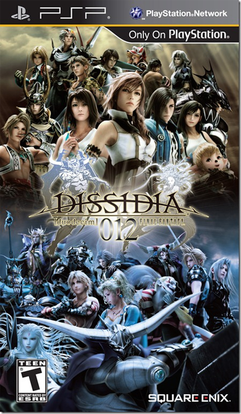 Over 20? So we are definitely going to be missing some past characters. The original Hero and Villain for 1-10 better still be in.
E

And I need Rinoa
R

The Last One said:
I'm surprised that it's exclusive.
Click to expand...
Why? It'll probably get a PC release way down the line.
K

I'm so happy right now, Gaf. I've been waiting for this for so long. *sniff*

The next thing will be to wait for the arcade version of Theatrhythm to get ported...
P

Is the story mode a new thing or was it in the arcades too?
S