TaySan is a HUGE fucking Taylor Swift fan and

and 3 others is part of a 4-man human centipede.

So what’s the story behind your username?
Reactions: Cutty Flam, mcz117chief, Tenaciousmo and 6 others

My nickname from the ladies growing up was TayTay and i wanted something kawai and cute. :3
Reactions: Kev Kev, bonk64, buizel and 6 others

I enjoy the word bean and I love non sequiturs.
Reactions: The Scrivener and buizel 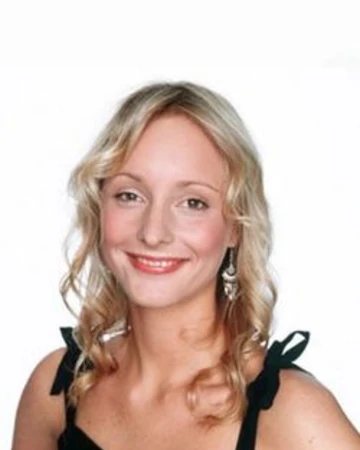 TaySan said:
My nickname from the ladies growing up was TayTay and i wanted something kawai and cute. :3
Click to expand...
You were given a lot of wedgies growing up weren’t you?
Last edited: Sep 2, 2020
Reactions: Can't decide, hariseldon, hard_boiled and 2 others

SpartanN92 said:
You were given a lot of wedgies growing up weren’t you?
Click to expand...
He still does.
Reactions: DogofWar, hard_boiled, Shaqazooloo and 3 others

TaySan said:
My nickname from the ladies growing up was TayTay and i wanted something kawai and cute. :3
Click to expand...
I just threw up in my mouth

As for mine, I'm Italian and I'm tired of racism against olives
Reactions: Droxcy, kingwingin, Can't decide and 7 others

SpartanN92 said:
You were given a lot of wedgies growing up weren’t you?
Click to expand...
Maybe 1 and 2 and the occasional pants being pulled down. But I was the weird kid the normies would beat up my bullies!

no
Reactions: TeezzyD, Saber, Fake and 2 others

TaySan said:
Maybe 1 and 2 and the occasional pants being pulled down. But I was the weird kid the normies would beat up my bullies!
Click to expand...
Usually they'd only do that for the special ed kids.
Reactions: bonk64, hariseldon and nush

It's an homage to my old GAF account. I just got bored and spelled it cooler

My name originates from highschool years, at parties when drunk I used to pretend I'm a crazy pirate captain, and ppl were entertained. My irl first name is Adam, last name starts with a K so turning it into Kraken as a pirate made sense. Many of my older friends just call me captain or cap. My actual gamer tags are CapAMK, which is because back then we were poor and couldn't afford to buy video games so I got pirate versions. My favorite was Gears of War, but I had to play on hamachi servers with a hacked version of it, where everyone would be the same default name in game, however someone figured it out that you could hexa edit your name as long as it's no longer than six characters, from there on I us CapAMK in every game.
Reactions: Shaqazooloo

The Middle of Nowhere

Mine comes from an H.P. Lovecraft universe short story written by Frank Belknap Long Jr. titled "The Hounds of Tindalos" (my favorite of the works not written by Lovecraft himself)

They're transdimensional creatures that enter through corners and chase those who seek the secrets of the realm they inhabit (which one achieves access to with an expertly blended drug-herb cocktail and math).

They look nothing like dogs, but I pondered one evening after heavy toking if their young would be called puppies, I stopped lurking and signed up a couple days later.
Reactions: Cycom, Belmonte, Tesseract and 2 others

The edge of a circle

TaySan said:
Maybe 1 and 2 and the occasional pants being pulled down. But I was the weird kid the normies would beat up my bullies!
Click to expand...
A

Strange nickname from an old girlfriend. Plus I wanted to make a pseudonym and liked how Anderson looked with it. Alexanderson. Dat overlap

It's a bit funny. I never thought I would be using this username for more than 10+ years, but it just feels so iconic at this point.
That one extra letter made a huge difference on the internet.
Reactions: Shaqazooloo

They call me the gift that keeps on gifing.
Reactions: Kadayi, JayK47, johntown and 7 others

All the good user names were already taken.
Reactions: Shaqazooloo

OP's name comes from the tv dinners right ?
Reactions: and 3 others, Tesseract and JordanN

Way way back in the good ole days of Halo 2 launching I was playing in a local gameshop tournament. Managed to win the match with the last 3 shots left in a sniper rifle so 18 year old me decided to start using the name Threeshotwonder. Older me amended it to Threeshotgamer some time around the ps3 launch.
Reactions: Kadayi, JayK47 and MaestroMike

brap said:
Usually they'd only do that for the special ed kids.
Click to expand...
Yea, i was in that club.
Reactions: Shaqazooloo and brap

As far as I can tell I was the first person of any note recorded online with the user name Total Biscuit, so obviously I had to change it when the other guy became youtube famous (neither of us thought it up mind, it's from an obscure Discworld book).

After that, I decided to think of something totally original that was a bit British and weird, as well as conforming to the 'two syllable names are easy to remember' rule, and here we are.

Plus, it makes you think of cheesey fun, and that's what I try to go for.
Reactions: Kadayi, johntown, T-Barbs and 3 others
F

From the popular One Piece character.

It's nice and simple. Also could be seen as a reference to the Shema prayer.
Reactions: Tesseract and Shaqazooloo

Mine is from the Ricky Gervais (Steve Merchant and the little roundy-headed- baldy-mancy little twat, Karl Pilkington) podcasts.

Boswellox is a real ingredient in shampoo, Karl pronounces it Boswollox, to make it sounds more like bollox.

I will probably tell you.
I probably won't tell you.
Reactions: Kadayi, johntown, Tesseract and 9 others

Mr Shine is in the discworld books, him diamond and king of the trolls.
Reactions: Nitty_Grimes and notseqi

I am into the bannable offense of boys club behaviour and this username suits that.
Reactions: Narasumas, TeezzyD, nush and 1 other person

If you want to understand a society, take a good look at the drugs it uses. And what can this tell you about American culture? Well, look at the drugs we use. Except for pharmaceutical poison, there are essentially only two drugs that Western civilization tolerates: Caffeine from Monday to Friday to energize you enough to make you a productive member of society, and alcohol from Friday to Monday to keep you too stupid to figure out the prison that you are living in.
Reactions: JayK47, The Scrivener, Boswollocks and 2 others

Its something I randomly came up with.
Reactions: Shaqazooloo

It's the German word for seven, which is my shoe size.
Reactions: hariseldon, haadim, notseqi and 1 other person

The first time I used "DelireMan" as username was when we played Halo for the first time with friends. We had to create a profile for each and as I was (and still) laughing for anything and sometimes when literally nothing happen (my brain can easily create absurd story from a tiny detail and that makes me laugh out loud). So I went for DelireMan.

"7" because the first username I use on a videogame forum was "Freeman7" (because all others were already taken xD). I have just discovered Half-Life at the time and I register on a Half Life forum and was crazy active on it with this user name.

Since that I use "DelireMan7" for every of my online account.

Vier said:
It's the German word for seven, which is my shoe size.
Click to expand...
Who told you that?

It's the german word for "four", and that's probably the size of your penis in inches.
Reactions: JayK47, Mihos, mcz117chief and 9 others

My friends and I watched a Deadliest Warriors episode that featured Shaka Zulu, my first name has "Shaq" in it so they started calling me Shaqazooloo (Which is ironic since I'm probably one of the least violent people around).

As for why it's Shaqazooloo and not Shaqazulu, I'm gonna say is because I wanted to be a little original and make the reference less obvious and not that when I went to use it for the first time, I forgot how the dudes name was spelled and just went with this instead...
Reactions: slugbahr and notseqi

Stiflers Mom said:
Who told you that?

It's the german word for "four", and that's probably the size of your penis in inches.
Click to expand...
That would be centimeters then, since it's german.
Reactions: Kadayi, Mihos, johntown and 4 others 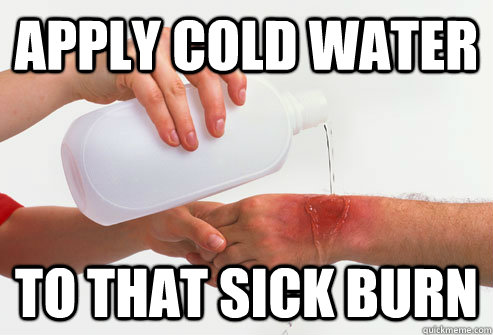 Gifmaker said:
That would be centimeters then, since it's german.
Click to expand...
Reactions: Kadayi, mcz117chief, Tenaciousmo and 3 others

My first registration on a vg forum was when the gamecube came out, the site was gamecubenext and i decided to call myself wolf because i like wolves.

Then i added 46 because is the number of valentino rossi (motorcycles deiver multiple champion) and the foundation year of catania soccer team (my city), so Wolf46.

It was Wolf46 for a long time, then in another forum my internet friend and supermod discovered that i liked bodybuilding and he changed my name in GymWolf46.

I lost any interest in valentino rossi and soccer as a game so now it's only GymWolf, probably the lamest nickname on the internet...
Last edited: Sep 2, 2020
Reactions: Merzbear, JordanN and Shaqazooloo

I don't have to explain it. If you are a fellow degenerate you'll get it.
Reactions: Kadayi, Mihos, hariseldon and 3 others

People called me Chrisypoo growing up as a nick name for Chris. Eventually folks took to calling me just "Poo", and I guess that was just too short as it eventually turned into "Poodaddy". Folks would see me at the mall, yell Poodaddy, and I was sure to turn around, it was all pretty organic and natural, and I suppose I just got used to being called that, so I figured I'd just take that forward into internet stuff as well. Seemed right.
Last edited: Sep 2, 2020
Reactions: Shaqazooloo

BlackOlivesMatter said:
I just threw up in my mouth

As for mine, I'm Italian and I'm tired of racism against olives
Click to expand...
Yeah but what about greeke olives?

Nehezir is just some old name that an 18 year old me concocted for a Dark Elf Shadow Knight while hitting random name buttons in Champions of Norrath. I pieced together a few of the syllables from the name generator and then tried to make something that sounded fancy. This was it.

Naz is just a shortened version someone else gave me.
Reactions: Shaqazooloo

I played WoW back in 2005. used the name Seqi in some variation for all of my characters (Iqes, Siqe, Eqis). Was my favourite character on a private TBC server until recently.
Had the name in Discord, prefixed it with a 'not' to throw people off my scent, and here we are.
Reactions: Shaqazooloo
N

Stiflers Mom said:
Who told you that?

It's the german word for "four", and that's probably the size of your penis in inches.
Click to expand...
Gotdamn! I didn't know you had that in ya..
Reactions: Shaqazooloo