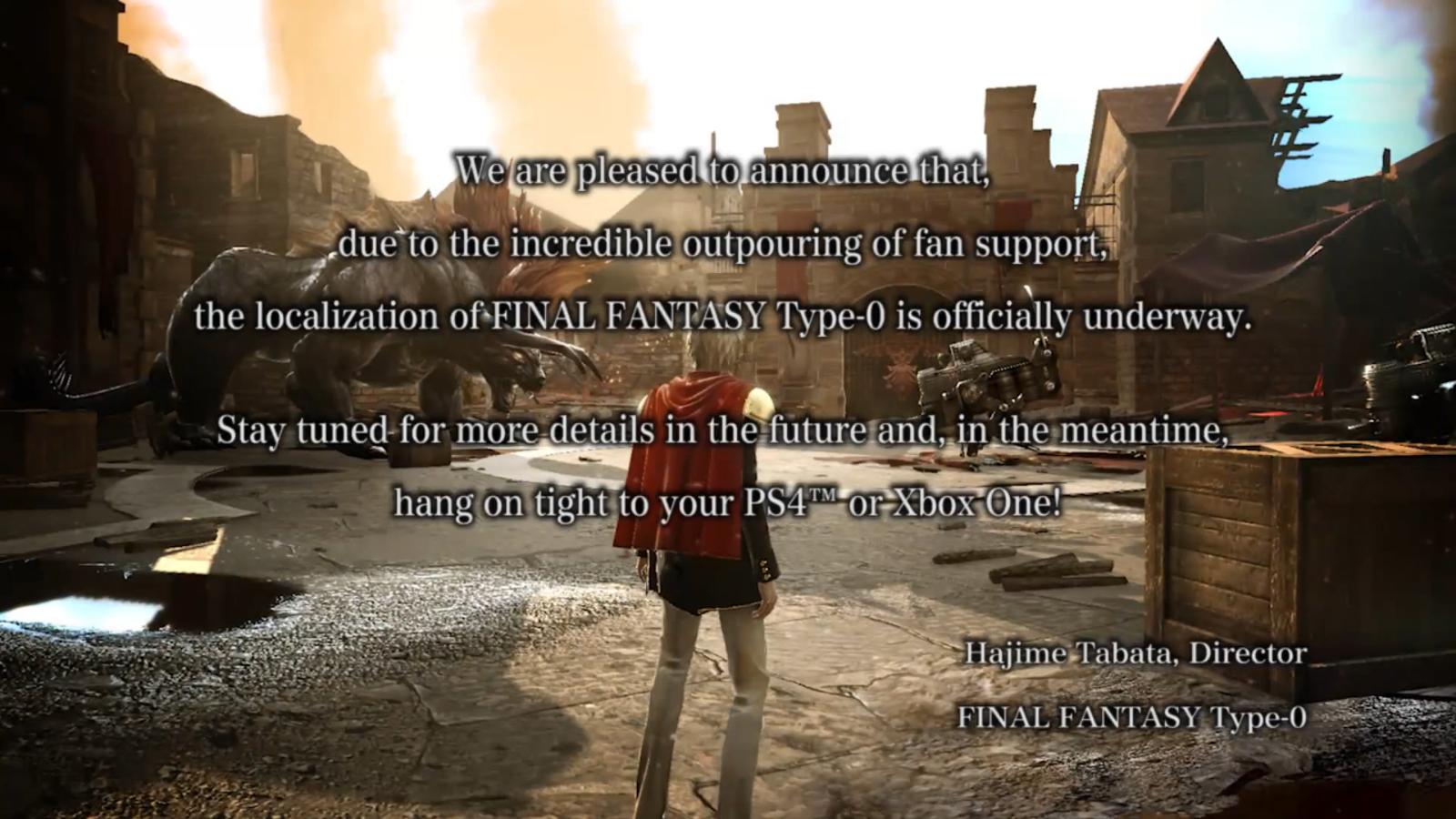 (Screenshot was taken from a video promoting the western release of Final Fantasy Agito, a companion game for iOS/Android. This should be from the console version of the game.) 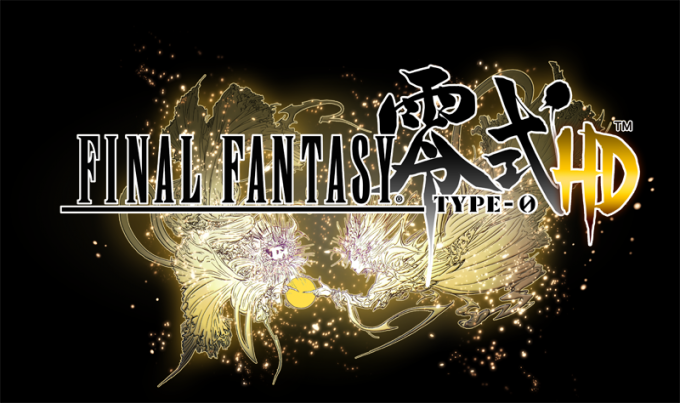 "The voice of our Western fans was instrumental in the development of FINAL FANTASY TYPE-0, and we're very excited to release this title soon," said Hajime Tabata, director of FINAL FANTASY TYPE-0. "The new PlayStation®4 system and Xbox One platforms have really helped to re-envision this dynamic and turbulent world of Orience."

The war-torn land of Orience is also the setting for FINAL FANTASY AGITO, where players on iOS and Android mobile devices take on the role of a cadet in the Dominion of Rubrum as they aim to become Agito, a prophesized saviour of Orience.

Some key features for FINAL FANTASY AGITO include:

Character Customisation: Create a unique character in the world of FINAL FANTASY AGITO. Players have access to a variety of character customisation options, including gender, facial features, hairstyles and more.

Player Choice: Interact with other cadets at Akademeia, including major characters from FINAL FANTASY TYPE-0. The decisions you make here will affect the course of history in the game, which in turn will affect the worldwide player community.

FINAL FANTASY AGITO will be available for free download with in-app purchases on iOS and Android Devices. No release date has been confirmed for both titles at this time.

The PlayStation Blog had an incorrect headline stating it was coming to PS Vita.
B

WHAT THE FUCK?
N

Sakura Minamida said:
I&#8217;d like to start this out by thanking everyone who let us know how badly you wanted this game to come to North America. Ever since the original PlayStation Portable release in Japan, you guys have never given up on it, raising your voices in an effort to see this title come to North America and Europe. Well, I&#8217;m here to tell you that it&#8217;s coming and it&#8217;s going to be in HD.
Stay tuned for more details in the future.
Click to expand...

A BOMB! A BOMB! SQUARE-ENIX DROPPED A BOMB!
G

Nobody ruins my family vacation but me...and maybe the boy!

Woah, this is megaton.

Square-Enix USA, you'd better not fuck up this time.
H

WHAT THE FUCK FLYING?
D

Just got the emails.

YES! Finally! HD version! They did everything right!
Q

Why not at the conference, Sony?
X

Great, won't have to go through the hurdles of importing the PSP game and using the fan translation
B

Why the hell didn't they show this yesterday?

Whatever, I'm on board.
S

Tears that were once joy are now rage.
Q

I'll be damned. Count me in!
I

Yay! Vita gets some love.
M

And then the LORD David Bowie saith to his Son, Jonny Depp: 'Go, and spread my image amongst the cosmos. For every living thing is in anguish and only the LIGHT shall give them reprieve.'

Just saw it on my twitter feed and was holy shit really? Had to double check that the tweet was really from PlayStation.
M

what the fuck
M

I am not dreaming!?
T

Well this is a surprise
You must log in or register to reply here.