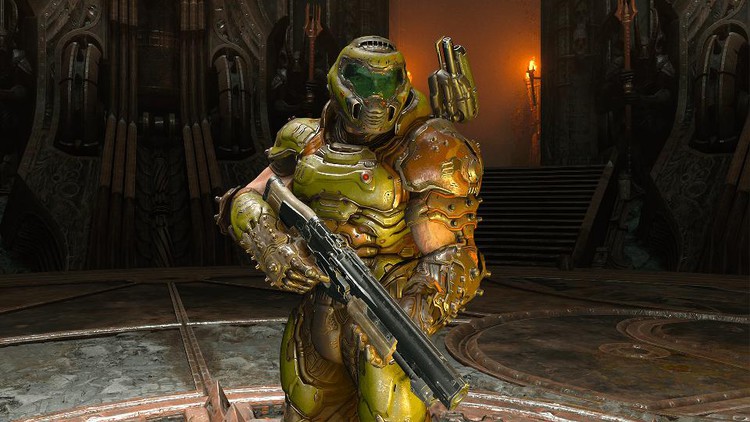 Say what you like about gameplay, graphics, and even story–when games are at their most memorable and emotional, it’s almost always thanks to their music. Now, as countless digital services offer new revenue opportunities for composers and developers, we can finally get a good idea of which game soundtracks are the most popular among players.


Research carried out by Seattle-based esports betting site Unikrn has revealed the 25 most streamed video game songs of all time on Spotify. The oddsmaker took the purest (and fairest) route: it focused only on songs specifically composed for games, removing pre-existing, playlisted songs (e.g. FIFA) or promotional tracks created for championships (e.g. League of Legends).


Unikrn discovered that Minecraft’s ‘Sweden’–created by German composer C418, A.K.A. Daniel Rosenfeld–leads the pack with nearly 78 million plays. It has more than double the listens of the second-placed song in the top 25: Minecraft’s theme, also composed by C418, which has racked up nearly 38 million plays.

Minecraft dominates the table, with nearly one-third of the list–seven tracks out of 25–coming from the Mojang classic, totaling 225 million listens. With estimates placing Spotify artist revenue at approximately $1 per 250 plays, C418 may have made $900,000 off these songs, and over a third of that ($312,000) from ‘Sweden’ alone.


Doom (2016) is the second-most popular soundtrack featured on the list: it takes three spots in the top 25, including positions three and four, thanks to ‘Rip & Tear’ and ‘BFG Division’. Action-adventure and role-playing games dominate the remaining table: The Last of Us, Assassin’s Creed, Mass Effect, and The Witcher III all make the grade with two songs each.


An all-time classic sneaks in at number 17: the marvelous ‘Still Alive’ by Ellen McLain, which served as the heartwarming final song from the iconic Portal. Since being added to Spotify, the 14-year-old song has clocked up over 19 million plays.


The biggest shocks don’t come from what makes the top 25, but what’s jarringly absent. Despite the wide availability of Nobuo Uematsu’s countless OST albums, the Final Fantasy series doesn’t even get close to making the top 25: its highest-performing song, the theme from the original Final Fantasy, registers just three million plays. Even ‘Aerith’s Theme’ only has 1.2 million listens, which is nearly as heartbreaking to hear as the song was that very first time in FFVII.


Other celebrated game soundtracks, from franchises like Super Mario, Pokémon, and Sonic the Hedgehog, also miss the cut entirely, but for an entirely more understandable reason: most of their official music hasn’t been officially published to streaming services. Given the money that could be made, even the ever-protective Nintendo may find it hard to resist Spotify’s revenue potential in the future.
Click to expand...

The list:
All-time top 25 most streamed game songs on Spotify

I was expecting Hans Zimmer's Crysis 2 stuff to be there (and the rest of Crysis 2 and 3, which are both great soundtracks).

I wanted to check but I can't login because no account is registered to my email address and I can't make an account because one already exists for my email address. Spotify can suck my dick.

Bonfires Down said:
No Final Fantasy?

This is "all-time" and the OSTs were added on Spotify less than 2 years ago. Plus, it's not like other franchises like Halo or Doom where everyone listens to the same few tracks.
Last edited: Apr 9, 2021

My only true disagreement (I don't care much about the others but I can understand) is this : The Elder Scrolls V: Skyrim: Dragonborn
For me this is the worst track of the Skyrim OST. Imo tracks like "Frostfall", "Under an Ancient Sun", "Beneath the Ice", etc. are much better tracks.

No Hotline Miami, Destiny, Hitman, or even Mario?

Did not expect Minecraft at the top.

I am very happy to have done my part in contributing greatly to these total plays:
Halo, Skyrim, Witcher, Mass Effect, Assassin's Creed, God of War & Dragon Age

Skyrim is probably THE GREATEST OF ALL TIME

Halo, also one of the GOAT, is incredible but I LOATHE the electric guitar riffs and the Mjolnir Mix listed above is one of the only Halo songs I can't stand

Mass Effect is also one of the GOAT and Clint Mansell's piano skills are on point - Leaving Earth is such a great tune and I miss Jack Wall's electronic style
Last edited: Apr 9, 2021

I listened to this DKC playlist damn near every day last year and it doesn't make the list? Pathetic.

I get the Doom stuff, Halo, Portal and maybe Skyrim... but the rest? I couldn't even beginn to describe you what The Last of Us' soundtrack would sound like other than "generic movie score" maybe? the AC4 theme, ok that has earworm potential, but even that surprises me tbh. And I played every God of War game but I couldn't identify any of the games' tracks in a blind test at all, couldn't be more generic and forgettable.

granted tho, they only recently added the Need for Speed Underground 2 album to spotify, it wasn't there until a few weeks/months ago, so Snoop Dogg's cover/remix of Riders on the Storm can still rise to the top where it belongs! ALONGSIDE JET SET RADIO!

I bought the whole soundtrack to AC2 (like, on an actual CD) from Amazon, and this theme is really good. Actually, most of the AC2 soundtrack is REALLY good; it does a spectacular job at evoking a certain atmosphere. I'm half tempted to say that part of the reason why so many people regard AC2 so highly is because of the atmosphere (including the soundtrack), because practically all sequels play infinitely better.


EDIT: Oh crap, how can I forget, the intro theme ("Earth") -- my god what a tune, my favorite in that soundtrack: