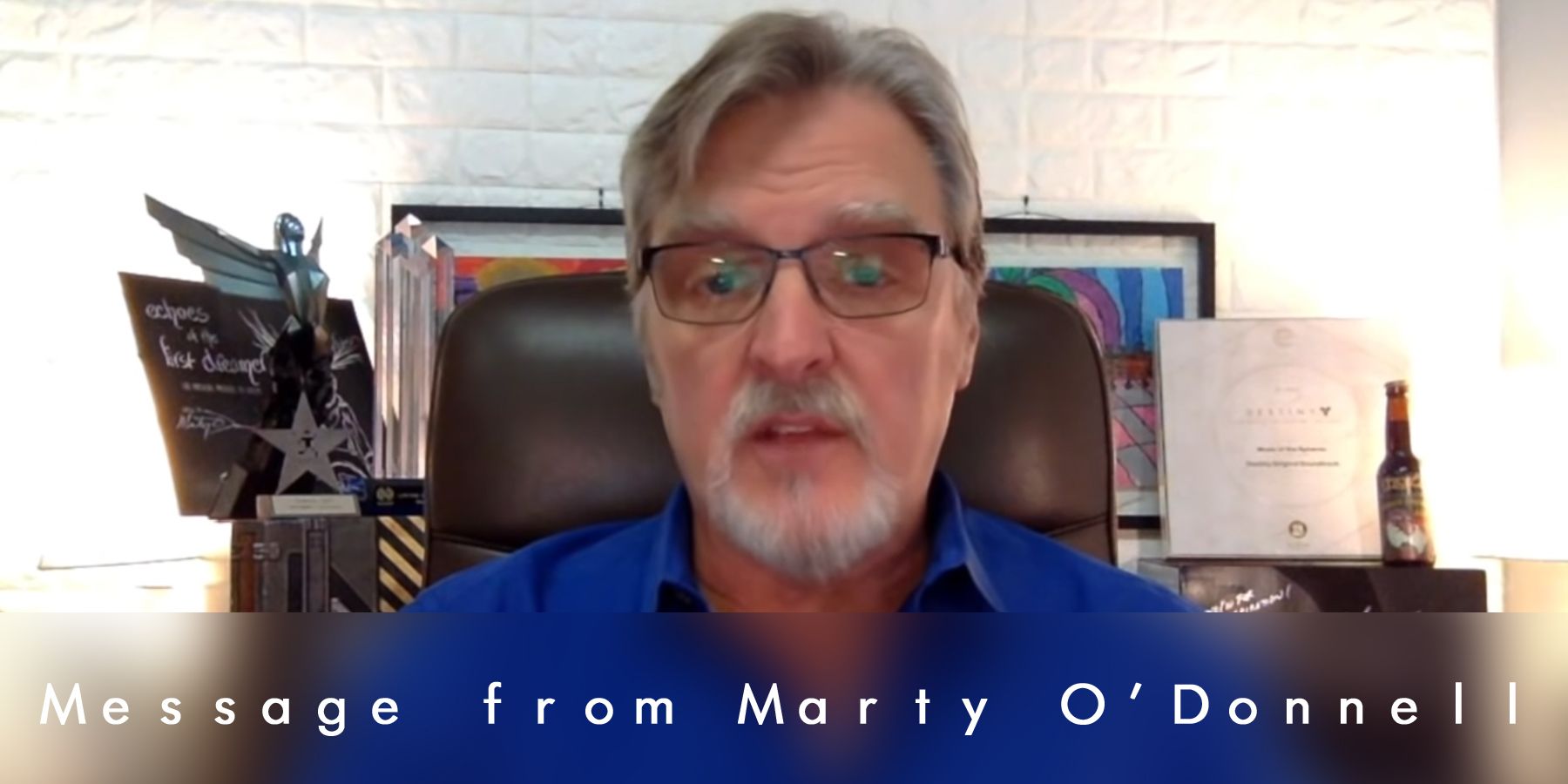 In a video posted to his YouTube channel, former Destiny Composer Marty O'Donnell has told fans to destroy any music that he shouldn't have released.


This last project, titled Music of the Spheres, was a collaboration between O'Donnell with Paul McCartney, Michael Salvatori, and C. Paul Johnson. The 8 movement symphony was meant to be implemented in the upcoming Destiny. However, when the gameplay reveal trailer was debuted at E3 2013, O'Donnell discovered that his original music had been pulled by the publisher of the series at that time, Activision. Upset, O'Donnell took to Twitter which upset management at both Bungie and Activision. Throwing more fuel on the fire was the revelation that Music of the Spheres wouldn't get a standalone release, something that O'Donnell had been campaigning hard for. While he continued to work with Bungie for another year, his resentment of the decisions made and overall attitude led to fellow staff complaining. On April 11, 2014, his contract was terminated.

That same year, O'Donnell successfully sued Bungie for benefits that were unpaid. In the filing, O'Donnell stated that he wasn't given an explanation for his termination and that he was deprived of accrued but unused vacation time, paid time off, sabbatical time, and other benefits. Earlier this year, O'Donnell was found in contempt of court after posting music from Music of the Spheres and other Destiny-related music online at various platforms such as Bandcamp. The court ordered O'Donnell to give Bungie any money earned from the sales of the music uploaded to Bandcamp as well as paying their legal fees. Additionally, O'Donnell must post a message to his social media channels containing wording agreed to by both channels.

Earlier today, that message went live. The transcription is as follows:

"To Whom it May Concern,
I do not have, and have not had since at least April 2014, the legal authority to possess or distribute non-commercially available material related to Destiny or Music of the Spheres (including material I composed or created while working for Bungie). This material is owned by Bungie. If you posted any of these assets on a website or other publicly available platform, you should remove the content immediately. If you have copies of these assets, you should refrain from sharing and destroy any copies of them. This request does not apply to any Destiny or Music of the Spheres material that you lawfully obtained from commercially available sources.
Thank you,
Marty O’Donnell"
Click to expand...

in other news, google and youtube searchs for 'Music of the Spheres' sees a sudden increase.
Last edited: Nov 23, 2021

Guilty_AI said:
Music of the Spheres
Click to expand...

Streisand effect is a beautiful thing

edit: Oh, the spike was from a coldplay album with the same name. Still, Ms. Streisand shall live on
Last edited: Nov 23, 2021

Guess we gotta send these over to the Hidden-Palace wiki or something.

I am Team Marty.

Guilty_AI said:
in other news, google and youtube searchs for 'Music of the Spheres' sees a sudden increase.
Click to expand...

Don't think Bungie really cares that it's actually being distributed at this point. They could DMCA strike it all and add it to whatever YouTube system that can detect music/sounds so that it gets auto-flagged. I think they are more concerned of getting the guy in trouble because the court told him he wasn't supposed to do that after the guy sued and won.

Requesting for the sake of requesting.

Lol why would anyone destroy it, especially now.

Guilty_AI said:
in other news, google and youtube searchs for 'Music of the Spheres' sees a sudden increase.
Click to expand...

I have the flac version

Get it before it gets taken down. This shit is god tier even if you don't play Destiny.

I listen to this when I'm playing any space game lol

anothertech said:
I listen to this when I'm playing any space game lol

I still don't understand why they didn't use it in the first place
Click to expand...

Shut0wen replied
Sep 17, 2021
Bungie may be going after Marty O'Donnell (Halo, Destiny composer) again, allegedly being "bullied" and sued into shutting down his Youtube channel