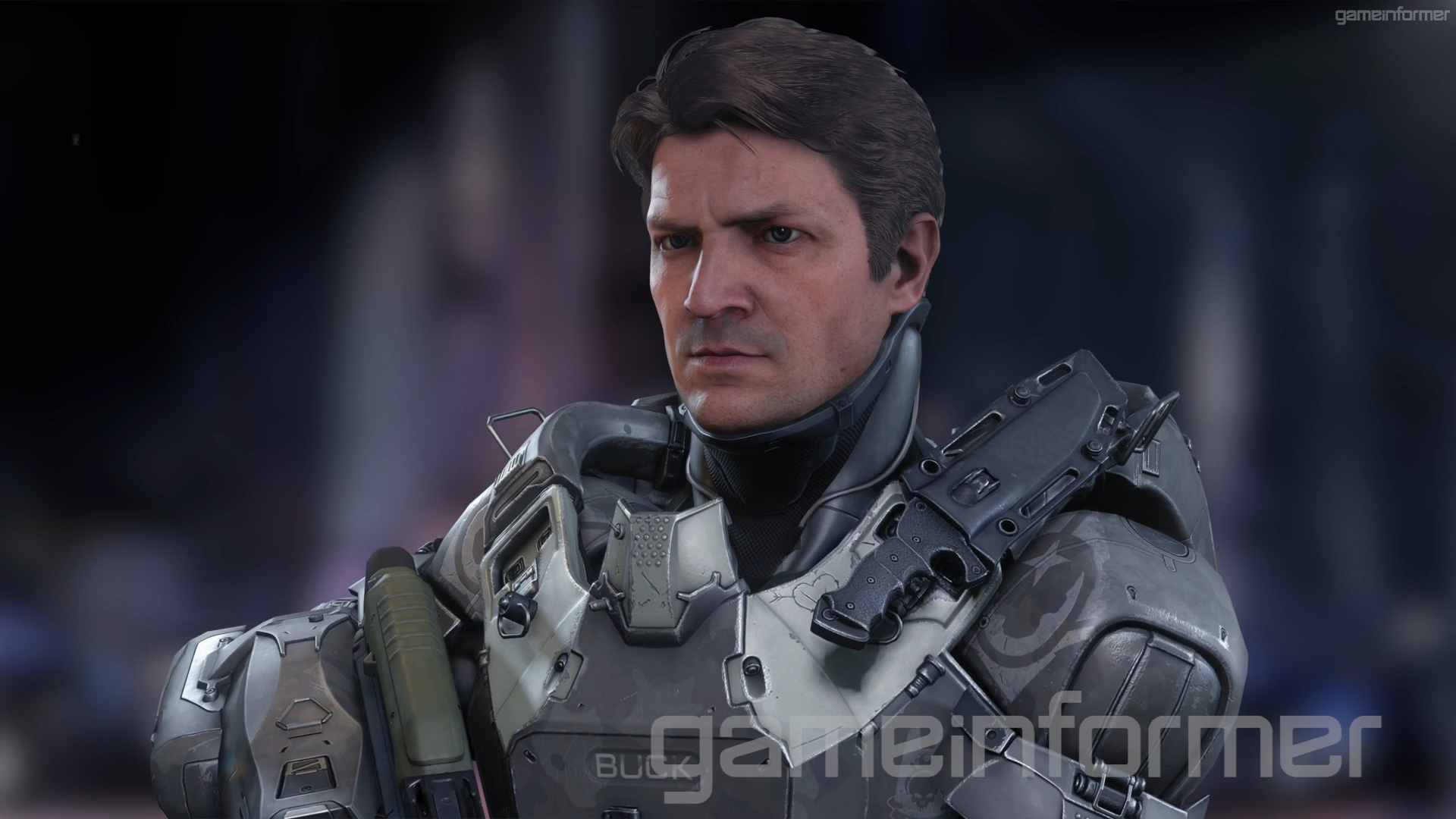 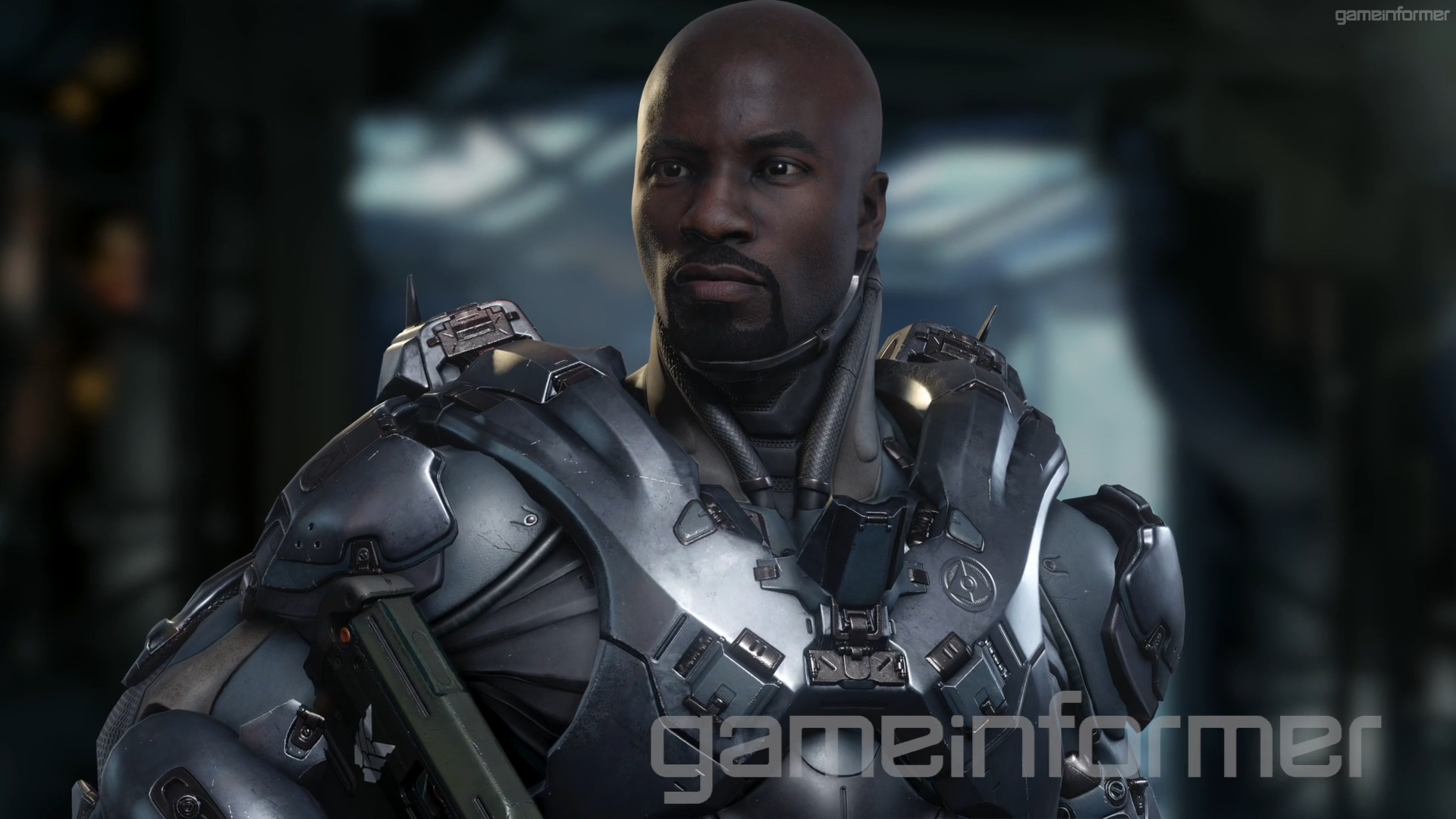 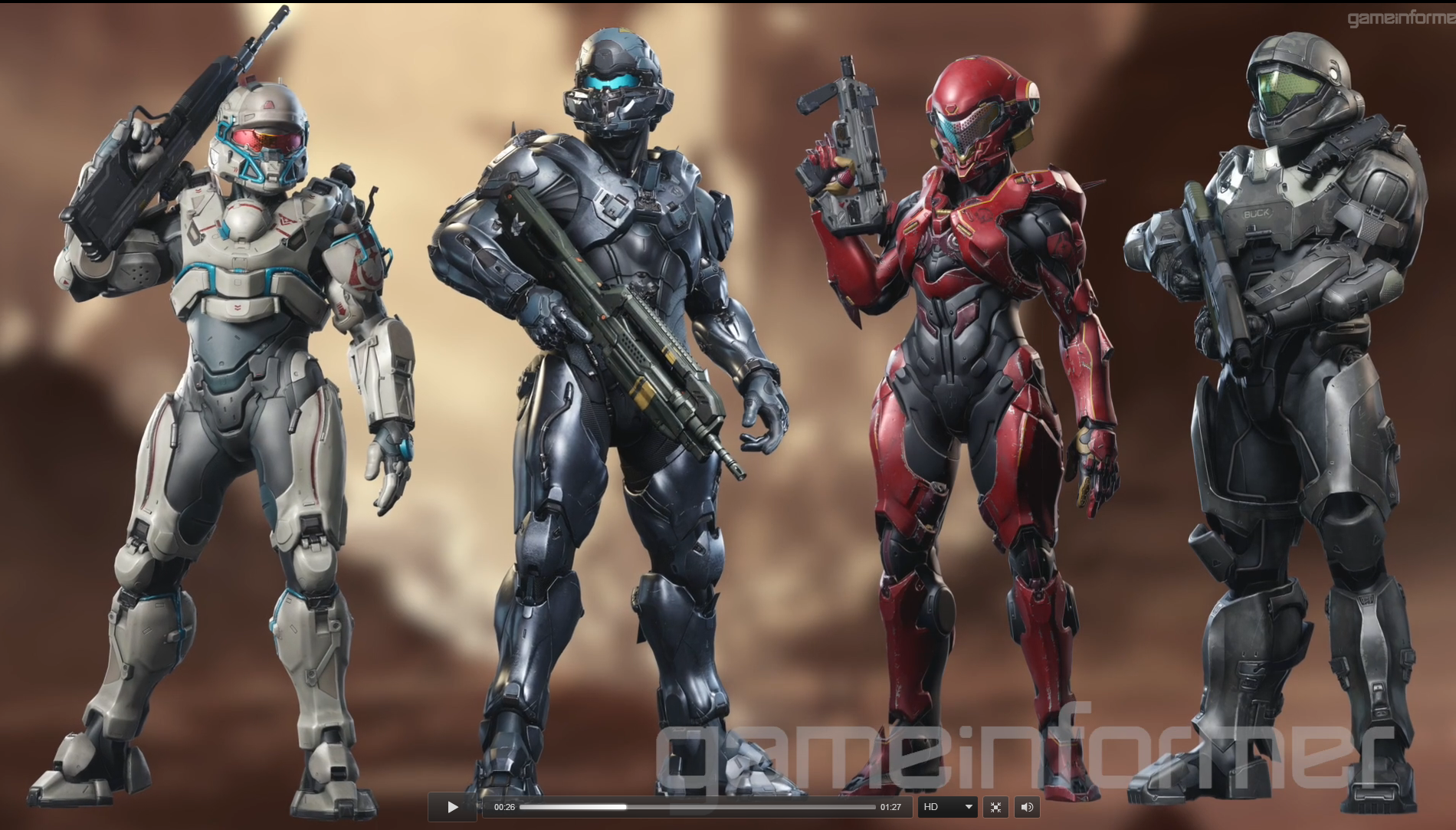 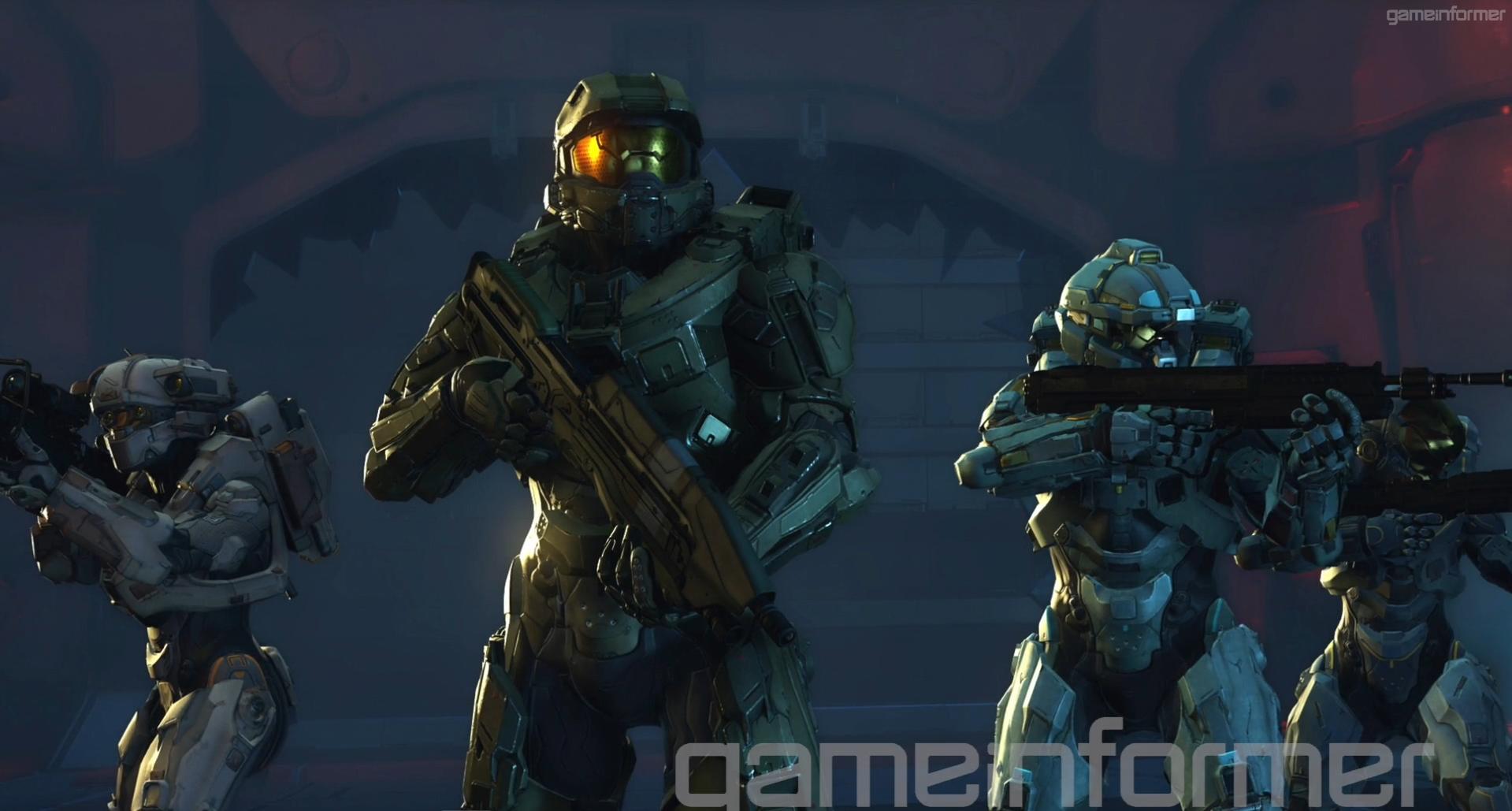 You've played the Halo 5: Guardians multiplayer beta. Now it's time to uncover the mysteries behind the story.

We went to 343 Industries to get the first hands-on with Master Chief's campaign. As you can see from the cover imagery, the Chief is now accompanied by the legendary Blue Team in both single-player and four-player co-op. Linda, Fred, and Kelly were abducted when they were six years old alongside John to be turned into Spartan-II super soldiers. This tight-knit squad grew up together and battled through many adventures in the expanded fiction, but this will mark their first significant role in a core Halo game. With the loss of Cortana in Halo 4, Blue Team steps up to interact with Chief, appear in cutscenes, and accept commands from him in single-player. In co-op play, everyone takes on a specific member, each with a different loadout unique to their specialty.

We played an early mission set before Master Chief and Blue Team are declared AWOL by the very military that made them. The flipside of the campaign follows Spartan Jameson Locke, seen in the Halo: Nightfall TV series, as he tracks down Halo's signature hero to bring him in or take him down. Locke recruits a team of his own, Fireteam Osiris, to do the job. This mix of familiar and new faces rounds out the team of high-tech Spartan-IVs, who all come from elite military backgrounds. See if you can spot a returning fan favorite in our coverage trailer below.

Our lengthy hands-on sessions also included plenty of time in the revamped competitive Arena multiplayer. In the cover story, we break down specific changes to the Empire map from last winter's beta and we debut a never-before-seen map called Fathom. This undersea base looks gorgeous and is loaded with all kinds of hidden tricks for experienced players to dig in and discover. 343 also teases a new multiplayer mode never seen in a Halo game before. Read about all this and more in the latest issue of Game Informer.

Halo 5: Guardians is set to release on October 27 on Xbox One.

- Solo Players accompanied by a team of 3 other Spartans from Blue Team, ability to give basic squad order ala Republic Commando.
- Drop in/Drop Out online coop
- GI played only the second mission titled &#8216;Blue Team&#8217;
- All Spartan abilities available in MP also present in SP
- Second Level ends with Chief
dreaming
- Chief has to deal with the loss of
Cortana fom 4 and the 'ghost of Cortana' in 5
- Has alternate paths in campaign levels
- In coop each player is a different member of Blue Team, and players start with different loadouts, plus the final game will have different huds for each character
- Split screen not supported

- Game will launch with over 20 maps (unknown how many are forge variants), their plan is to add 15 more by June 2016
- ALL DLC TO BE FREE
- Empire has been tweaked substantially since the beta
- A brand new underwater map revelead called Fathom, is symmetrical.
- BTB to be revealed at E3, or rather a &#8216;new epic multiplayer experience&#8217;, (please be Battlefield Halo).
Click to expand...

Switched it out with the big version.

In my veins. 6 more days till we get more info for campaign. omg I am so ready fuckk

Confirmation of Blue Team has me beyond happy for this.
B

Looking forward to the info. Nice cover as well.

Edit: hmm the new mp mode is only "teased"
J

"The flipside of the campaign follows Spartan Jameson Locke, seen in the Halo: Nightfall TV series, as he tracks down Halo's signature hero to bring him in or take him down. "

Not sure I find this story setup very interesting tbh :/
O

Nice hopefully we finally get some actual campaign details. We still know almost nothing about it from both a gameplay and story perspective.
D

Wish I could stay in LA a few more days and get e3 tickets to see the game in person.
B

Give it to me now.
G

I am getting teh haloz!
B

Oh man I need this, even with all the new games this is still my most hyped of 2015
R

Hopefully that mode is Big Big Team Battle. 32v32 crazy Battlefield style mode in Halo. Loads of vehicles, multiple objectives and a chance to be a Grunt.
B


With the loss of Cortana in Halo 4, Blue Team steps up to interact with Chief, appear in cutscenes, and accept commands from him in single-player.
Click to expand...

In co-op play, everyone takes on a specific member, each with a different loadout unique to their specialty.
Click to expand...

People are going to fight over who gets to play as Linda.
P

All I said was that it wasn't that image.
N

Campaign seems to be awesome with Blue team being back
A

Hey its what I guessed-

First Halo game I wont be preordering. Lets see how it does first.

edit:The ties to ODST make me want to preorder tho ;/

"Do I look fat in this armoured suit?"

Yeah you do. You really do.
V


People are going to fight over who gets to play as Linda.
Click to expand...

Seriously can't wait. It comes out on my bday so hopefully I can get my wife to buy me the collectors edition! Can't wait to see what E3 holds in store.
A

Looking at those Banshees... Oh yay more redesigns. :/
I'll reserve judgment till I get a better look at them.
J

On the critic side I hope 343i put in some way the lore of Halo, I think people who haven't read the last comic or some books can be more lost than Halo 4.
O

Whooooa just realized in co op each player takes on a specific member of Blue Team. Holy SHIT that's awesome. Was this known until now?
B

Stinkles said:
All I said was that it wasn't that image.
Click to expand... 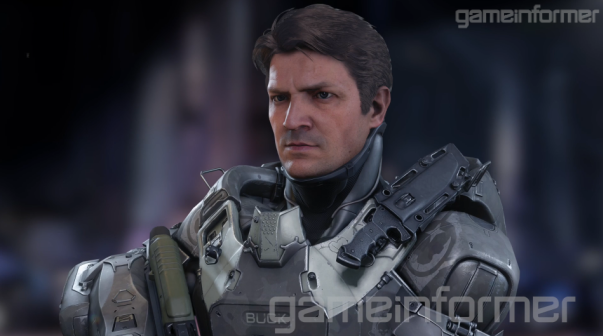 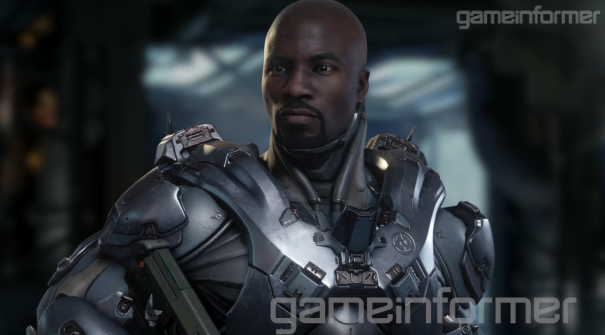 I'm guessing from the story that Linda will likely start out with a Sniper rifle, and maybe some other tidbits that throws some homage back to their unique characteristics as spartans. Maybe Kelly gets the 110% speed, lol.

Still don't quite get the whole Locke chasing down MC aspect, and I imagine people will be leery of that given how well the Arbiter was received in 2, but I suppose we'll have to wait and see.

Buck :O
In the trailer on the website
T

that sounds so fucking rad

Give it to me.gif.
E 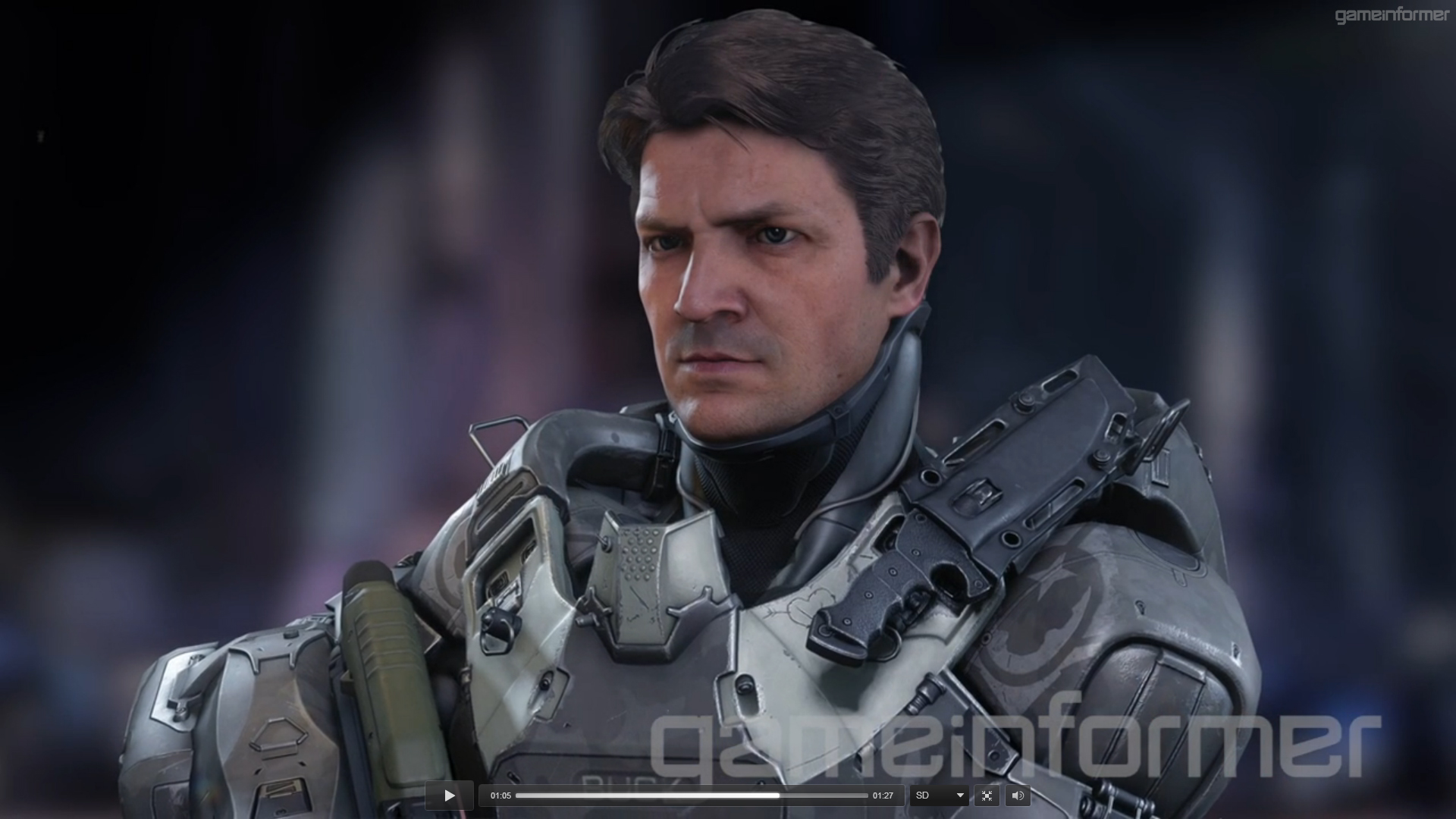 Like the sounds of dedicated in-fiction groups of characters instead of multiple instances of MC, as has been standard since the beginning. So, from the description, eight Spartan characters for two different playthroughs or sides to a campaign?
B

OH SHIT
You must log in or register to reply here.

Jun 13, 2021 started KyoZz
Jun 14, 2021
TheShocker
343 Needs To Cut the Master Chief Sago Loose and Explore Other Stories in the Universe