Games with lesser known/literally who, voice actors whom you thought did a decent job.

Also, I know people prefer the original silent hill 2/3 voices over the ones in the Hd collection, James's VA was just a businessman who took his daughter to the casting auction of Silent Hill 2
Reactions: TheGreatYosh

This guy called AJ Locascio voiced Marty McFly for Telltale's Back to the Future (which by the way is basically the fourth movie), and he sounded so perfect for the role that it's criminal.
Here's the ending, for those who aren't worried about spoilers

the sports duo in 2k football.

One guys was like a voice actor and another I think a no-name actor, but paired together as Dan Stevens and Peter Okeefe these two were awesome.

I don’t know if either of these guys even knew much about football.

Better than any real life sports commentators..... although Matt Vasgersion from MLB is second best. Most of the rest of sports games have trash play by play.
Last edited: Feb 26, 2020
Reactions: EverydayBeast and TheGreatYosh

Casey Sanders as Ben McCall in CoJ: The Cartel. So cheesy yet so good.

The voice actors of Cain, Big Bo and Rachel of Binary Domain were amazing.

Until Dawn. The one that played Jess did a great job.

I thought the original voice actors for Resident Evil on PS1 did a bang up job.
Reactions: TheGreatYosh

Casey Sanders as Ben McCall in CoJ: The Cartel. So cheesy yet so good.

The_Berserker_Armor said:
I meant more lesser known voice actors.
Click to expand...
Well, I guess, I did not play along side this thread rules, must got distracted. Well...it's already posted.

Great voice actors seems to be one of Dragon Ball Z's appealing factors.

Children of Morta narrator is great.

Was literally his first ever gig:

The voice actors in Rule of Rose, the lead, Jo Wyatt, can more recently be heard as Ciri in the Witcher 3, there's also Christopher Fairbank who is the guy Michael Keaton said "I'm Batman" to and was also in Guardians of The Galaxy.

There's also the similar Haunting Ground which featured Moira Quirk, who was the referee on the Nickelodeon game show GUTS and Robin Atkin Downes, who was Kaz in Metal gear Solid 5.

All the original voices in Borne, Sekiro, and every Souls. A perfect job, not just decent.
C

Tommie Earl Jenkins as Die Hardman in Death Stranding. For those who have beat it, they know what I’m talking about.

I’m going to use this opportunity to sing the praises of Samuel Witwer as Deacon St. John.

Days Gone has numerous problems, some narratively. But the character of Deacon and his voice actor were exceptionally good, enough to serve a sufficient hookto keep going through the doldrums of an otherwise bloated game.

We could fill this list up with actors from the Rockstar Games library after the Housers announced they wouldn't hire top Hollywood talent for their games after GTA: Vice City. This is proof that you don't need a big Hollywood actor for a good performance.

I mean, would you known who the following people are if not for the fact they appeared in Rockstar title? 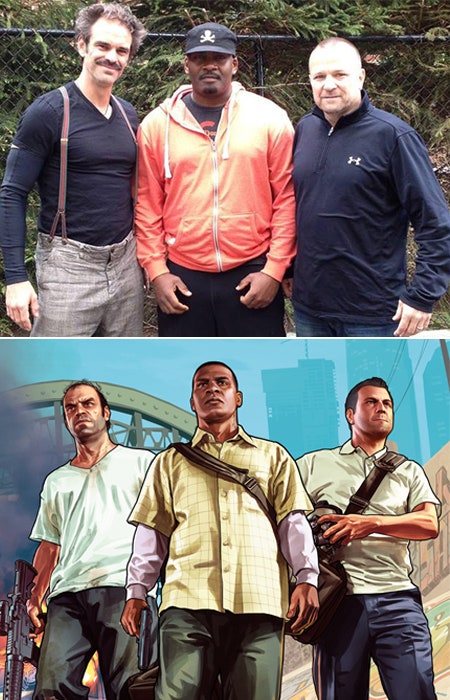 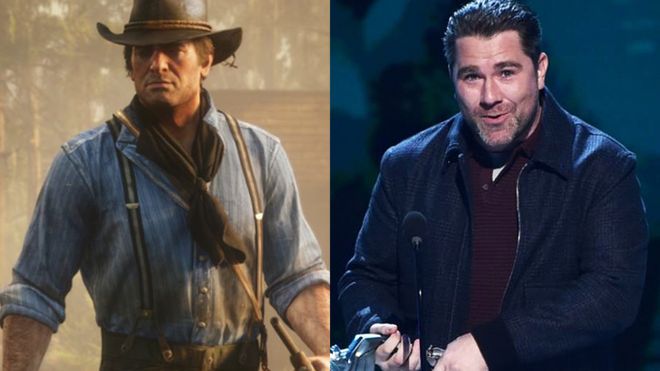 The entire cast of FF12 and Xenoblade 1

Okay, anyone here remember the announcer for the original Unreal Tournament?
Head Shot!
Double Kill!
Rampage!
Unstopable!
I dunno who he was, but he deserves hall of fame recognition. He just nailed it, his voice was perfect for that job.
A

Cravis said:
Tommie Earl Jenkins as Die Hardman in Death Stranding. For those who have beat it, they know what I’m talking about.
Click to expand...
That was God tier work, if I'm being honest. It caught me completely off guard, and was a true moment for the medium as a whole.
Reactions: Cravis

The game that's a prequel to the Shadow Hearts series, it has a bunch of lesser-knowns with one actess who was in a Disney channel original movie
Doomguy's unused voice: it sounds demented, haunted. and unsettling. It's possible that it's Caleb from Blood's VA doing the voice. or it's a gamedev doing the voice role
You must log in or register to reply here.
Share:
Facebook Twitter Reddit Email Link
Top Bottom