This year will be the biggest yet for LEGO videogames with these incredible titles and several firsts for the series, said Tom Stone, Managing Director, TT Games. TT Games are crafting humorous LEGO adventures, based on new stories and characters across some of the most well-known and iconic worlds.

The upcoming LEGO videogame titles are:

LEGO Ninjago: Shadow of Ronin
The popular LEGO Ninjago franchise gets its most expansive adventure to date in LEGO Ninjago: Shadow of Ronin. The latest LEGO handheld game delivers an untold story of the LEGO Ninjago: Masters of Spinjitzu TV show. Using their Spinjitzu abilities, players can unleash their Ninjas elemental power to smash their way through enemies and solve puzzles. Developed by TT Fusion, a subsidiary of TT Games, the game comes to the Nintendo 3DS handheld system and the PlayStation®Vita handheld entertainment system on March 24, 2015.

The LEGO Movie Videogame
The LEGO Movie Videogame for iPhone, iPad and iPod touch follows Emmet, an average, rule-following citizen, who is mistakenly identified as the key to saving the world. In the game, players guide Emmet as he is drafted into a fellowship of strangers on an epic quest to stop an evil tyrant, a journey for which Emmet is hopelessly and hilariously underprepared. With a delightful mix of over 90 characters from the feature film, including Batman, Superman and the Green Ninja, The LEGO Movie Videogame leads gamers on a journey through fantastical worlds in 45 exciting levels. Developed by TT Games, the mobile game is now available on the App Store.

LEGO Batman: Beyond Gotham
In LEGO Batman: Beyond Gotham for mobile devices, the Caped Crusader joins forces with the Super Heroes of the DC Comics universe and blasts off to outer space to stop the evil Brainiac from destroying Earth. Players will unlock and play as their favorite DC Comics characters, including members of the Justice League and the Legion of Doom, and explore iconic locations such as the Hall of Justice, the Batcave and the Justice League Watchtower. Developed by TT Games, the mobile game will be available this summer.

I mean I'm a fan of the Jurassic franchise but LEGO games are so overdone now. Hope World turns decent.

I wonder why they've shyed away from their typical trilogy setup though.
F

I don't want to
C

I know I'm hoping in vain but I'd love it if the Vita version of Avengers was a port of the console version and not the mobile one like the last Lego Marvel game.
C

The Lego games have done pretty well on the Vita since they bothered to make Vita versions of them even though they're not ports of the console versions.
N

I mean, this was kinda inevitable once we all realized how much we wanted this to be real. 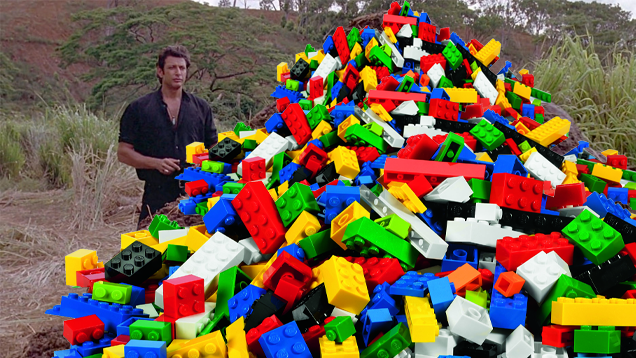 http://www.neogaf.com/forum/showthread.php?t=981743
You must log in or register to reply here.

Exclusive: 2K has secured the Lego licence for a range of sports games
Opinion News