You may know him as that guy who made PS4, but in many ways Mark Cerny is more than just the lead system architect who built that black box  he is PlayStation. A Sony consultant for over a decade, hes responsible for giving Insomniac and Naughty Dog their first breaks, and has been involved in everything from Spyro and Crash Bandicoot, to God Of War and Resistance.

Mark Cerny interview
Leon Hurley: In your keynote, you mentioned personally researching the x86 processor. When did that begin? Was it the origin of PS4?

Mark Cerny: I and a number of others, particularly [Sony]s internal technologies teams, were involved from summer 07  in the sense of doing a post-mortem on PS3. Actual work on PS4 didnt start until 2008.

LH: So what was the next step after deciding the x86 was going to be the thing?

MC: I wasnt deciding whether the x86 would be the chip. I was trying to work out
whether it would be an option. If your only option is the Power PC, its very restrictive in terms of hardware vendors. If you can also use the x86, you can talk to anyone out there who makes technology.

LH: What were people saying about the x86?

MC: Because of its very long history, the x86 is rather complex. You can run code today that was written for the original chip in 1978. They just kept adding things for [over 30] years. If you read an x86 manual, it takes pages to explain all the different ways that you can move data from one register to another, based on all the additions to the architecture over the years. Its a bit overwhelming from that perspective. Also, it gets very technical. Its a CISC architecture rather than RISC architecture. There was definitely a first-party voice that said [the x86] probably couldnt be used in a games PS4 console disk drive.

LH: How did you address that?

MC: The first real interaction that we had with the game teams was talking to first-party about the x86 and explaining why we felt that finally it was useable in a console. We made 15 separate presentations. We went from morning to mid-afternoon going through how we felt the time had come. We knew we needed to show that our dedication and our concern was just as high as the game teams. The presentation we did was so long that one of the teams was stranded on the tarmac for five hours, and they still arrived before we finished going through all the materials we prepared.

LH: In terms of PS4s tech, what do you think will have the most immediate impact?

MC: Accessibility. We have 140 titles in development right now, [because] its very easy to make games for the system. [In that respect] things are pretty much how they were in the PS1 days. Then over the next few years, as programmers get the chance to dig deeper, [youll see] improvements in graphics and simulation as PS4s secrets are unlocked. That will happen because we did extensive customisation of the GPU in PS4.

LH: You say unlocking the secrets  does that mean devs mastering the tech, or discovering things they had no idea were in there initially?

MC: Because the architecture is fixed  like any console  developers get the chance to get very familiar with it, in a way they wouldnt with some PCs. We will see that, just as weve seen with every previous generation. They will also see the improvements weve made with the GPU in areas such as asynchronous fine-grain compute.

LH: PS4 is minimalistic in terms of ports, at least compared to PS3. Is that Sony being more economical, or theyre simply all you need?

MC: What else would there be?

MC: It had SD card and memory stick [slots].

LH: I was just surprised PS4 is so minimal.

MC: It has what we think it needs.

LH: Fair enough. When you first discussed PS4 with developers, what was the most surprising piece of feedback you received?

MC: The most surprising feedback I got was [that they wanted] unified memory. I had not expected that to be the number one request from developers  [even] PS2 didnt have unified memory, if you go back that far.

LH: What is the benefit?

LH:Its speed of development, and its flexibility. The way it works on PS3 is that the graphical assets go into one pool of memory and your programmatic assets tend to go in another. The memory is divided equally, and your graphics assets might not be half of what you have. So generally, when youre using memory that isnt unified like that, you end up having to do a lot of shuffling between the pools to make your game work.

LH: Initially building PS4  or indeed any console  I presume its a load of circuits and other bits on a table. What forms the box?

MC: What youre doing is designing a very large custom chip board  in our case, two. That process is almost like writing a program. Chips are compiled these days. After several years of doing that, you finally get your custom chip back from the foundry and then you build prototype hardware that can look like anything. It can look like a PC; it can look like a lunchbox on your desk

LH: So its not all bulldog clips and loose wires

MC: No. I mean, the very first prototypes tend to be larger, as form factor isnt that important. So the hardware team might have some massive board with some chips plugged into it. But by the time any developer sees it, its [nothing like that].

LH: PS Vita combining with PS4 makes a lot more sense than it did with PS3. Was that the intention when the handheld was originally designed?

MC: Thats a very hard question to answer. Vita was designed in the same rough period of time as PS3. And clearly we knew that Remote Play was an important part of the PlayStation ecosystem when we designed Vita.

MC: The most important thing is that its the most powerful games console ever created.

LH: PS3 has lasted seven years and counting. Do you expect a similar life cycle from PS4?

MC: It looks pretty healthy to me. The PS4 cycle will be pretty much like the PS3 cycle.

LH: To what extent do you try to predict the future when launching a console such as this?

MC: We very intentionally put in a lot of features for developers to use in the years of the console lifetime. The launch titles are not likely to use them  theyre likely to use the hardware in a straightforward way. Then, over time, SPUs not used much by launch titles get progressively [integrated], to the point where something like The Last Of Us saturates them. Youll see the same kind of adoption of more sophisticated techniques during PS4s life cycle.

Knack PS4 screensLH: You led development on Knack. Is that the most directly involved youve been with a single game of late?

MC: In the PS3 generation I was on the first Uncharted, Ratchet & Clank: Tools Of Destruction, God Of War 3, Killzone 3, and Resistance 1 and 2. But as a part-time consultant on those games, it was very hard to come in externally and do something significant for each. Whereas on Crash Bandicoot 2, I essentially laid out the entire game  if you picked up an apple, I put that apple there, pretty much. I did that as a part-timer. In the modern era, you have very talented full-time designers  several of them. I ended up doing things like usability testing, or script doctoring, or trying to optimise the shader code.

LH: Where did the idea for Knacks fragmented body come from?

MC: The original concept was that we wanted [to appeal to] two audiences. We wanted the feeling of nostalgia, but also something for the light gamers  something where pretty much anybody could pick it up and play it, regardless of whether they played games regularly or not. I think its nice if there are games that are that accessible on the easy setting. As far as the character goes, we were looking for an international audience. If you have a character like we used to make back in the day ­ Crash, Jak, Ratchet, Spyro, Sonic  those tend to look like American characters, or Japanese characters. They have a country of origin. That means that in some countries its going to feel like something foreign coming in. We wanted something that was a bit more international in feel. So we thought, Hey lets have a character thats really a special effect. Lets have a character that can pick up things from the environment and grow. As it turns out, that was quite difficult to implement. It took about a year and a half to get from that concept to the character of Knack you see today.

LH: You mention games like Uncharted and Resistance, and indeed youve been involved with PlayStation throughout your career. Which moments stand out as personal highlights?

MC: For me, there was this very fun time when we had Crash Bandicoot and Parappa The Rapper coming out at the same time, and while they werent official mascots, they were being used internationally to express the fun of PS1. That was a very special time. A lot of what I think about on the hardware side [when it comes to] the games is how to bring some of that feeling back to PlayStation  without moving away from the core titles that people love, such as Assassins Creed.
Click to expand...

Come into thread about Cerny, complains about thread being about Cerny.

I enjoyed that read. He bring a lot of technical knowledge and not fluff.
T

LiquidMetal14 said:
I enjoyed that read. He bring a lot of technical knowledge and not fluff.
Click to expand...

same for me, always a good read
B 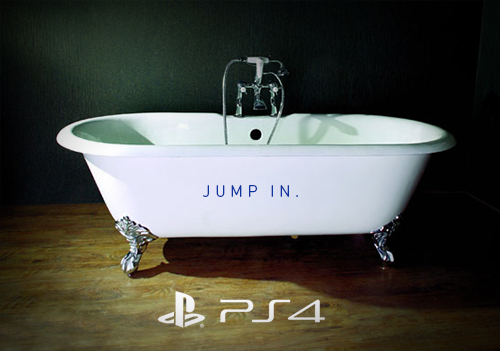 MC: The most important thing is that its the most powerful games console ever created.
Click to expand...

They are really hammering this point now. At E3 Tretton said they didn't have to worry about that with the DRM situation and price but you can see that they mention this all the time recently

MC: In the PS3 generation I was on the first Uncharted, Ratchet & Clank: Tools Of Destruction, God Of War 3, Killzone 3, and Resistance 1 and 2.
Click to expand...

Had no idea he worked on all of these.
C

Knack has such an awful main character. If it was a cartoony animal it would have had a lot more appeal.
T

I like to have more Cerny discussion like the rest of you but sadly there is a thread for this
http://www.neogaf.com/forum/showthread.php?t=678997&highlight=

LiquidMetal14 said:
I enjoyed that read. He bring a lot of technical knowledge and not fluff.
Click to expand...

i must have missed that point.


nobody is mentioning the following point, which i find obscure.
is it that important for casuals?

MC: The most important thing is that its the most powerful games console ever created.
Click to expand...

Was the wait for Crash Bandicoot 4 worth it, and would you recommend buying it now?