-Arcadia- said:
While I do agree that some Gaffers are too quick to make a judgement without evidence, could you tone down your gayness?
Click to expand...

The dial is broken. I run maxed out bruh.

Kamina said:
In what world is such a trivial thing justification to make someone a millionaire?
Click to expand...

Land of the free, be what you wanne be. It probably works even if you just identify as multi-mmillionaire.

Azurro said:
Jesus, he gets 10 million just for being gay? Fuuuuck, can I have a gender fluid moment, wait until someone says something mean, cash in and then go back to my usual self? Could be a nice retirement plan.
Click to expand...

Well, no, he got 10 million for being discriminated against for his sexuality, but please continue to boil it down to "just for being gay."

Prior to going to trial last year, Wildhaber and his lawyers offered to settle the case for $850,000 plus an immediate promotion of Wildhaber to lieutenant, according to a timeline of the case released by Page's office. Steve Stenger, the previous St. Louis County Executive, ignored the offer, according to the timeline.

Stenger was later indicted on federal charges in a pay-for-play scandal. He pleaded guilty in August to charges of bribery, mail fraud and depriving citizens of honest services of a public official and sentenced to 46 months in prison.
Click to expand...

I understand it's difficult for some people to pass up on a good narrative.

The best thing about this story is how some scumbag police chief turned out to be as dirty as they come. Good riddance.

I know guys that have lost arms and legs during work and got jack shit with a cherry on top. This man is a fiend. Nobody would want to work with him and for good reason.
S

I can't believe this is real. Only because this happened in fucking Missouri and not California.
G

Stilton Disco said:
$10m seems a bit of a ridiculous payout for what should have been a sincere apology and covering the cost of legal fees/lost pay, but I would definitely have been pissed off and kicked up a stink if I'd been told to 'tone down my straightness'.
Click to expand...

The guy offered to settle for 850k and a promotion which is essentially legal fees. 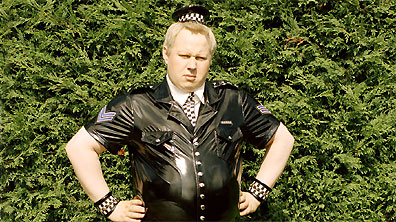 Doom85 said:
As a previous poster already stated, it's to make it clear the consequences are significant. If the fine is much smaller, then it doesn't send much of a message that this kind of discriminatory behavior is unacceptable in the work force. But $10 million, now that's a mother-fucking wake-up call.
Click to expand...

Well in the end it's just tax money they pay, so I'm not sure if the people involved in this, have learned a lesson.

So much fucking money just because of that? In Germany this would be absolutely impossible. But on the other hand, people here seem more sane to me than the typical US population, no offense.
S

H4ze said:
So much fucking money just because of that? In Germany this would be absolutely impossible. But on the other hand, people here seem more sane to me than the typical US population, no offense.
Click to expand...

Call a Black guy the N word, get no money or a few hundred thousand at best. Gay guy gets $20 million win and $10 million dollar settlement. This isn't an isolated incident this usually happens all the time on average with some exceptions.

I don't even see how this was bad, is there a reason why he can't just not act like his life style needs to be pushed to the front, he's a damn police officer in Missouri, and a switching man going up to a guy built like Mr.T ain't exactly a good combo, call me crazy but that looks lopsided.

This guy gets $10 million and the guy who was suffering racial harrasment at his job, reported it to his boss and had his boss collude with the police chief to get him arrested on trumped up charges gets a fraction of this. Seems out of whack.

And that's bad because of..?
You must log in or register to reply here.

Priest gets 60 days in jail for bubble-wrapping boy