Every once in a while, you come across a mod for a game that is so unrelentingly absurd that you wonder how nobody made it sooner. If you’re familiar with randomizers in something like Pokemon, you know how weird the game can get when they’re used, and New Vegas is no exception. Can You Beat Fallout: New Vegas If It’s Randomized To F*cking Hell?

This is, without a doubt, my favorite mod of all time for Fallout New Vegas. It was probably the most fun I’d had playing New Vegas since my first playthrough. Before we dive nose first into the madness, I need to prepare you for what you’re going to see. I’ll take you through 3 events that happened in this playthrough that, in any other video, would’ve been one of the stand-out moments, but here, they’re ordinary. They’re a single injury in a thousand car pileup on a bridge that’s about to get hit by a tsunami on a planet being sucked into a black hole in a universe that’s just a simulation controlled by beings who are bored and about to reset and start it over again.

First example. After a harrowing journey through the bowels of a randomized hell, I made my way to the Strip where I saw the entrance guarded by the usual assortment of robots and just before I’m about to start blowing them all away, this dressed like the Lone Wanderer from Fallout 3 sprints towards the gate and gets killed. Next example, I was running towards the Strip, minding my own business, when I see Victor in the distance. I thought I’d be nice and say Howdy. I walk up to him, press E, he immediately goes hostile. It wasn’t Victor, it was some hostile wasteland creature disguised as Victor. The third thing, you’d need to see to believe. the Mr House performing in front of the curtain was literally a Brahmin’s ass.

By now, you’re probably wondering what kind of a mod this is. Well, this is the Fallout New Vegas Randomizer, and it’s stupendous. I’’ll walk you through what it does. NPC heights are random, their inventory, armor, and weapons are random. The contents of most containers are random. Your starting stats are random. Inventories for most merchants are random. The creatures that spawn throughout the wasteland are all random as are their sizes. The weather is random. If there’s one mod you play in your life, make it be this one, it’s amazing.

Okay, I think we’re ready to get started with the real game now. Into the game, the first thing I noticed was how large and laid back Doc Mitchell is, it’s unsettling, but if that bothers you you’re gonna have enough aneurysms throughout this video to wipe out your entire bloodline spanning back to the beginning of time. I left my SPECIAL stats random because it’s a set-up I’d never really use, took my seat, went with Barter, Lockpick, Medicine, Skilled, and Wild Wasteland as my Skills and Traits, got my shit back, and went outside to find Victor. At first I was sad, he was nowhere to be found, then I realized that he was just the littlest rat.
Reactions: hybrid_birth

The ultimate fallout challenge. When you hear the toot toot... Run. 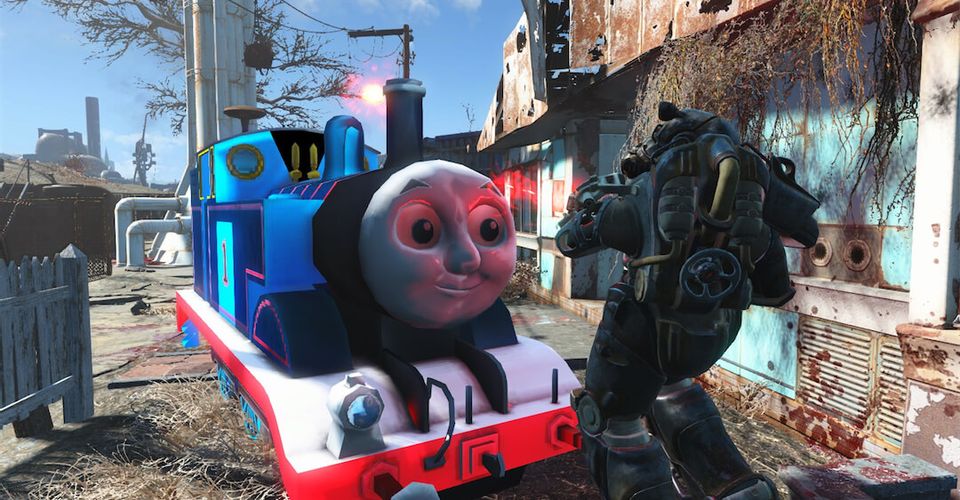 Reactions: IbizaPocholo
You must log in or register to reply here.