MSX2 as a console - A general guidance thread

General info:
MSX project started in the 1980s by Microsoft Japan. MSX tried to become a sort of open platform such as the VHS format. A hybrid computer/console that had several manufacturers building them and all hardware and software was compatible with MSX products from different manufacturers. Before the NES and Nintendo took over, the MSX was the biggest platform for Japanese studios.

But can i just get an emulator and run all the games comfortably on my PC?
NO, YOU ARE A DISGRACE!

I want an MSX console for games, what to get?!
Well, getting a working MSX can be a little tricky and a basic working MSX2 unit costs around 200$ on eBay(+shipping) And most of them don't come with any connectors or power adapters. Also you want to get a unit with at least 128kB of RAM, even more is better. Getting a music cartridge mentioned here in Accessories is also a big plus for sound. And get one that has both the Cartridge slot, and a Floppy disk drive for maximum game compatibility. Your best bet at this moment is hit eBay or MSX.org trade-forum, and search with a manufacturer name and MSX2.

A recommended base model is the Philips NMS 8245 as it has all necessary features for proper gaming.

Yes! I got an MSX, what games should i get?
Allright! Games on cartridges go from around 5$ to 500$. There exists over a thousand games so there is a lot to choose from. Read this thread for all top tips on the best games. MSX games were not mass produced like NES titles, so the good ones can be expensive.

Games:
Games come as cartridges or floppy disks. Very few titles released as a smaller, BeeCard -cartridge. The cartridge slot is built in on all MSX units. Floppy disk drives are not built in on all MSX units and can be bought separately. Aim for the MSX2 versions of games if they made one. The MSX(1) versions will be less colorful/simpler. Games have no region codes* so go wild with japanese releases. (But do keep in mind the 50Hz/60Hz settings if you use an older monitor to play) Keep in mind that cartridge games are normally fine, but with floppy disk games time and use takes it's toll so they might not work, buy games that are marked "Tested, works". *The Japanese version of Metal Gear being the only exception, it only works on Japanese machines.

20 Games to consider getting for the MSX:
http://www.youtube.com/watch?v=XmjKRfgeARo
Read this thread for all GAF Game Recommendations!

Accessories:
The FMPac is a similar sound chip as is in the Japanese Master System. Many games use it, and the cartridge is not expensive. Mind you, MSX2+ and TurboR models have it in the board.
MSX-MUSIC, MSX-AUDIO and Moonsound music cartridges are a nice extra, but only for games made by the MSX scene. For commercially released games you'd never need them. These also enable you to listen to some rocking .midi and .mod music! Some of the last games require GFX9000 graphics card.


Controllers:
Getting a working MSX branded controller is a big pain in the ass. There are some Toshiba and Casio sticks but they are very rare, atleast functional/new ones. But you should be able to find a joystick called "The Arcade" more easily as it's of universal design, works with Amiga too etc. The MSX uses the standard 9-pin port so most Amiga/C64/Sega controllers do connect but the pins are in a different order, so don't go there unless you are handy with a soldering iron! A good modding guide to gamepads can be found here: http://www.msx.org/wiki/How_to_get_joypad_for_MSX . You can use the arrow/numpad/joystick/dpad that is integrated on most machines though.


You can check a full list of MSX compatible computers here: http://en.wikipedia.org/wiki/List_of_MSX_compatible_computers
Need more in-depth info or guides? Read it all up here in the MSX.org FAQ: http://www.msx.org/wiki/MSX_FAQ

Generally a lot of MSX stuff can be found from http://www.msx.org/


Any general advice and MSX talk is also appreciated. This thread and OP will be updated along the way!
T

So many childhood memories.
Get an MSX2 with cartridge slot and floppy drive.

Yeah it seems there is not a lot of knowledge on this online in a precise location. I'll look into this and report my findings here for everyone else that's interested in getting a working MSX for gaming.

Is the floppy drive something to consider? Aren't all games available as carts?
A

Noisepurge said:
Yeah it seems there is not a lot of knowledge on this online in a precise location. I'll look into this and report my findings here for everyone else that's interested in getting a working MSX for gaming.

Is the floppy drive something to consider? Aren't all games available as carts?
Click to expand...

No, not all games are available on carts at all. You need a floppy drive.

I'm on my phone right now, so not in a good position to do an in-depth reply here, but I will when I get home. I grew up with these computers so hopefully I can be of help.
N

Aeana said:
I grew up with these computers so hopefully I can be of help.
Click to expand...

Nice! i remember seeing a unit at my neighbors house when i was a kid but all these were quickly replaced my NES's and so on. I myself was an Amiga guy, still have 3 working A500 units operational.

Id like to gather some information here regarding controllers, manufacturer differences on MSX models and what are the absolute gems to play.
C

MSX2 Philips models may not be so expensive. In general, prices of all things MSX have gone too high these days.

My suggestion: get a MSX2 with at least 128Kb RAM (different from 128Kb VRAM). Almost all japanese MSX models have only 64KB RAM (like the OP one), unless they have some internal modification.

Any MSX model you get, try to get one with a PC disk drive in it. Old MSX drives are going to hell after more than 20 years, but there are many models with that modification. You'll be grateful in that case.

Also, you should get the Megaflash SCC cartridge. It is wonderful, get it at msxcartridgeshop.com. It also includes the SCC chip to get the 8 music channels of many Konami Games.

And finally, you should get an FMPac, similar to the sound chip of the Japanese Master System. Many games use it, and the cartridge is not expensive. Mind you, MSX2+ and TurboR models have it in the board.

Try the trading forum of msx.org and retroclasificados.com
N

updated the OP with a load of info thanks for the tips, will keep building on this! Let me know if there are any glaring errors.
S

I had an MSX 2 - Yamaha. Really cool graphics package that was actually useable in a professional setting. Like a baby Amiga.
E

By the way, there are new MSX games. I just bought a new cartridge (2012) at Retromadrid, last weekend. Things like MSXdev (a games programming contest) have been great for MSX, and has given a big boost to the old backlog.
N

Updated the OP with new info! Thanks to the guys from msx.org, it seems that the Philips NMS 8245 is a solid MSX2 unit that has all the primary features you'd want from a gaming unit.

There were actual MSX based consoles released in Korea. 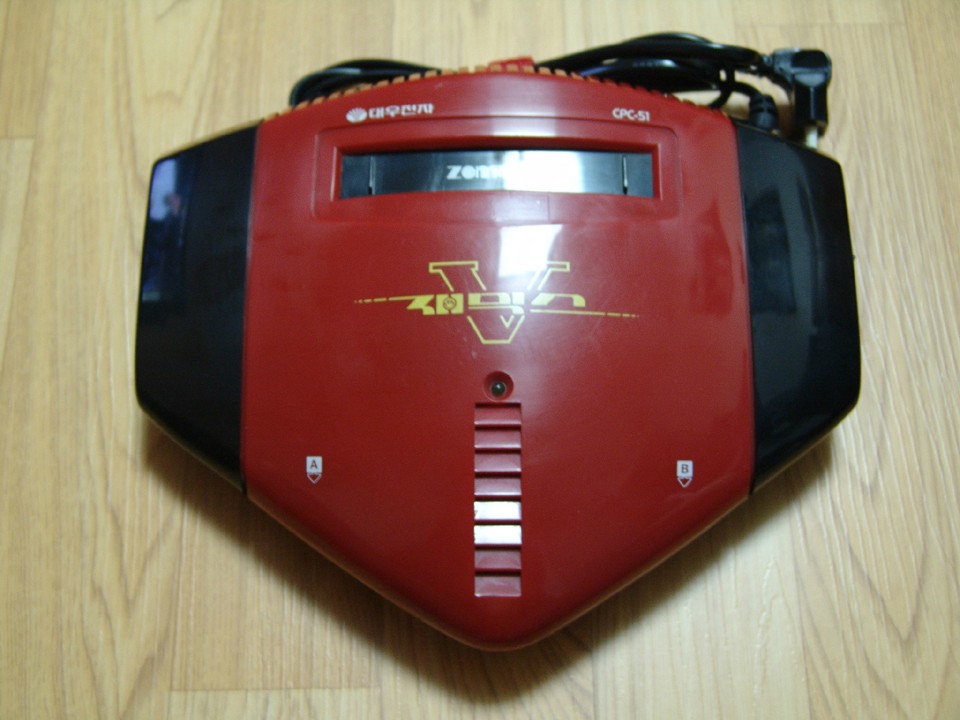 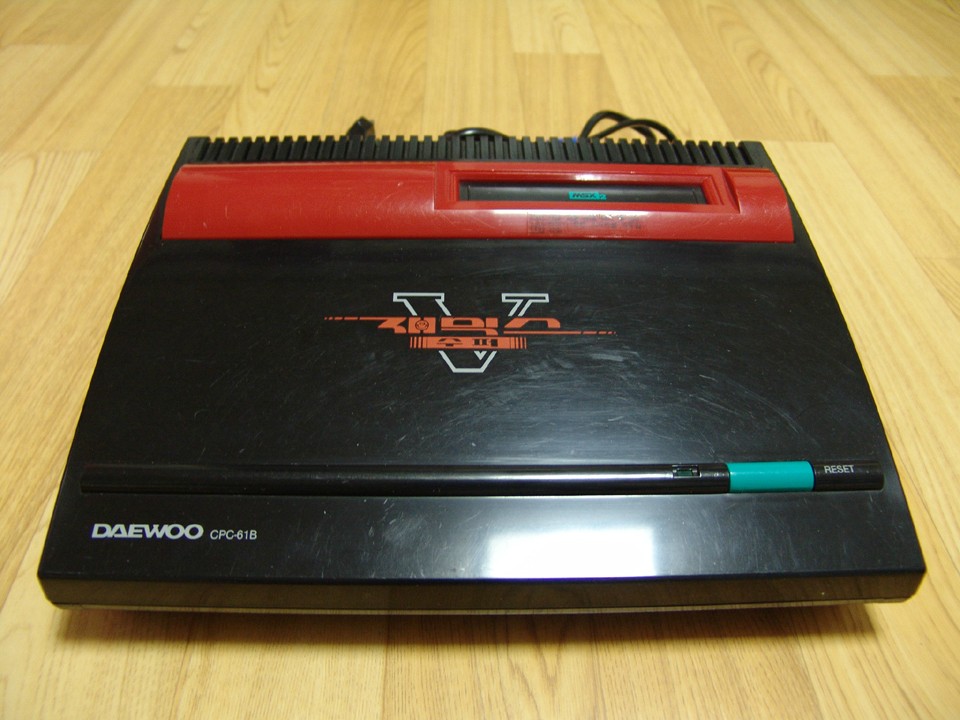 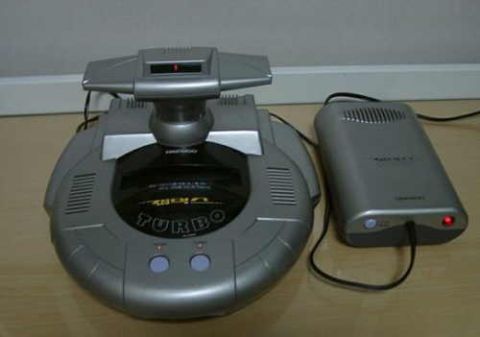 BKK said:
There were actual MSX based consoles released in Korea.

oh wow, it's like NES R.O.B combined with a shuttle PC-engine

Don't know about defining, but atleast it's a quick look on what people should consider getting for the MSX as a starting point.
G

But can the Philips NMS 8245 do RGB? I'm interested in getting one to try out MG1/2 and SD Snatcher.

The Satellite of Love

If you want an easy way to play a bunch of great MSX titles I highly recommend the Konami Antiques MSX collection for Saturn. That said, I'd love to own an actual MSX someday.
You must log in or register to reply here.

Jan 7, 2021 started Rikkori
Jun 1, 2021
Excess
Opinion Business Platform Sony's Blockbuster Focus Reminds Me Of Nintendo During N64, And That Could Be Disastrous (Or Perhaps Not)