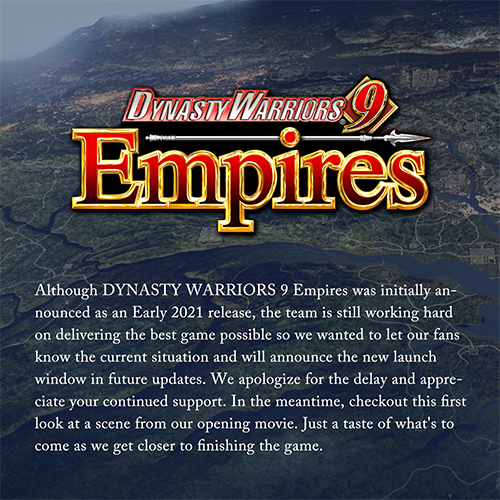 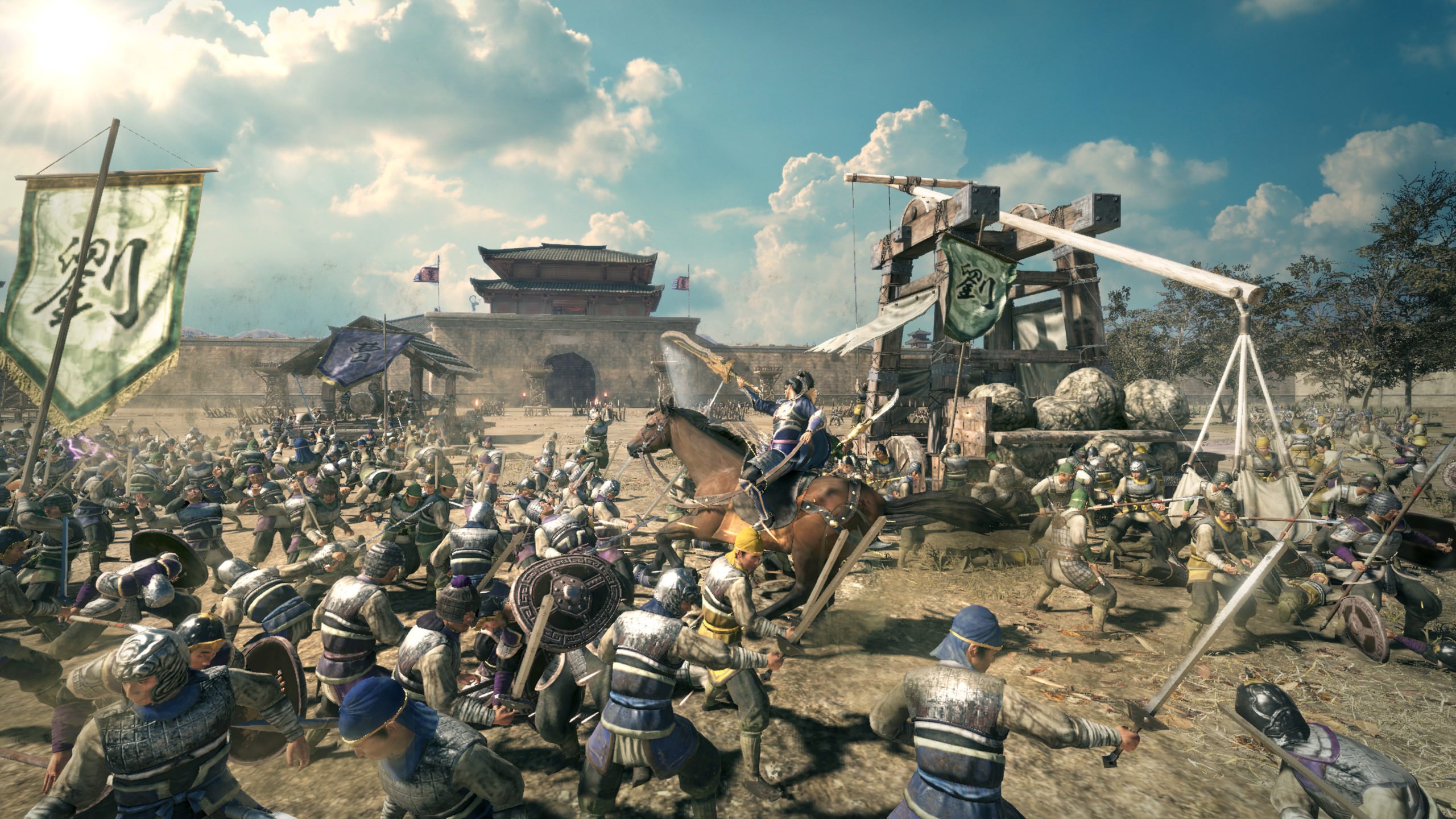 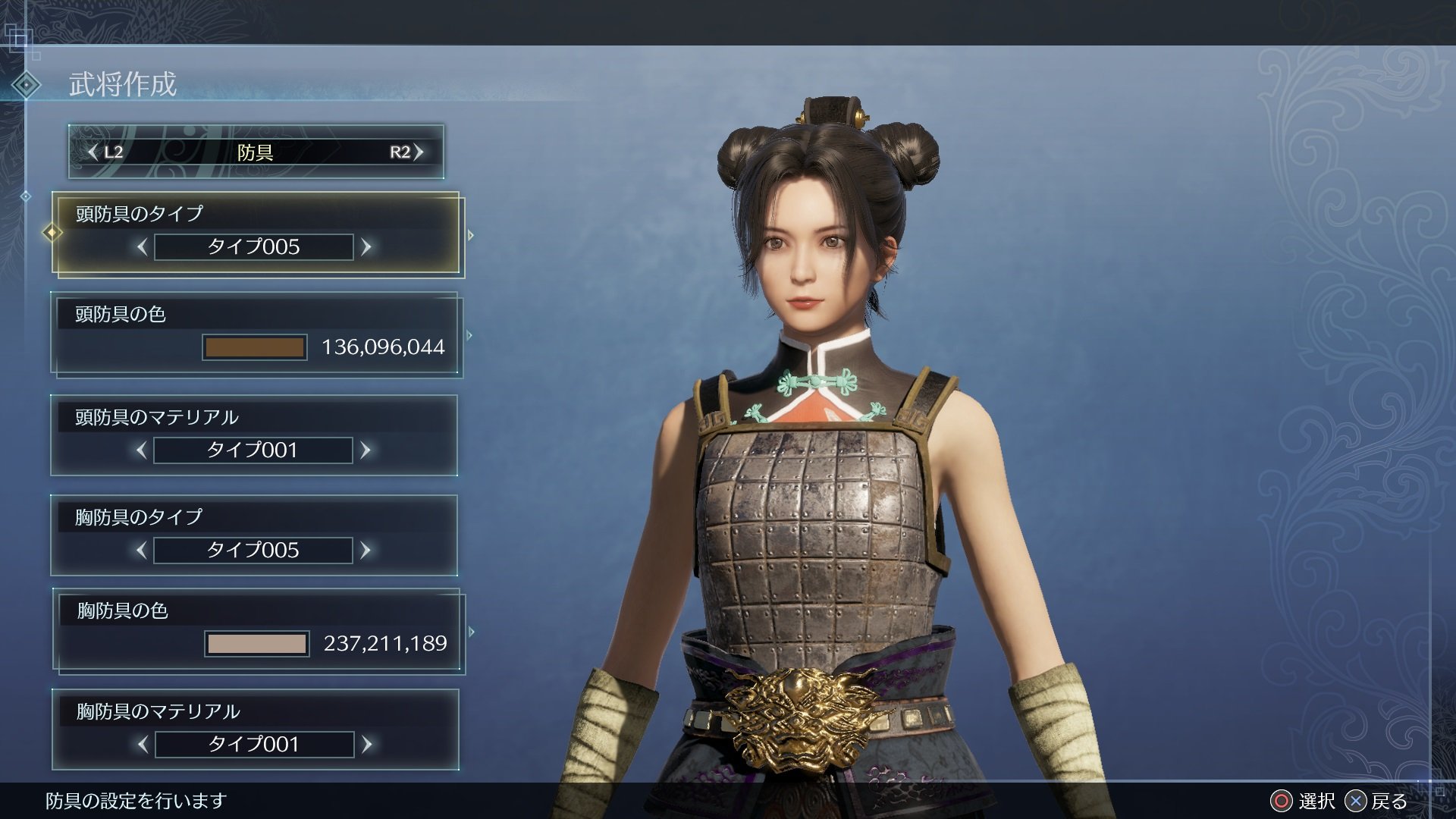 As a fan I'm disappointed to have to wait longer, and here are three reasons why I think this new entry will be the best Musou game yet:

2. It's an 'Empires' entry which means a compelling strategy game (not unlike the boardgame Risk) is overlaid upon the arcade action. Something for the mind as well as the thumbs.

3. It was to be the first Musou game on next gen systems. With so many combatants filling the screen, Musou games have often struggled with pop-in and framerate dips. On PS5 and XSX we have systems to finally do justice to the scale of the battlefields.

Hopefully the launch window wont be too far delayed - how do you feel about this game being pushed back?
Reactions: jaysius

waiting for the day when they are capable of putting hundreds of punching bags on the screen at the same time, that will really feel like an actual battlefield!

Bring us a new Dynasty Tactics you cowards!! I weep for a future where tactics/strategy games don't get greenlit because they wouldn't generate enough profit. Damn mobile gaming <yells at cloud>! 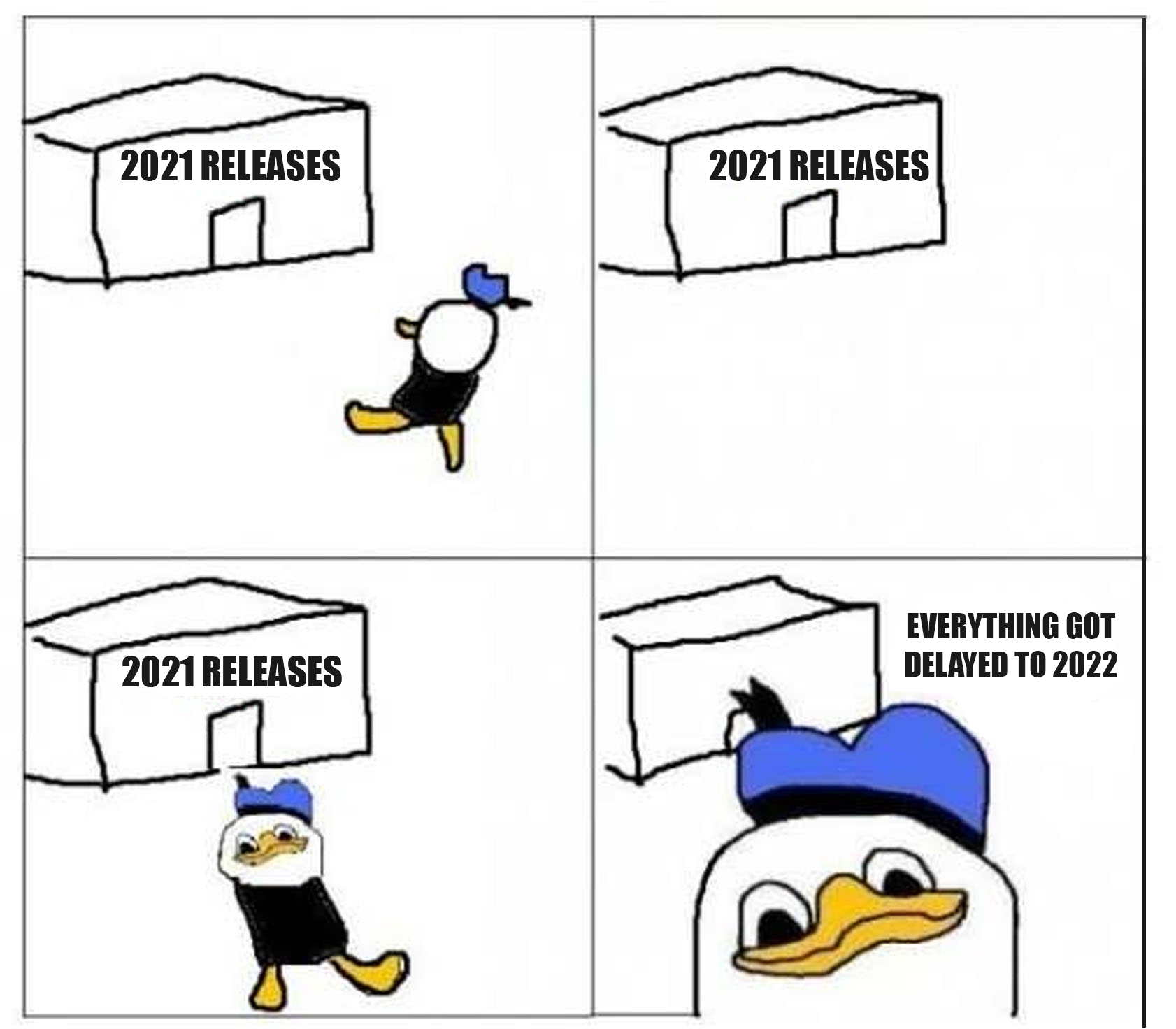 oh whatever will i do without another fucking warriors game ??

Reactions: Griffon, jaysius, Jurry132 and 5 others

KrakenIPA said:
Bring us a new Dynasty Tactics you cowards!! I weep for a future where tactics/strategy games don't get greenlit because they wouldn't generate enough profit. Damn mobile gaming <yells at cloud>!
Click to expand...

Spukc said:
oh whatever will i do without another fucking warriors game ??

Noooo! Anything other than another DW9 game... At least remaster the best DW game of all time. 3!
Reactions: Camreezie

I would kill for another Gundam DW game.

I’m not interested in the breaker titles.
Reactions: ShirAhava, Sakura, MigueelDnd and 1 other person

I thought Dynasty Warriors 10 was due out this year. There's two of them now?

This is the worst news I have heard all day

Spukc said:
oh whatever will i do without another fucking warriors game ??
Click to expand...

I guess play any of those Nintendo ripoffs.
Reactions: jaysius

That was actually from Genji, the giant enemy crab...

That was actually from Genji, the giant enemy crab...

"Attack its weak point for MASSIVE DAMAGE!"
Click to expand...

This is sad, but not surprising. With no new release date, things must be in a bit of a state, which is surprising considering Samurai Warriors isnt a million miles away.

I wonder whether it'd be best to push this back to the end of the year or even 2022. I can't see releasing two new warriors games back to back going down so well.

Also, as an aside, it would be awesome if there was some way of deincentivising shit posts like the ones in this thread. Getting through a bunch of assholes to discuss the topic at hand is bad enough when you're dodging console warriors, but in a thread specifically about a game series? There's no need for it.

Just makes the place look cluttered and stops people from wanting to post about the things they enjoy or care about.
Reactions: Matt_Fox

I hope they bring back the original VAs for this but I’m guessing they won’t for an “Empires” title.

DW9 was such a flaming pile of garbage although I appreciate trying new ideas. I think they realized they fucked up and that it was poorly received since it’s taken so long for a follow up.

Despite all the “too many Dynasty Warriors games!” memes, we really haven’t had anything good since DW8XL on PS4 in 2014?

Did Dynasty Warriors 9 improve much after launch? I played it for a half hour after launch and quit. It used to be my favorite series.
A

Potato Chip PRO said:
Noooo! Anything other than another DW9 game... At least remaster the best DW game of all time. 3!
Click to expand...

I don't get why 3 and 4 aren't available as a PS2 backwards compatible games. Would LOVE to play that split screen again!
Reactions: Matt_Fox and Goro Majima

So long ago and yet still funny.

The giant enemy crab meme will chase Sony forever.
Reactions: jaysius and AJUMP23
You must log in or register to reply here.