Thanks for your responses, I understand now.


I think the developers should have launch a survey to see the opinions of the people and the improvements ... It is the most feasible.

But it is unforgivable to insult your client.
Last edited: Aug 28, 2021

Heimdall_Xtreme said:
I dont understand the hate of this reboot.

It looks like the identity they leaned heavy into for SR3-4 is all but gone. SR3 in my opinion was the game that solidified saints row as the wacky , dumb fun, fast and furious bat shit open world game that didnt take itself serious. The new one looks like the characters are trying to be taken serious, and same goes for how they frame some of the action.

Also all the music cue's in that game were hilarious as well. IT WAS very self aware of what it was, and made fun of other games like GTA. I feel saints row embraced the ridiculous side of stuff and even made enemies characters super offensive and ridiculous on purpose to be hilarious. And it was, I would play that shit and laugh my ass off at some of the things the characters did and things you the player could do.

These new characters look way too real and also unrelatable in terms of saints row's identity which to me felt it was a game that made fun of a lot of pop culture in movies and games through it's ridiculous premise and cast of characters.

This new feels like the combat and all that is there with wacky stuff, but the offensive takes on enemies, bosses, and just your crew is gone. And it feels like they want to force you to like them.

Who point of saints row was to make a ridiculous player throught he creator that could be giant and buff like steroids freak with a English accent basically making it like Gui Richie film.

I see none of that stuff here outside of lighting/colors of the game looks similar to saints row.

I have never played Saints Row ... But it has caught my attention from previous games.

The Nintendo Switch ports are good? You recommend me to play the 3rd game?
Last edited: Aug 28, 2021

Saints No: Dweeb Made

i swear guys, the milk is spiked with Kahlua, just like my mommy likes it. 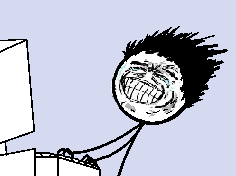 Volition is going to get raked over the coals in the coming months.

I'll never forget my overwhelming excitement for SR1. I must have played the demo a hundred times. Sad to see what they've done to my boy.

I had so much fun with the pimp slap playing with my friends online.

Pre-ordered a copy today at GameStop. No next gen version for Series X, so it's still $60 retail.

I heard there was a leaked gameplay video, but it does work on YouTube now. Anyone have a mirror?

The Infectious Paradox said:
I heard there was a leaked gameplay video, but it does work on YouTube now. Anyone have a mirror?

There's another on yt. Don't want to post bc it got block as soon as I posted

The Infectious Paradox said:
There's another on yt. Don't want to post bc it got block as soon as I posted
Click to expand...

For those who care, this just got delayed to August 2022.

This is one of three games (along with Elden Ring and Bayonetta 3) I'm looking forward to. I care.

I have it pre-ordered at GameStop. Probably just going to cancel and wait to pre-order closer to the release date.

This would have been my only February purchase lol. Forbidden West if I had a PS5.

I dont want to play as a queer.
You must log in or register to reply here.