Now that PS exclusives are going to PC, is it fair for, or should PS gamers be forced to pay for PS Plus to pay for MP funtionality of PS Exclusives?

As we all know soon a lot of PlayStation exclusives will be releasing on the PC platform (that is, Steam/EGS). As such this brings up the topic of subscription services like PlayStation Plus who force you to become a subscriber if you want to access the MP aspect of PS exclusives like Uncharted, MLB: The Show, Killzone, The Last of US etc. It's an artificial barrier made for the sole purpose of extracting more money out of consumers locked to the PS platforms.

The problem, to me, arises with these games releasing on PC without carrying the requirement to pay for PS Plus to access the MP component. In other words, Sony will not be gouging PC gamers with artificial barriers to play the full game, unlike PS gamers.

As such, it can no longer be that PS consumers are getting fair treatment by sticking to PS. No longer first class citizens.

In effect, the reward for being a gamer locked in the PlayStation ecosystem is the right to be gouged by Sony corporation with artificial, made up barriers. In other words, YOU making the conscious choice of rewarding Sony corporation with your money by first buying the hardware, and then buying the software is simply, unadulterated, plain gouging. It's even more laughable when you consider the fact that PS Gamers are Sony's most profitable consumer....since Sony has to pay Steam 30% royalty cut on software sold and the PC consumer is not exposed to the PS platform ecosystem for other products and services.

So my question to PS gamers, the hardcore and the like....

Are you OK with supporting Sony going forward knowing they're gouging you with artificial barriers for money? If Yes... how do you rationalize that in your head?
If you're not OK with it but still will continue to support Sony by being a PS gamer primarily for reasons..... will you at least be vocal about it? Cause no one likes being a sucker.... and you gotta be at least self aware you're getting played.
Are you simply switching to PC, and will no longer buy a PS5, or sell your PS5 given the news? What's your threshold for bullshit from suits like these days? Or are you simply stuck with Sony as a console gamer since the competition is no better (Xbox), you've outgrown Nintendo, and you don't like the PC platform? Is the tyranny of the duopoly market playing its ugly hand?

In other words....Give your take.

Now I know there are folk out there who will say.... "but but... I pay for PS Plus for more than just MP access... I get "free*" games monthly too". Well, that's great and all and clearly if you're OK with that, and you see value in it from that aspect you're clearly not the target of this thread. It's more oriented towards the folk who would rather not pay for the subscription service at all if MP access wasn't locked behind it artificially or who simply, on principle, don't like getting gouged blatantly straight in their face.

Xbox, its hardcore audience, and the Xbox casuals (who are often ill informed of options as are all casuals) have accepted this fact so I don't think this thread should be derailed about talks of the state of that platform (I would appreciate that talk be left out of the thread)... To me it's pretty much a forgone conclusion that the fight has long being over at the Phil Club.... specially with the brand trying to morph into an App now. I mean this is the same company that threw a trial balloon recently to see if they could get away with charging double for Xbox Live Gold for no god damn reason . The gamers who had major issues with these things either bailed from the Xbox brand to other greener pastures or sucked it up. Again, this thread is about PlayStation, the biggest console market player there is and how now the chickens have come home to roost in the form of Jim Ryan, Hermen Hulst and the new crew.

Now I don't think this thread would be needed if gaming "journalism" did its job (we would know the answers to all these contradictions from interviews) but then again journalism in the Western world has been a crisis for years. You don't end up with soaring income inequality with a properly functioning fourth state. Lemmings...

In my opinion, Jim is a short term revenue hungry muppet who's trying to do what he believes is best for himself, the shareholders and Sony (he's devaluing the brand - long term effect, not short term effect unlike short term revenue increases but that's another topic). If he can screw PS gamers, that's syphon money gratuitously without any backlash he'll do so in heartbeat. I believe he saw Phil and Xbox do it, saw little to "no backlash" (although I think losing 30-40m gamers this gen is enough quantifiable backlash to decisions made for the Xbox brand) and, like with PS Plus following the footsteps of Xbox Live Gold... Sony is simply abusing its market position by adopting the same gouging practices.... since the competition can't outflank them in that aspect.

But anyway what do you think? There will be a series of threads regarding such topics now that pandora's box is fully open.
P

Ps plus is more than online gaming barrier. No its not going away , useless to even talk about considering how much money they make

No one is forcing anyone to do anything, don't pay for online and wait 2-3 years to play the Playstation blockbuster you want on PC if they port it

answer is based only on thread title not reading all that 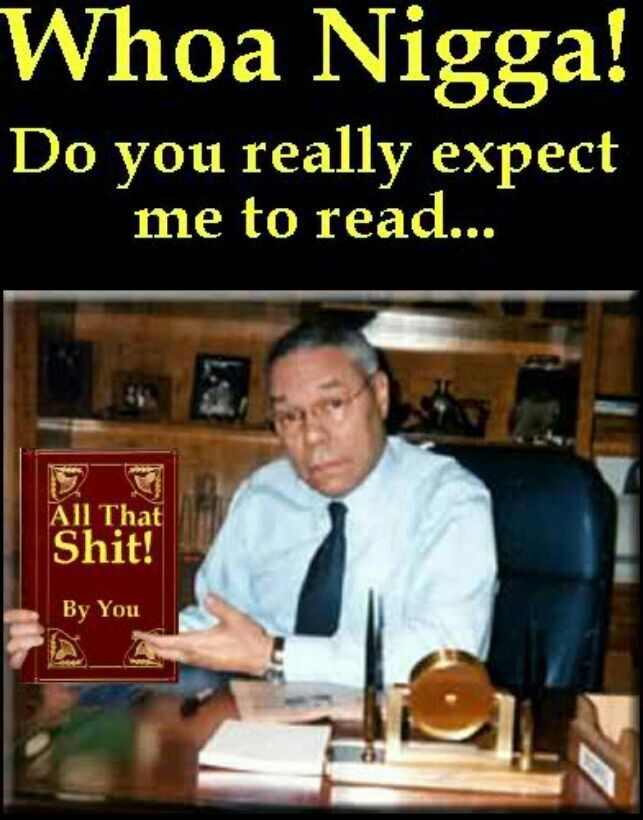 The online paywall is ridiculous and shouldn't have existed even before their games started coming to PC.

But we know who to thank for that being the now widely adopted industry standard. The whole thing is a mess now and these companies make far too much free money from it to quit.
Last edited: Feb 24, 2021

as far as i know no games they released on pc so far have multiplayer
so the question is more why would you pay for ps+ if exclusives are what you are on PS for ?
i have 20+ of them each gen and don't need to
Last edited: Feb 24, 2021

GHG said:
The online paywall is ridiculous and shouldn't have existed even before their games started coming to PC.

But we know who to thank for that being the now widely adopted industry standard. The whole thing is a mess now and these companies make far too much free money from it to quit.
Click to expand...

GHG said:
The online paywall is ridiculous and shouldn't have existed even before their games started coming to PC.

But we know who to thank for that being the now widely adopted industry standard. The whole thing is a mess now and these companies make far too much free money from it to quit.
Click to expand...

I completely agree it shouldn't have been before. Now it's way beyond blatant tho...

Sony itself is treatment consumers differently by going to PC. There are two standards of treatment now - from Sony themselves. It's milking its most loyal in a truly blatant way. They clearly hope to get no backlash too....hoping that the merry go around express of " everyone gets great games" virtue signaling firing squad shields them. And hec, their bets may not be unfounded - it's a calculated decision from their pov. I never underestimate stupidity.
Last edited: Feb 24, 2021

As you can see one of the crew is already triggered and we all know what happens when we speak openly about facts and truths. Let's just let everyone believe that we were being done a favour when online paywalls were introduced for console gaming.

I don't even play online. Ps plus actually saves me tons of money with extra discounts and the games per month that have been excellent lately.

Honestly, online should be free, Ps plus is great value on its own.

This is now a The Special One thread.

fan opening the check even when they copy competition bad practices ?
and blaming fan of other brand doing what they do too ?
we all know the fan strenght at boycott !
Last edited: Feb 24, 2021

Who is forcing anything?

I think a pushback against pay to play online is well justified, under all circumstances. Especially with crossplay where you no longer get the benefit of a cheat free environment.

It's a matter of fairness not forcing for the "witty smart"... now that I see a couple of those takes coming in quick fire forms. Clearly in the topic title, and the poll the question is about fairness. It's about fairness exactly because the easy escape goat would be... "no one's forcing you do it" takes... often used as a deflect (the intention), not out of true honesty.

You're forced to pay for PS Plus IF you want to enjoy the MP component of those games on PS platforms. That's the given. When Sony sells those games on PC, PC gamers don't have to make the choice of whether or not to pay extra for enjoying MP or not (they get access with no barriers). Is it fair or not? Can't get any more black and white.
Last edited: Feb 24, 2021
X

martino said:
fan opening the check even when they copy competition bad practices ?
and blaming fan of other brand doing what they do too ?
we all know the fan strenght at boycott !
Click to expand...

Bernd Lauert said:
This is now a The Special One thread.

Op Where's the logic in what you say?

Because Sony exclusives arrives to pc psplus should be removed? But why? These two things are not linked to each other.

Was it OK you had to pahly for online before ps games would come to PC?

The_Mike said:
Op Where's the logic in what you say?

Because Sony exclusives arrives to pc psplus should be removed? But why? These two things are not linked to each other.

Was it OK you had to pahly for online before ps games would come to PC?
Click to expand...

I wasn't okay with it but put with it - I was vocal about it. Before... Sony could hide behind MS doing it and since Sony stick to their closed platform.... all Sony consumers got treated the same. We know that's bullshit cover, but it was a cover.

Now they've taken a step further. Now they're treating two of their own consumers, who consume 2 identical products of theirs (not third party from EA or Activision - those are EA or Activision consumers), as different. One consumer has to pay more, a premium, while the other does not. Same Sony product. What is more insulting is the fact that it's the most loyal of Sony consumers paying the premium.... it's the complete inverse of what a company would do with say, a loyalty program for loyal consumers who shop at the source.
Last edited: Feb 24, 2021

Corndog replied
May 26, 2022
PS Plus most popular gaming service in US. Followed by Amazon Luna in 2nd, and Xbox Gamepass in 3rd.
2 3