The overall retail industry is down 10% year over year.

**(includes CE, GOTY editions, bundles, etc. but not those bundled with hardware)

3DS update: Seems to be dollar sales, not units, but it's hard to tell for sure.


darkside31337 said:
Hardware suffered in March, with "deep declines" of 32 percent in dollar spend, with stronger downturns for portable hardware than for traditional consoles. The Nintendo 3DS was an anomaly, with sales for the platform growing 9 percent year-over-year.


MS PR via JVM said:
Xbox 360 continues to hold the number one spot in the U.S., selling more units in March than any other console; marking the 27th consecutive month as the best-selling console in the U.S.

· Total retail spend on the Xbox 360 platform in March reached $402 million, (hardware, software and accessories), the most for any console in the U.S. (Source: NPD Group, March 2013)


Entertainment experiences on Xbox LIVE continue to grow as Xbox introduced its newest app this week, Flixster. The service, available for Xbox LIVE subscribers in the U.S., is one of the most popular apps for movies, allowing users to buy and rent thousands of titles, check out local theater show times and access movie scores from Rotten Tomatoes. And, Xbox Tournaments with Virgin Gaming launched earlier this month exclusively on Xbox LIVE, bringing gamers free-to-enter gaming tournaments for popular games including &#8220;EA SPORTS&#8482; FIFA 13,&#8221; &#8220;NBA 2K13,&#8221; &#8220;EA SPORTS&#8482; Madden NFL 13&#8221; and &#8220;EA SPORTS&#8482; NHL® 13,&#8221; with many more titles to come.
Click to expand...


MORE THAN 20 MILLION PHYSICAL COPIES OF NINTENDO 3DS GAMES HAVE BEEN SOLD IN THE U.S.

Fueled by strong starts for Luigi's Mansion&#8482;: Dark Moon and Pokémon&#8482; Mystery Dungeon: Gates to Infinity, and the continued strength of Fire Emblem Awakening, Nintendo 3DS&#8482; crossed 20 million total units of software sold at retail in the United States, according to the NPD Group.

Some notable sales numbers* achieved by Nintendo in March include:

- Total sales of Nintendo 3DS software at retail increased by more than 50 percent over March 2012.

That momentum should only grow in the next few months as Nintendo prepares for a massive slate of Nintendo 3DS software releases, including: LEGO® City Undercover: The Chase Begins on April 24, Donkey Kong Country&#8482; Returns 3D on May 24, Animal Crossing&#8482;: New Leaf on June 9 and Mario and Luigi&#8482;: Dream Team on Aug. 11.

Additionally, in a Nintendo Direct that aired on April 17, Nintendo announced or provided more details about new entrants in the Yoshi's Island&#8482;, Mario Party&#8482;, The Legend of Zelda&#8482; and Mario Golf&#8482; franchises for the Nintendo 3DS system.

*Data regarding physical sales of games in March are from the NPD Group. Data regarding digital downloads of games and combined physical/digital life-to-date numbers are from Nintendo's internal sales figures. All numbers are specific to the United States only.​
Click to expand...


According to NPD analyst Liam Callahan, "March 2013 saw deep declines of 32% in dollar spending for dedicated video game hardware, with stronger declines for portable hardware than for consoles. However, sales for the Nintendo 3DS grew 9% over last March. In March 2013, the Xbox 360 had the highest hardware unit sales for the 20th month in a row.&#8221;​
Click to expand...


"Two strong launches for the month included Tomb Raider and BioShock Infinite, which were the highest first month sales for games in these franchises," Callahan said.​
Click to expand...

Luigi's in. Great.
U

Ugh, the poor souls who bought that Walking Dead game.
A

Luigi at #6 is very impressive.
W

I knew GOW would outsell GOW
B

That shitty Walking Dead game got #9. Ew.
A

Weren't sales numbers "leaked" some days ago or were those just estimates? If they were leaks we can extract other numbers.
A

Can't wait for reported hardware data, especially regarding the Wii U.

After all, this month was the Wii U's first software refresh cycle (no retail games for the Wii U were released in North America for January or February).
S

Top ten looks about right. Now to wait patiently for the numbers.
R

**(includes CE, GOTY editions, bundles, etc. but not those bundled with hardware)
Click to expand...

Sell a small piece of the company to NPD for full numbers. Come on. Do it for your people.
P

Thought Tomb Raider would be number 1 based on the 3+ million (worldwide) that was announced. Maybe that was shipped.
D

And The Walking Dead game... 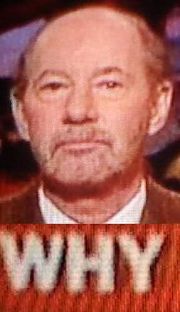 Naruto making the top 10. I can't believe it.
I

Hopefully some numbers actually get released!
I

All is good.
S

Glad Infinite hit #1. Well deserved. I expect it to have legs too. Both Ascension and Judgement charted higher than I expected but I imagine that there may be a big gap in numbers between them.
A

Puppet Shadow said:
Thought Tomb Raider would be number 1 based on the 3+ million (worldwide) that was announced. Maybe that was shipped.
Click to expand...

One game I bought made the top 10...that'd be Naruto! Glad to see it there
S

Reggie said Luigi's Mansion 2 has sold 415k (retail + digital) in NA. No idea if that included the last two weeks, but it does mean anything below is < 415k (most likely well under).
S

Not Lego City or Monster Hunter, if those fit your definition of "major new releases".

I just realized I bought 5 games in march :/

No Lego city eh? That came out in march right?
R

Surprised GoW and Gears are so high. Nobody really even knew they were coming, iirc. Not much hype!
D

All of the big releases there. No surprise at the order either.
M

no Monster Hunter, my country has failed you Capgods. At least they're playing excellent titles like Walking Dead and Gears.
S

Kinda feel sorry for those people that bought Walking Dead.

Jeez, so many better Zombie games they could get!
S

EDIT: But placed lower than a half year old release, so maybe not great. With month of market contraction?
L

Walking Dead at 9, lost faith in the industry.

Good for Bioshock, it deserves it.
D

Bjergsen is the greatest midlane in the world

Simply showing up on the list doesn't necessarily mean that much. Especially when it charts below BLOPS II.
M

Hope we get some more figures.
D

Going to eat crow about Luigi.

You go game!
You must log in or register to reply here.