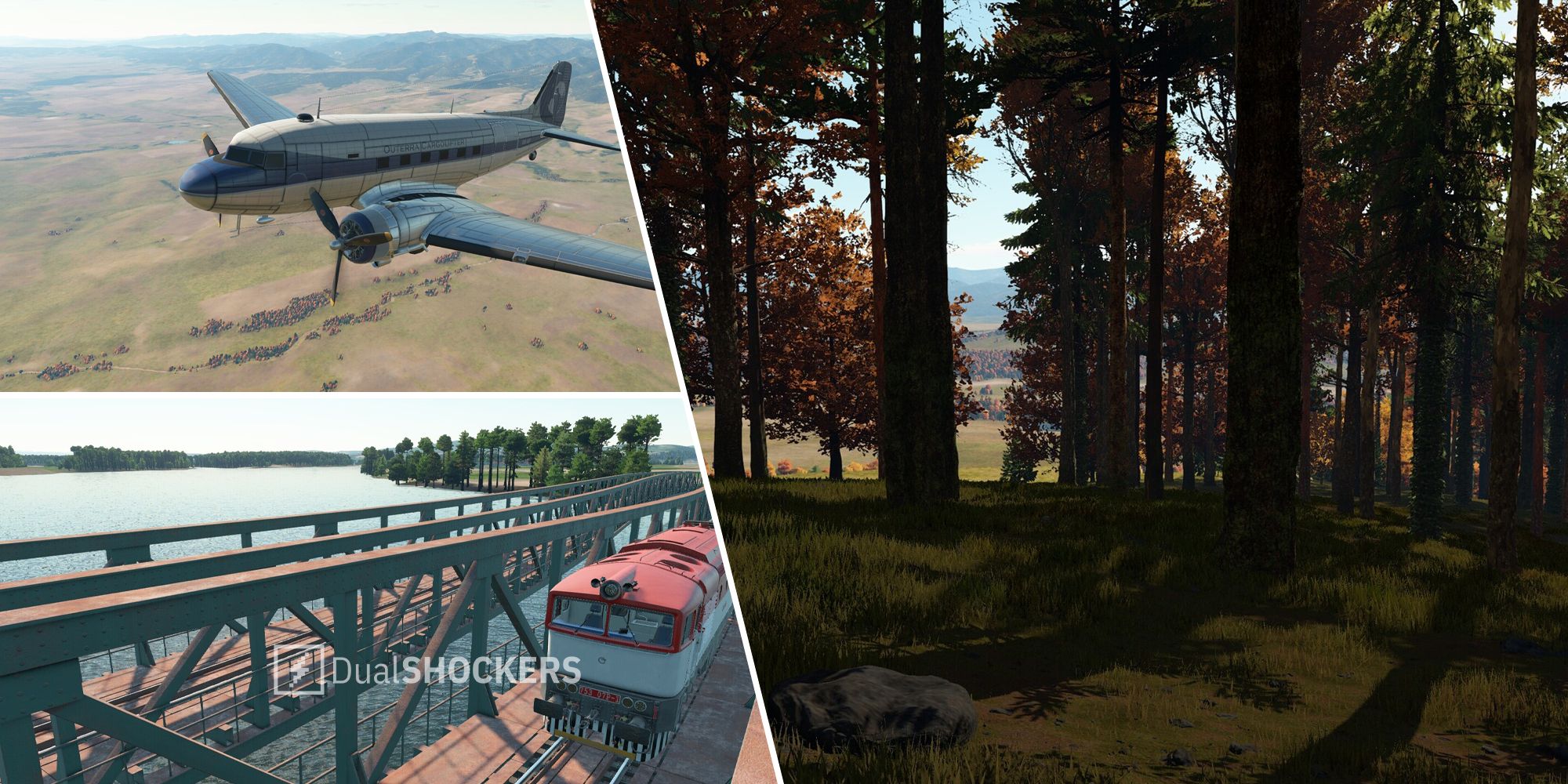 Publisher MicroProse has announced the sandbox simulator "Outerra World Sandbox" is currently in development by Outerra, a Slovakian software company that has produced a highly detailed and seamless planet rendering engine. A Steam page is already available, but a release date is yet to be confirmed.

Outerra World Sandbox is set on an Earth where there are no man-made objects or traces of civilization, and players can experiment with different types of assets like buildings and transportation tools that do not necessarily conform to any time period. There are natural terrains that are featured by default, like Mount Everest, the Sahara Desert, and the Mariana Trench, as the developers have collected satellite data from a variety of resources to generate a credible version of our own planet with realistic terrain, roads, buildings, forests, and many other geographical details.

The game also includes tools that use the palette of nature, such as changing the height of the land and creating forests. The Steam Workshop is also supported, and players can download their own content and create a wide variety of buildings and structures. With these tools, it's possible for example to recreate New York in the 1930s, or Paris in the 19th century before vehicles were introduced, and even dye them in a different color palette to create a fantastical and anachronistic atmosphere.

The project is very similar to Anteworld, the studio engine's previous whole Earth simulation tech demo, which had flight dynamic models, unlimited visibility and other featured worlds such as Mars and an alternate Middle-Earth. As such, it's easy to assume that Outerra will be a new demonstration of how far their engine has developed throughout the years, especially because it allows players to immerse themselves in the world they created with VR tools like Valve Index/HTC Vive.

The end goal for the studio is to license this technology to other developers and help them craft their own detailed words, but ultimately they want everyone to have fun and let their imagination run wild.

Seems very ambitious. Creative people will have a field day with this, for sure. Wish i had the patience.

Someone’s just bought the name and image rights / trademarks I believe. It’s not the 1980s Microprose. There was Spectrum Holobyte even Ubi I believe but closed in 2003.

Is this a re release of a 2005 Game?
Looks awful. And what can I do in this endless sandbox?
R

I remember seeing this game in early development about 10 years ago, looks pretty similar now. I can imagine most would get bored of it quickly.

Interesting but will probably get old super fast.
Needs extensive levels of freedom like destruction, physics, and create anything even if unrealistic.
Otherwise this is a $7-$10 game at best.
You must log in or register to reply here.