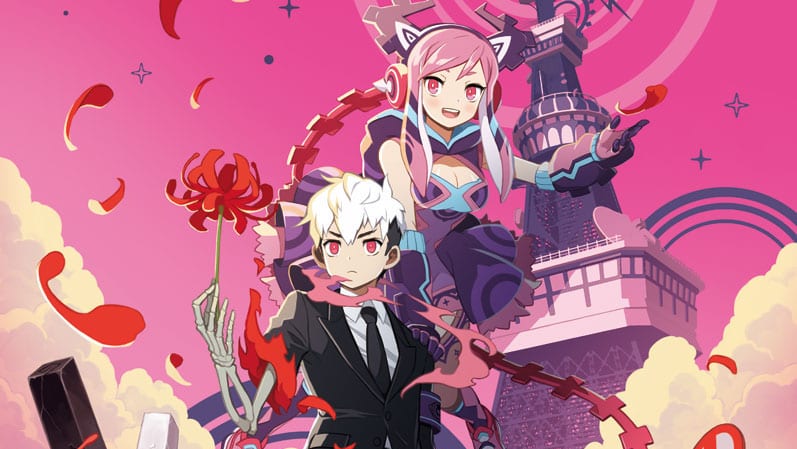 Today NIS America hosted a panel at PAX Online, and it announced the western release of Poison Control.

If you are not familiar with the title, it’s the western localization of the recently-announced Shoujo Jigoku no Doku Musume by NIS America’s parent company Nippon Ichi Software.

You can watch the announcement trailer below.

The story is about a boy who gets lost in Hell, which is created by strong emotions and desire of humans both living and dead, called delusions.

He has lost his body and merged with a local creature named “Poisonette.” In order to return to the real world, he has to purify hell.

The strong feelings of girls named “poison maidens” create “poison mires” in Hell. The goal of the hero is to collect said poison, purify it, and save the girls.

Yet, demons are hunting the hero to stop his quests, but the collected poison can also be used to destroy them.

Attacking enemies is achieved by shooting poison. The basic shoot type is poison bullets, but there are other kinds that can be obtained by progressively purifying Hell. There are also different stages associated with different girls.

Poison Control / Shoujo Jigoku no Doku Musume released in Japan for PS4 and Nintendo Switch on June 25. It will come west early next year for the same platforms.

If you’d like to see more, you can check out the first trailer and screenshots, another batch of images, and another trailer showing gameplay that was released in April, and one focusing on the cast and artwork.

Source: Twinfinite
You must log in or register to reply here.