Take this with a pinch of salt and consider it nothing more than a possibility, it hasn't been verified due to the lack of ability to datamine MK8 by most people.

Thought this was interesting..

Within the file system of Mario Kart 8, there is a list of tracks and their streaming audio.

When the last DLC pack went up, there were 8 tracks contained in the pack, but actually 13 entries.

The first 8 were in that pack, but the remaining 5 were not and are likely to be tracks in DLC Pack 2.

The following are the ones we got:

And these are the ones listed but we never got:

So I think we can comfortably guess that DLC Pack 2 will include Neo Bowser City from the 3DS and Baby Park from the Gamecube as well as the Animal Crossing track.

Baby Park. I need it.

Edit: ok now I'm extremely hyped! The release date is next Thursday?
B

Also I don't think that's Metroid. They wrote the complete name of the track in its ID, why not do it with Metroid? Maybe it's a Subway/Metro/Train based map.
F

I don't really care if I get Baby Park.
M

HawthorneKitty said:
I don't really care if I get Baby Park.
Click to expand...

BABY PARK!!! Finally some more time runs I loved it on the GC
B

Nope, the one after that.
B

Unless Baby Park is significantly different I'll be really disappointed with its return. It's only decent in DD because of the crazy items. In DS it was a bore. Most overhyped track ever.

The only good thing that could come from it is the need to have a flexible lap limit thus the possibility to be able to chance that like one could in Super Circuit and Double Dash.

WU_WOODS is probably that track we saw a tiny image when they first announced the DLC.

EDIT: Here's an image of it: 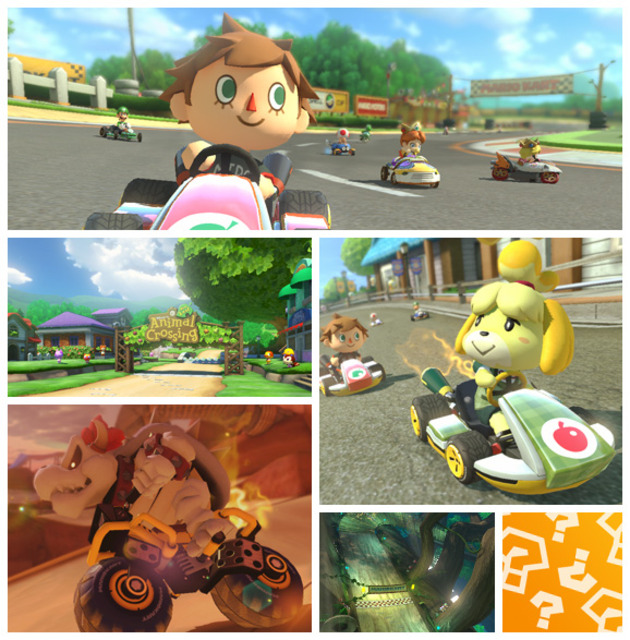 Baby Park would be great, provided it last for more laps than the other tracks. Kind of a wasted slot for Time Trials, though.

I really hope that "WU_METRO" refers to Metroid, could be a very interesting track, racing through Norfair. But since we'll get info about the other tracks pretty soon, I'd rather wait than get hyped.
N

Baby Park was only good in Double Dash thanks to the items.

It was a pretty tepid track in MK Wii.
S

I feel like Baby Park won't be quite the same in Mario Kart 8 without all the big Bowser shells and other crazy items that Double Dash had. That was part of what made Baby Park awesome in that game.
B

Baby Park just won't be the same without giant Bowser shells flying all over killing everything, though
B

SoraanTribal said:
I feel like Baby Park won't be quite the same in Mario Kart 8 without all the big Bowser shells and other crazy items that Double Dash had. That was part of what made Baby Park awesome in that game.
Click to expand...

NotLiquid said:
Baby Park was only good in Double Dash thanks to the items.

It was a pretty tepid track in MK Wii.
Click to expand...

Baby park could be a decent battle stage.
B

Plinko said:
It wasn't in MK Wii, was it?
Click to expand...

It was in MKDS.
B

I'm voting for baby park every time it's an option.
S

I won't automatically assume that Baby Park will be a carbon copy of its GC iteration. It might get some light upgrades like Toad's Turnpike.
S

lol, I suppose, but Bullet Bills aren't that fun to "use" in the MK games because they are automated. It was fun lining up a shot with the big Bowser shell and seeing it destroy a big group of people. And then bounce around Baby Park and hit some more people!

I actually miss characters have unique items that you could get... they should bring that back.


JCX said:
Baby park could be a decent battle stage.
Click to expand...

I didn't think about this, but you're right. Can you even play battle mode on DLC tracks tho?
S

Baby Park is the realest.
L

If Metro = Metroid, I'm going to flip.
B

A Metroid track would be a-mazing. Here's hoping it's actually true and it's not a track trough the subway of Toad city or something like that.
L

200cc Baby Park in the era of Crazy 8, blue shells that run along the ground and bullet bills.

Gonna be crazy. Bowser shells will be missed, though.
M

I'd assume they'd, well, use the full name if that was the case. It's not like they're working with character limits.

Might well be a city track, a new track akin to Mushroom City or Moonview Highway.
R

blame space said:
I'm voting for baby park every time it's an option.
Click to expand...

METRO could just be a...metro.

mclem said:
I'd assume they'd, well, use the full name if that was the case. It's not like they're working with character limits.

Might well be a city track, a new track akin to Mushroom City or Moonview Highway.
Click to expand...

Yeah, to be honest, that's my realistic expectation too. Before someone on Twitter mentioned it might be Metroid, I was thinking about a subway-esque track personally.

Metro could refer to metrorail, aka a modern train-based course.

Hyped for bowser city though. That was the best track in 7.
S

Please Baby Park. I want it to be like a non-stop anti-gravity level with no walls, like a continuous tube.
F

It looks like they would have had the space to write out metroid if they wanted to. I interpreted it as a random track descriptor like "woods"- a unique new track in a city environment. Won't mind if I'm wrong, I suppose.

Another vote for "Baby Park will never be quite as cool without the double dash unique items (which should totally come back as an optional feature in a future game).

On the other hand, an anti-grav version of it might be cool if it's got some wacky geometry going on- a toroid interior or exterior, ideally.
N

Plinko said:
It wasn't in MK Wii, was it?
Click to expand...

balladofwindfishes said:
It was in MKDS.
Click to expand...

Right. I must have mixed up the games where it was a retro track.

My GF adores baby park, but I've never been a fan. Let's see how it ends up, I guess.
P

Aw fuck, not Neo Bowser City.
That track was so plain and boring on MK7, hopefully they can jazz it up with the anti grav.
S

I thought when people were saying Baby Park was a thing they were being sarcastic and referring to Excitebike.

Given we saw two non-Zelda franchises in pack one and both were racing games I'm hoping this time we see another two racing franchises; Stunt Race FX and Wave Race.

I decided to Google Nintendo metro to see what came up.
Metro fusion...okay.
S

Hopefully Metro is what Toad's Turnpike SHOULD HAVE been.

Faster, tighter, more turns, more chaos. Not the spaced out, easy track we got. Maybe 200cc can change things up for the easier tracks.
M

I saw this a while back but wasn't sure how reputable it was. If Metro means Metroid then bring on the tuuuuuuuuuuubes.

I didn't buy the DLC until about a week ago but the first pack was great. Although the fact that we still don't know what's in part 2 so 'oh you, Nintendo'

Not the same at all. It's not hectic enough. It's honestly a bit boring, like getting the philosophy behind Baby Park completely wrong.
A 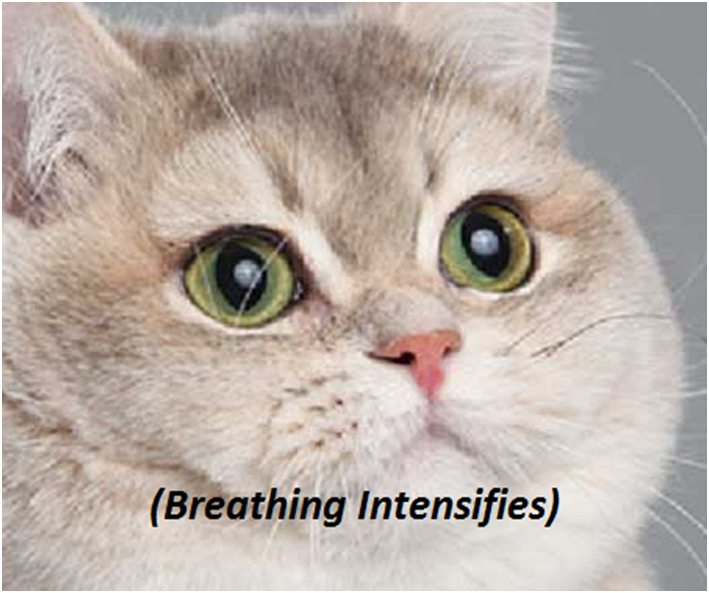 It'd be as chaotic as racing on Double Dash, possibly even more so
C

What a joke if Baby Park is a part of the next DLC pack. Single-handedly the most boring track in the series as far as I'm concerned, and item spam (be it in Double Dash!! or the Frantic rule in 8) is mind-numbingly infuriating. I don't understand why there's demand for this when the Excitebike track already scratches that itch with some variation to it as opposed to none at all.
N

"Metro" is clearly shorthand for Waluigi's Metrosexual Madness, a course lined with dreamy statues of an over-groomed Waluigi
T

Not really a fan of Baby Park at all, would be kinda bummed if that ends up being one of the (presumably) three retro tracks. Neo Bowser City would be cool, though. I dig the music and I'm sure a rainy track with neon lights everywhere will end up being super rad looking.

Really eager to see what the other Nintendo themed tracks end up being. I have a feeling that Metro is referring to a literal metro track, though.
M

I WANT TO FLIP TOO.
N

It'd be kind of weird if Metro was a Metroid track if only because it doesn't seem to make a lot of sense for the code name to be shortened when going by the previously mentioned naming conventions.

Not that it isn't a possibility and considering the previous crossovers it's quite likely, I'm just going to assume it's a tube-related track so as to not get my hopes up.