Cravis said:
Good. Cyberpunk should have done the same.
Click to expand...

Maybe. They have so many issues, its hard to say if that was even really a issue or if the team simply couldn't do many things.

Consider no next gen version of the fucking game even exist right now outside of the PC version, so its not like they even have that running on PS5 and Series X with all the support of those systems. We going to say we need PS5 for lips to work? We need PS5 for cop chases?

If Watchdogs Legions can exist on past gen with more features, I feel Cyberpunk can very much exist on last gen. I feel the engine used was forced and hurt the development. Look at Mass Effect Andromeda, imagine saying THAT game's real issue was it should have been next gen, as if the team's only issue was that or something. Or.....or....use Unreal Engine 4 and not an engine that the team struggles with. When I look at CP2077, I see a title trying to do shit that doesn't make sense for what its even trying to communicate. They want something that looks really good, proceeds to completely disregard playability. Watchdogs doesn't look as good as CP2077 in many areas, but its goal was to fucking be playable with the hardware given. It can work on last gen, with a different engine and a different team.

Omnipunctual Godot "Is CDPR the new Molyneux?" They worse then Molyneux. He had lofty ideas, but shit the man didn't go out of his way to make fake demos, trailers and a whole list of shit
Last edited: Jan 21, 2021

Didn't even know that RE: VIII was supposed to be on past gen consoles
Reactions: BadBurger, Grinchy and EDMIX

deriks said:
Didn't even know that RE: VIII was supposed to be on past gen consoles
Click to expand...

I also thought it was current-gen (PS5, Xbox) only

Good if true but it's really improbable.

Nice since they could focus on next gen , but since they delivered a great RE7 on base PS4 do not see why could not port RE8 later.
A

People comparing RE VIII to Cyberpunk in terms of complexity, c'mon now

RE VII ran at 60 fps on current gen, looking awesome while at it.

From what we've seen, RE VIII doesnt push graphics that much higher that even cutting FPS by half current gen wouldnt be able to run it.

Edit: lol, there it is
Reactions: Mr Moose

not dropped.
ps4 version will be free upgraded to ps5... but it said something about digital.
So I wonder is ps4 disc will become the same as ps5 disc when patched
B

On perm notice for Nintendo spam in unrelated threads. Report me!!

Chad Dusk Golem once again got it right
Reactions: Barry Burton and Dr_Salt

Bodomism said:
Chad Dusk Golem once again got it right
Click to expand...

Or wrong last time he said the PS4/XB1 versions were confirmed.
A

Guys the 3rd trailer says all the platforms, at the end

That 3rd trailer was awesome. I feel a bit spoiled now. Still excited.
B

On perm notice for Nintendo spam in unrelated threads. Report me!!

Aggelos said:
Guys the 3rd trailer says all the platforms, at the end

Dusk Golem himself was the editor for the trailer

Bodomism said:
Dusk Golem himself was the editor for the trailer
Click to expand...

Holy dusk of the golem tube!

Good.
Leave the Cross gen stuff to rubbish like Fifa and Just dance/don't.
I recognise there are (at times) some exceptions of course.

Ah, rumour quashed.
My head is as crimson as the Zombies of the same name lol

Dangerous move. With the current stock situation for next gen machines they may be targeting a very small number of potential buyers.
Reactions: Hydroxy 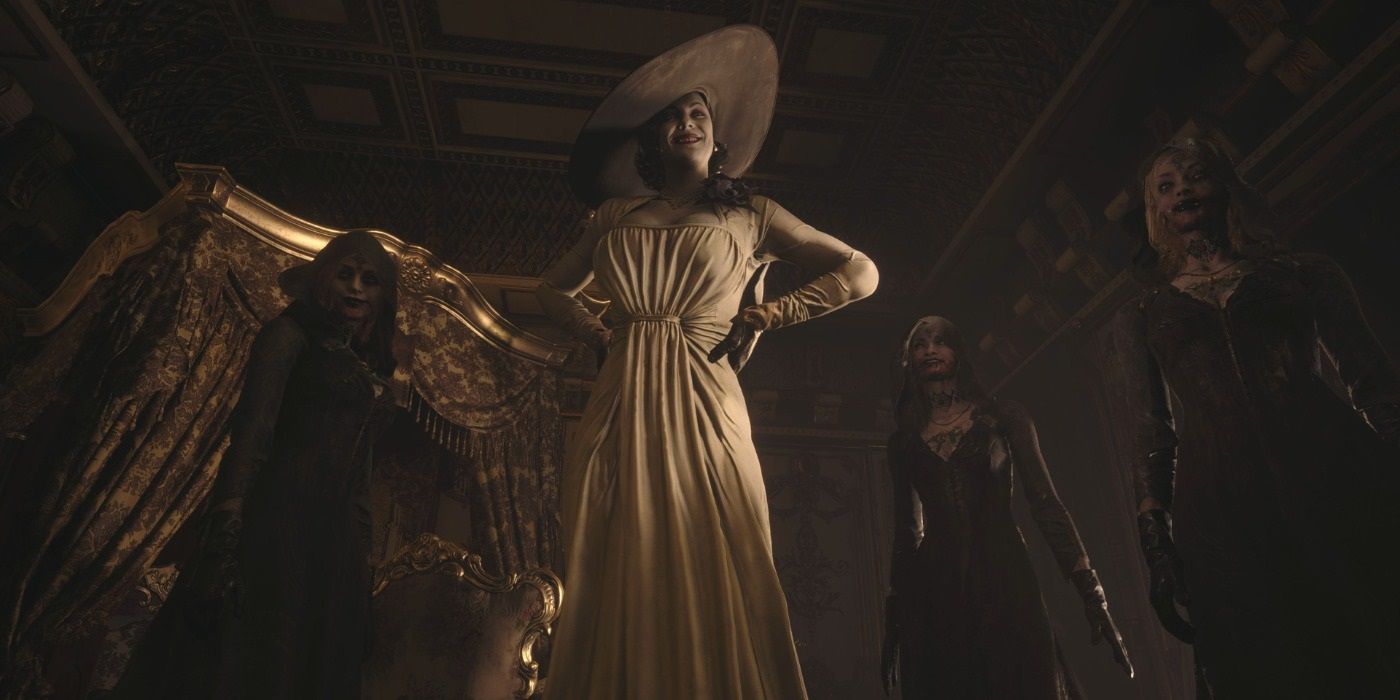 Resident Evil Village will be longer than 7.

Expect to see this a LOT after Cyberpunk. This does not mean it's "possibly dropped" (although it might be), it means that they will make sure the final product absolutely 100% runs to a decent standard on those systems before promoting it.
Last edited: Feb 7, 2021

That would be nice but I doubt it.

They need to drop support for Xbox One, PS4 and Series S.
You must log in or register to reply here.

Business Game Dev Capcom made Resident Evil: Village less scary to be more accessible than RE7