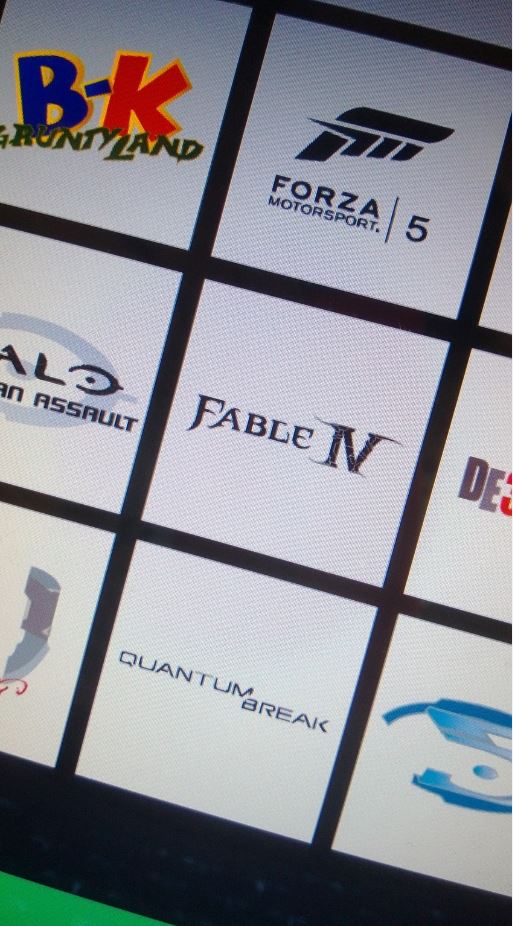 edit: I got these rumors from a friend's source, I do not know where the picture originates from. I do not know if these are legit at all but the games listed has been extremely plausible judging from famousmortimer talking about a few of them. So this should be treated as a fake, I don't want people running around treating it as a prophecy cause it might turn out to be fake at the end of the day. Then again this is E3 season, what else is new?
Click to expand...

So yeah, thought it deserved its own thread. Might be BS, not not be. Let's discuss.
D

I think its fake
A

Fortnine? And where the hell is Titan?
N

I know that thread complaining is a ban, but can I ask a mod if constantly posting rumor lists up to E3 is acceptable?
P

LORD HAVE MERCY THAT MAHVEL
S

Kiln of the First Flame

Nothing massively shocking there, and all plausible I don't think.
R

Seems kinda fake to me because of the lack of family/kinect titles.
P

Whats the point of creating fakes like this? If it is that is.
T

So is Dragon's Dogma 2 Deep Down?
B

Darkstalkers on Wii U.
F

Oh my god crytek is doing a Megaman game.
J

Also, are most sources unable to take any proper pictures?
D

Dragons Dogma 2 (Deep down) for only PS4... wow if true I believe Sony got the better bargain from Capcom
K

Kiln of the First Flame

How the fuck can there be a BK 4 when there hasn't been a BK3?
D

Georgia, but moving to Virginia

Is this game-focused enough for GAF to forgive and trust MS?
A

I'd welcome another Banjo game and would be cautiously optimistic about Fable 4 (it'd be damn-near impossible to make something worse than Fable 3).
B

Seems fake too me. MS wouldn't let stuff like this leak after how tight they were with the Xbone reveal.
D

After some research, I think this can likely prove this is fake:

Banjo Comet.com Translated to English said:
Let's review the following Banjo & Kazooie: Nuts and Bolts. More than three years after the release of DNA Nuts Bolts in November 2008 we still have no information regarding a new Banjo & Kazooie.

Nevertheless here is a logo found on the net (probably a fake), but that goes into a well and truly Official axis. At the end of nuts and Bolts, after getting the title of the Perched mountain (and movements yay) Banjo is quiet. Gruntilda she lost against Banjo is found to sweep and work in the factory lord games (LOG). Gruntilda but says it's a bad idea to have it put in as it will be able to create a video game where it will be her queen. This will be it creative! It may therefore take revenge.
Click to expand...

Unless this was leaked a while ago, I think the creator of that image used this rumored name+image found on the net, and modified ever so slightly.

Can't say anything about the list though, other than it doesn't really feel legit. No Black Tusk game or Titan at all.
F

Respawn's game not being listed makes me suspicious.
T

wow, Sony got the better end on that one.

The MS list looks sad; Fable, Halo, Halo, Forza and some other dead MS IPs. Crackdown 3 is the only bright point.

I find it very hard to believe that Dragon's Dogma 2 is PS4 exclusive.

well that settles that... nothing too amazing for me...
C

A picture of a monitor. Every fucking time.

TW3 is being unveiled there! Wow!

screams fake, but would be a amazing lineup if true.
D

Izick said:
After some research, I think this can likely prove this is fake:

Unless this was leaked a while ago, I think the creator of that image used this rumored name+image found on the net, and modified ever so slightly.

Can't say anything about the list though, other than it doesn't really feel legit. No Black Tusk game or Titan at all.
Click to expand...

Love the marvel series hate the visual style. Not sure how to feel.

LMAO if Darkstalkers is Wii U only.
M