So who wants a new MS/Nokia Ngage?

With MS buying the Nokia Devices and Services division, they now own what was once a portable handheld console manufacturer.

Now imagine for one second that Microsoft is not going to gut and throw away Nokia like Danger, or Rare, or Ensemble, or... you get the drift. Instead, they revive the Ngage concept and flesh it out into the ultimate Cellphone/Handheld portable the world will ever see.

Who would buy such a device? Would it monitor everything you say as you play CoD on it and feed it to the NSA? Would Sidetalking make it's triumphant return?
M

Not a damn person.
F

N-gage failed twice. No one wants to see it again.
B

No one
sane.
K

we already have that. its called the nvidia shield
C

Nope. Portable handheld market will get smaller and smaller while cellphone mark gets bigger and bigger. Why enter a sinking ship. Microsoft will continue to go after the cellphone market instead.


I did own N-Gage, still feel salty that I bought that. It was horrible phone and horrible handheld.
U

What with the iOS and Play store, not to mention stuff like the MOGA, Isn't the concept of a phone/handheld hybrid redundant at this point? Or did the Xperia Play fail for a different reason?
M

Hmmm. I see no reason to bring back the NGage name, but a Nokia/Microsoft handheld might be A-OK. Probably something streaming-centric.
K

I'm pretty confident smartphones will one day replace handhelds and consoles, anyways. Play it on the go via the touch screen or controller dock, and then plug it into your TV at home and get the big screen experience. Whether or not Microsoft / Nokia are the first to push that transition, I don't really care.
U

Remember how with the N-gage, you had to open the battery compartment and take out the battery in order to change out the game? And how the speaker and microphone were on the rim of the phone, so you had to hold the system up to your head sideways to hold a conversation? That thing was supposed to be the "the ultimate Cellphone/Handheld portable the world had ever seen", but instead turned out to be the Homer of phones. 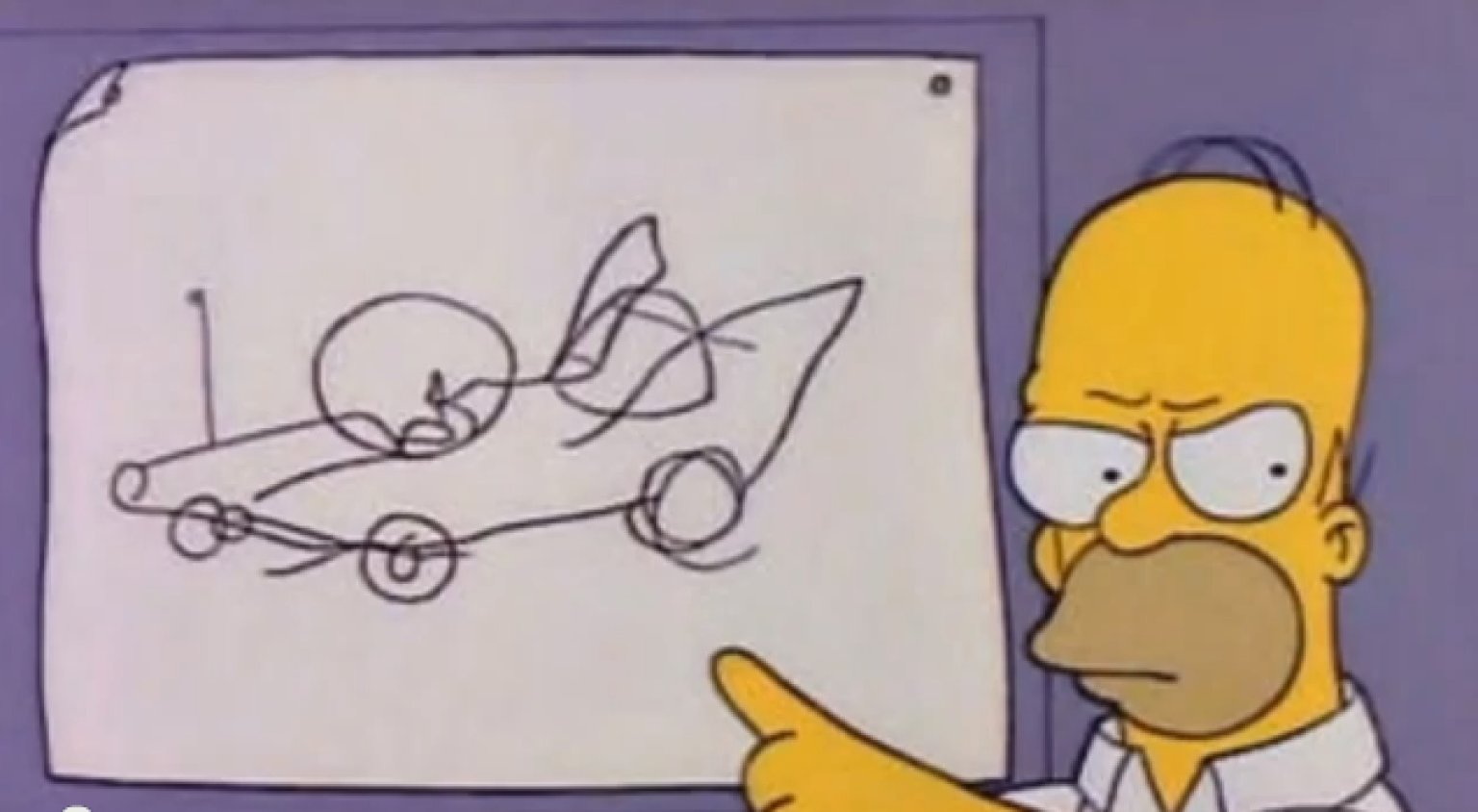 "Hey we got this whole Xbox division and brand, we should use th-"

I can see a windows phone with game buttons, like xperia play but nothing more than that.
A

I don't know why, but I'm suddenly hungry for a Choco Taco. Hmmmm...weird.
R

What? and miss out on all of that sidetalking action?!?

Sounds exactly like the type of project Microsoft would go for.
U

they now own what was once a portable handheld console manufacturer.
Click to expand...

I laughed pretty hard at this premise.
R

I'll be that person to admit I owned a N-Gage, and I enjoyed it, lol. It was obviously a joke compared to GBA, but I think it was an okay phone with a couple of decent games.

I wanted an N-Gage for that military combat game that looked a generation beyond whatever else was available on phones.

Also, the N-Gage had an Xbox Live like network which other portable systems didn't even thought of implementing. I really wish I had an N-Gage.

Interestingly enough, IIRC, the only dedicated handheld platform that ever got a portable Elder Scrolls game is the N-Gage
A

I sold one for a good chunk of change last year. No regrets.
C

Uncle Rupee said:
you had to hold the system up to your head sideways to hold a conversation
Click to expand...

This is just plain false. Calls were fine with the phone flat.

My beautiful green back N-Gage is dead, WSOD.
R

Who wants something that will be dead on its first months?
T

Just because Nokia's half-assed attempt however many years ago failed miserably doesn't mean the concept of the N-gage itself was untenable. For one thing, the iPhone and every smartphone since have already at least partially done what the N-gage was trying to do. But I've actually been hoping for awhile that Sony would take things a step further and create a Vita phone, and Microsoft creating an Xbox phone would be great as well. (Sony doesn't do too well these days at creating new niches in the marketplace they just follow so Microsoft or Apple making a hardcore gaming handheld phone would probably make it more likely a Vita phone would be released.)

The N-gage failed for so many reasons, but two that stick out immediately are because the hardware of the time just wasn't ready and because Nokia wasn't a gaming company. Neither of those problems are nearly as fatal now.

Modern smartphones cram much more advanced hardware into a much smaller package than the N-gage. The only remaining issue is that the marketplace continually moves towards thinner and lighter phones, which means it could be hard to get physical controls into a phone. Personally I would like to see the sliding form factor make a return, but I don't know that many others would. Physical controls are also a must for this product to exist conceptually. Otherwise it's just another smartphone.

And while Nokia was not a gaming company, Sony and Microsoft certainly are. Much more than Apple or Google, at least. A gaming handheld phone from Sony or Microsoft could hopefully attract developers. The problem is that Sony's existing gaming handheld doesn't really attract developers, and Microsoft has never created such a product. Regardless, they would have a better shot than Nokia did back then. I think it would help if the Microsoft handheld ran Windows Phone or the Sony handheld ran Android, to give them a range of games right out of the gate (a significantly smaller range for the Windows Phone handheld, admittedly.) One issue is that there's not a lot of overlap between AAA developers in the west and PSV/3DS developers. Most quality handheld games still come from Japanese developers, who might not want to go to a Microsoft device. So Sony might be a better bet, except most of them don't go for Vita either.

There are still lots of benefits. If this device is a phone, that means it can be had with subsidies, and so Sony or Microsoft would be able to create a $600 or $800 device, because people would only be paying $100 or so up front for it.
S

A phone/handheld hybrid with touchscreen that plays games!
O

In all seriousness, would anyone actually buy a phone with a dpad, 2-4 dedicated side gaming buttons and 2 shoulder buttons? Game cards could come in a customized microSD card format, or simply downloaded like traditional cellphone games.

Microsoft has the advantage of owning their own portable OS unlike Sony and with their own hardware division they COULD potentially create a dedicated hybrid gaming/communication device that could set themselves apart in the market.

Of course, knowing Microsoft it would never happen but the pieces are all there. Call it the Lumia X, make sure the tech isn't outdated the day it releases, develop more than just knockoff cellphone games for it and who knows, it might just be the killer flagship that isn't yet another iphone wannabe competing on specs.
K

Ogrekiller said:
In all seriousness, would anyone actually buy a phone with a dpad, 2-4 dedicated side gaming buttons and 2 shoulder buttons?
Click to expand...

Nope. That's why it needs to be touch screen only, with a SKU that comes with an official controller dock.
O

kittens said:
Nope. That's why it needs to be touch screen only, with a SKU that comes with an official controller dock.
Click to expand...

No one would carry around a separate dock just to be able to play games on their phone. It has to be built into the phone, otherwise it's just another kinect.
H

Only if it's PlayStation Mobile certified.
K

Ogrekiller said:
No one would carry around a separate dock just to be able to play games on their phone. It has to be built into the phone, otherwise it's just another kinect.
Click to expand...

The Ngage was a technological abomination. I would have nothing to do with any product of the same or similar name.
S

Shoulder buttons would not take up much room. Physical buttons, if arranged vertically are not big, although they would probably be limited to 2 or 3. A dpad the size of the one in the DS lite is not that big. Sticks and grips are not necessary.

The phone itself would not be big, especially if the screen is 4:3. It would however be ugly.
N

Uncle Rupee said:
Remember how with the N-gage, you had to open the battery compartment and take out the battery in order to change out the game? And how the speaker and microphone were on the rim of the phone, so you had to hold the system up to your head sideways to hold a conversation? That thing was supposed to be the "the ultimate Cellphone/Handheld portable the world had ever seen", but instead turned out to be the Homer of phones.
Click to expand...

well they did fix these issues with the second model.

I would be up for a proper phone with a dpad sure, but a dedicated "ngage" platform is doomed to fail so it would have to be android only and support those games that support dpads

(buut they should just fuhgeddaboutit and release Pathway to Glory on other platforms!)

UltraGunner said:
Or did the Xperia Play fail for a different reason?
Click to expand...

The Xperia Play failed because PlayStation Mobile was a dud. Devices with a 'closed garden' app/game marketplace that dies are, as a rule, failures.

Sony finally decided to drop the issue (they waived the publisher licence fee in May) but it's way too late for the poor Xperia Play. And it wasn't a bad concept or design either.
B

Why do you want to know?!

I loved the second model. I enjoyed playing on it a lot, putting emulators on it and I really liked rooting and playing with that Symbian version.Man, as much as I liked the multimedia on the Sony Ericsson phones (including the sound on the walkman ones) back then, that Ngage will always be dear to me. ;-;

Now though? I would actually love a new version of the Xperia Play with a updated hardware and better battery life though as I really don't want to deal with a Windows/Nokia phone.

Sorral said:
Now though? I would actually love a new version of the Xperia Play with a updated hardware and better battery life though as I really don't want to deal with a Windows/Nokia phone.
Click to expand...

The new Xperia Play v2 should use haptic feedback pads in place of those weird segmented trackpad-dy things the previous Play used.
You must log in or register to reply here.