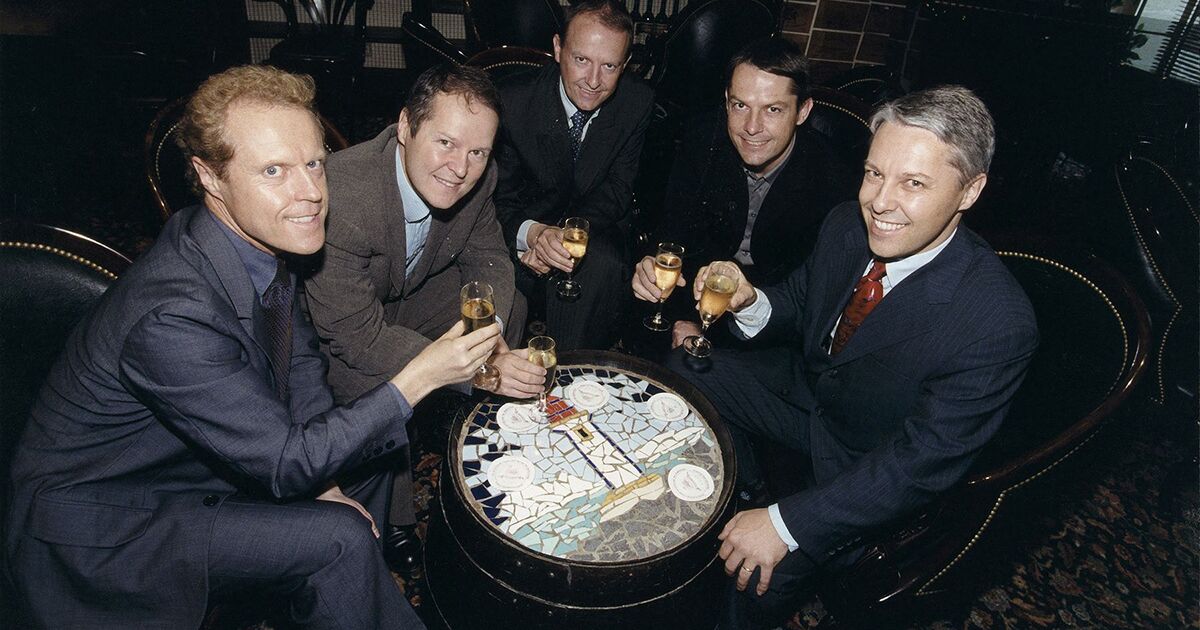 A scandal at the family-run video game company has disrupted the Guillemots’ inner circle and incited calls for more drastic changes.

Five brothers started Ubisoft Entertainment SA in 1986 and since then the video game company has survived seven generations of game consoles, four recessions, a hostile takeover bid from France’s largest media conglomerate, and a global pandemic. Ubisoft is one of the world’s largest game publishers, the maker of blockbuster series such as Assassin’s Creed and Far Cry, and the Guillemot family still maintains effective control. Now they face a new crisis: allegations of widespread sexual misconduct at the company. The situation has shaken up the founders’ inner circle and raised major concerns about how the business was managed for well over a decade.

More than a dozen people made public claims of sexual harassment and abuse against employees of Ubisoft over the past few weeks. The outpouring is part of a broader #MeToo movement taking hold in the game industry, and the Paris-based company has been the most frequent target of allegations. Interviews with more than three dozen current or former Ubisoft employees indicate that these claims, and many others that haven’t previously come to light, had been gathering dust in company logs for years. In some instances, Ubisoft took action, but for the most part, complaints were ignored, mishandled, or undermined, employees say.

The accusations filed to Ubisoft’s human resources department range from subtle forms of sexism to sexual assault, according to two people with access to the reports. In interviews with Bloomberg Businessweek, many employees detailed an atmosphere that was hostile toward women, often describing the Paris headquarters as a frat house. Staff openly made misogynist or racist comments across the publisher’s various offices, and senior executives took part and escalated the misconduct in the form of inappropriate touching or other sexual advances, current and former employees say. On one occasion before this summer, when Ubisoft sided with an alleged victim, the company removed the woman’s boss and rewarded the woman with a gift card, she says.

A spokesperson for Ubisoft declined to comment or arrange interviews for this story. Chief Executive Officer Yves Guillemot has promised extensive changes and has taken steps that many staff once saw as unlikely. Those include the ousters of Serge Hascoët, chief creative officer and a close friend of Guillemot’s for decades, and the heads of HR and the Canadian studios. The former executives didn’t respond to multiple requests for comment.

“Ubisoft has fallen short in its obligation to guarantee a safe and inclusive workplace environment for its employees,” Guillemot said in a statement on July 12 in Paris announcing the executive departures. “This is unacceptable, as toxic behaviors are in direct contrast to values on which I have never compromised—and never will. I am committed to implementing profound changes across the company to improve and strengthen our workplace culture.”

Guillemot, the middle of the five brothers, has been CEO since 1988; together, the siblings hold 21% of the company’s stock and five seats on the board. The brothers speak weekly and hold regular get-togethers on their yacht, according to a 2016 article on the French newswire AFP. The image of Ubisoft as a family business was a source of inspiration for many employees over the years. But others say the dynamic facilitated a culture in which longtime staff, especially Hascoët and his team, were given agency to misbehave. “There are golden children,” says Cindy Fitzpatrick, who worked in Ubisoft’s public-relations department from 2005 to 2009. “No matter what they do, they seem untouchable.”

Several employees say they were pleasantly surprised, even shocked, by the company’s swift response to allegations once they were made public in recent weeks. Hascoët was long seen as a permanent fixture of the company, they say, despite allegations that he demeaned female subordinates and surrounded himself with men accused of predatory behavior. Many other employees expressed doubts that a company run by the same men who presided over a toxic environment could deliver the type of systemic changes needed to ensure the safety of female workers, who are outnumbered about 4 to 1 by men at Ubisoft.

“The culture there is really hard as a woman,” says Ellen Lee, who worked in marketing and promotions at Ubisoft’s San Francisco office for seven years. “If you weren’t part of the boys’ club, you were just working hard on the outskirts.”

Check the link for the full story
Reactions: Neo_game, LarknThe4th and MrS

I can't believe Guillemot being CEO wouldn't be aware of what the other executives were doing all these years
Last edited: Jul 21, 2020
Reactions: HerjansEagleFeeder, FloatingIslands and LarknThe4th

I mean, what else can they do? They fired important people, they are changing some processes. That's it. It's not like the Guillemont family will sell so employees can be happy.

If that's not enough I'm pretty sure the only other thing employees can do is strike or just quit.
Reactions: FloatingIslands

I think Guillemot is full of shit

Viacom should have bought them out in retrospect, would their executives been as bad as these guys?

A.Romero said:
I mean, what else can they do? They fired important people, they are changing some processes. That's it. It's not like the Guillemont family will sell so employees can be happy.

If that's not enough I'm pretty sure the only other thing employees can do is strike or just quit.
Click to expand...

Games industry m/f % by role (in my experience and observation)

Depends on the org.
First Org was Developer/Publisher, so they had all those roles. Was probably 70/30.
Another was a Publisher/GaaS operator. That was probably close to 50/50 (less engineers, more PMs and Producers)
Reactions: A.Romero

Arkam said:
Depends on the org.
First Org was Developer/Publisher, so they had all those roles. Was probably 70/30.
Another was a Publisher/GaaS operator. That was probably close to 50/50 (less engineers, more PMs and Producers)
Click to expand...

It seems Ubisoft is more or less aligned to the Dev/Pub one you observed.
O

What is FE and FS in this context?

oagboghi2 said:
What is FE and FS in this context?
Click to expand...

Was just me separating the two engineering groups as they are (in my experience) made of different M/F ratio. I am group all non UI/UX (folks working in JS, Angular, react, etc) from the rest of the engineers (which span many roles)

we really need a subforum for stuff like this. I wish there was a forum where i could go and see only GAMING related posts. i want to talk about games. i don't want to talk about political agendas, drama surrounding a game, or anything about how this developer did xyz or didn't do xyz.
Reactions: rkofan87

was originally going to injure or kill off its male hero, Bayek, early in the story and give the player control of his wife, Aya, according to two people who worked on it.
Click to expand...

So the woke people who worked at Ubisoft wanted to dispose early of the male hero and substitute him with a female heroine.

Where do I have seen that before
Reactions: rkofan87

Sounds like those execs made good creative decisions.
T

I'm so outraged, so outraged right now, i'm literally shaken, fuck you ubisoft i'm would never ever buy your games that i never planned to buy
Reactions: Vildiil and rkofan87

20/80 HR
50/50 Finance
90/10 IT
50/50 Marketing Managers
30/70 Marketing artwork/packaging designers
70/30 Execs
100/0 Facilities Manger (never seen female ever)
10/90 Overnight/weekend cleaning crew hired by the company
20/80 Admins (incl Assistants)
60/40 Security/front desk access (security patrol all guys. Someone sitting at the front desk letting people in mostly women)
50/50 Sales
95/5 Warehouse crew
100/0 Any trucker coming for a pick up at the shipping bays (never seen a female and at most companies I've worked at the warehouse is connected to the main office)
100/0 Fedex/UPS guy doing deliveries
50/50 Logistics/traffic. Surprisingly lots of women. I thought this would be a man dominated role, but nope. Many women
Last edited: Jul 21, 2020
Reactions: Arkam

Maybe men and women shouldn't work together (or attend school together). Just a thought.
B

BluRayHiDef said:
Maybe men and women shouldn't work together (or attend school together). Just a thought.
Click to expand...

They kept trying to make woke games to appeal to that radical crowd, and now look at what is happening to them one by one. Just outsource the game development to Eastern Europe and avoid these issues.

A letter to Ubisoft employees has outlined some troubling statistics regarding the toxic culture at the company, and CEO Yves Guillemot has promised change is coming.

Lol, my prediction in the New Year's predictions thread way back was that Ubisoft was going to cannibalize itself. I hate being right all the time
You must log in or register to reply here.