As the three hour advertising event of a lifetime approaches, the always lovely shinobi602 and I decided to put together a running commentary on announcement rumours, what is/isn't likely, and keep it updated as the event approaches.

VGX 2013 is this year's rendition of what was formally known as the Spike Video Game Awards, or VGAs for short. Hosted by Geoff Keighley and the rest of the GameTrailers mob, the VGA/VGX event is known for its awkward celebrity guests, weird award handouts, obnoxious advertising, and...video games announcements.

"I hate the VGAs", I hear your say. That may be true, but this year promises to be a bit different. Due to annual decreases in viewers, Spike/GameTrailers have revised the event's structure, hence the rename to VGX, to something that should hopefully be more appealing to you and I. Put it this way: previous years, when it was called the VGAs, structured the event as a typical Hollywood-style awards ceremony. That meant a live stage event, with an audience, celebrity/band appearances, award handouts, and so on, and ran for about an hour and a half. It was streamed almost exclusively on SpikeTV in America, and until last year was a bit difficult to watch online. Previously, in order to watch the event, you had to find someone UStreaming the event from the US, or something like that, while Spike producers tried to shut channels down. Last year was the first official stream, across Xbox Live.

This year the event, now named VGX, has been restructured into a pre-recorded studio stream. Gone are the stage, the audience, the celebrity cameos, and Hollywood presentation (we hope). Instead of being an awards ceremony it's more like a...awards stream? Game event? I don't know. The focus has apparently shifted towards games themselves, spending more time on video game content, including developer interviews, extended gameplay sessions, and so on. VGX this year will run around three hours, twice that of previous years, and not screen at the same time on SpikeTV (I don't think?). The Spike broadcast will instead be a highlights recap later on. The event itself is an internet stream extravaganza.

To get an idea of the caliber of games revealed and new trailers shown at the show, let&#8217;s look at history. Some notable world premiers and trailers in the past included: 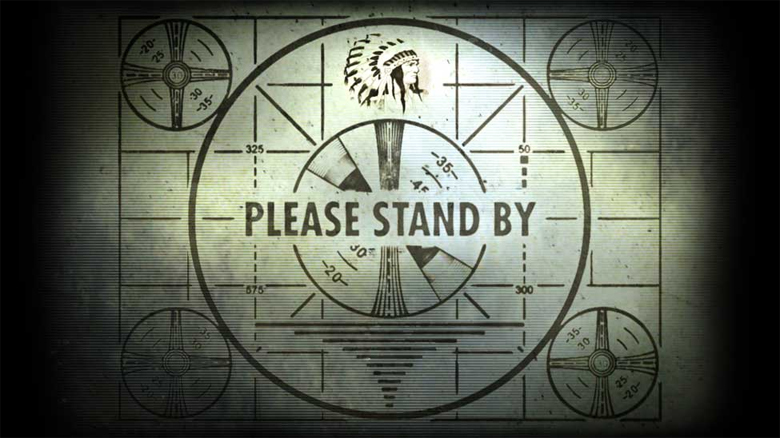 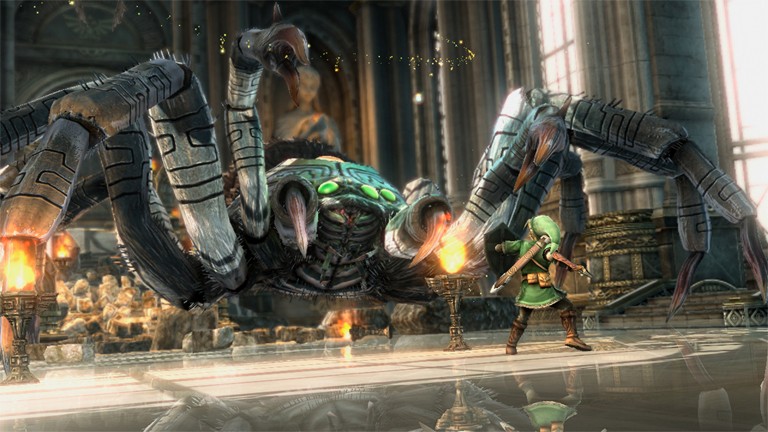 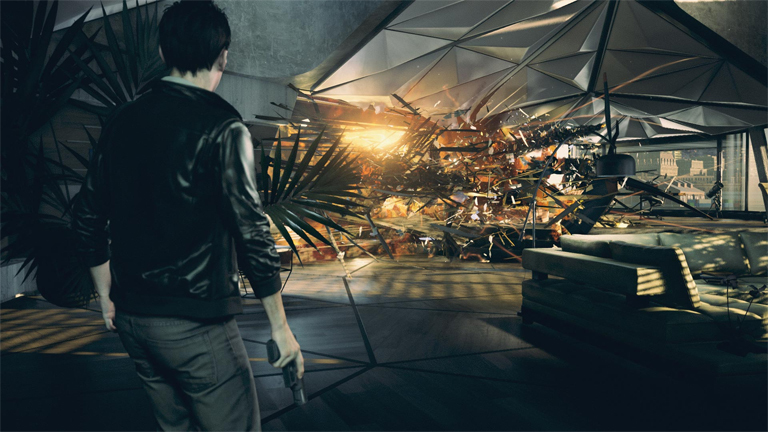 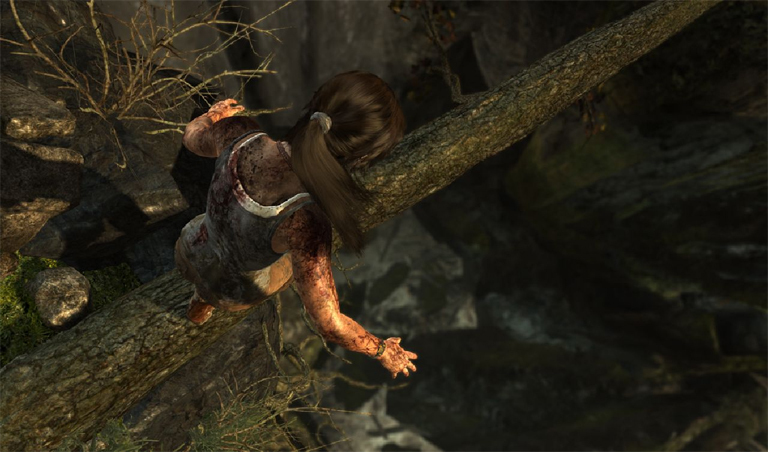 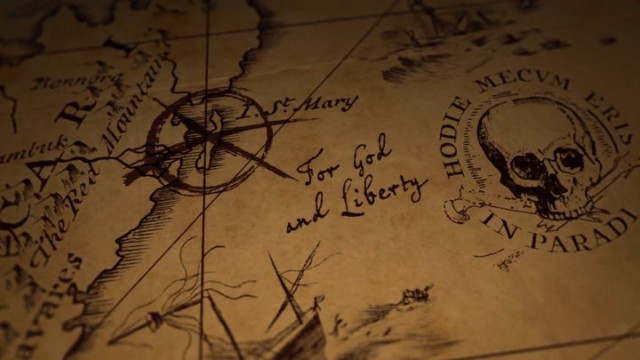 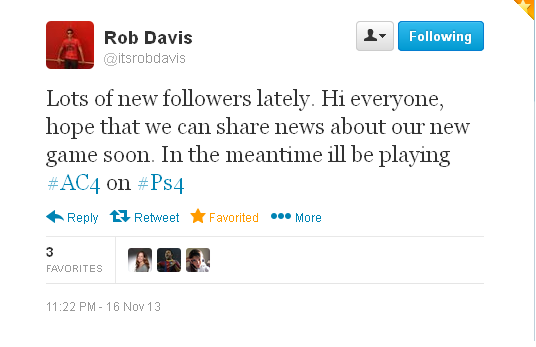 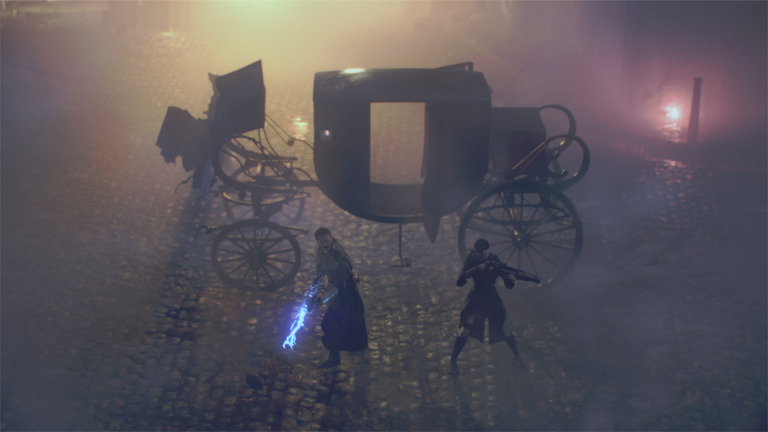 And, of course, I posted it in the wrong forum.
E

Anyway, I REALLY, REALLY hope we can see Fallout 4. I just need a new one in my life.
A

EatChildren said:
And, of course, I posted it in the wrong forum.
Click to expand...

I'm pretty excited for this year, given the format.
W

Add the Crash Bandicoot rumor to this as a wild card.
A

For some reason, I thought it was tonight lol. 1 month of anxious waiting incoming.

I hope we'll see some Halo.


The Dream Is Alive.
K

Cool. Will be watching.
B

Anyway, I REALLY, REALLY hope we can see Fallout 4. I just need a new one in my life.
Click to expand...

Sounds like it's Xbone related. Could be multiplat too I guess. But maybe a new teaser for Halo?
K

I want to see the previews, but goddamn, I don't want to watch the awards. Will probably skip it this year.
M

They need to start selling us on Summer games. I feel like both systems have decent launch and then a big title coming in March (Infamous and Titanfall) +Destiny Beta but after that thinks look pretty bleak as far as confirmed titles before E3.

kewlmyc said:
I want to see the previews, but goddamn, I don't want to watch the awards. Will probably skip it this year.
Click to expand...

Just put it on mute when they're not showing off new trailers.

Too early for a sneak peak at Star Wars Battlefront or more of Mirrors Edge?
A

Fallout and Mass Effect would also be interesting to see what next gen holds in store for those series. Of course assuming we get more then just some short little teaser.
S

Should Fallout 4 be announced/teased, my shoes would be blown right off my feet.

Resident Evil 6 announced for 360 believe.
B

This so much it needs to happen.
D

I read that as 3 hours of aids. I need to get some sleep.

From the strong contender list I wouldn't mind seeing something from uncharted, mass effect, deus ex, SSM's game or quantum break. Tomb raider and fallout can screw off.
L

Fallout 4 would be a pretty safe bet I would think.
S

Fallout 4 and Uncharted 4 are totally getting announced.
S

Don't let my loveliness fool any of you.

If we're in the business of talking shit about the announcements Keighley brings to the table for this, I dunno what will ever make people happy
I

Parappa the Rapper could be dropped here, as well. I'm going wild-card and saying Harmonix has it.
K

I'm crossing all my appendages for Fallout 4. I'm really curious about Halo 5, but setting my expectations to below zero.

The order seems very likely.
B

Impeccable said:
Parappa the Rapper could be dropped here, as well. I'm going wild-card and saying Harmonix has it.
Click to expand...

Sony hiring Harmonix for Parappa 3? Hmmm they were in the dev roundtable video from February.
K

Fallout 4 for Fall 2014 and I will be beyond happy! Anything else is just icing on the cake.
K

Is there a thread for the Nominees for awards?
O

Crash Bandicoot as a wild card. Gotta be.
D

I would expect something further for The Order: 1886, possibly gameplay.
B

It'd be cool if Nintendo showed something this year. A new Smash Bros trailer? Mario Kart? Bayonetta 2 or X!
D

You forgot to put Half-Life 3 in with the wildcard bunch.
Y

Hopefully it'll be a classier show than some in the past have been. Teabagging on stage... >_>
I

Hoping for the return of the Unreal franchise!
D

SkullHydra said:
Hopefully it'll be a classier show than some in the past have been. Teabagging on stage... >_>
Click to expand...

It's on Spike, right? It'll be trashy and an embarrassment for the industry.
B

But what about Chris Angel!?

Hypereides replied
Dec 3, 2021
Dragon Age 4 is reportedly in ‘very good shape’ ahead of a potential 2023 release