Good weather effects are something that can add a lot to a game's sense of place and believable atmosphere. Usually it's the more dramatic shifts in weather that grab our attention. Who can forget the first time they stepped out into Hyrule on a rainy night on the SNES? Or how about your first encounter with a thunderstorm on the streets of Liberty City? As hardware and rendering techniques continue to improve, we are slowly getting to a place where realistic weather effects in games are becoming the rule rather than the exception.

That being said, there's a certain last-gen game that really made an impact on me with the way that it handled shifts in weather. That game was Bully on the PS2. 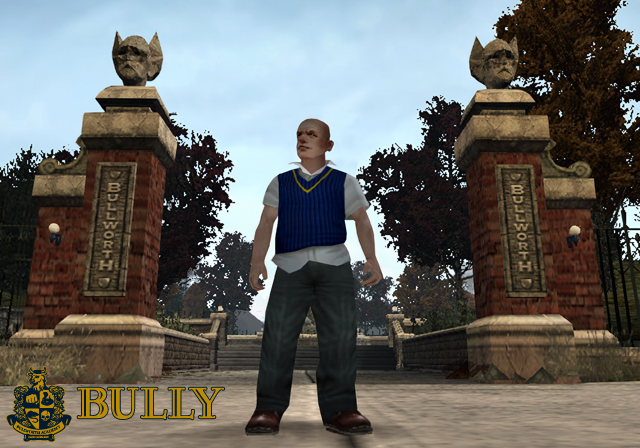 For those of you who never played this great game, I'll give you a quick rundown. Bully was an open-world action-adventure game developed Rockstar Vancouver that put you in the shoes of a troubled teenager who has been shipped off to boarding school for a year while his parents go on vacation in his absence. The game is set in an around this prestigious boarding school, eventually opening the player up to a rather large neighboring city with tons of things to do and places to explore.

Since the game's story progresses over the course of an entire school year, we get to watch the entire game setting shift and change with each passing season. We start the game at the tail-end of summer, when leaves fill out the trees and the sun beats down through a clear blue sky. After a pivotal story segment that takes place on Halloween night (complete with costumes and teenage hi-jinks), the game world shifts into the fall season. The second you walk outside your dormitory and see the leafless trees and cool greyish-blue skybox with the sunlight struggling to break through an early-morning mist, you can practically smell that change in the air that comes with the new season. If you've played the game, you probably remember how convincingly, yet subtly this was handled in the game.

But the most dramatic and visually impressive change comes when the game hits Christmas time. Suddenly the town you've been exploring all this time is blanketed with fluffy white snow. All of your classmates and denizens of the city outside the gates now don scarves and heavy jackets as opposed to the lighter clothing that they wore before. Your mom sends you a festive Christmas sweater with Rudolf on the front. Honestly, I have never seen winter/Christmas time conveyed this fully and honestly in a game. I felt completely transported and my memories of Christmas with family up north (Michigan) began to flood in. Rockstar Vancouver had to essentially re-skin the entire setting and all of its inhabitants. I'm just incredibly impressed by that.

It probably helped that I was playing this game sometime around November of 2007, when the colder weather was finally starting to roll into Florida. I find myself to be in a generally better mood at all times when the typically hot and humid climate in Florida shifts for a measly three months into something much cooler and more pleasant. Feeling the cool air come through my apartment window while running around Bullworth Academy, blanketed by the cool-blue tint and icy haze that accompanies wintertime in the game, I was completely immersed in this virtual place.

Eventually the game finishes in late-spring/early summer, where things begin to look like how they did in the beginning of the game, lending a nice full-circle feeling to the ending. The weather that surrounds us in real life can affect our moods without us always realizing it, and I think that the virtual weather within Bully had a very similar effect. It kept the game always feeling fresh throughout and really sold Bullworth as a believable place.

So what game do you think handled weather changes the best? The example I chose dealt with plot-based, long-term shifts in weather, but feel free to include more traditional real-time examples of great weather effects. If it weren't for Bully, I'd probably have to go with Red Dead Redemption for how it well it depicted shifts from day to night, sudden rainstorms, and the shift to icy wilderness when heading up into the mountains.

Wave race on Gamecube, storms were quite impressive and life-like.

Also avalanches on 1080° for Gamecube as well were pretty good in my opinion.

This gets my vote. The puddles that form on the dirt roads look great.
I

WW gets an honorable mention.
G

Hate to say first post nails it, but this was my first thought. Especially the rainy days... loved rainy days. Also, there is always something about the fall and winter where I feel compelled to start up AC again. Love the seasonal changes in that as much as I do in real life, ha.
S

This. The game did natural ambience better than any I've ever seen. Countdown until someone posts the hi-res video.
B

edit: gothic2 did well too, with all npcs complaining about the weater as soon as rain starts.
T

Animal Crossing I would say.
The weather and seasonal changes were integral to collectors and to seeing and doing everything the game has to offer.
G

Harvest moon: a wonderful life deserves to be also mentioned, the passing of seasons was nicely brought to life indeed.
S

You guys are making me want to play Animal Crossing. I own it, but I barely played it.
A

I thought it was pretty cool in the final boss fight in Dead or Alive 2 Ultimate when Tengu stomps his foot and the seasons change.
G

Well. The game that everyone was thinking is posted first. Good to see.
B

Gianni Merryman said:
Harvest moon: a wonderful life deserves to be also mentioned, the passing of seasons was nicely brought to life indeed.
Click to expand...

This is what I came to say.
Unlike other Harvest Moon titles where the weather immediately changed as the seasons did, the weather changed gradually.
IE: In Winter snow would slowly build up on the ground as it fell, then it would slowly melt away in the Spring, rather than just "Oh shi-, it's gone"

I agree with Bully. It was my first Rockstar game, and after that I was quite disappointed that the GTAs don't have seasons. I just think that some weather changes were too subtle to really notice, I couldn't find a big difference between Spring and Summer.

I think Twilight Princess and Wind Waker did weather changes greatly. Especially Wind Waker, when it turns from sunny in a moment. (Clearly not the best pics, but I only found these). It adds so much to the atmosphere when it's raining. I really love it in these games. Oh,and of course the seasons in the fishing pond, Twilight Princess.

I think the Giza Plains in Final Fantasy XII should also get a mention. After you progressed quite a bit in this game, Giza Plains changes the season each one or two hours. One hour it is almost as dry as a desert, and in the other hour it is a green swamp, with new routes, maps and sidequests to find.
L

Came to post this. The rolling thunder, rain and snow were all well done. 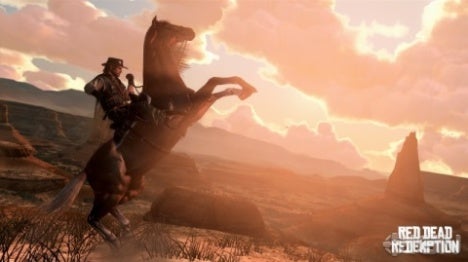 Animal Crossing/Harvest Moon. The weather changes really change the mood of the game, as well as the seasonal changes altogether. Other games might have prettier weather changes but they don't effect the way you feel when playing a whole lot.

Thunder storms in RDR were a beautiful sight though.
D

HM: Magical Melody and RDR get my vote.
Q

Red Dead Redemption. But then again, that was my GOTY for 2010 and I am extremely biased towards it. Those sunny-day clouds, foggy mornings, desert sun in Mexico, rain with lightning, and clear starry night were some of the most perfectly implemented weather effects I have ever seen.

Edit: I would have to say Animal Crossing is my runner-up. I loved how each weather pattern had certain effects to go along with it. Special bugs, fish, animations, activities, and etc.
K 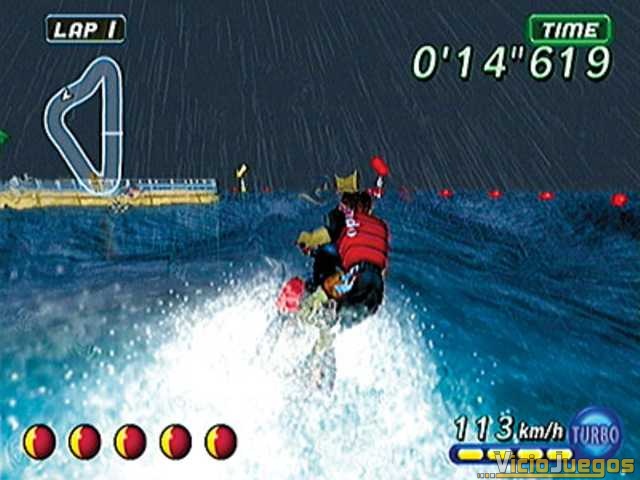 Shadow of the BEAST

we can close this thread now.
B

The thunderstorms in Red Dead Redemption made me believe in god again.
D

Rain in The Witcher 2 is fantastic graphically, probably the best weather effect I have seen. And the NPCs react appropriately.
B

This isn't even close.
ISN'T. EVEN. CLOSE.
The greatest game of all time reigns supreme yet again.
DAT Magic Weather

Came here to post this. I think Skyrim will surpass it though.
L

I really liked the whether change in Gears 3 at
Act 5 after taking down tornado thing
.

First game that came to mind when I read the thread title. I especially liked the mountain lake area when the weather started out fierce and then calmed down.
H

Day, afternoon, evening, night time, rain, thunderstorm, heat wave, fog, shooting stars and a aura borealis-like effect. The change in weather also made stronger enemies come out during the night and you'd have to wait to find a specific unique monster to appear.

Cloud shadows are such a simple thing from a conceptual perspective and yet they do so much to add to the atmosphere.
D

JetBlackPanda said:
The thunderstorms in Red Dead Redemption made me believe in god again.
Click to expand...


Amen to this! And the snow in the opening chapters of Mafia 2 lifted my spirits completely. That said, the weather changes in Bully are really fantastic- they flow so well with the progression of the story. Rockstar amazingness!
S

My vote goes to Shenmue as well, but dat narrator lol
A

edit: gothic2 did well too, with all npcs complaining about the weater as soon as rain starts.
Click to expand...

They also run to get inside/under cover if I'm not mistaken. Was cool at the time.
S 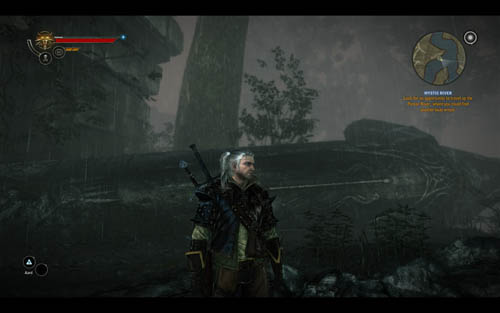 Came in to say Bully. Halloween actually felt like Halloween. Christmas like Christmas. Damn that game had a great atmosphere.
N

only the first, sadly
N

Throw me in for Animal Crossing, you saw the rain and you knew it was fishing time. The later editions also had some minor alterations to the music during the rain. Same deal for Snow, the GC version got the extra treatment as well for snow music whereas rain got you this every time.
Worth noting that rain was a permanent fixture in the GC version until you turned the game off but later entries had the rain able to start up and die down during the game.

That said any game that can throw a torrential downpour in at any time gets a nod from me.
A

Red Dead Redemption and Gran Turismo 5.
You must log in or register to reply here.

Blue Stinger - the best Christmas themed game of all time? Or what's your fav?

Dec 1, 2020 started VGEsoterica
Dec 8, 2020
Pantz
2
Is the Map in The Crew/Crew 2 one of the biggest unsung achievements in gaming history?