Yesterday’s Halo Infinite Gameplay Was From an Earlier Build of the Game, Greenberg Confirms; It’s Just Going to Get Better and Better

This can be put into the alanah pearce thread. Same topic.

The Halo Infinite Xbox Series X gameplay that Microsoft showed off during yesterday’s showcase, apparently was from an earlier build of the game.

After years of waiting, Microsoft finally debuted gameplay of the upcoming new Halo title running on its next-gen console, the Xbox Series X. Many fans, however, expressed criticism over the game’s visuals, more specifically suggesting that the game doesn’t look ‘next-gen’.

Presenter and former IGN host, Alanah Pearce, addressed this issue in a newly released video following an interview with Microsoft’s Xbox marketing manager, Aaron Greenberg, both of which videos we’ve included below:


In the interview with Greenberg, Pearce asked about Infinite’s graphics, after which Greenberg replied that, on top of being in a global pandemic and months away from a release, the gameplay that was shown is from an earlier build of the game.

“Yea, I mean listen, Greenberg replied. “We’re in the middle of a global pandemic. It’s July, we’re far from Holiday, you’re seeing a work-in-progress game. That said, you’ve probably watched the stream in 1080p, maybe. So we’ve put up a 4K 60[fps] on-demand stream. Go look at the game in 4K and 60FPS.”

The marketing manager added, “it’s very hard to show the full power and graphic fidelity of what Xbox Series X will be able to deliver for you over a stream. So go back and look at it in 4K and 60FPS. The only thing I’ll just say is, it’s a work-in-progress. So, what’re seeing today, and I can tell you because we see check-in builds every week, and they [343 Industries] made progress week after week. Between now and Holiday, it’s just going to get better and better.

Yesterday’s Halo Infinite Gameplay Was From an Earlier Build of the Game, Greenberg Confirms; It’s Just Going to Get Better and Better

Yesterday's Halo Infinite gameplay was from an earlier build of the game and its visuals will be improved, Aaron Greenberg confirms.

What do you guys think of this ? 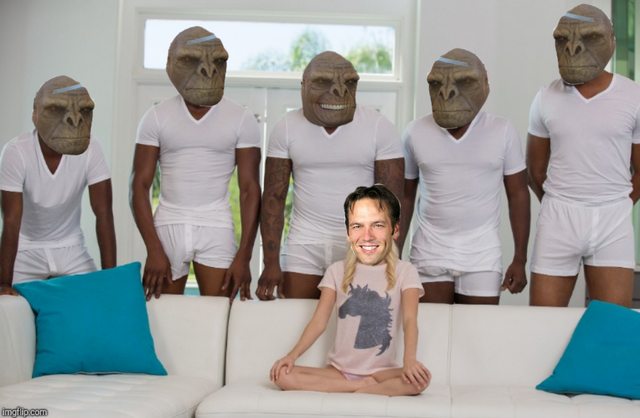 I am an insider and can confirm this build was from 1978.
Reactions: kikii, Nankatsu, Mokus and 1 other person

sonomamashine said:
“We’re in the middle of a global pandemic. It’s July, we’re far from Holiday, you’re seeing a work-in-progress game. That said, you’ve probably watched the stream in 1080p, maybe. So we’ve put up a 4K 60[fps] on-demand stream. Go look at the game in 4K and 60FPS.”
Click to expand...

Sounds like sad excuses.
Reactions: Devilich, Portugeezer, Hayfield and 2 others

Why didn’t they put a disclaimer or something during the gameplay then?
Reactions: Devilich and JLMC469

It’s just going to get sadder and sadder...
Reactions: Devilich

There's going to be a team of graphic devs watching that and saying goodbye to their loved ones for the next four months.

Why do they allow Greenberg to speak?
Reactions: Mokus, Kdad and chilichote

Where exactly does it say it's an earlier build? He just says it's a work-in-progress (which ofc it is), but seems like the build is obviously up-to-date to July.

This seems like damage control with no basis.
Last edited: Jul 24, 2020
Reactions: chilichote and PropellerEar

joe_zazen said:
I am an insider and can confirm this build was from 1978.
Click to expand...

I can confirm you never saw those type of graphics back then.

That's the same with any trailer. (I think Halo looks fine btw, especially at 60 fps)

"Greenburg confirms" is meaningless. People saw the footage for themselves, footage that Microsoft was proud to showcase and was boasting about in the weeks/months leading up to the event.
Last edited: Jul 24, 2020
Reactions: -Arcadia-, Devilich, ZywyPL and 2 others

They have had 5 years.
They will have known roughly the Series X specs 3 years ago and can just emulate that with PC hardware

They have had 90% of the dev time already, COVID or not. But the game looks bad to the point where something has clearly gone wrong. The Series X has good hardware and is far more capable than this. I would even say it looks a little weak if it was the X1X version they showed. But Series X / PC?.....nah they are taking the piss if this is all they have to show for their supposed premiere IP. People need firing, that’s how bad it is.

Really? How much better?

I don't think they can change much, other than optimizing it for launch. Making big changes so late, it's risking to deliver a game filled with bugs. 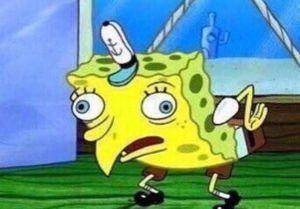 That's how it reads to me, and I just loled.