Yes, lore fans, it seems at least in this case, Assassin's Creed and Watch Dogs exist in the same Ubisoft universe. Darcy, a member of the brotherhood with the trademark hood and stealth, will appear as a character in the game.
Click to expand...

"The AC crossover has been a long time in the making for us as a team," live producer, Lathieeshe Thillainathan told GamesRadar. The Watch Dogs Legion team worked with the Assassin's Creed team to bring the idea to life and create the female assassin.

"Darcy herself is heavily inspired from the Assassin's Creed universe, her movement style, her look, her abilities. She'll also have dedicated content that is specifically part of the AC universe that I can't go too far into it just yet."
Click to expand...

...more familiar couple of characters who will make a return in the game are Aiden Pearce from the original game, and the much-loved Wrench from Watch Dogs 2. They'll have their own storyline with a new campaign called Bloodlines, and you'll be able to play through the main game as Aiden, Wrench, new character Mina (who has mind control powers), and Darcy.
Click to expand...

Alongside these narrative treats, players can expect the standard co-op modes, dynamic events, an arcade-like spider bot battle arena, and a return of invasions throughout Year One. Thillainathan admits he's looking forward to seeing groups of grandmas working together to handle the challenges.
Click to expand...

till pretending. WD1 sold on the back a new gen new ip. WD2 didn't not perform as good despite apparently being a better game.

WD2 has sold 8 million (might actually be 10 now) copies. People like to pretend it's a tiny series that nobody wants. 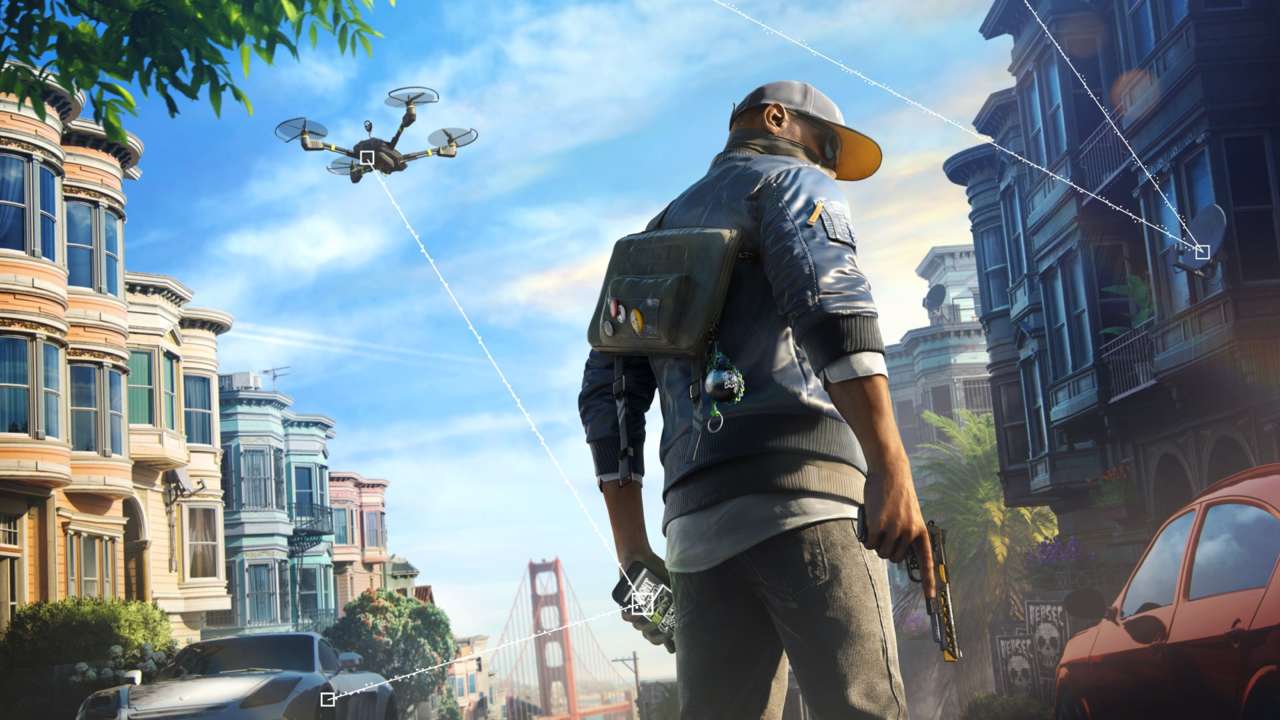 R6Rider said:
WD2 has sold 8 million (might actually be 10 now) copies. People like to pretend it's a tiny series that nobody wants.

The 2nd game has been heavily discounted since 2 months after release so I'd imagine that it's a game that people are happy to pay $20 for. I wouldn't expect Legion to perform that well, particularly at $60/$70.

Watchdogs 2 wasn't horrible and it was definitely better than the first game, but it didn't strike me as being anytbing but a run of the mill open world game from Ubisoft. Legion legitimately looks dreadful to me. London is cool snd has my interest but everything else I have seen so far looks dull and uninspired.
Reactions: Intel RTX HD-LameLake 24K, fatmarco, dotnotbot and 1 other person

Their games are so similar it makes sense.
Reactions: I Love Rock 'n' Roll and NeoGiffer
E

I would say that road maps are usually a good way to let you know not to buy the game but this being a watch dogs game by ubisoft just makes it redundant.
Reactions: NeoGiffer

I bet that in those Ubisoft offices someone proposed to include Sam Fisher in year 1 content.
Reactions: R6Rider

R6Rider said:
WD2 has sold 8 million (might actually be 10 now) copies. People like to pretend it's a tiny series that nobody wants.

ubi bashing is so strong that i didn't thought sales were that good.

i love the first 2 games but i really don't know about this game, it's seems to be trying to do too much and none of it is any good, regardless i won't be playing this as it's not coming to steam.

Came looking for this!
Reactions: MrS

I was really excited for this game, but the more they show it off, the less I got into it. This probably relegated it to a $10 purchase in 2021.
S

There’s a huge disconnect between the number of games Ubisoft sells and the hatred generated towards them by the people at this forum. The series has sold more than 20 million units, a staggering number.
Reactions: R6Rider and Dr. Kitty Muffins

Yes, nothing makes me want to buy a game more than seeing a list of things that I won't get on day one.

And it's gonna be called: "Assassin's dog, episode 1: Legion's not for women - they don't sell". Reeeee is gonna love that!
You must log in or register to reply here.