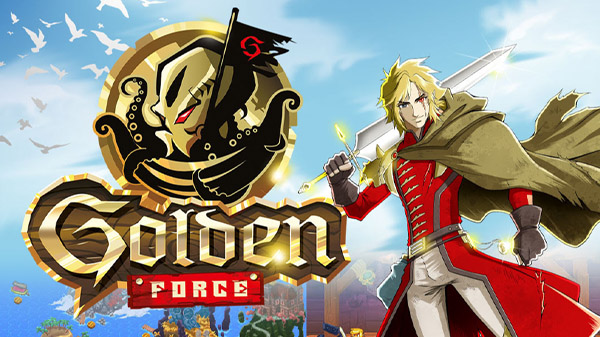 Publishers PixelHeart and Just For Games, and developer Storybird Studio have announced Golden Force, an action adventure platformer due out for PlayStation 4, Xbox One, Switch, and PC Via Steam in Q4 2020.

In addition to a digital release, physical editions will be available in Europe via the PixelHeart store. Here are the details:

The King of Demons set his sights on Muscle Island, a paradisaical and peaceful place where it’s good to live. This evil person settled his army and persecutes the population with the help of his generals.

Wasting their last coins in the taverns of the island, mercenaries from the dreadful Golden Force enjoy their last moments of vacation when they receive a new contract: beat down this new evil ruler and recover the mountain of gold in his possession.

When there is gold and a promise of great battles, you can count on the Golden Force to save your butt!

Source: Gematsu
You must log in or register to reply here.